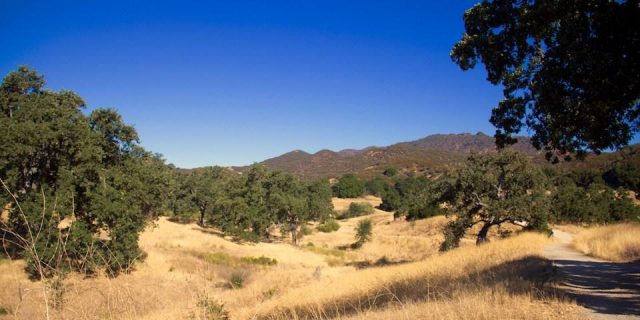 If you’re looking for a day trip outside of Los Angeles, trailer your horse to Paramount Ranch — or ride with one of the trail riding companies! You’ll get amazing views and a chance to ride where a number of television shows and movies have been filmed. 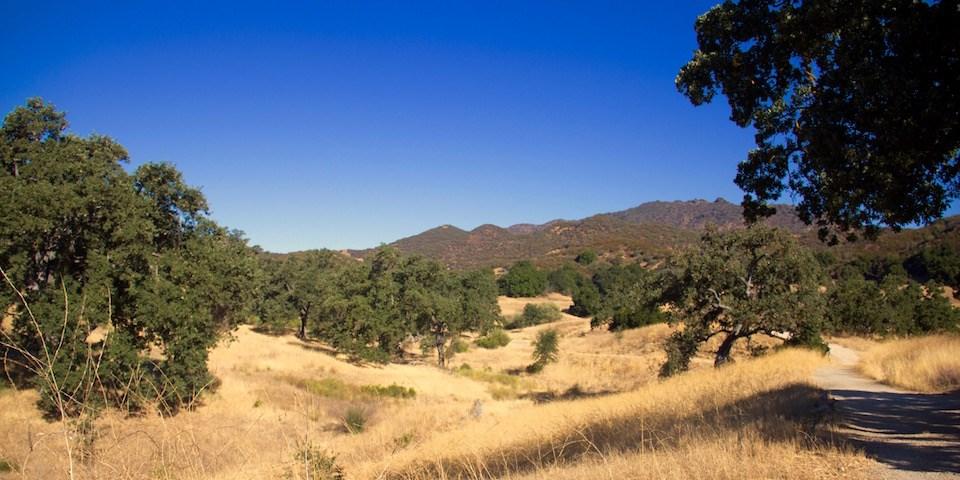 Passing through LA? Whether your horse is along for the trip or not, experience Old Hollywood and plenty of nature at Paramount Ranch in the Santa Monica Mountains National Recreation Area.

Back in 1927, Paramount Pictures purchased 2,700 acres of land that had once been part of the 1802 Rancho Las Virgenes land grant in which to film movies. Since 1953, when William Hertz purchased a portion, Paramount Ranch has changed hands many times but has remained a popular filming location throughout it all. Movies and shows such as The Cisco Kid, Gunsmoke, Dr. Quinn, Medicine Woman, Westworld, Firefly, and Maid of Salem have filmed there (check out this list!). In addition to the movie history, you’ll enjoy stunning views and a diversity of wildlife and plants, including the rare valley oak savanna.

The Santa Monica Mountains National Recreation Area is the largest urban national park in the US and the world. It boasts 500 miles of trails (including Paramount Ranch) and is open year-round. 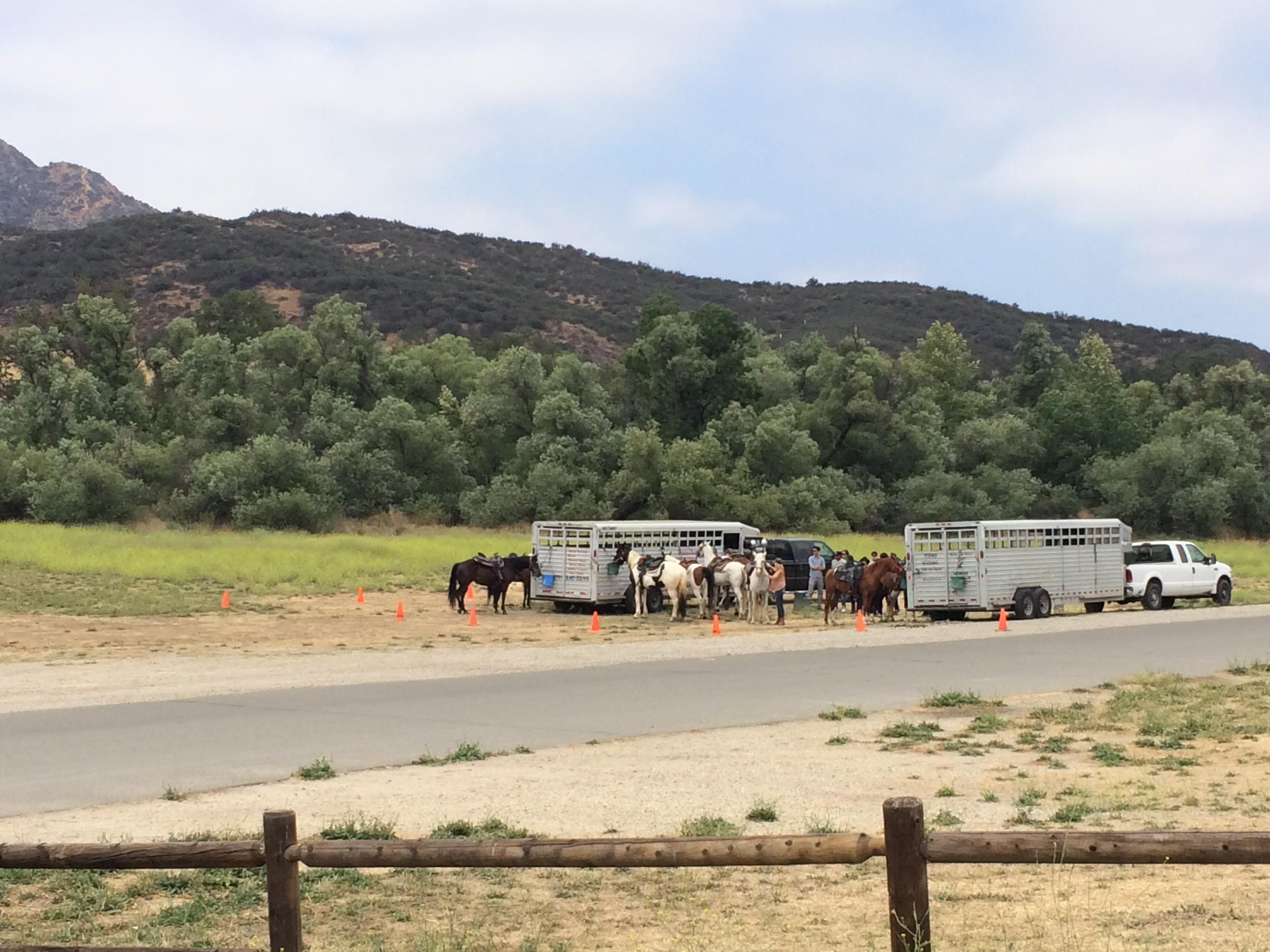 You can trailer your horse in to take advantage of trails, or you can book yourself a ride with one of the trail companies that offer regular jaunts through this beautiful place.

If you think you’d like to come to Los Angeles and check out the Paramount Ranch at the Santa Monica Mountains National Recreation Area, here are the pros and cons of the overall experience. 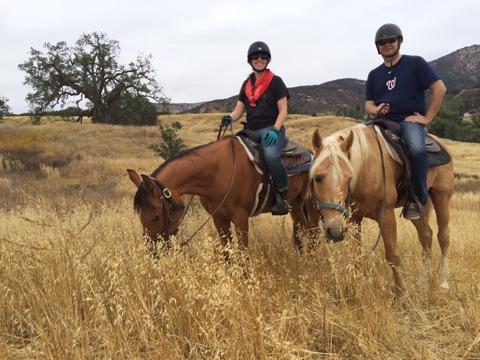 Everywhere you look is gorgeous. In the early mornings, the scent of cowboy sage fills the air, there are streams to splash through, and wildlife including red-tailed hawks, coyotes, deer, and bobcats to enjoy. Even though the ranch isn’t far from LA (30 miles from my home), it seems as though the city is a continent and age away—as if you’ve caught a ride in a flux-capacitor-equipped DeLorean and been transported to a time before California existed. While the Paramount Ranch Loop is just about three miles, there are all sorts of additional trails to explore.

The trails are well-maintained, and there’s water.  While there are rocky areas and others where it’s hard as concrete (welcome to Southern California!), there are ample amounts of softer footing ripe for higher speeds than a walk or trot. The Paramount Ranch Loop winds through streams the horses can enjoy, up inclines, and through wide-open spaces, all of which offer a pleasant, unchallenging three-mile ride. 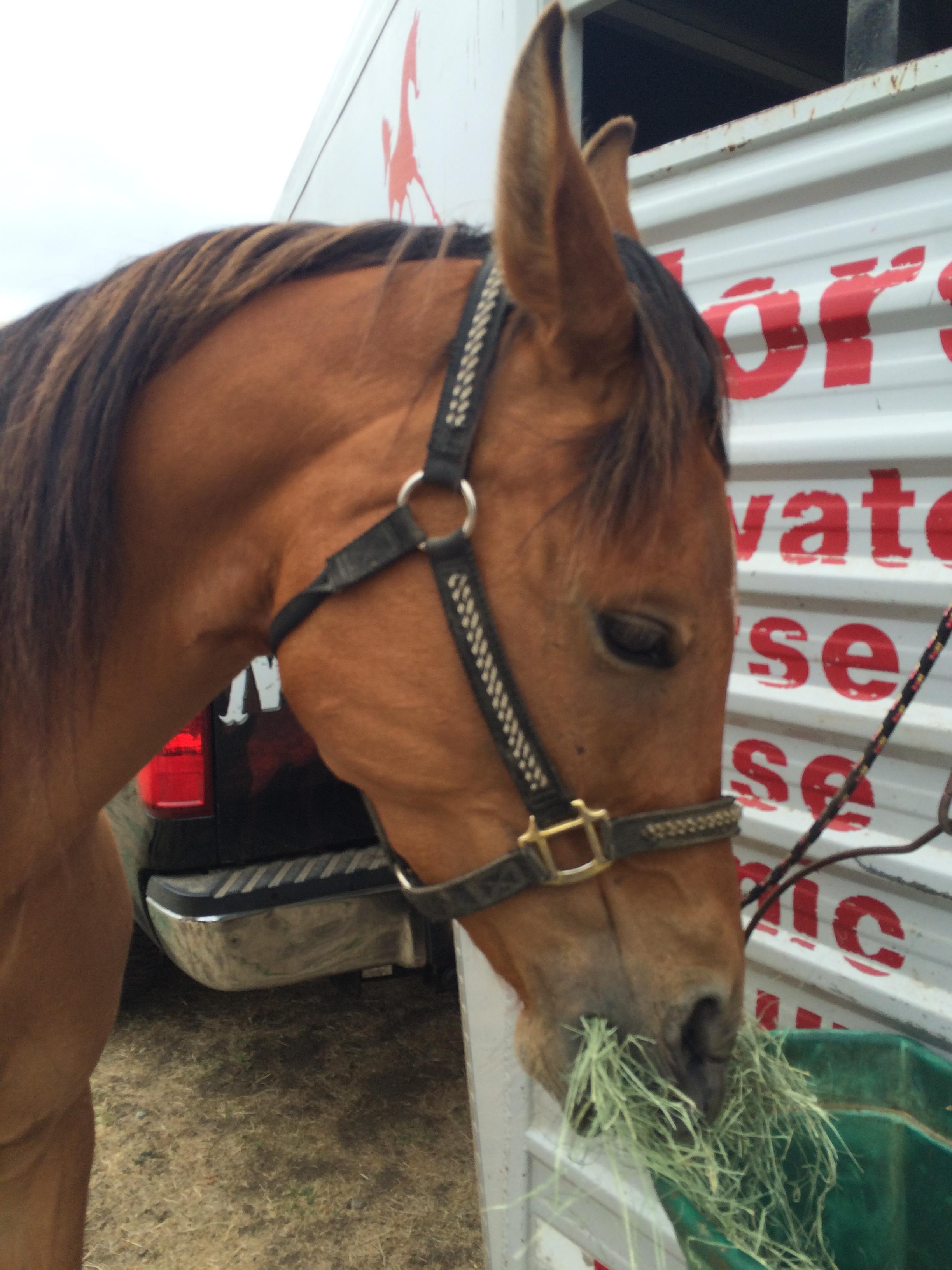 The sheer size of the Santa Monica Mountains National Recreation Area enables you to choose your own adventure. Some of the other trails at Paramount Ranch include riding though where MASH was filmed! Outside of Paramount Ranch, there are nearby trails that take you past incredible Pacific Ocean views, historical ranchland, and more.

There’s no camping access at Paramount Ranch, and there does not seem to be equestrian camping close by (although there are plans for the Ronald Reagan Equestrian Campground). This perhaps makes it better for a day trip with your horse or as a part of a paid trail ride with one of the various guided trail ride companies (my husband and I rode with Malibu Riders). 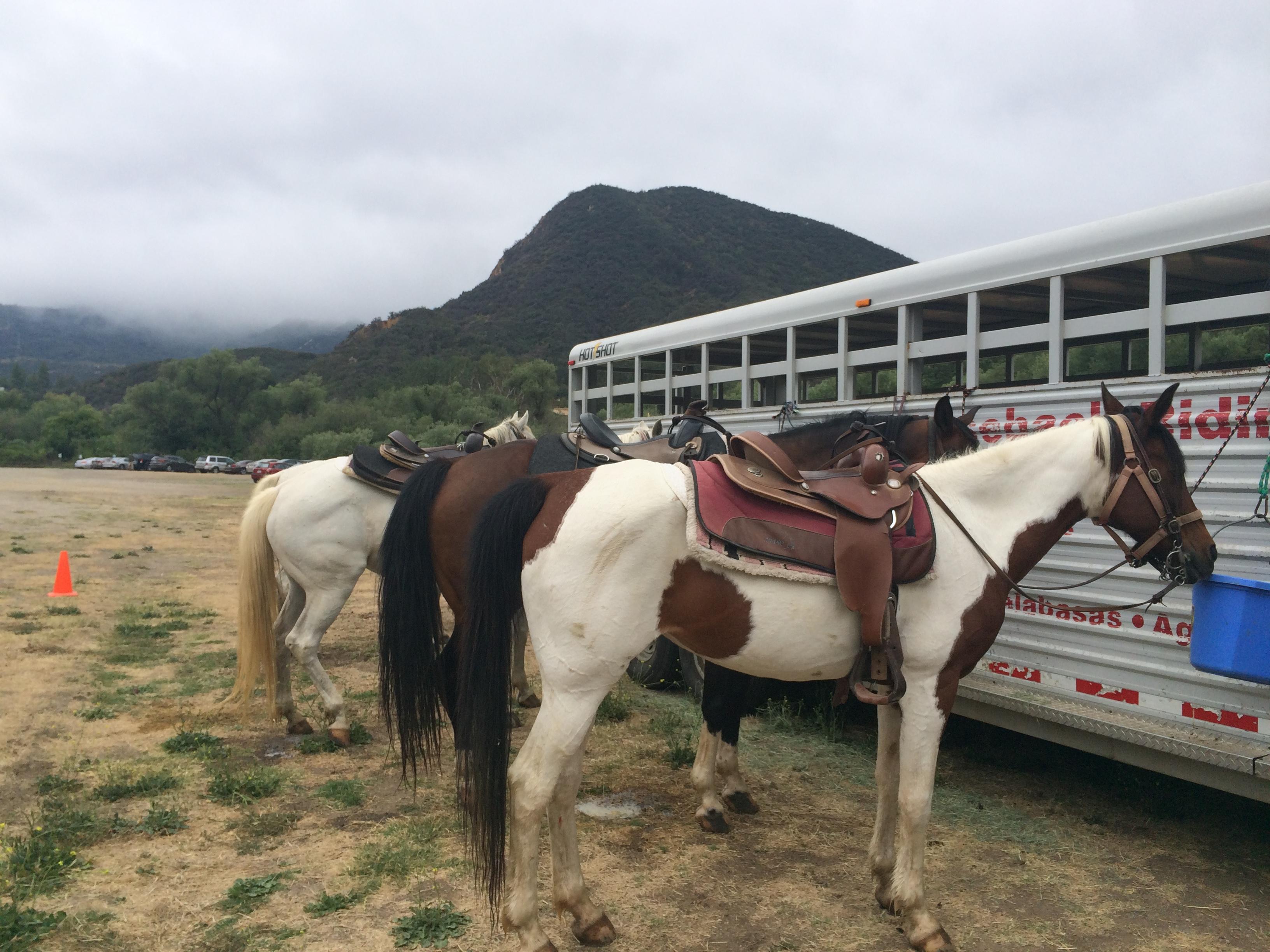 Additionally, the Woolsey Fire has left a portion of the Paramount Ranch’s sites (including Western Town) closed until further notice. Finally, the Paramount Ranch Loop, as well as many other Santa Monica Mountain trails, are heavily trafficked on the weekends—it’s best to go early in the morning or during the week.

Hit the trails and go riding!