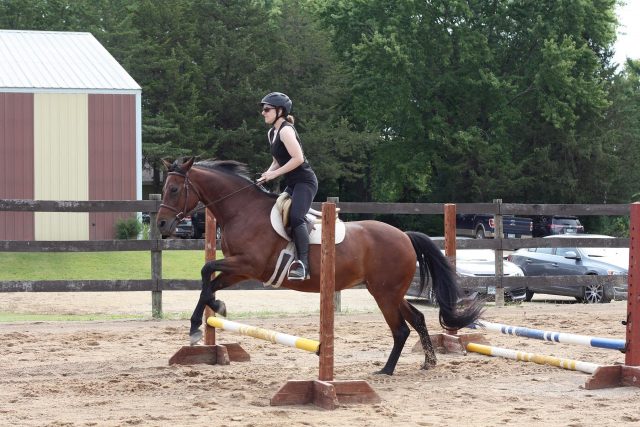 March 9, 2021DeAnn SloanReader Submission#ESSAY, Mental HealthComments Off on Horses as Healers of Women’s Health and Intuition

“As my riding improved, it contradicted every message that had fueled my eating disorder. My body didn’t have to look perfect to function perfectly. It could be a source of pleasure instead of pain. Exercise could be fun instead of torment.” 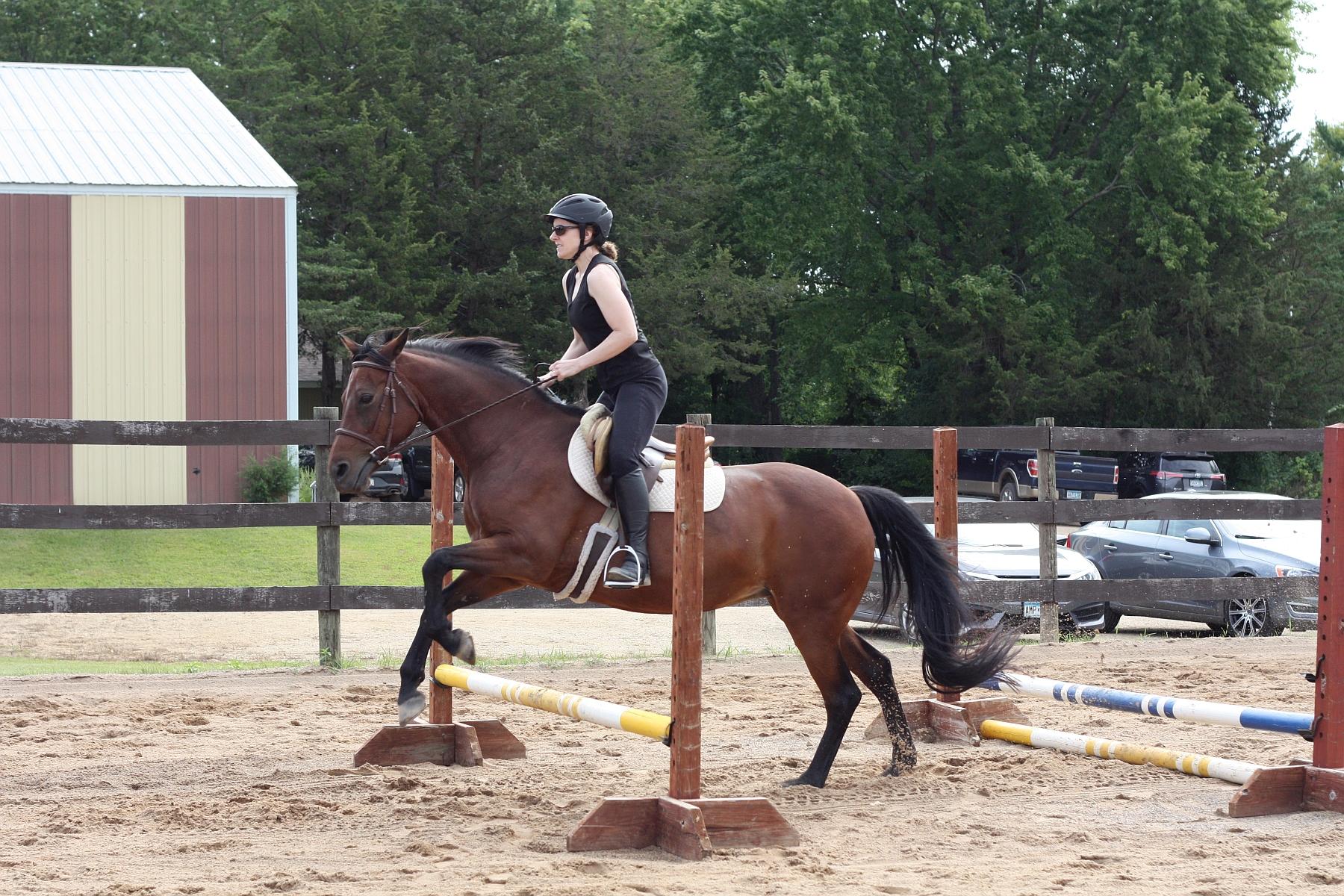 Historically, English-style horseback riding was reserved for the elite: wealthy white Westerners for whom leisure was an occupation, if not a birthright. Picture Henry VIII donning armor to joust. Barons leaping hedges as they hunt foxes. Prince Harry posturing on the polo pitch. Heiresses flaunting designer hats at the Kentucky Derby. Bleach-blonde celebrities jumping fences in top-tier arenas.

Lighter riders allow their horses to run faster and jump higher—something time and money make easier to achieve, so historical restrictions led to a sport dominated by imagery of young, white people who are thin, long-legged, and perfectly coiffed. Common sense suggests any sport associated with that imagery would be unhealthy for a middle-class, middle-aged, middle-sized woman in recovery from an eating disorder, but that wasn’t the case for me.

I stumbled onto riding at age 36 nearly 10 years ago, thinking I’d take a few lessons as a lark—fulfillment of a girlhood fantasy left over from a week of horse camp at age 12. But the joke was on me: By the end of my first lesson, I was hooked.

Riding mentored me through therapeutic breakthroughs that ranged from superficial to spiritual. Wearing breeches that showed every bulge and dimple became no big deal. Every rider at the barn wore them, and we were real people, not twiggy models featured in ads. The men and women of all ages, sizes, races, and socioeconomic brackets I met at the barn didn’t notice how anyone looked in breeches. What might have divided us in the outside world disappeared in the face of our mutual affection for horses. The horses and other riders accepted me without conditions, and in time, I learned to accept myself.

Riding is as much about intuition as it is about skill. The first thing it taught me was that I had to listen to my body—something I’d forgotten how to do. It revealed the inner voice I’d once relied on but that an eating disorder had silenced with reminders of all the ways I fell short of perfection. Horses operate on intuition and prefer riders in touch with their own, so riding served as practice for tapping into my inner guide. Each time I sat on a horse’s back, my brain’s tyranny faltered. My head could issue all the orders it wanted, but only intuition could identify what was right, and only my body could tell the horse how to make “right” happen. Mind and body had to become partners fluent in two-way communication. Gradually, dictatorship gave way to democracy.

As I wrote in Stable Weight: A Memoir of Hunger, Horses, and Hope, I had been conditioned by male authority figures to get out of the way, subvert my needs, and shrink in pursuit of invisibility to avoid reprimand. That approach doesn’t work with horses. They want a partner who will lead, and they test every person to see if she’s up to the task. Convincing a 1200-pound animal that I’m his equal requires taking up space and projecting a calm, confident presence. As with dancing, if I show the horse when and where to move so he doesn’t get in my way, he knows I’ll lead and wants to partner with me.

Riding showed me that I can and should occupy space because, like dancing, healthy relationships require give and take. Every moment with a horse hinges on that balance. If I give too much, the horse thinks he’s in charge, and that can be dangerous. If I take too much, he grows resentful and retreats from partnership, leaving us at a standstill. I learned to recognize what real leading in partnership felt like because when that balance waned, the consequences were immediate and concrete: a horse that wouldn’t move or that spooked and launched me from the saddle. That intuitive knowledge transferred from riding to my personal and professional relationships.

As my riding improved, it contradicted every message that had fueled my eating disorder. My body didn’t have to look perfect to function perfectly. It could be a source of pleasure instead of pain. Exercise could be fun instead of torment. The more I took care of my body, the better I rode. Before I knew what had happened, I found myself wanting to be strong rather than skinny, flexible rather than faint. And nothing could have taught me to believe in myself more effectively than learning to jump fences on horseback.

Horses are expensive, but riding is no longer restricted to the elite. My investment in a helmet, boots, and lesson fees has reaped dividends more valuable than I can measure.

Sometimes I wonder: if I’d had the means and access to ride as a child, could I have avoided an eating disorder? It’s impossible to know, but I’m grateful to have discovered its benefits at any age. And as I near the half-century mark, riding allows me to dismiss media depictions of aging women as “in decline” for awe at everything we middle-aged women can do.

About Lisa Whalen:
Lisa Whalen’s debut book, Stable Weight: A Memoir of Hunger, Horses, and Hope, is available from Hopewell Publications. She teaches writing and literature at North Hennepin Community College. In her spare time, she is an equestrian and volunteer for the Animal Humane Society. Follow her @LisaIrishWhalen on Facebook, Twitter, Instagram, Pinterest, and her website. 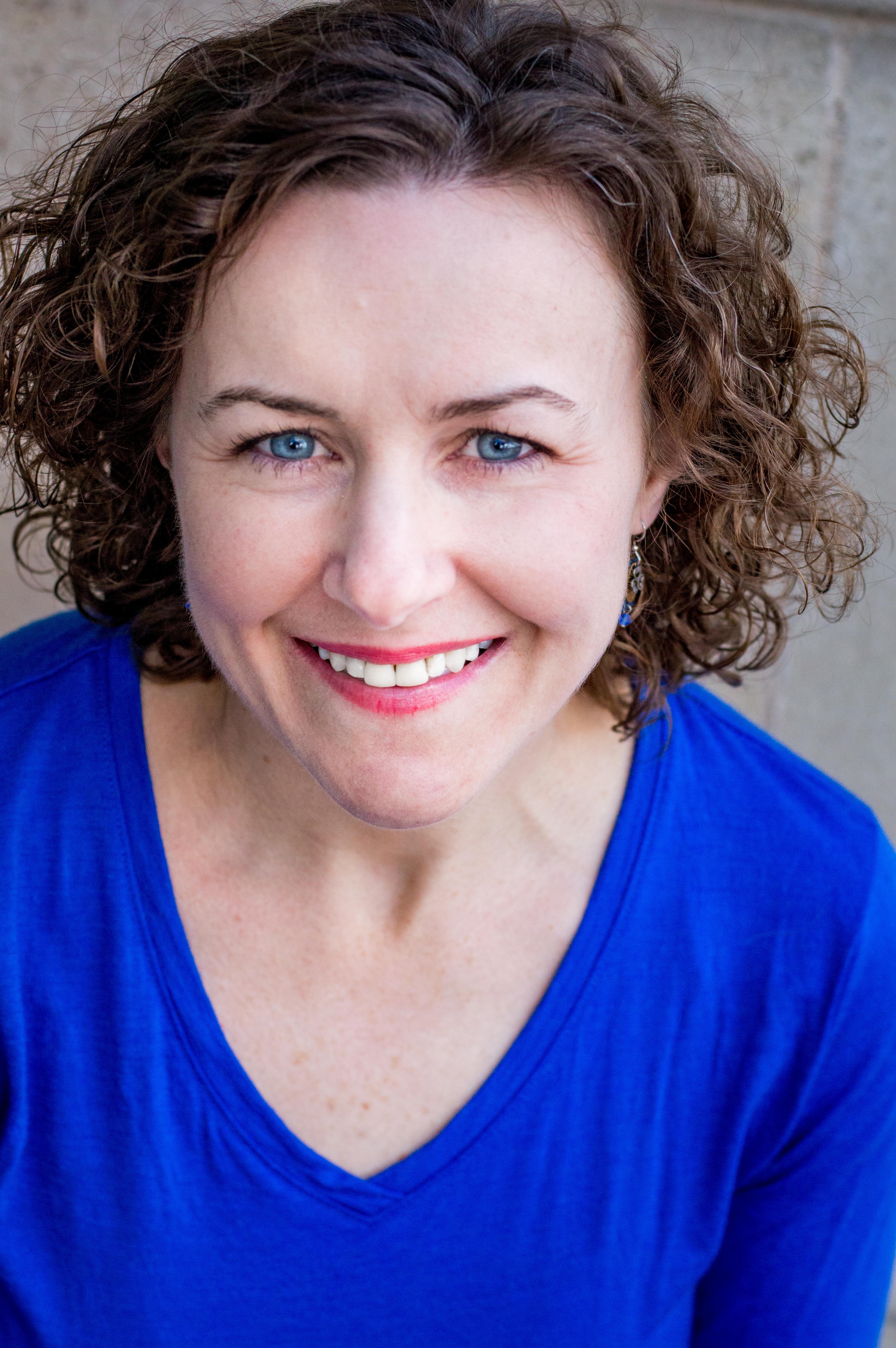