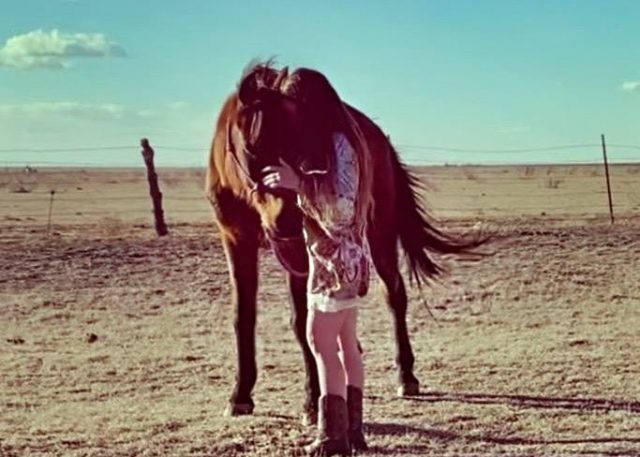 After searching for her horse since 2013, Kayla Pevytoe has been reunited with Dixie, thanks to Stolen Horse International. 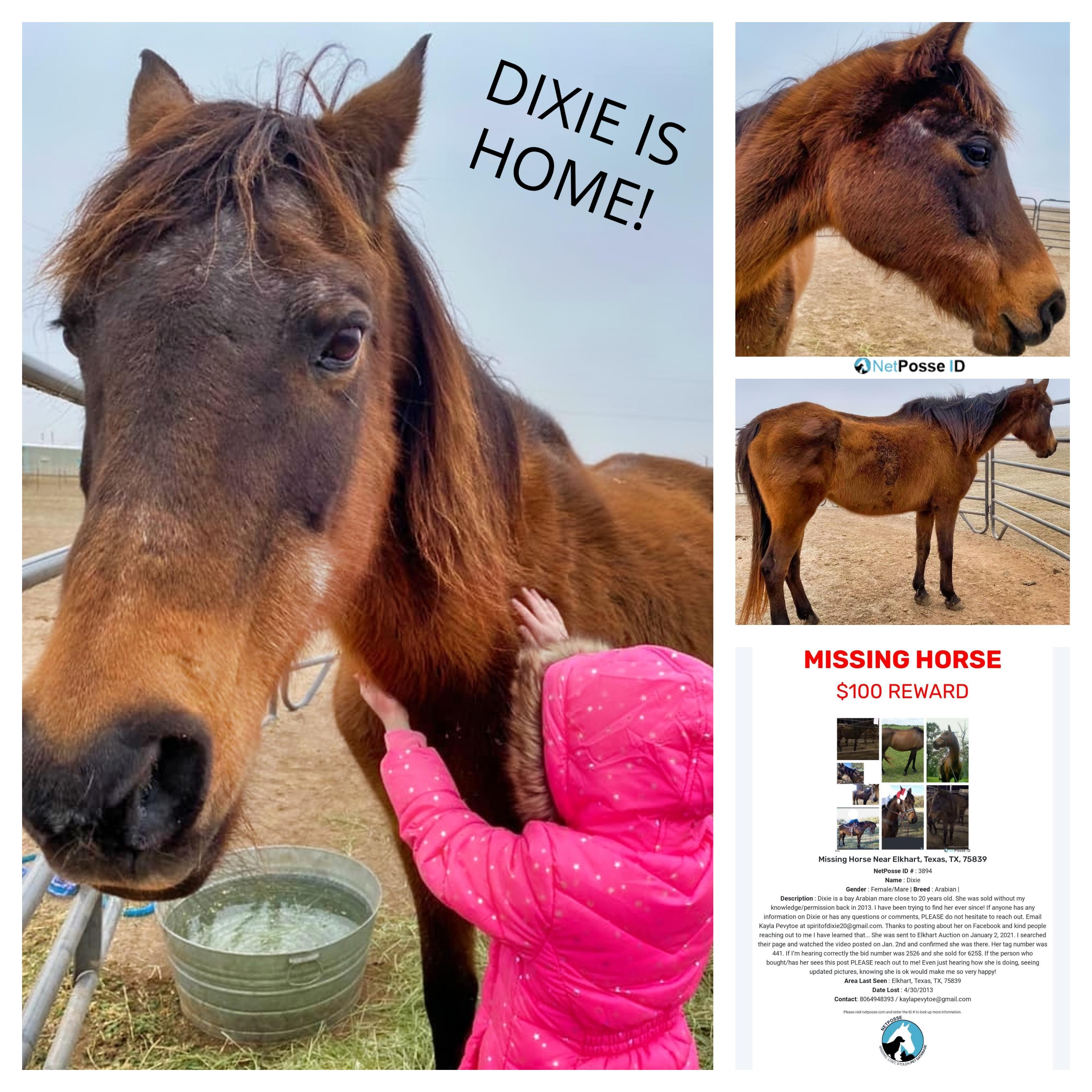 Almost eight years ago, Kayla Pevytoe, 26, of Magnolia, Texas, experienced the loss of her horse, Dixie. But now Dixie is home.

Her mother passed away in 2008 and Dixie helped her get through that tragic time. Sadly, after an unfortunate, turn of events, Dixie was sold without her knowledge. Pevytoe has been looking for her childhood heart horse since April of 2013.

Pevytoe states, “She saved my life in more ways than can be counted and we had a bond that was indescribable!” 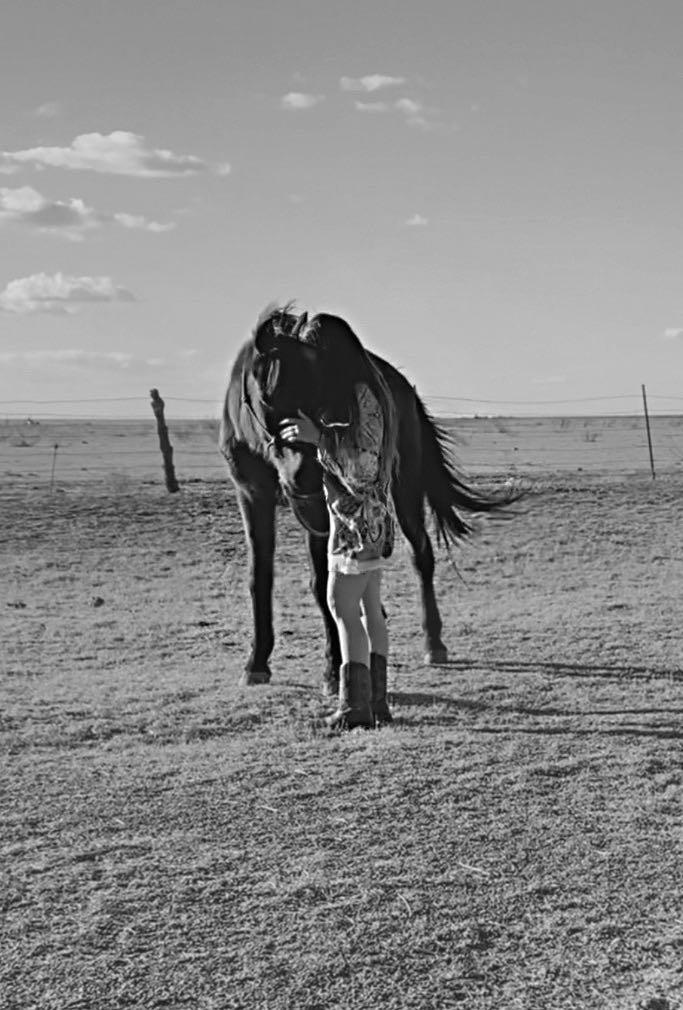 Once Pevytoe discovered that Dixie was gone, she started her quest to find her. Throughout the years she posted on Facebook, searched various Facebook groups, searched equine sale sites, etc. She had very little information and had no luck finding her.

On January 11th, 2021, Pevytoe made a post on Facebook and prayed that this would be the time she found her girl. Several people on Facebook immediately recommended that she contact NetPosse, also known as Stolen Horse International.

“Two days after making my report I received a phone call from a lady stating she saw the NetPosse Alert on Facebook and that she thought Dixie was bought at a horse auction by some friends of hers,” Pevytoe recalled. “She saw the NetPosse flyer and recognized Dixie.”

The family who had her confirmed that they had Dixie! We came up with an agreed price and a time to drive almost nine hours one way to meet on Saturday, January 23rd, 2021.

She had been through so much in that amount of time. I didn’t think she would remember me. I was so happy to see that my girl was still alive, but I was horrified by her appearance. 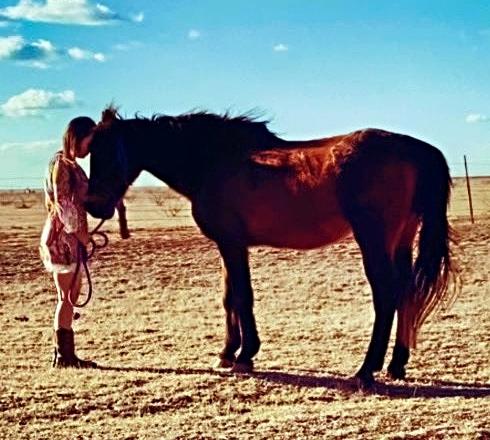 Pevytoe called Dixie’s name a couple of times, rubbed her forehead and then all of a sudden, her ears perked up and she suddenly took a step towards her former owner.

Pevytoe says, “Dixie rubbed her head on me like she always used to do!!! She remembered me and I busted into tears! Our reunion was the most amazing thing I have ever experienced. Saying that having Dixie back with me is a dream come true would be an understatement!”

“There truly are no words to even begin to describe how I feel,” Pevytoe adds. “The odds were extremely against me, but God truly is a way maker and a miracle worker. I will spend the rest of my life thanking and praising him for this extraordinary blessing!”