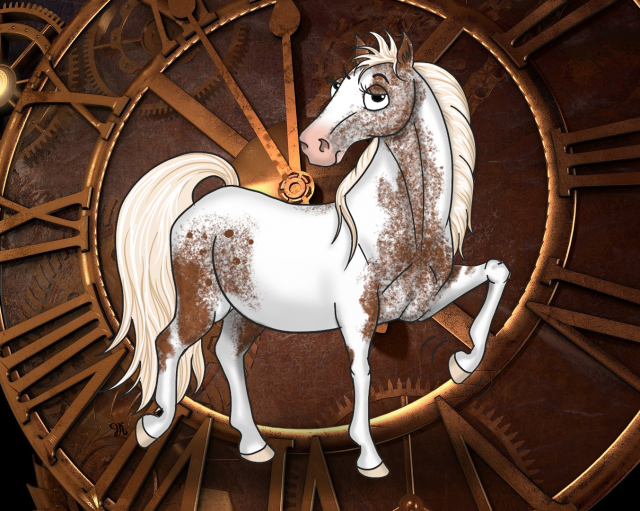 February 8, 2021DeAnn SloanDeAnn Long Sloan#series, Diary of A PonyComments Off on A Day in the Life of a Pony Named Pony: A Matter of Time 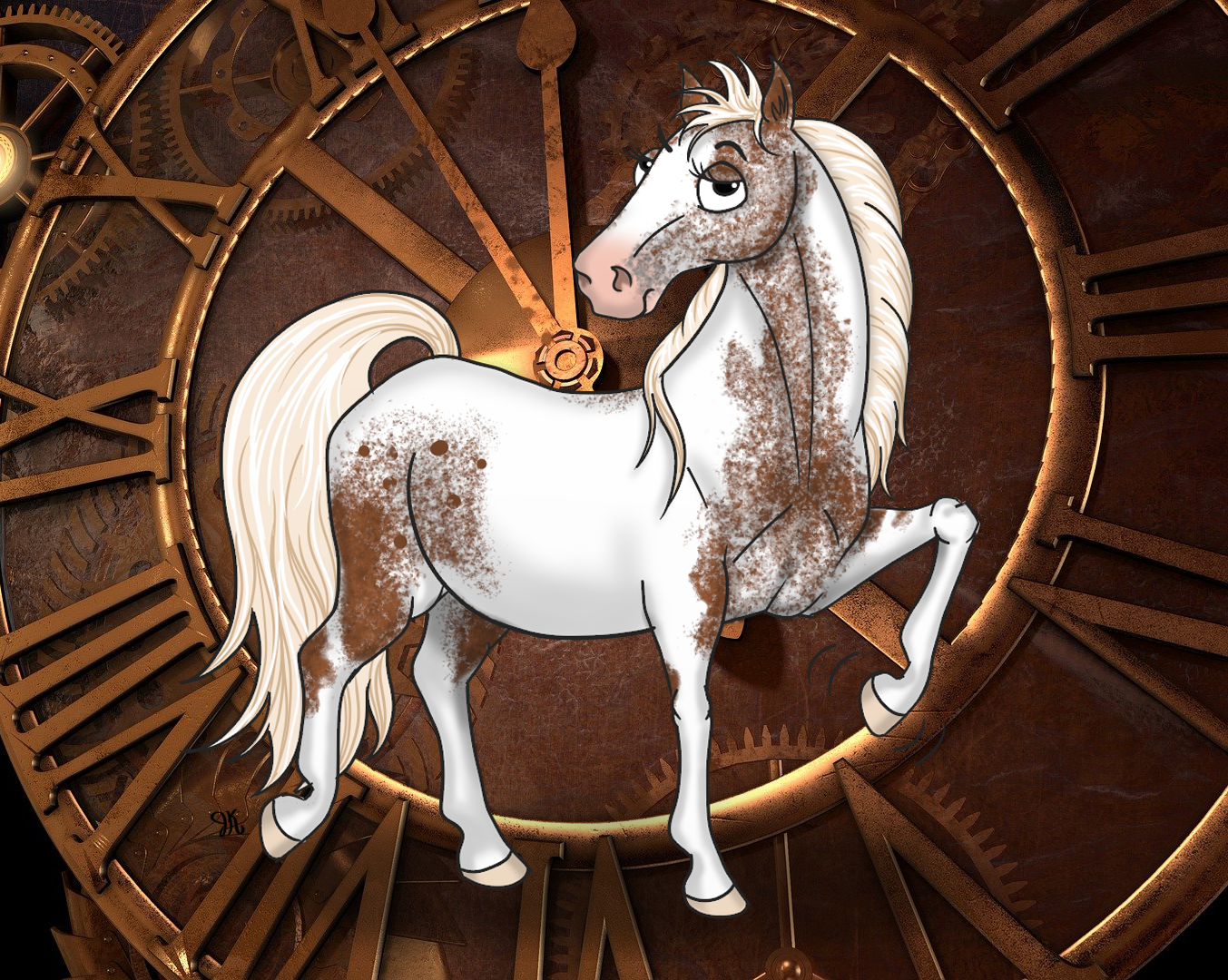 Before I came to my current confinement center, I was a lesson pony. That’s right, I toted around small humans while they kicked at my sides and tugged on my face. Throughout the course of that torture I learned two important things:

The second item is the one that really comes in handy.

Yes, I can, in fact tell time. I can’t tell you whether it’s 9:30 am or 4:30 pm — those are arbitrary for horses any way. All horses have three times: day time, night time and feeding time. I, however, have an additional concept of time: lesson time. Or, more accurately, the end of lesson time.

The lessons I gave kids typically lasted an hour. So, about 45 minutes in, I would start letting the little parasites know their time was nearly up. I developed a few favorite moves to discourage the small humans from returning for another lesson. The more subtle move is to grab the bit and pull it out of the kids’ hands (let’s see how they like having the reins tugged). That’s a move I would employ throughout the lesson, but definitely during the last quarter of it. If that didn’t seem to do the trick, there always was one sure-fire way to let everyone know the lesson was over: lie down.

Lying down during a lesson usually ends things right then and there — especially if it’s near the end of the allotted lesson time. The small humans get a bit shaken up and don’t want to get back on and the grown humans get exasperated. If done correctly, you can get the saddle fairly filthy without causing any actual discomfort for yourself. It really is a satisfying way to end the lesson. Especially if you finish it off with a good shake upon standing back up. That gets the saddle just out of position enough that no one wants to deal with the process of righting the tack.

Even though I’m no longer a lesson pony, I like to make sure I give the small humans with whom I currently interact a lesson occasionally. That’s when I pull out those moves again. Sometimes I’ll lie down during a pony ride, sometimes I’ll do it at an event. Really, it’s all a matter of how I feel at the time. And grabbing the bit and pulling the reins out of the kids’ hands is always a great way to remind them who’s boss, no matter what time it is.