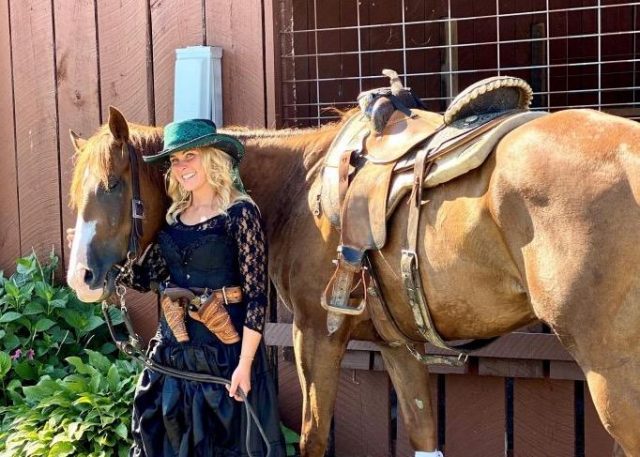 As our rehab journey comes to an end (thank goodness), I’d like to take the time to thank everyone who helped in the healing process. Also, stay tuned for a new series where you’ll get to continue following Funny Bunny B along with becoming acquainted with my other horses!

If you’ve been following the series about Funny Bunny B’s complex injury, you know he’s been on a long road to recovery. If you haven’t had the chance to read about the nightmare, you can catch up on the series here. But here’s a recap: On October 7, 2019, Funny Bunny B (Buns) sustained an injury to his right hind leg. He had a fracture, a severed tendon and soft tissue damage. 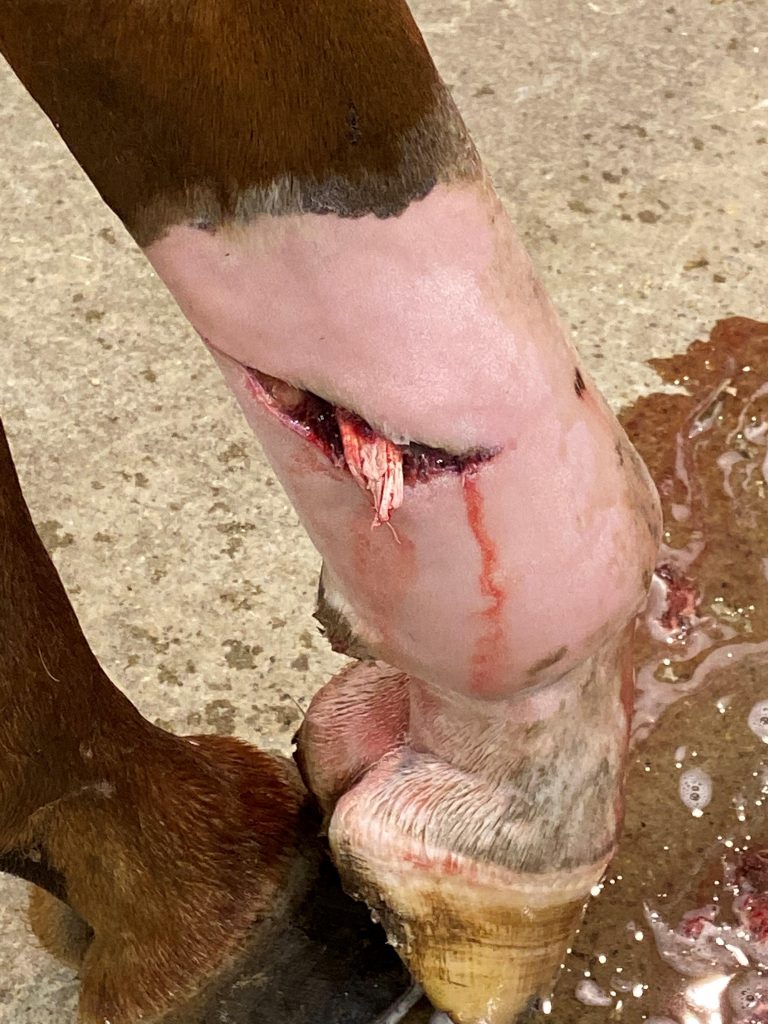 I look back on this day and can remember it like it was yesterday. The call was gut retching. I can’t tell you how many times I broke down and cried. There was a good chance this injury would end Buns’s career. I wasn’t about to let that happen. Bound and determined, I put my all into rehabbing Buns. 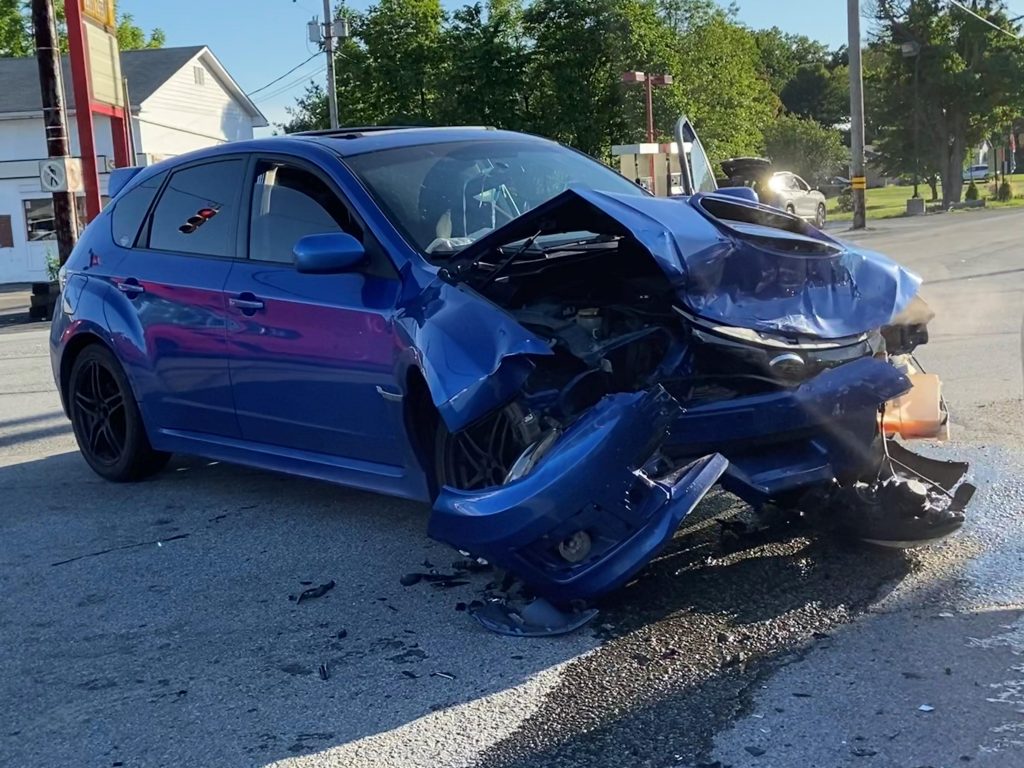 Luckily for us, the only clinical sign that exhibits Buns ever had an injury is he gets stocked up in the previously injured leg when he’s stalled for a day or so. As soon as he’s out and moving around the swelling dissipates leaving no hints he was ever injured.

So, where do we go from here? I am happy to say that Buns is finally at the end of his rehab. We could not have done it without the help and resources of many. As this series come to an end, I would like to thank those who helped us along the way.

Buns initially received amazing treatment while he stayed with the veterinarian, Dr. Liddell, at Misty Hollow Equine Practice. I am so grateful for how quickly she responded and the exceptional care she gave him throughout this rehabbing process.

Between In Stable Hands and Buffalo Valley Stables, Buns continued to receive extraordinary care. Buns was explosive and downright nutty during his time on stall rest and he couldn’t have been in better hands during this time. 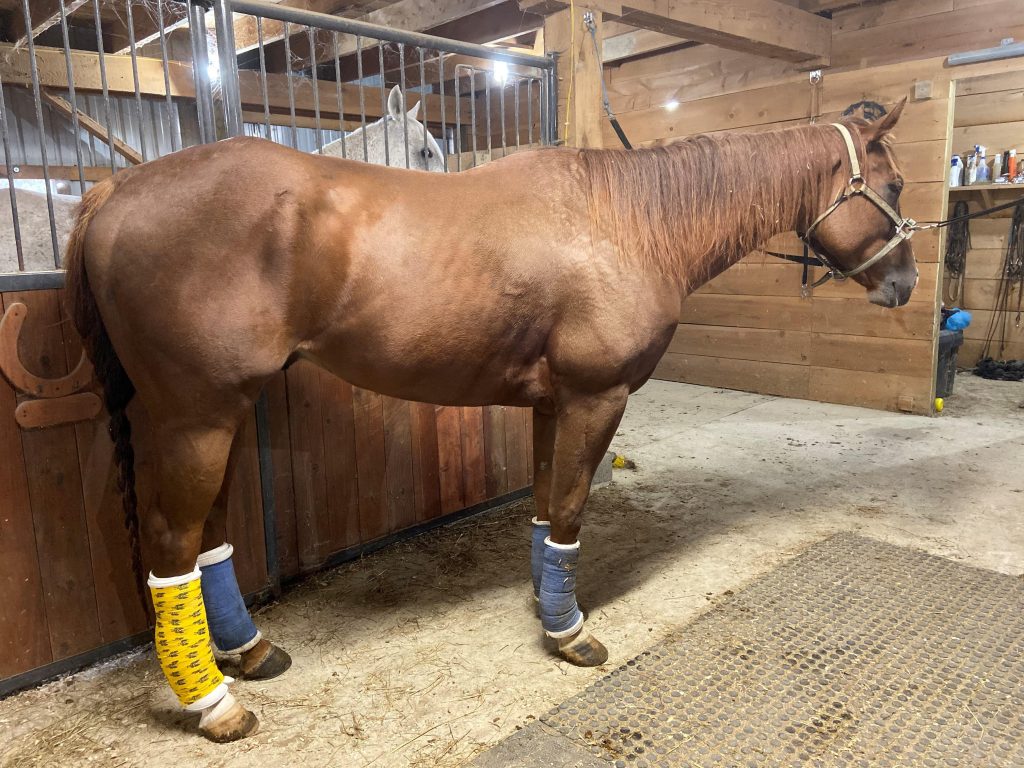 Buns during stall rest at In Stable Hands. Photo by Marcella Gruchalak.

Maryjane Angelo of Skye’s Spirit Wildlife Rehabilitation Center was kind enough to lend me her red light to further improve Buns’s chance of a full recovery. I believe the Red Light Therapy aided in healing the superficial wound as well as the tendon and the tissue. I will be forever grateful that Maryjane gave me the opportunity to use her device. 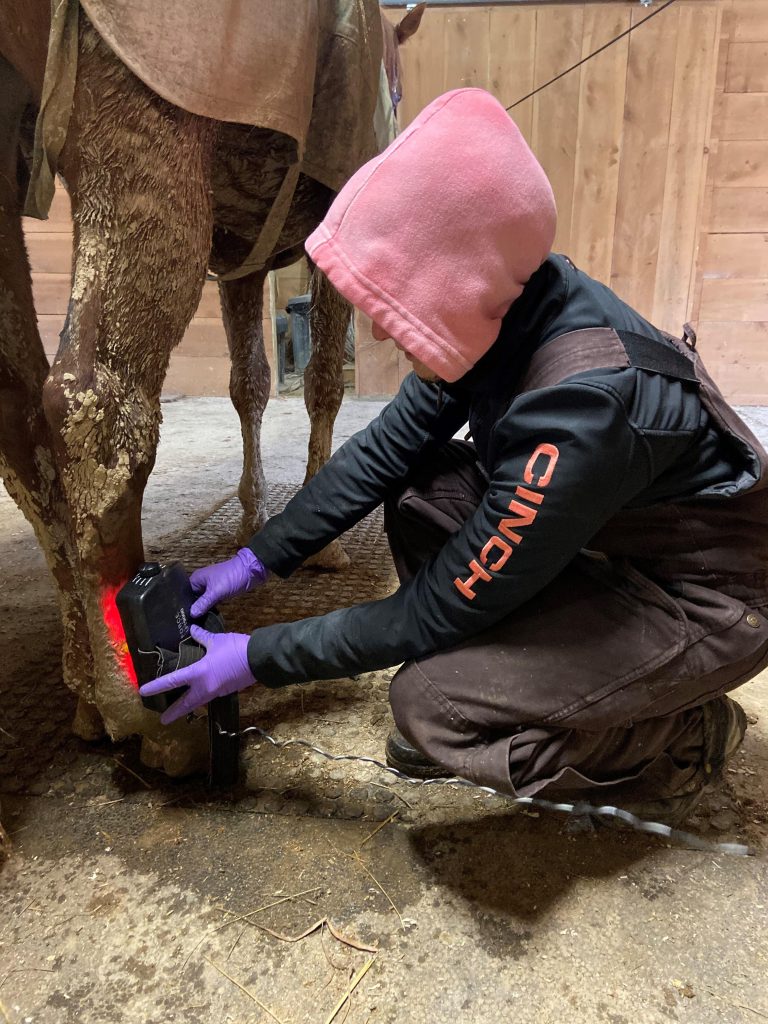 Cara and Jared Penley of Penley Horsemanship aided and educated me in a plethora of areas during Buns’s rehabilitation period. One of the biggest issues I was having is that I wanted to relate all of Buns behavioral issues to his injury. Sometimes you just need someone more experienced to tell you, “No he’s fine, he’s just being a jerk.” Cara and Jared taught me how to be a better rider and how to maneuver Buns in a manner that built stronger muscles and aided him in being equally flexible on both sides.

All the riders that allowed me to swing a leg over their horse were some real MVPs. I was able to swing my leg over 10+ horses while Buns was rehabbing. On some of these horses I was able to receive qualified wins getting me closer to moving up a level in mounted shooting. In no specific order, I’d like to extend a huge thank you to Jen Ely, Cari Worley, Derek Demao, Jamie Liebel, Fred Conniff, Cara and Jared Penley, DeAnn Sloan, Karla and Greg Durnell, James and Mary Chambers and Greg Bryan for trusting me with riding their horses!

This process has been a humbling one and I am so glad I was given the opportunity by Horse Nation to share it with you all. The outpouring of support from those of you who kept up with Buns’s journey kept me focused on healing Buns and optimistic that he was going to have a favorable outcome.

It is a bittersweet feeling that this chapter is finally coming to an end but, as the saying goes, “as one door opens, another one closes,” I’m thrilled to announce that I’ll be starting a new series that encompasses all three of my horses. I’m not quite sure what the series will be called or the topics I’ll be writing about, but keep a watch out because it’s going to be packed full of — well, I’m not sure, but just keep your eyes peeled!