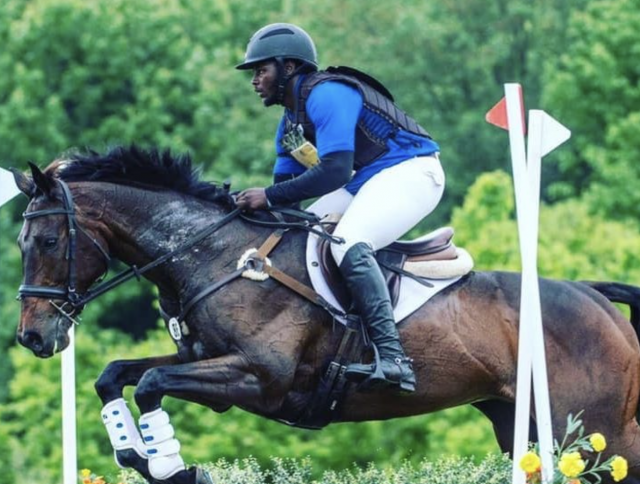 Deonte Sewell shares his advice on finding the right working student opportunity and getting the most out of working in the industry. 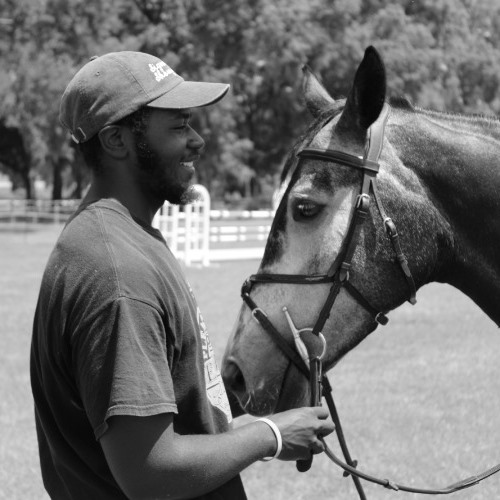 When he was a freshman in high school, Deonte Sewell made a piece of artwork depicting Phillip Dutton jumping a ditch and wall at what was then known as Rolex Kentucky. This manifestation of the eventing bug was just an idea in Deonte’s head in that moment. Little did he know that, nearly a decade later, he’d find himself working for Phillip himself as a vital member of the two-time Olympic gold medalist’s everyday team.

It’s been a winding road for Deonte, but the depth and variety of experience on his impressive resume has helped him end up where he is now. And he wants other aspiring riders and grooms to know that they, too, can find their pipe dreams becoming very real with just a bit of dedication and polish. We asked Deonte for his perspective on finding success working for professional riders. What have been some of the biggest lessons he’s learned along the way?

Deonte has been an integral part of programs including Tom Proctor Racing, Sara and Brian Murphy, Justine Dutton and Chris Barnard, and many others before and in between. This variety has given him an expansive view of the equestrian world and what it takes to navigate its inner workings.

Seeking Out the Right Positions

“When I would look for positions, I sought out a lot using Facebook. I had an idea of what I wanted prior to looking, but I also tried to have an understanding of the status of my knowledge and experience. Will I fit the part? Is the rider willing to train someone who doesn’t have as much experience? Those were the biggest things I looked for, and most of the time you’ll find the rider is more than willing to teach you.

I always felt like I didn’t have what it took, and the truth is you won’t really know until you get there. Most of the time, the riders will have a judgement of your general idea when you’re talking to them. If you show you’re persistent and willing to learn, that will make them eager to give you an education.

The upper-level riders, they’re just humans! They’re very nice. Just ask them, you never know! Some people prefer you to be up front and bold about it, I think that shows guts and that you really want it. The more you put out there, the more people will see how badly you want it.” 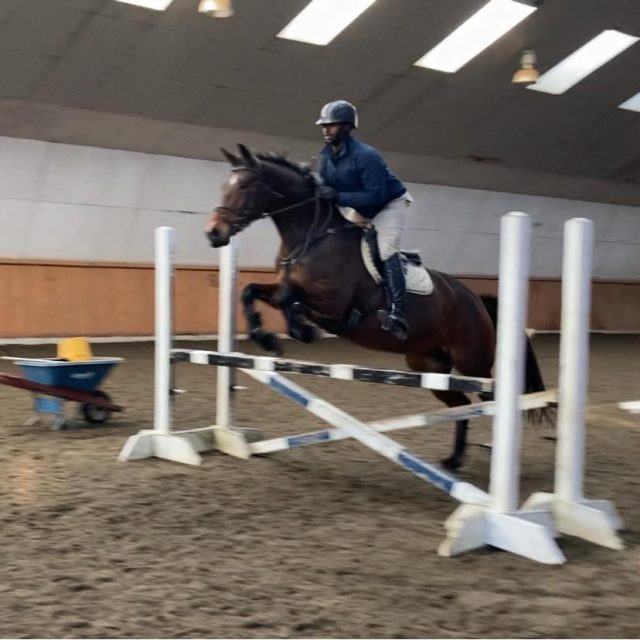 “To me, it’s really not a matter of the work being ‘hard’ or ‘easy’. It’s more how efficient am I going to be in the barn? That’s the biggest thing. Are you fast or slow? Do you try to look for more work when you’re done with your task? And if you don’t know what to do, are you asking questions about what’s next? Are you paying attention to the details and flow of the day? The more ambitious you are about getting things done, the more you’ll figure out.

Some days, you’ll be at the barn before 4 a.m and won’t get home until after 10. If you truly want this as a lifestyle, this is just a stepping stone to what’s to come. You’ll either push through or you’ll realize that it isn’t for you in the first few months. If there is a trial period, always take it!

Working Well as a Team

“Everyone has their roles in the barn. There will be people who’ve been there for years, and when you’re just coming in they’re going to have the advantage of experience. This can be discouraging, but you should more so understand the hard work they’ve put in to get where they are. I look at (Phillip’s head groom Emma Ford) and think about how much she has seen and done, and I only want to learn from her. The reason they are where they are – and this includes the riders – is that they put the time in.

You can’t look at your coworkers as competition. Efficiency is key in the barn, and if you have conflict it can really kill that. Any corrections are meant to make you a better horseman and a better rider.”

On Learning from a Variety of Programs

Brian Murphy would always tell me to think of each program like a tool chest. To take it in and put it away for later in life when you may need it.

Last summer, spending time at (Justine Dutton and Chris Barnard’s Notting Hill Stables in Ocala) really helped my education. I always felt like show jumping was my weakest phase, so spending that time understanding a bit more what Justine wants in the show jumping, getting the feel of it through the course design of Chris Barnard, and riding proper show jumpers was really helpful. Now I feel I’m starting to get where I’m more confident than I was.

All of this has really helped me at Phillip’s because a part of my job is that I do get to ride some of the horses. Having all of that education is nice because now I can sit on the greener horses and still be able to do a job and understand what Phillip wants me to achieve.”

You can learn something from anyone. It’s all about the experience. I had to set short term goals of what would put me where I wanted to go. The rider’s job is to mentor you so I was able to really lean on the people I’d worked for for help.

And it’s really nice being a part of their career. It’s really rewarding because you see how hard they work, and it gives me confidence that I’m heading in the right direction.

At the end of the day, Deonte says, he had no option but to work to get where he is now. As difficult as the going can get, he says it’s the most rewarding for him to be able to say “I worked for this”. “What is going to make you the better horseman?” he asked aloud. “Do that. That builds character.”