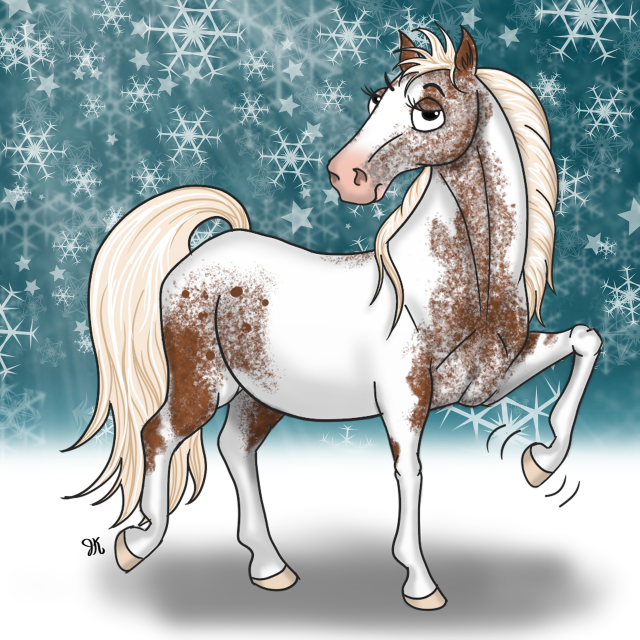 February 1, 2021DeAnn SloanDeAnn Long Sloan#series, Diary of A PonyComments Off on A Day in the Life of a Pony Named Pony: Snow Day… 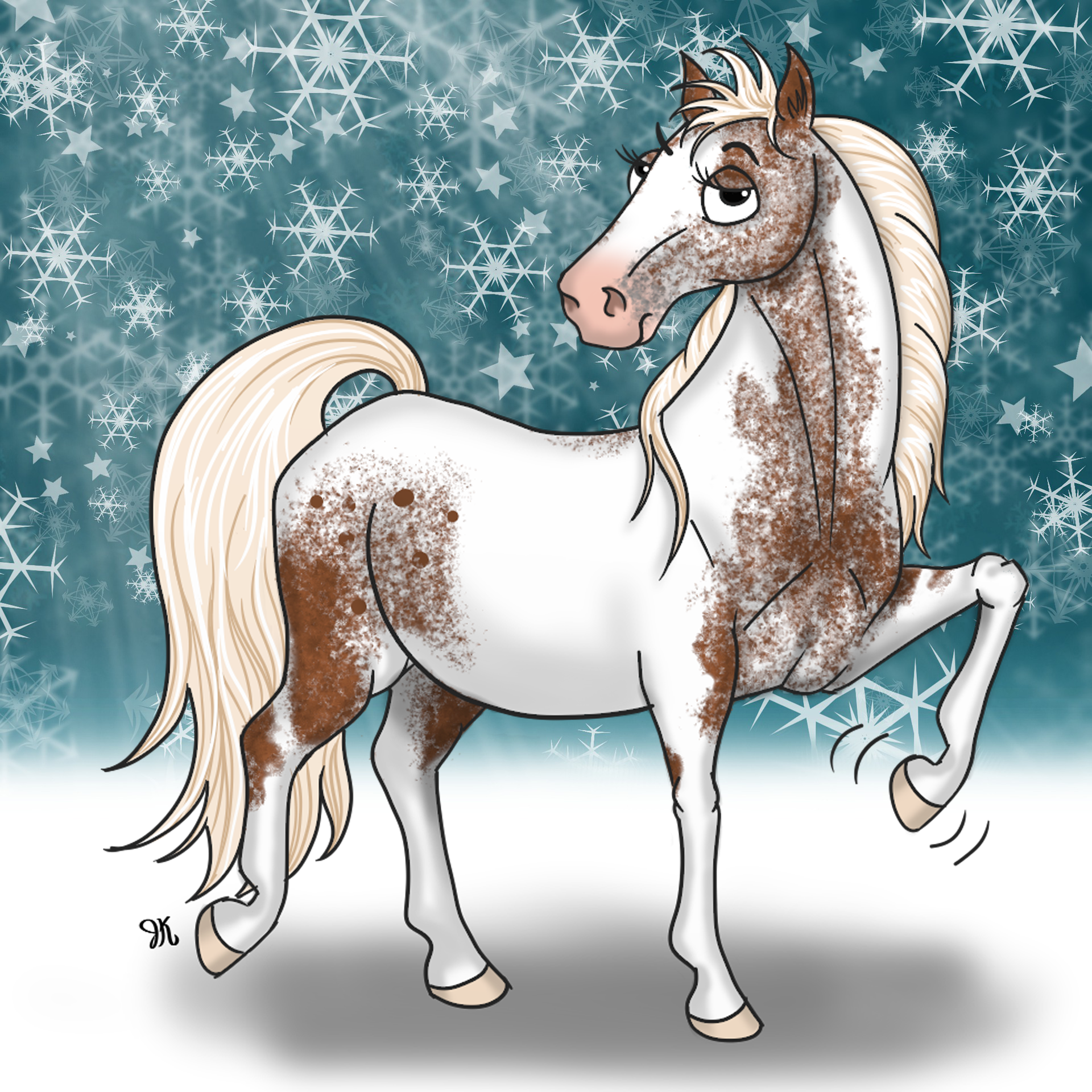 Winter Storm Orlena has struck the Northeast, which means that my little neck of Western Pennsylvania got to see some snow. The humans just seem to love it. They remark on its beauty, frolic in it, build fake humans with it (like we need more of them?!) and the small humans slide in it on plastic trays (I see them eyeing me up, thinking I might pull them — they better think again!). For them, the wonder of a snow day never seems to cease. 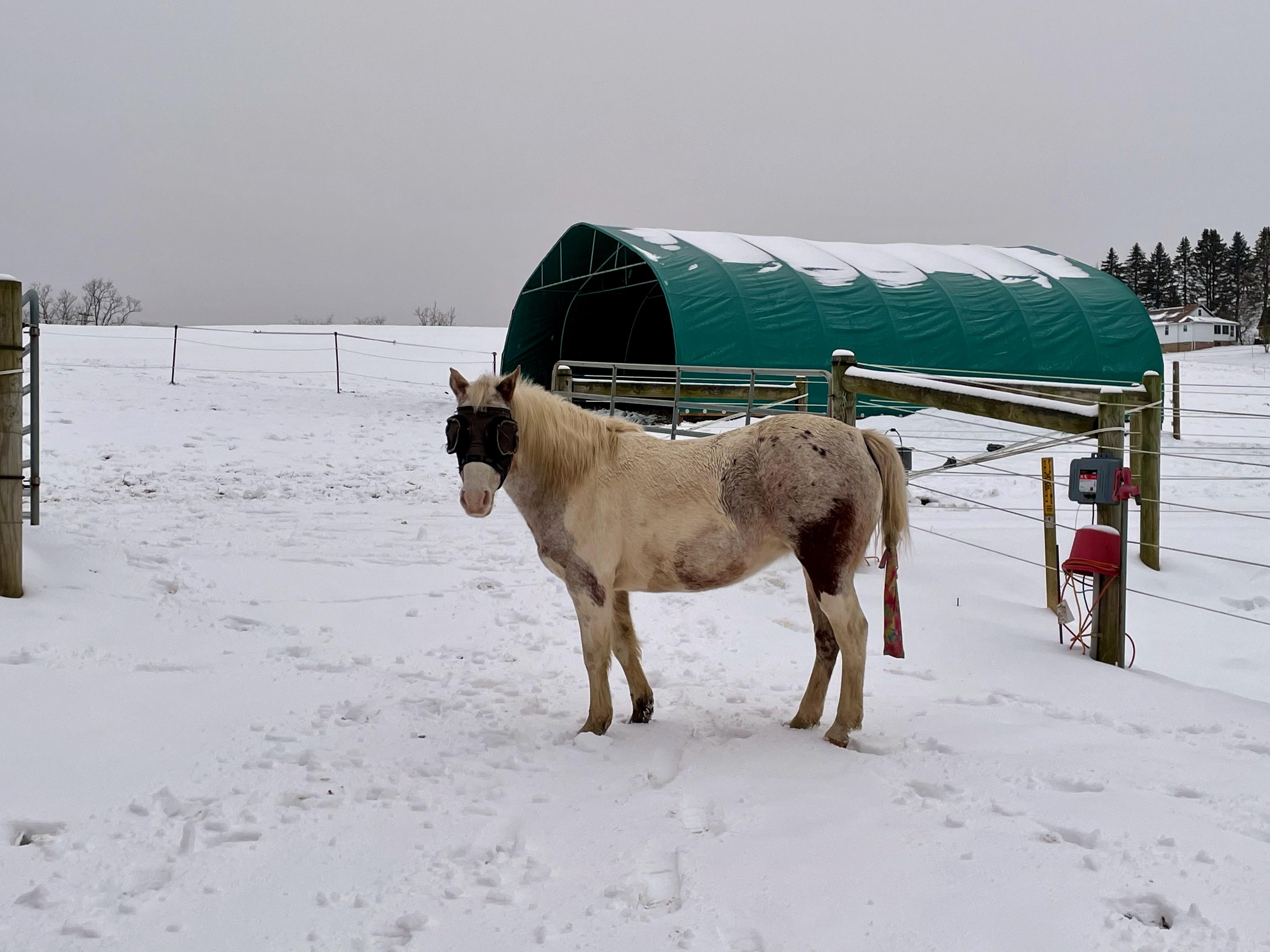 The snow is cold. The snow is wet. And it covers up the dirt in which I so like to roll.

This is the view the humans can appreciate as they plot their adventures in the snow: 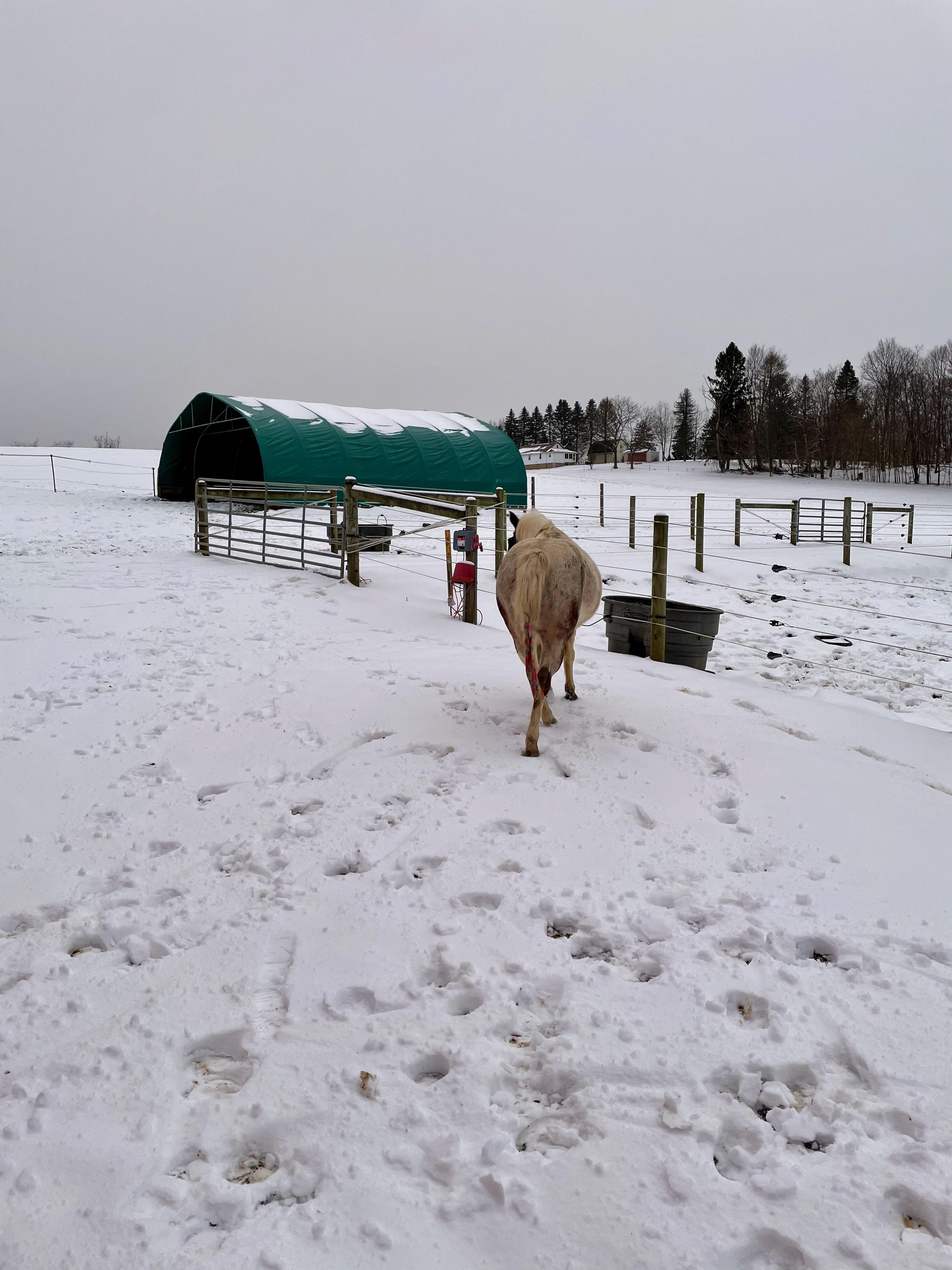 I will be sulking in the hay pile, defending it from the other mares at my confinement center.

Okay, I guess there are some redeeming qualities to the snow. The humans have to work awfully hard to get their daily chores done. Apparently they find the snow inconvenient when it comes to travel and planning, and anything that inconveniences the humans can’t be all bad. After all, it takes some of the load off my withers.