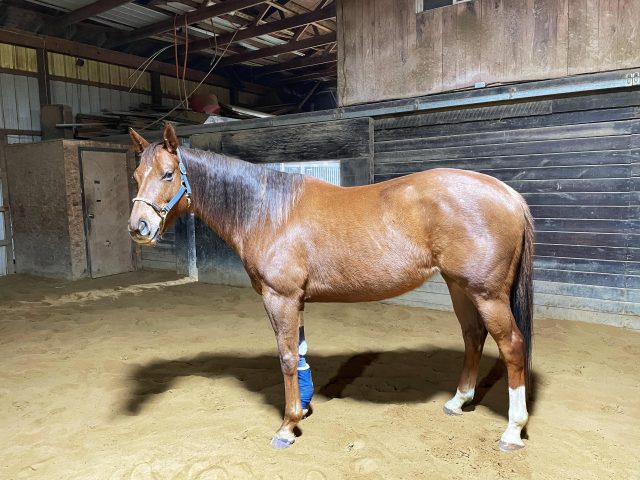 Every horse has something to teach us; my accident-prone mare has made a point to teach me a number of lessons (most of which I was not expecting to learn).

My running joke during 2020 (and into 2021) regarding my mare has been that her new name is Lemon. No, not because I am making lemonade from lemons, but because having her has sort of been akin to having a lemon for a car. No matter how much money I put into her or how many problems I seem to “fix,” just as we’re heading for the promised land that is soundness, ride-ability and competing, something else comes up. 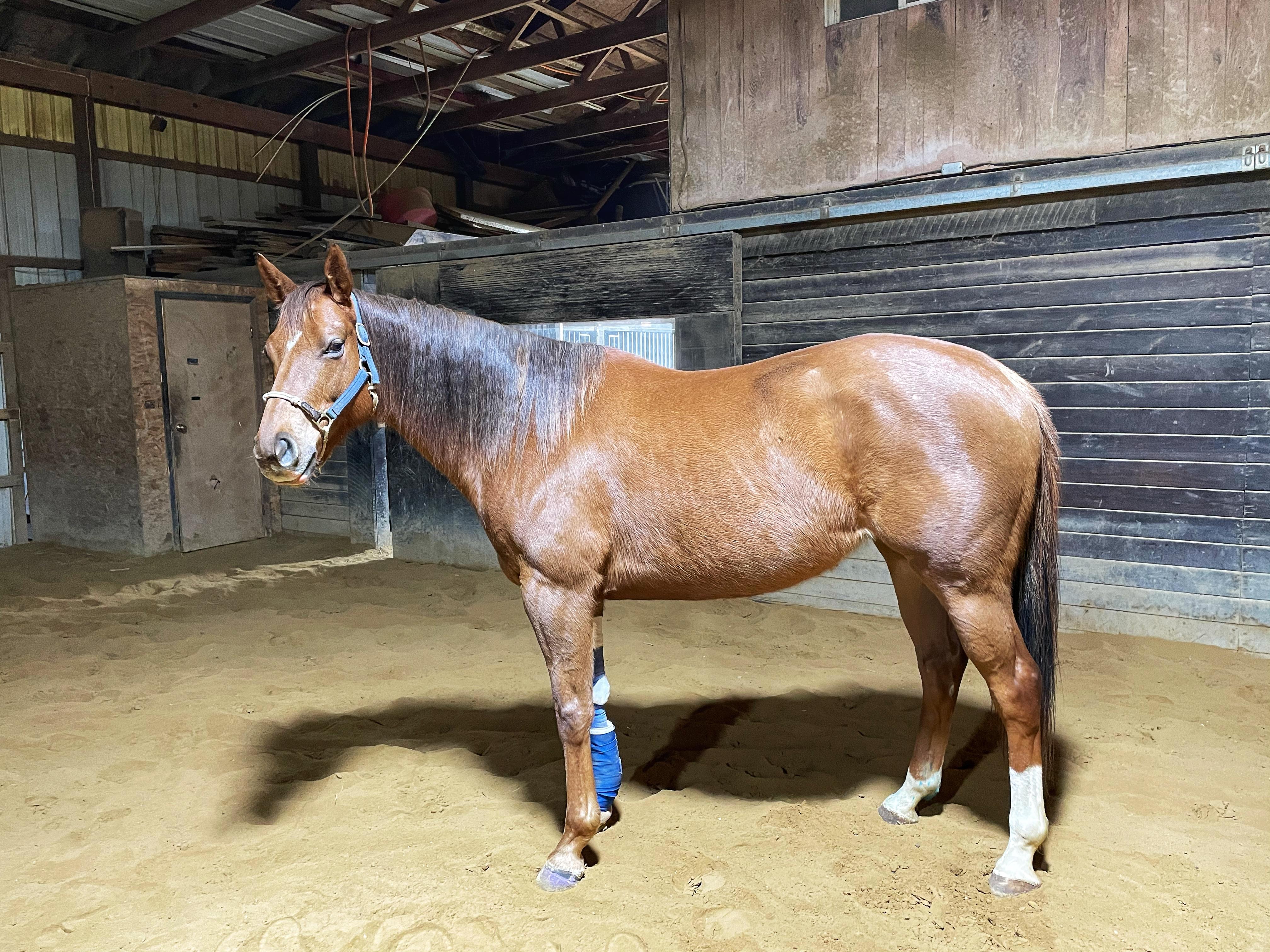 Here’s the short list of what we’ve dealt with since I purchased her in 2017:

This, of course, doesn’t include all the other random stuff we all deal with as horse owners. The worries over weight, mood, gut health … the list goes on. I’ve started asking my vet what new items I’ve paid for with my frequent visits. Most recently it was tires for her truck (at least that means she can continue to get to me when I need her).

Every time a new issue arises, I sigh, look at my horse, call her Lemon and address the newest issue at hand. But here’s the thing. For every issue that has arisen, a valuable lesson presents itself.

Sure, my equine medical knowledge has grown by leaps and bounds, I can wrap a leg like nobody’s business and I am acutely aware of where I’ve gone wrong and what I need to work on (see 8 Things You Learn When Your Horse Is on Stall Rest for more on that), but that’s not all this horse has taught me. No, I’ve learned a number of things I never expected to learn.

1. Not all bedding is created equal

I never thought I would become a bedding connoisseur, but here I am, a bona fide bedding snob. My mare is a slob. Like, belongs in a sty with pigs, grinds her poop into her stall, tracks her hay all around her stall slob. Hers is one of those stalls that is so unsatisfying to clean because, unless you strip the whole thing every time, it never looks clean. No matter what, it always looks like I haven’t cleaned it well enough. It drives me crazy. Usually I use pellets due to their absorbency, but at the beginning of the latest injury we had to use shavings to make sure nothing could get into her wound. Let me tell you what a treat that was.

When we were allowed to switch back to pellets, I was thrilled. But we still went through them very quickly. BUT did you know that some pellets are just downright better than others? I was using the pellets my big farm store carries, not knowing there was another way.

Y’all. There are pellets that actually are more absorbent and last longer than others. For real.

Top Bedding makes these 100% pure northern pine pellets that are legit. They in a 35- pound bag, so 5 pounds less than the big farm store bag of bedding. I was skeptical, but they actually make a humungous difference. And I say this as honestly as possible —  Horse Nation isn’t sponsored by them and I’m not sponsored by them (although I certainly wouldn’t turn it down). This bedding is just freaking good. It weighs less, costs the same and absorbs way more than what I was used to using. I never thought I would find bedding that was a match for my stall bound slob of a horse, but I have.

I don’t think I can overstate enough how happy I am to have discovered this. It’s probably the most valuable lesson I’ve learned.

One of the best things to come out of the disaster that was 2020 is that I am 99% sure I will be building a barn in the spring of 2021. I’m incredibly excited at the prospect of having my horses at home and of getting to design my own barn (even if it is a modest set up).

I’ve had many discussions with people who have built barns, have traveled to a lot of barns and generally are well informed. I have debated the practicality of using up a stall space to put in a wash bay. For all the draw that an indoor wash bay with hot and cold water has, one of the most reasonable pieces of advice I’ve received was that most people who put them in their private barns don’t use them and they essentially become a storage space. That makes sense.

But here’s the thing: apparently, I need a wash bay. Where else am I going to rinse the blood off my horse and off the all the surfaces of the barn in the middle of winter in western Pennsylvania?

Sure, this seems like an isolated incident, but if having my lemon of a horse has taught me anything, it’s that I’ll be doing a lot of hosing. So I’ll need a drain and water of all temperatures during every season.

3. Large stalls are a must

Again, I find myself in the fortunate position of being able to choose what features my barn has (to some degree), and one thing I’ve learned is that I need to have stalls large enough to accommodate my 16 hh, stout mare when she’s laid up. Which, apparently, is quite often. Currently we have 12 x 10 stalls with 8-foot ceilings. The good news is that when my mare is being a dragon from being stall bound, she at least has enough wherewithal to know where the ceiling is. And where the walls are. But it’s amazing the acrobatics she can pull off in that confined space — and the heart palpitations she can give me as I watch.

So, I’ve decided the 12 x 12 stalls are going to be standard. And at least one of them will have the option to remove the center divider to make a larger stall. The reason for this? In case you didn’t know, when a horse is on prolonged stall rest and you want it to have some space to move around but not complete freedom, a larger stall allows for some movement.

4. Round pens are necessary

Sure, round pens are great for schooling and training, but they’re also dead useful when it comes to incremental turnout. See previous lesson about needing large stalls for the cooped up dragon to move around. Round pens can be adjusted according to the horse’s needs. And apparently my lemon needs a lot.

I’ve always said this of myself. Scars are what make me unique, show I have a story, have lived an interesting life, blah, blah, blah. But, to be honest, I really like it when my horses don’t have scars. Between resale value and the desire not to have someone look at a leg and ask, “What happened there,” scarless horses are nice to have. I, however, don’t have that option. So I’ve decided that my mare’s scars just add character and tell a story. They make her interesting… right?

6. Get equine insurance and get it early

Every time I remember to insure my horse is a time when it’s really not ideal to insure her. Like when she’s just fractured something… or severed something. Get insurance while your horse is sound, unbloodied and before you think you’ll need it. Insurance companies cover all manner of things when it comes to horses, from mortality to loss of use to surgery. Don’t be like me. Get your insurance when you’re not facing a huge vet bill.

I’m sure my lemon still has plenty to teach me. As we look froward to the rest of 2021, I just hope the lessons have to do with riding and horsemanship.