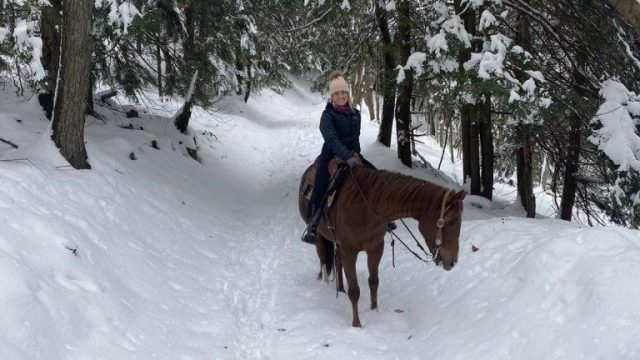 Our vacation is over. Buns has shown me that he’s not getting the workouts he needs to be successful so we’re back to work. I also have some improvements I need to make out of the saddle.

In my last article I discussed the extended vacation Buns and I have taken and for this article I would like to say, enough is enough. Vacation is over and we are back to work. Buns started acting like a bit of a child so I had to put my foot down and put us back into a riding routine.

The weekend of December 11, 2020, Buns and I went to a shooting competition and he showed me just how inconsistent he could be. We were all over the place. Some stages he was listening to seat and leg cues effectively while in other stages he was completely blowing me off. I was frustrated. But, I can’t blame him, I haven’t been consistent in my riding, so of course, Buns wasn’t consistent in responding to my cues.

Since that weekend, Buns has been getting a variety of workouts. I’ve been switching things up to, one build muscle, two remove some energy, and three get him softer and more subtle in his riding.

We’ve been fortunate to have a significant amount of snow in Pennsylvania so early, making it possible for me to utilize my favorite winter workout — sledding. Buns pulling children — and some adults — on the sled makes for some prime muscle building.

Lately, from the lack of work, Buns has also had more energy than usual, which has been difficult for him to contain. On trail rides he’s been prancing, spooking at objects he normally doesn’t spook at and, for lack of better words, he’s been acting a fool. Addressing this issue was easy. ROUND PEN! Buns has been getting his fair share of round pen workouts to fatigue him enough that he pays attention to whomever is in the saddle. Honestly, I don’t want to deal with a sassy Buns and nobody else who rides him should have to either. He’s too old and too advanced to be acting like two-year-old Buns.

Lastly, and the most frustrating of the three improvements I’ve been trying to make with Buns, is to soften him and make him more responsive. This has proven itself really to be a challenge. I’m not sure if it’s because I’ve become more educated and particular with my riding or he really has gotten extremely dull. There is so much resistance in his back up, turning his head different directions and his whoa. I’ve been really diligent about not micromanaging him and releasing pressure as quickly as possible to improve these areas.

Aside from the improvements I’ve been addressing with Buns, I received some feedback on some areas I needed to improve as well. 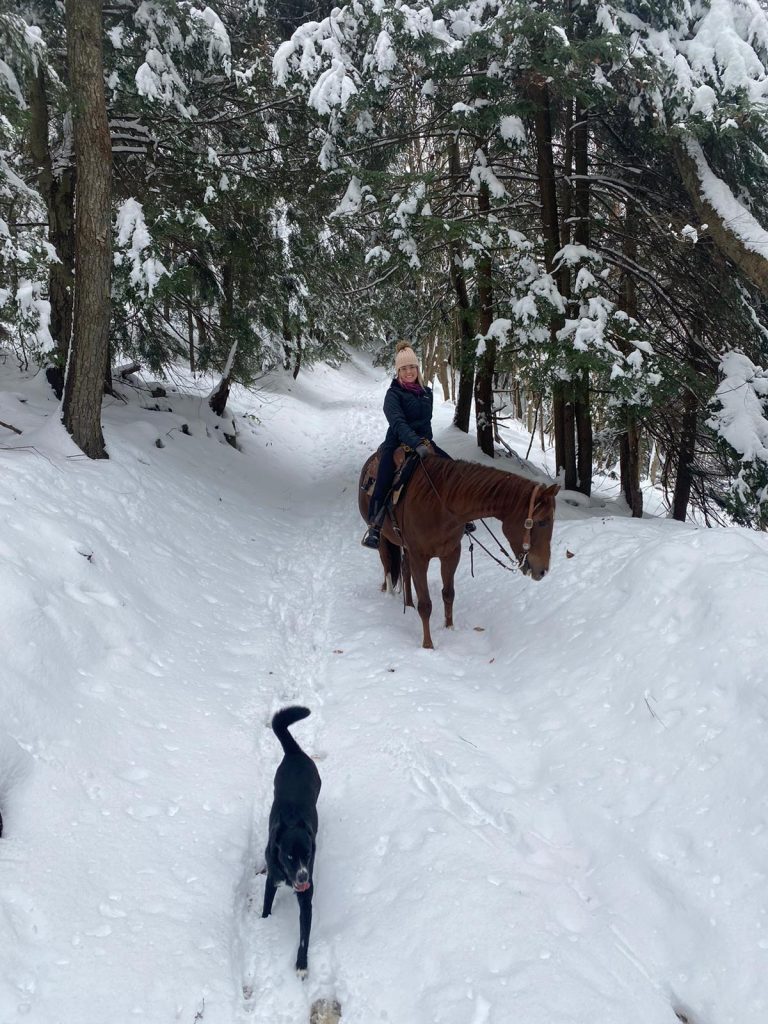 The entire weekend I was competing, I felt like my shooting arm was not keeping up with my riding. My arm felt like a wet spaghetti noodle — and I wasn’t the only one who noticed it.

Cara and I discussed strengthening exercises I could do away from shooting to aid in building up my arm. She told me that holding your arm out with a gun is an isolated movement and to try to do a type of workout that focuses more on isolation.

I found just the workout on YouTube! My goal is to do this workout at least once a day and I’ve been able to accomplish that. I have found that I’ve been able to work this video into my daily routine two to three times a day on most days. If you want to tone your arms, USE THIS VIDEO! I’m seeing and feeling the results — and it only takes 6 minutes!

This weekend Buns and I are headed to another mounted shooting competition (as long as the weather allows). I’m really hoping to see some improvement in the both of us from all the time I’ve been dedicating lately. However, I do understand that progress can be slow at times so I may not see the drastic changes I’m hoping for. Either way, the competition will provide me solid feedback on what we really need to work on moving forward.