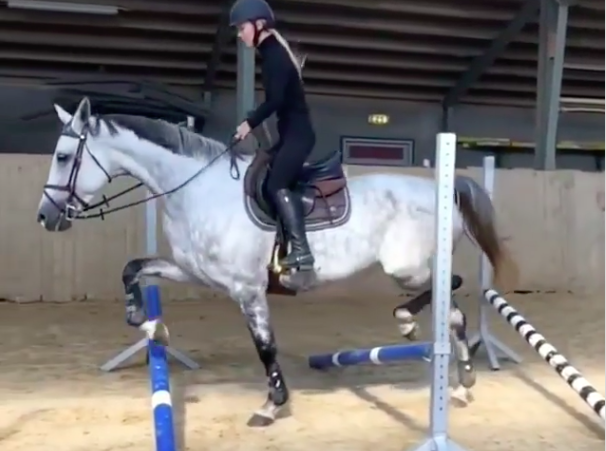 As we look back on the year that was, we want to know which Mind Your Melon Video was your favorite.

Minding your melon: not only is it a wise investment to protect your noodle from traumatic brain injuries, but it just might land you a starring role at Horse Nation too. Here are the top-viewed Mind Your Melon videos of the year: which was your favorite? Weigh in with the poll below!

Watch Out For Those Hedges

“No matter what discipline you ride, you most likely have had an encounter where your horse spooks at something ridiculous. Some things on their list of scary situations include the wind blowing, their own shadow, a plastic bag or sometimes nothing at all. There’s no warning and then they’ll go back to riding like they never spooked, while you’re barely in the saddle trying to figure out what just happened.

“For Rodge, the hedges were just too much to handle while on his hack and he scooted sideways to get away from the imminent danger!”

“This video depicts a helmeted rider who is performing a series of maneuvers while riding her horse bridleless outside of the arena. She trots down a trail and goes through water, but what is most impressive is the footage of her galloping her horse through the sand.

“Having a horse that you trust to this extent is freeing and lovely to watch!”

“Chickens can cause some real drama around the farm and this is a prime example of the chaos they can create. Just when you think you’re safe and out of their wrath, they go and pull a stunt like this. This chicken created an exciting situation out of what looked to be a quiet and calm ride. Poor kid took a tumble, but at least he was minding his melon.”

“This horse is showing off his fancy foot work over poles. To really get the full effect of what’s happening the video is in slow motion. This horse knows exactly where its feet are being placed in relation to the poles. Meanwhile some of us are at home still stumbling over items in our household that have been there for years. The horse’s floaty movement over each pole without as much as grazing one is impressive. This makes trotting over poles look easy!”