The controversial amended PAST Act is raising questions among many of the original bill’s supporters, including Priscilla Presley.

The news (November 12, 2020) was that Priscilla Presley joined Monty Roberts to support the Irby/Pacelle/”Licker” “compromise” PAST Act bill. Ms. Presley backed away from the new-and-not improved PAST Act on December 3, 2020. Together with the American Horse Council, the Humane Society of the United States and those who understand that the “compromise” is no compromise for the horses and is a gift to the “lickers.” Ms. Presley explains her new stand.

Note: The following opinion was first published on December 3, 2020 in The Tennessean and is reprinted with their permission. You can view the original piece here.

Priscilla Presley: Stay the course to save the Tennessee Walking Horse from cruel soring

“We’re closer than we’ve ever been to the goal of ending a dreadful cruelty, one that diminishes us all while inflicting great misery and suffering upon animals who are entirely at our mercy.”

Once I first learned about it a few years ago, the practice of soring Tennessee Walking Horses to manufacture the “Big Lick” gait they are forced to perform in the show ring has made me a determined advocate for reform.

I’ve challenged the Big Lick faction of the industry to abandon its awful reliance on soring, lobbied in Washington and spoken around the country in support of legislative and regulatory action, and joined with countless others determined to usher in a new and better day for the breed.

Soring is not well-known, but its cruelty is self-evident

Unscrupulous trainers covertly produce the high-stepping stride they prize by applying caustic chemicals to horses’ legs and attaching heavy stacked shoes and chains to their hooves and ankles. It is a dark and terrible secret in the horse industry and a true betrayal of this gentle, trusting breed.

This has proven to be a tough fight, but I’m encouraged about the prospects for success in 2021. The Prevent All Soring Tactics—PAST—Act, H.R. 693/S. 1007, passed the U.S. House of Representatives in July 2019 by a decisive vote of 333-96. It was a great satisfaction to see Representative Steve Cohen (D-Memphis) distinguish himself as a champion of this legislation. 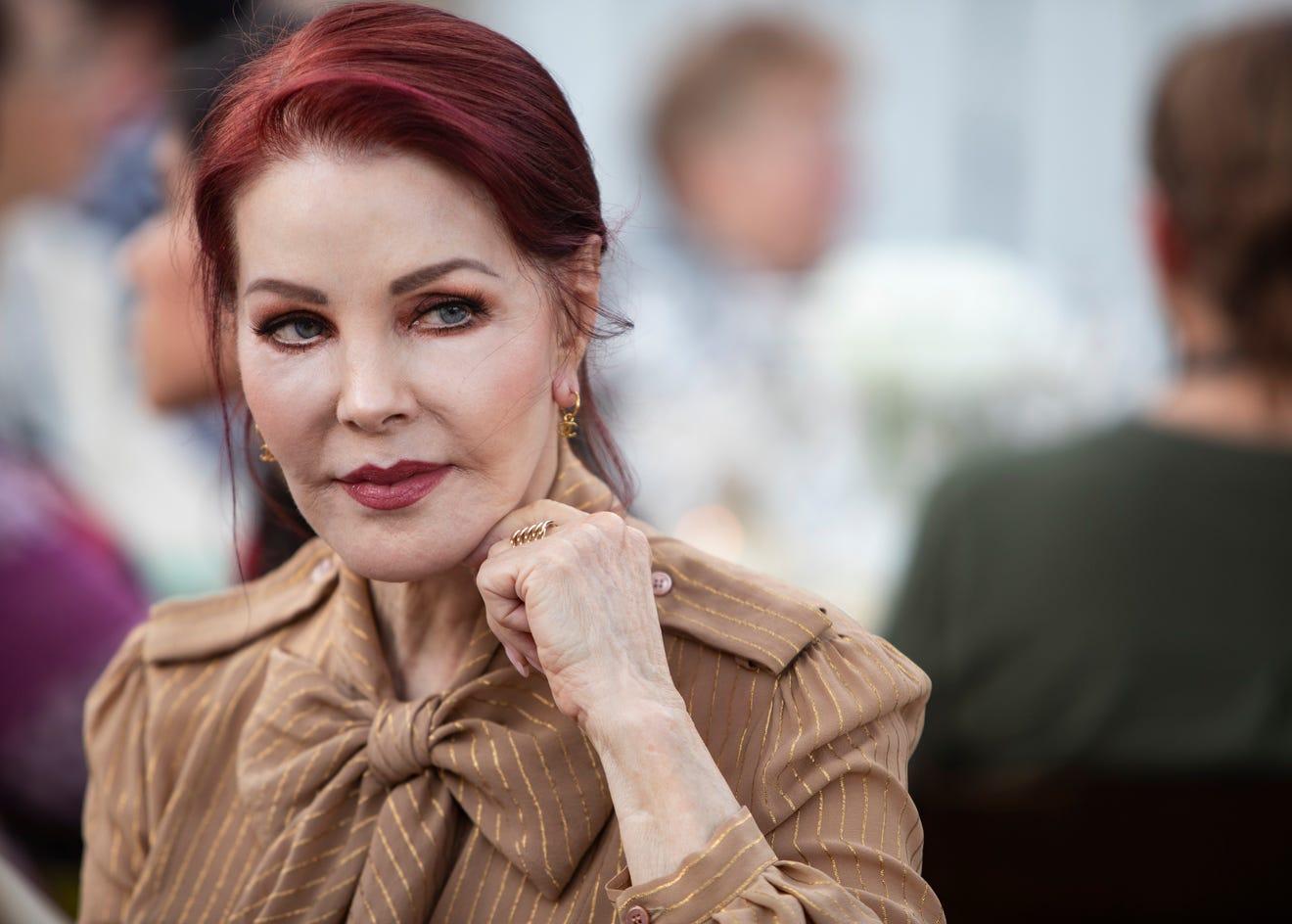 Priscilla Presley at the “Bellinis & Bites” Dinner Party at the Mansion overlooking the Pasture on Saturday, September 27, 2019. Ariel Cobbert, The Commercial Appeal.

Cohen’s congressional district includes both Graceland and the training barn of Jackie McConnell, a walking horse trainer convicted in 2012 of cruelty to animals under Tennessee and federal law.

The PAST Act, which would expand prohibitions to end soring, strengthen enforcement at horse shows, exhibitions, sales and auctions, and establish a new inspection regime with tougher penalties for violators, enjoys strong bipartisan support in the Senate, with 52 cosponsors.

There is good reason to believe it will continue to enjoy resounding support in the new Congress, and I’ll be pushing hard to see it enacted.

I also ugre the USDA under President-elect Joe Biden to swiftly reinstate a previously advanced soring rule from 2017. That rule was designed to strengthen Horse Protection Act regulations and accomplish much of what the PAST Act calls for.

Specifically, it would prohibit the use of devices integral to soring—the stacks and chains—and end the failed system of industry self-policing with its inherent conflicts of interest. In 2016, the rule received more than 100,000 public comments in support, including bipartisan letters signed by 182 U.S. representatives and 42 senators.

The Tennessee Walking Horse deserves more than this cruelty

We’re closer than we’ve ever been to the goal of ending a dreadful cruelty, one that diminishes us all while inflicting great misery and suffering upon animals who are entirely at our mercy.

These opportunities are on my mind because the enablers of soring have engineered the consideration of a last-minute proposal for legislation that misappropriated the name of the PAST Act while undermining its substance and intent.

Their proposed revision codifies dishonest industry self-policing, creates a new inspection regime that would turn a blind eye to soring, does not prohibit use of stacks and boots employed to sore horses, and doesn’t reach the training barn where the soring occurs.

It rings odd with me to see its supporters characterize this gambit as an earnest attempt at compromise. In a lifetime of business experience, I’ve learned the value of compromise in some instances. But I also know a bad deal when I see one.

The soring crowd has made their move because they see what I see. With the original version of the PAST Act and the USDA’s soring rule, we’re on a steady pathway to success. The last thing sorers want is to go into 2021 with these two measures on a fast track. Their proposal to revise the PAST Act is an attempt at deception, and it deserves to fail. We can end soring with the real solutions on the table already.

I was a young woman when I first encountered a Tennessee walking horse at a farm near Graceland, and it was love at first sight for me. The love affair continues, and I’ve never stopped celebrating and trying to safeguard this storied breed.

For more than half a century, from Elvis’s favorite horse Bear, to a recent addition, Duke, Graceland has been a home and safe harbor for the Tennessee walking horse. I hope and expect to be able to say the same thing for the whole state of Tennessee – and the country – very soon.’”

As for Monty Roberts? Only he can answer why he continues to lend his name in support. I believe that once one he reads and understands the details of this legislative attempt to sanction horse abuse and if he truly supports the breed, he would back away from the no-compromise compromise — unless he is motivated by personal gain and/or burnishing his ego.