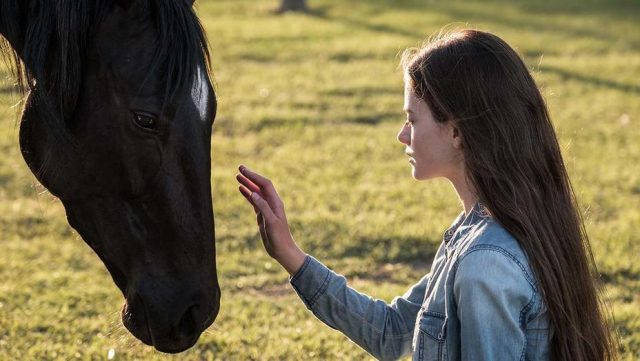 If you didn’t think the world needed another version of Black Beauty, neither did I. Be that as it may, Disney Plus released its latest adaptation of the classic 1877 novel by Anna Sewell today. And I actually liked it. 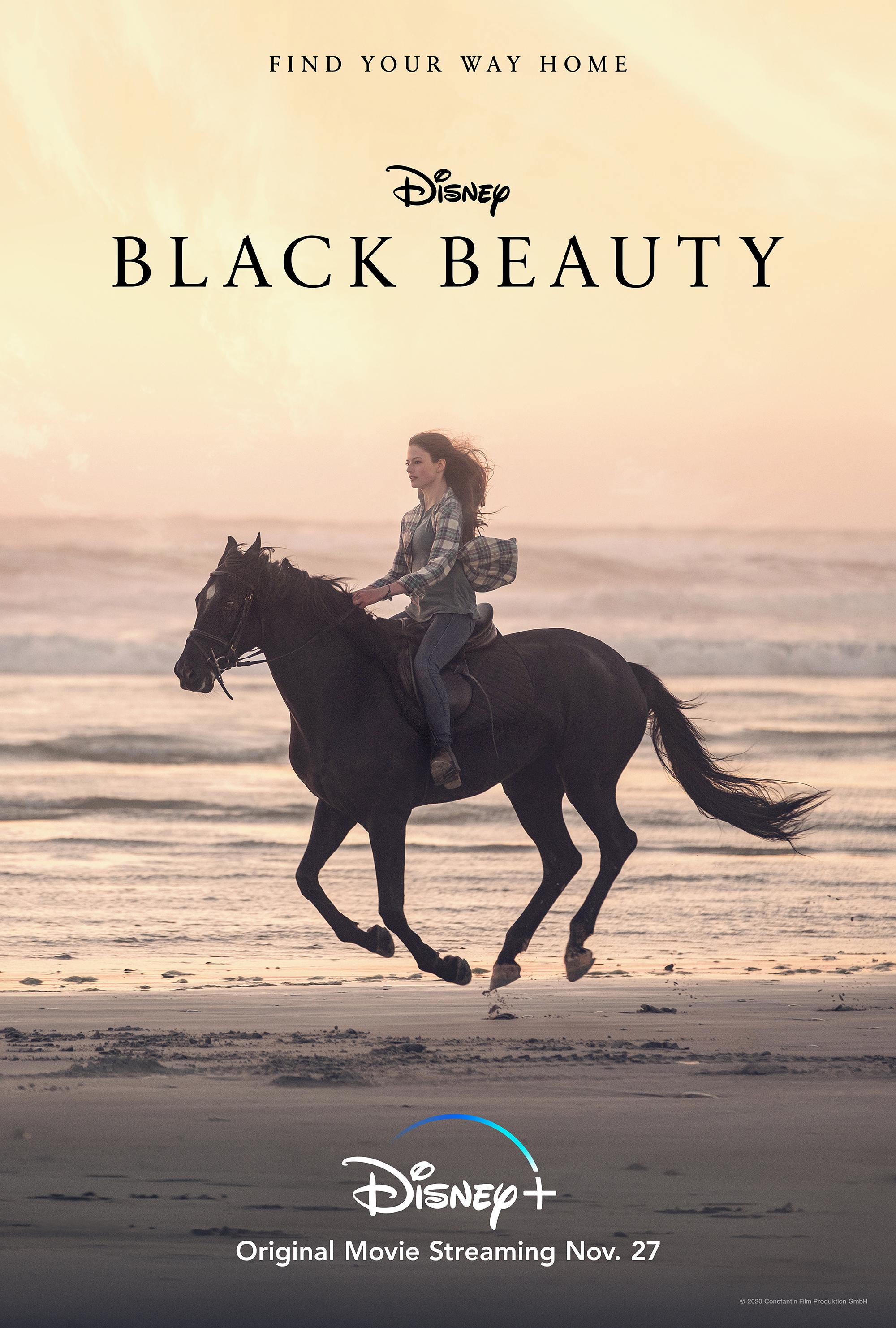 Despite the obvious movie review fodder for Horse Nation — cough, cough — I wasn’t totally sold on watching the newest adaptation of Black Beauty for a number of reasons:

All said, I wasn’t thrilled to sit down and watch this newly reimagined Black Beauty on a Friday morning when I could be doing other things (such as organizing the garage, cleaning up from a modified Thanksgiving celebration, or, like, catching up on working my own horses). Be that as it may, I am raising appropriately horse-crazy kids who also manage to spend far too much time on electronic devices that have advertisements for things like new movie releases. My youngest has been asking to watch “that movie with the black horse with the white star” (she’s five) for days and knew it was being released today. So, with our Disney Plus subscription in hand, we sat down to watch Black Beauty.

Right off the bat, the movie fit all the criteria that made me hesitant to watch it. It is a remake, after all (duh) and there is quite a bit of artistic license taken. For instance, Black Beauty (known just as Beauty in the film) is now a mare, not a stallion, and comes from a BLM Mustang roundup in Utah as opposed to an English farm. Although the protagonist remains the horse and some of our beloved characters (such as Ginger, the once spirited and then over used chestnut mare, and Merrylegs, the dapple grey pony) do appear, there is much focus on Jo Green, the girl who comes to Birtwick Farm (not Park, as in the book) broken and in need of some understanding (see reason 3 why I didn’t want to watch it).

Of course, I spent the first part of the movie criticizing the screen … out loud (much to my family’s dismay):

“That foal doesn’t even have the same shaped star as Black Beauty! How are we supposed to believe it’s him? No, wait. Her. Also, it’s brown, not black.”

“Black Beauty wasn’t a Mustang. Why are we at a BLM round up? Whose agenda is this?”

“That’s NOT a Mustang. That is a Thoroughbred! I am looking up who the equine actors are that play this horse.”

“For goodness’ sake. This is not an untamable horse. Where is the round pen?”

“What is it with horse movies and rearing black horses and running on the beach? Come on.”

And the list goes on. But (and this is a big “but”), I still found myself sucked in. My children, being slightly feral to begin with as well as in the middle of a school holiday, watched the movie at first, but got distracted partway through and then began talking and playing. I was constantly shushing them and asking them to go in the other room. At one point, my husband came in and said, “Guys. Keep it down. Mommy really wants to watch this.” To think, I really didn’t want to watch it when I sat down.

I’m even able to get behind some of the changes that were made. At first I was very critical of the choice to make Beauty a BLM Mustang and the decision to make her a mare — the similarities to Flicka were just a bit too striking. However, even as I was criticizing the film, I was busy looking up facts about its making (primarily trying to confirm that the horses who played Beauty were, in fact, Thoroughbreds — more on that later). In the course of my rapid internet searching, I recalled that the entire point of Sewell’s original novel was to teach about animal welfare — and kindness in general. Afterall, the last paragraph of chapter 13 in the book says, “…there is no religion without love, and people may talk as much as they like about their religion, but if it does not teach them to be good and kind to man and beast, it is all a sham…” 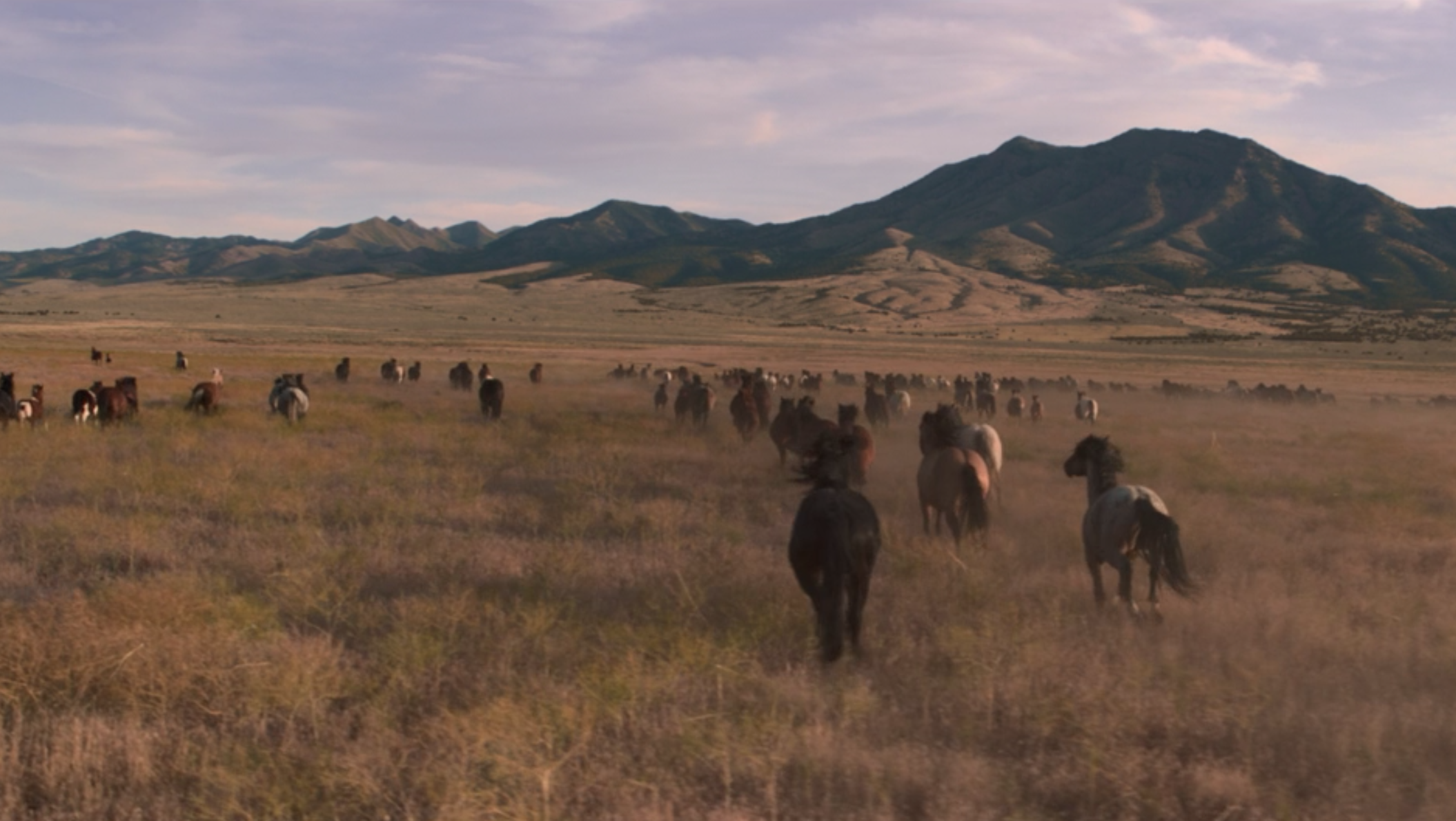 In that sense, I believe the choice to show the roundups of wild Mustangs and to have Beauty start her life that way is a great way to make people aware of the situation surrounding Mustangs in the American West. Ashley Avis directed and wrote the screenplay for this newest iteration of Black Beauty. Having grown up an avid fan of the book, she sought to make as many parallels to it as she could in this modernized version of the story. When all was said and done, I think she managed to do just that. When Sewell wrote her novel, her goal was to raise awareness surrounding animal welfare and the latest film adaptation of the book does that as well.

After accepting the Mustang storyline, I was even able to let go of my issue regarding the equine actors’ breed. It turns out that they were Thoroughbreds, not Mustangs. In fact, Beauty primarily was played by four off-track Thoroughbred mares  — Jenny, Rosie, Spirit and Awards — and one gelding — Indiana. My affinity for OTTBs and the downright beautiful horses made me sigh and let go the clear difference between the breed discussed and the breed portrayed.

When it comes down to it, I enjoyed watching the newest Black Beauty. There’s definitely a need to go in with a willful suspension of disbelief — again, the inexperienced horse girl taming a wild horse and pretending that the South African filming location is actually… somewhere in New York. And I won’t pretend that I didn’t roll my eyes at the cliché iterations of the mean girls at the barn, the cut-throat nouveau riche horse mom, and the cute but kind horseman who’s smitten with the broken horse girl who has connected with the wild horse. 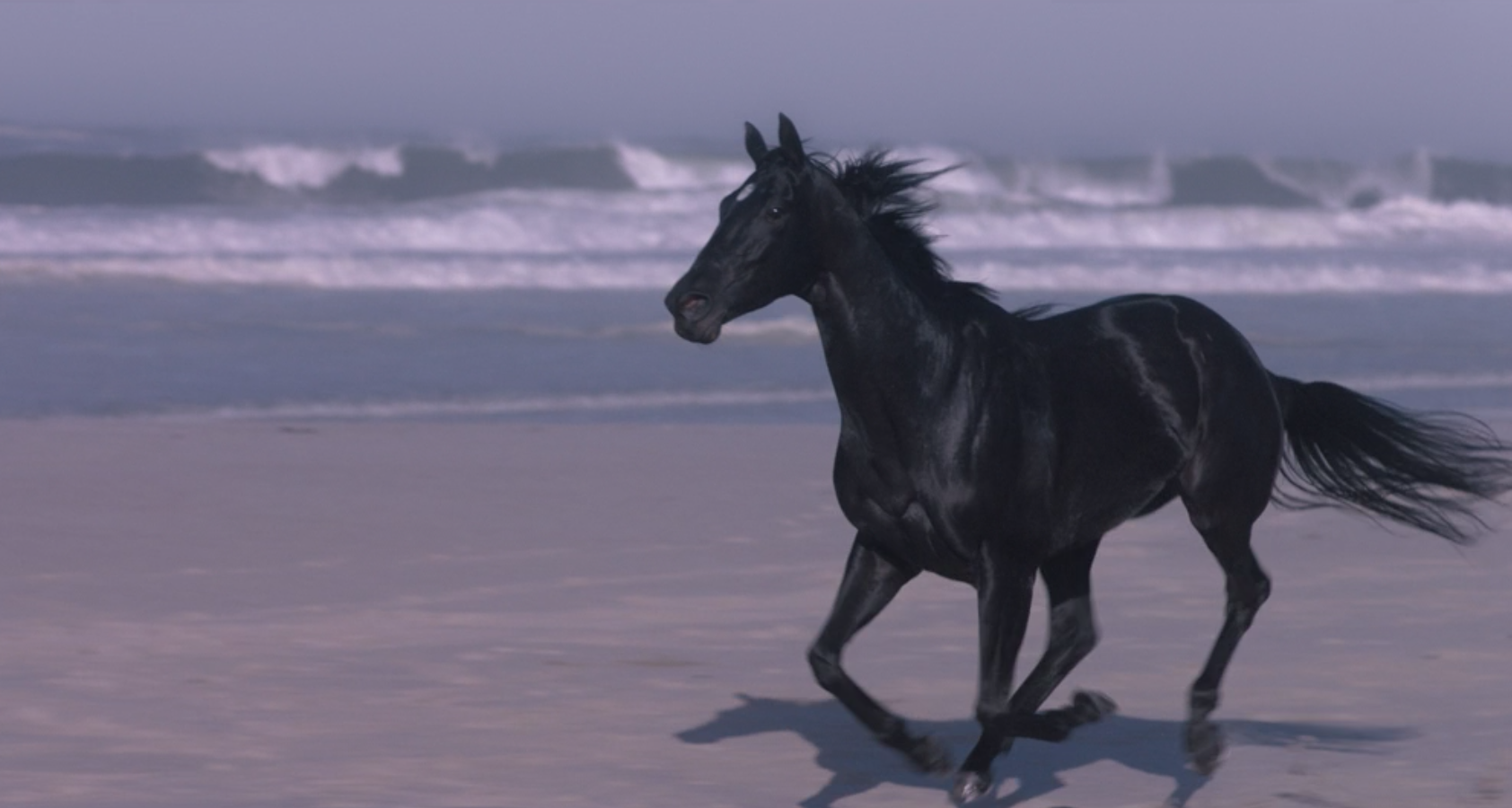 No, it’s not the Black Stallion. It’s Black Beauty running on the beach. Naturally. Screen grab from Black Beauty.

Also, I would be lying if I didn’t admit to ending the movie with some very moist eyes. Get a box of tissues. I mean, how do you watch a feel-good horse movie and not cry?