In this guest editorial, Scott Beckstead and Marty Irby make known their disappointment in the BLM’s approach to American’s wild horses in favor of for-profit interests. 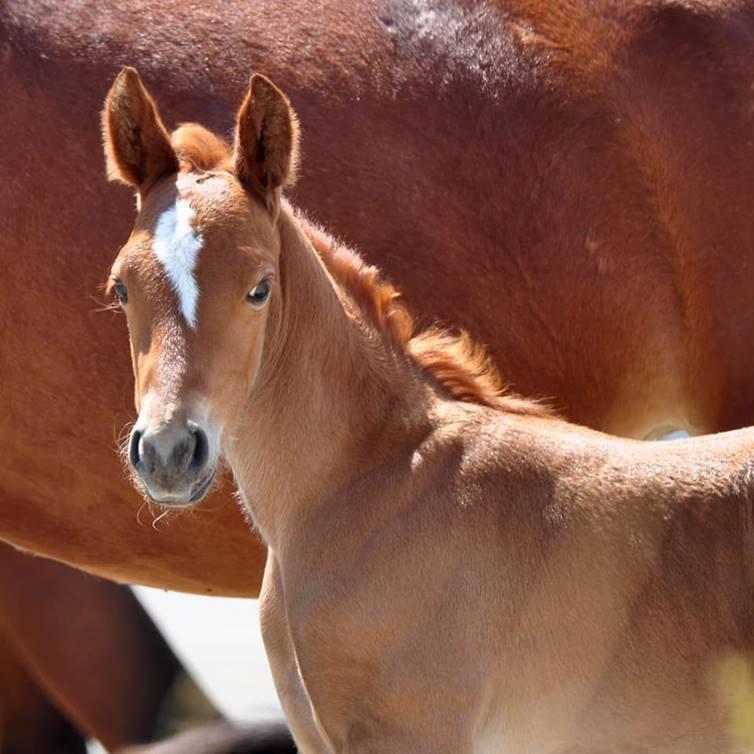 By Scott Beckstead and Marty Irby

We Americans are inspired by our wild horses. We marvel at the sight of them living wild and free on our public rangelands, of stallions fighting for their family bands, of newborn foals learning to stand for the first time, of herds on the move to their grazing grounds and water holes. These incredible animals are living symbols of the American West, of our connection to its vast, untamed rangelands, and of the role horses played in the building of our great nation. Decades ago, when the public learned that they were being abused, exploited, and even killed by private profiteers, we rallied behind Congress to pass the Wild Free-Roaming Wild Horses and Burros Act, and cheered as our beloved wild horses moved into a new era, one in which they would be  celebrated and protected.

As a result of this new law, the Bureau of Land Management (BLM) was charged with managing our wild horses and burros in a way that was humane and preserved their cherished place on our public rangelands. Wild horse advocates believed that protecting and guaranteeing these animals’ freedom would be job one for the agency. So now, 50 years later, where are we? 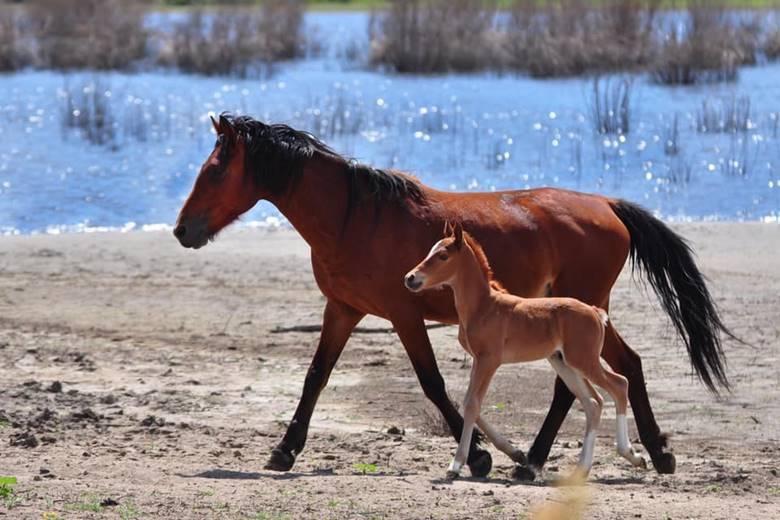 “Irby” and his dam “Destra” on the Virginia Range in Western Nevada July 22, 2020. Photo by American Wild Horse Campaign.

In a word, we are lost. Abdicating their statutory mandate, the BLM accedes to the demands of for-profit interests, especially “Big Ag,” , oil, and fracking concerns, and conducts itself in a manner that betrays open disdain for our iconic wild equines, and an unwillingness to listen to the overwhelming majority of Americans, who want them to follow the law and do their job as Congress intended.

The BLM has proven it cannot be trusted to do the right thing for the wild horses and burros, nor can it  be trusted to tell the truth about the animals or their practices. The agency loves to proclaim in a full-throated way that there are too many horses and burros on our rangelands, without mentioning they occupy just a fraction of the lands that agency manages. The BLM describes a population of fewer than 100,000 wild horses as somehow constituting an “overpopulation” on the millions of square acres it manages, but without mentioning the millions of cattle and sheep that are overgrazing the range and damaging riparian areas. Public observers trying to watch and monitor the roundups and the conditions in the BLM’s barren feedlot holding facilities are thwarted time and again, even though it knows that the public has an established right under the First Amendment to have meaningful opportunity to watch and observe.

The agency has long sought to engage in the harshest management practices at its disposal, . Its leaders created an “Adoption Incentive Program” that has been abused by unscrupulous kill buyers who are paid $1,000 per horse or burro by the BLM, and who then, after the expiration of the required waiting period, take the horses to slaughter auctions – essentially doubling their money. The BLM knows this is happening but gives those kill buyers a wink and nod because, after all, in the end it means fewer horses for the agency to have to care for.

But it’s the image of BLM helicopters chasing and stampeding wild horses into traps that arouses the greatest public outrage. Unquestionably inhumane, the roundups cause tiny foals to be left behind and orphaned, mother/foal pairs left  separated, horses left  injured and killed when they panic inside the traps, proud and iconic stallions are taken from their families to be castrated and imprisoned, and enduring, multigenerational family bands are permanently separated. The American public hates the helicopter roundups, and the BLM knows it – indeed, how could they not, with the steady drumbeat of letters, emails, and phone calls to the agency and to Congress demanding a better way. It would be one thing if the BLM were only using helicopters for emergency gathers, where the herds have truly grown in number to the point where they cannot be sustained, or where drought conditions have left them without adequate water or forage. But instead, the helicopters roundups have become the agencies go-to, default tool for managing population growth.

Iconic American wild horses on the range. Photo by Shutterstock.

Indeed, ignoring the wishes of the public, the BLM has doubled down on its use of helicopter roundups in recent months to chase down and trap unprecedented numbers of wild horses and burros to clear our rangelands for livestock grazing, oil drilling, and fracking. The agency just concluded the largest roundup in its history in Wyoming, removing some two thousand animals and releasing just 90 back to the range, a number far too low to be genetically viable. In that operation, two helicopters tag-teamed to chase wild horses to the point of utter exhaustion. The operation resulted in ten horses being killed in the traps or shot by the BLM because they were too old, too thin, or had some other problem the agency would rather not have to deal with.

For many years, the BLM has had the benefit of proven fertility control to help manage populations, yet still, after seeing how well immunocontraceptives work on other wild animal populations, the agency publicly disputes the effectiveness of fertility control and administers those measures as a token gesture. It has yet to fully implement fertility control in a consistent and uniform way, despite the enormous cost savings the agency would realize over the cost of helicopter roundups.

The BLM’s calculus is simple: its leaders take their cues from groups like the National Cattlemen’s Beef Association (NCBA). The NCBA represents wealthy ranching companies that resent wild horses for competing with cattle for forage. And now, the NCBA has allied itself with national animal groups like The Humane Society of the U.S., Humane Society Legislative Fund, and ASPCA to promote the so-called “Path Forward,” a disastrous political handshake deal that is producing harsh, massive round-ups of wild horses and burros right now. Those big animal lobbying entities are now actively lobbying with the NCBA to deny funding for more fertility control, and to increase funding for roundups.

BC News’ Ginger Zee covered the pending wild horse debacle in her segment “It’s Not Too Late,” on July 17, 2020. Photo/Video: ABC News.

But there is hope. In July, U.S. Reps. Steve Cohen, D-Memphis, Dina Titus, D-Las Vegas, Animal Wellness Action and other wild horse protection groups, led the charge to successfully pass an amendment through the U.S. House that would require the BLM to utilize $11 million of their 2021 funding to implement immunocontraceptives in the field. The measure’s passage was a historical feat clearing the chamber by a voice vote. We’re now headed into the final battle in the 116th Congress and must secure the $11 million provision in the final year-end spending package that’ll be voted on in the coming weeks. Please join in helping by clicking here and contacting your Members of Congress.

We at Animal Wellness Action are committed to forcing the BLM to reform, and we are proud to stand not with the NCBA or the big animal lobbying entities , but with the advocates and the American public who are sick and tired of seeing those helicopters harassing our wild herds. Together we are fighting to bring the BLM to heel, to expose the lies of the NCBA and the broken promises made by the swampy big animal lobbying entities , and to give our wild herds the protection that Congress intended all those many years ago.