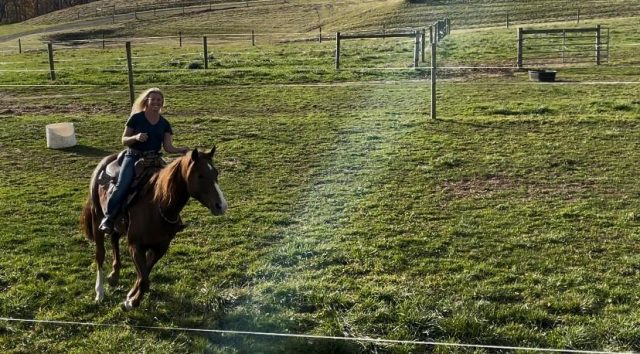 I have started riding Buns bridleless in order to get a good indication of where our weak points are in Buns’s training and my riding. Buns is advanced enough in his training that this is a safe option for us. 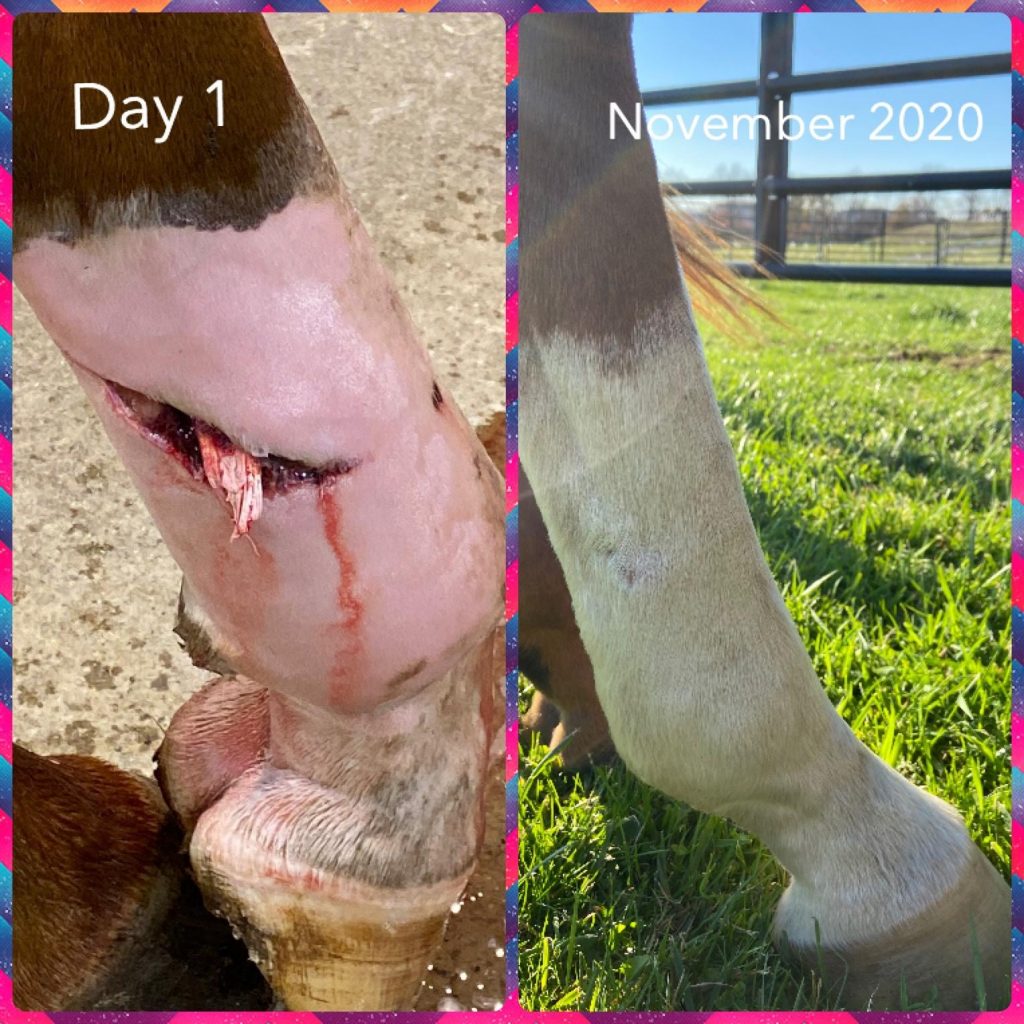 In my last article I discussed some handling issues that I wanted to improve and we are refining those areas, but I want to continue advancing as a team. The next step we’re taking in our training is an unconventional one.

I was brainstorming exercises we can perform so that we’re switching things up in the arena — tasks that would force us to improve ourselves. The idea that stuck with me most was riding bridleless. So, for approximately two weeks we’ve been riding brideless 2-3 times a week. This method has given me a crystal clear picture of our weak points.

Surprisingly, a maneuver Buns is really great at is, drum roll please, yielding his shoulders. It was nice to receive confirmation that all the work we did in the last month on moving his shoulders has worked! This is actually probably what he’s best at most rides.

Other maneuvers he seems to do well without the bridle are his rollbacks and flying lead changes. He still picks up into a canter from a stop without rushing and his neck reining is still on point.

Our weakest area in Buns’s handling continues to be his stop. He completely blows off the subtle seat cues and I have to use the neck rope probably 70 percent of the time I ask for a stop. My goal for Buns is for him to be equally responsive to his cue to stop as he is with his other cues.

Most of our rides focus on this cue, especially now that I’m aware that this is his weak point. When the bridle goes back on, Buns and I do a lot of stopping. It’s slowly getting better. Over the next month I’d like to see significant progress in this area.

Bridleless riding has not only helped me improve Buns but it has also aided me in fixing my riding skills. Many times I feel like I want to micromanage every single movement Buns makes. I’m a perfectionist and I want everything to be right, all the time. Riding bridleless has forced me to step away from the micromanaging and to cue more subtly.

Utilizing bridleless riding has created a more trusting bond between Buns and me, which I didn’t think was possible. I’ve learned to trust that Buns is going to do the correct maneuver and not exhibit any funny behavior, such as bolting.

Buns also has to trust me more. Once the bridle is off, Buns has to trust that what he’s feeling from my legs and seat is no different from any other ride we have.  The bridle isn’t there to assist him when he gets dull and sluggish in his cues. 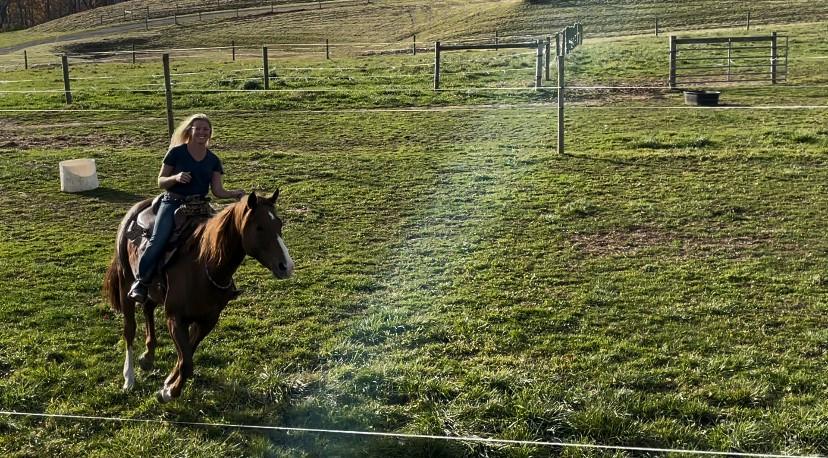 Certainly this may not be the conventional way of training a horse but I’m willing to try a method I thought would work well for us. I trust Buns enough that this is a safe option. His training is advanced enough that he won’t do anything that would be unsafe for me or him.

However, I can’t say that this is going to be an effective way to fix our handling issues. It does allow me to feel where he’s having issues rather than tell him what I want to do. He makes the choice that he wants to listen to the cue I’m giving him.

If this method doesn’t show any favorable outcomes, I can say we made a solid attempt to better ourselves by utilizing it and move on to another method.  But who knows? Maybe we’ll surprise ourselves.