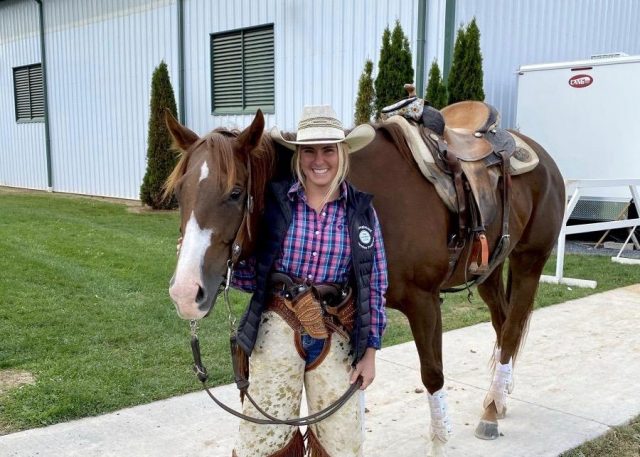 It’s nice to get a trained eye to critique you. It has allowed me to reflect and work on my and Buns’s weaknesses while we’ve been trail riding. I thought Buns was back normal but I learned we still have a lot of work to do.

On his journey to recovery I, along with In Stable Hands and Buffalo Valley Stables, have faced many challenges and addressed educational topics that I have been sharing. We’ve faced and discussed proud flesh, his fracture, the tendon damage and maintaining a healthy weight. I’ve discussed a particular day where Buns decided it was a good idea to jump the round pen and pull down his stall front in a 24-hour period and kept readers up to date on vet check ups.

I’ve also discussed the reasons why I have gone through such extensive care with Buns, rather than thinking about the option of putting him down. I’ve been open about the frustrations of having an injured horse and I recognized horses I’ve had the opportunity of riding while Buns has been healing. I’ve also turned to you guys and gals for your opinions and testimonies on the best sport boots on the market.

Over these past several months I kept you all up to date on Buns’s riding regimen. From walking for 15 minutes to now participating in competitions, you guys have followed him through it all. Just when Buns was really coming along and we were ready to start competing, the tables turned and Buns started rehabbing me.

The setback did not stop us. Buns aided me in my rehab. He stepped up to the plate for me and I don’t think I’d be as far as I am now in my healing or competition ranking without him.

My goal for Buns was for him to come back from this injury without any restrictions and be force to reckon with. He’s shown that goal was a realistic one and one that has been met. He’s planting himself and really digging with his hind end, exhibiting minimal to no signs that he was ever injured.

We have put our entire hearts into training this summer and it has paid off. The two of us have traveled weekend after weekend. We even took a few days to make a trip to New Hampshire to train with Cara and Jared Penley of Penley Horsemanship to further our progress. While there we learned how to fix our most common issues and work better as a team at higher speeds.

In my last article I discussed how crucial it was to step away from competing every weekend and do some other things, such as trail riding, for my mental health and we have done just that. In the past month we had only gone to one mounted shooting competition and it reinforced my decision to trail ride a bit more as we didn’t seem to be on the same page. Some of our runs were great while others were doomed from the moment we crossed the timer line.

While we have been trail riding most of the month, I have not forgotten about the areas in which Buns and I needed to improve to be successful in the shooting pen. There were three areas in which Buns and I needed significant schooling. We worked on these areas with the Penleys but it’s been my responsibility to continue working on them while at home — and I’ve contributed a substantial amount of time to doing that.

Buns’s injury contributes to two of the three big weaknesses we’re working on. Some of it is because of his limited range of motion post injury while another contributing factor is Buns believing he needs to modify movement while he’s showing through other maneuvers that he does not.

Whether on trail or practicing in one of the fields, I have focused on our weaknesses.

The first issue we were having in the shooting pen was the issue where Buns was taking off with me and not checking to my seat cues. Most of the time he would go as far as blowing off my hand cues and run with the bit. I won’t lie, I’ve been weary of really stopping Buns for fear of him really sliding to a stop on his hind end and reinjuring his leg. He has shown he is capable of stopping without reinjury so I made a point to go back and practice the basics with him. The basic exercises I referred back to in order to work on his whoa were, stop and back up. 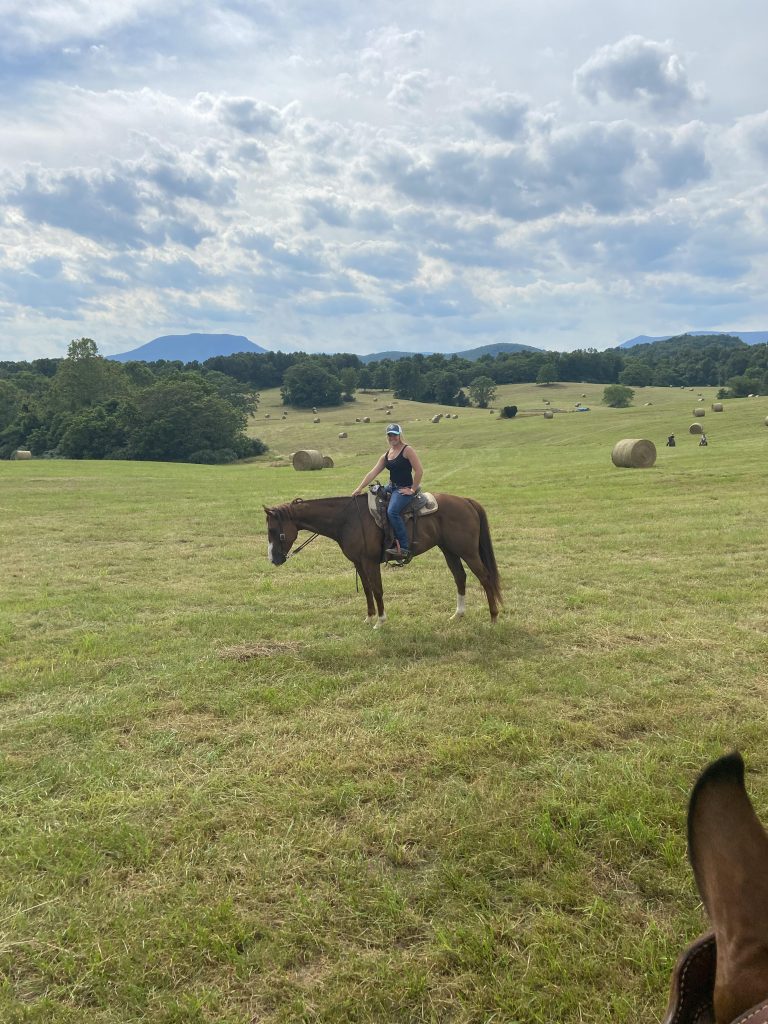 The second issue we were having was Buns blowing off my leg cues. I was having a really hard time maneuvering him through patterns at higher speeds. I found him refusing to bend and/or move off my right leg more so than the left. He’s significantly stiffer on the right side due to his injury so I really needed to focus on getting him to bend and move off my right leg.

This issue isn’t only related to his injury though. Teaching him to tip his nose in, bend around my leg and move off the pressure of my leg all at one time was not one of my stronger suits so he was uneducated because I was failing to correct him effectively. Jared spent a significant amount of time teaching me how to be clear in cueing him while quickly correcting him when he blew off my cue. In the past month I feel like we have improved leaps and bounds in this particular area.

Our last weakness, actually it’s just my weakness, is leaning into my barrel turns. This has probably been the hardest change to make because it’s become a habit. I am not helping Buns any by leaning into my turns, but sitting straight up has been a difficult change to make. I have not only practiced this change on Buns but on every horse I’ve swung a leg over in the past month. I need to create a new habit of sitting straight so I need to do it consistently.

The conscious change in body position is significantly better but I’m still not correctly positioned 100% of the time. This change is going to take some real effort on my end but progress is progress and we’re continuing to make it. 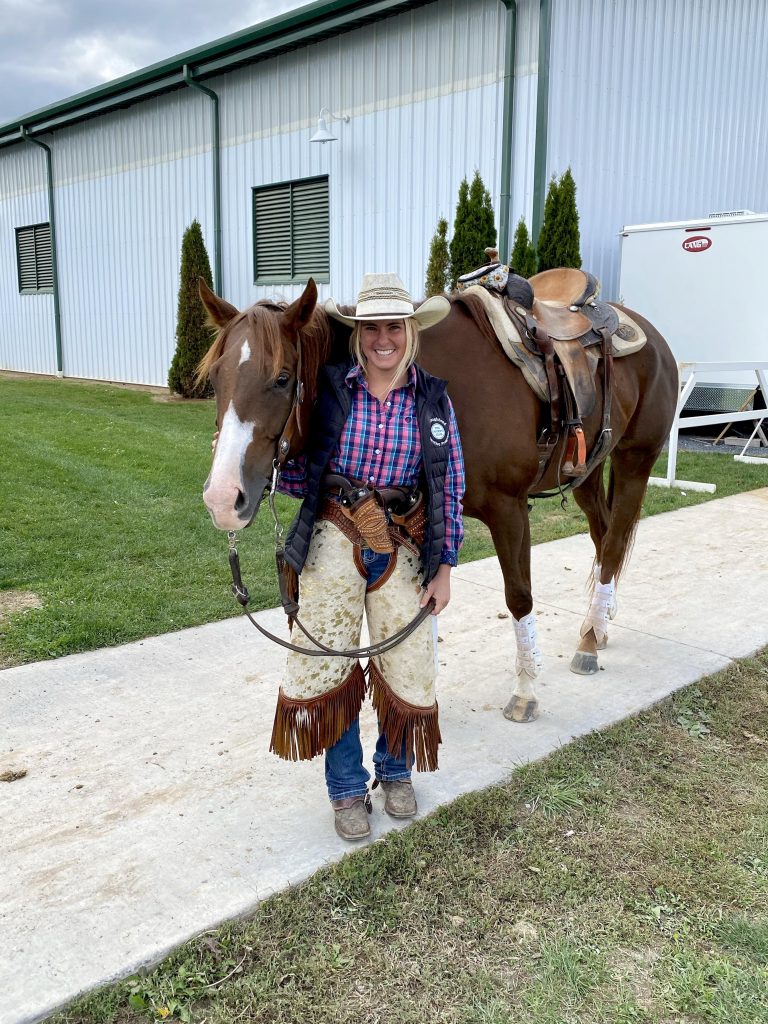 CMSA States and Regionals for me and Buns were this past weekend. I was extremely excited to see how our time off and hard work were going to pay off as we went against some tough competition. I felt that we’ve made good progress and I’m glad to say, our hard work paid off.

Buns and I placed third at the PA State Shoot. The next day, I slowed him down a little to be more accurate and it worked in our favor. We ended up the Ladies Level 3 Northeast Regional Champions!

It was after this shoot that Buns went home last year and injured himself so this bitter sweet victory a year later was enough for me to shed some tears. 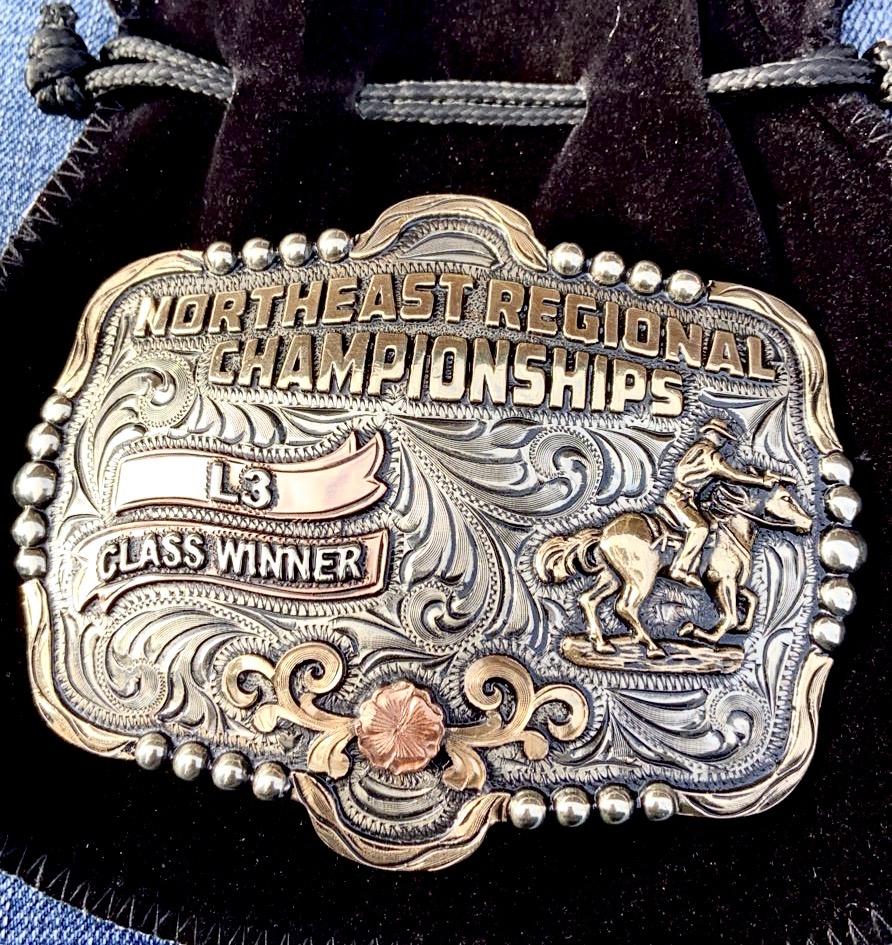