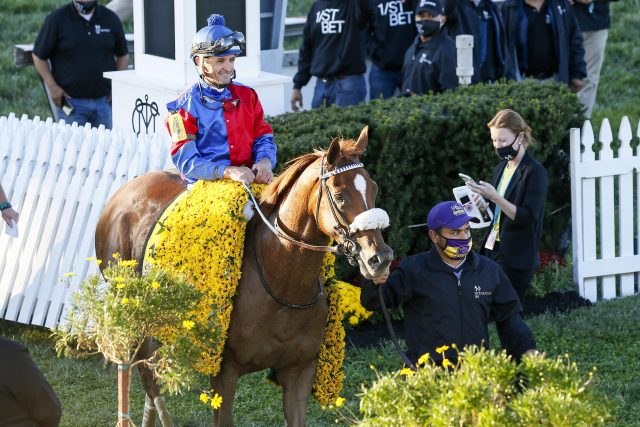 Preakness 145, hosted by 1/ST at Pimlico Race Course in Baltimore, Maryland, is won by a filly for the first time since 2009. 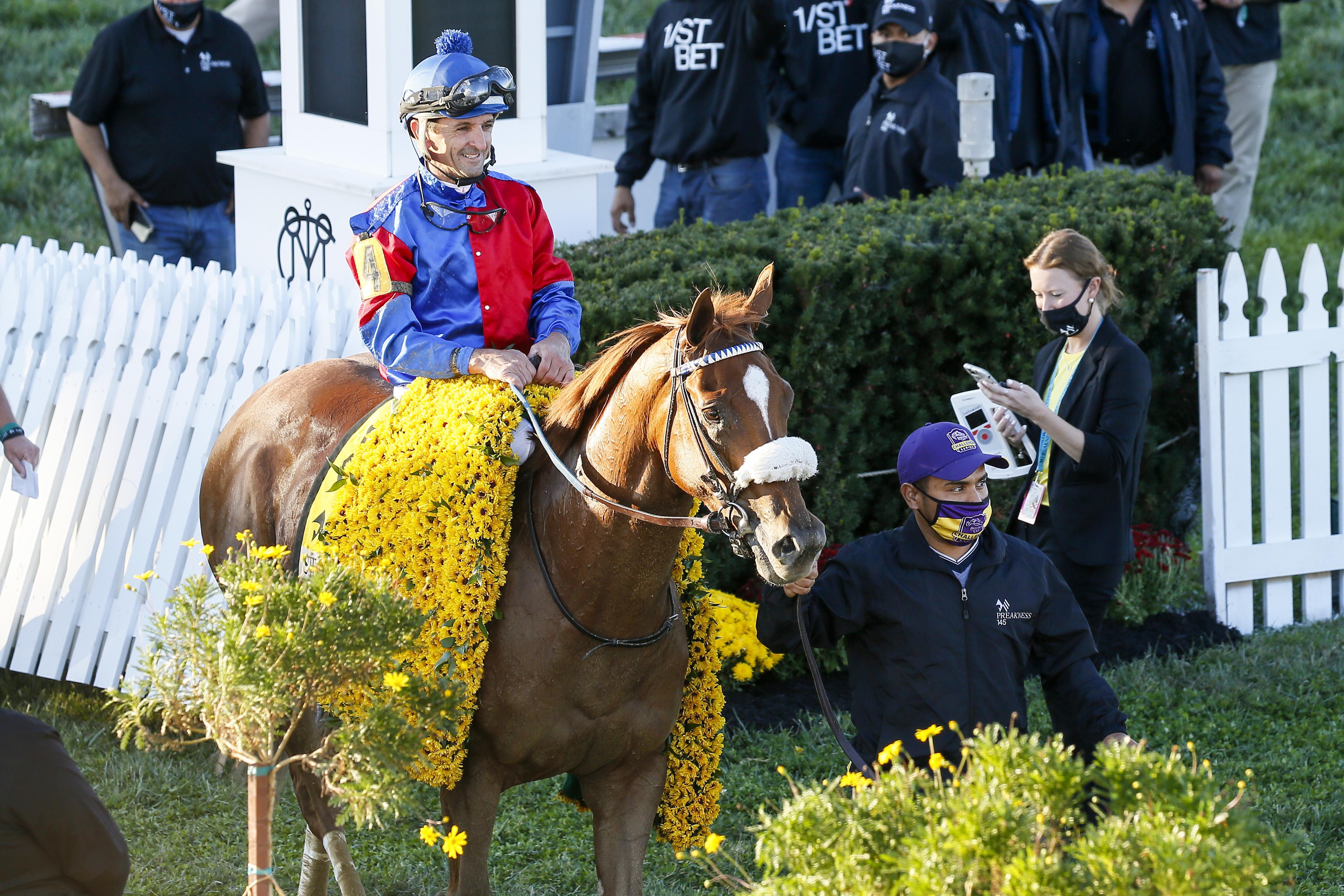 For the first time in the race’s history, the 145th Preakness Stakes (G1) ran as the third jewel of the Triple Crown and the Preakness day entertainment experience was reimagined for the viewing audience at home.

Despite the absence of 130,000+ fans in attendance and three fewer Thoroughbred races than Preakness 144, the total handle for Preakness 145’s 12-race, all-stakes program was a solid $51.2 million. The innovative efforts of 1/ST, the consumer facing brand of The Stronach Group, through its game-changing 1/ST BET app, the official betting app of Preakness 145, delivered a user-friendly digital experience that seamlessly brought the thrill of handicapping to users’ homes.

The Preakness 145 program included the introduction of “The George E. Mitchell Black-Eyed Susan Stakes (GII).” Miss Marissa, Jockey Daniel Centeno, trainer James T. Ryerson and owner Alfonso Cammarota won the fan favorite, 1 ⅛-mile stakes race for fillies in 1:48:08 minutes. The renaming of the 96-year old race was done to honor the life and legacy of George E. Mitchell, a tireless community advocate for Baltimore’s Park Heights neighborhood. Mr. Mitchell’s three children and other family members were in attendance and presented the trophy to the winning connections.

Grammy Award-winning artist Wyclef Jean and Soulful Symphony Founding Artistic Director Darin Atwater together transformed the Preakness’ musical traditions, including the National Anthem, Riders Up and the iconic Call to Post. The entertainment program celebrated Maryland’s rich history and diversity and paid homage to the contributions of African-Americans in the sport. Call to Post, the iconic tradition that signals the start of the race, was presented for the first time as a contemporary mash-up in collaboration with Brian Newman, American jazz musician and Lady Gaga’s band leader, and the Maryland Jockey Club’s own trumpet duo, Sam Grossman and Beth Dixon. The entertainment program delivered a powerful rendition of the Bob Dylan classic “Knocking on Heaven’s Door,” performed by Wyclef Jean. 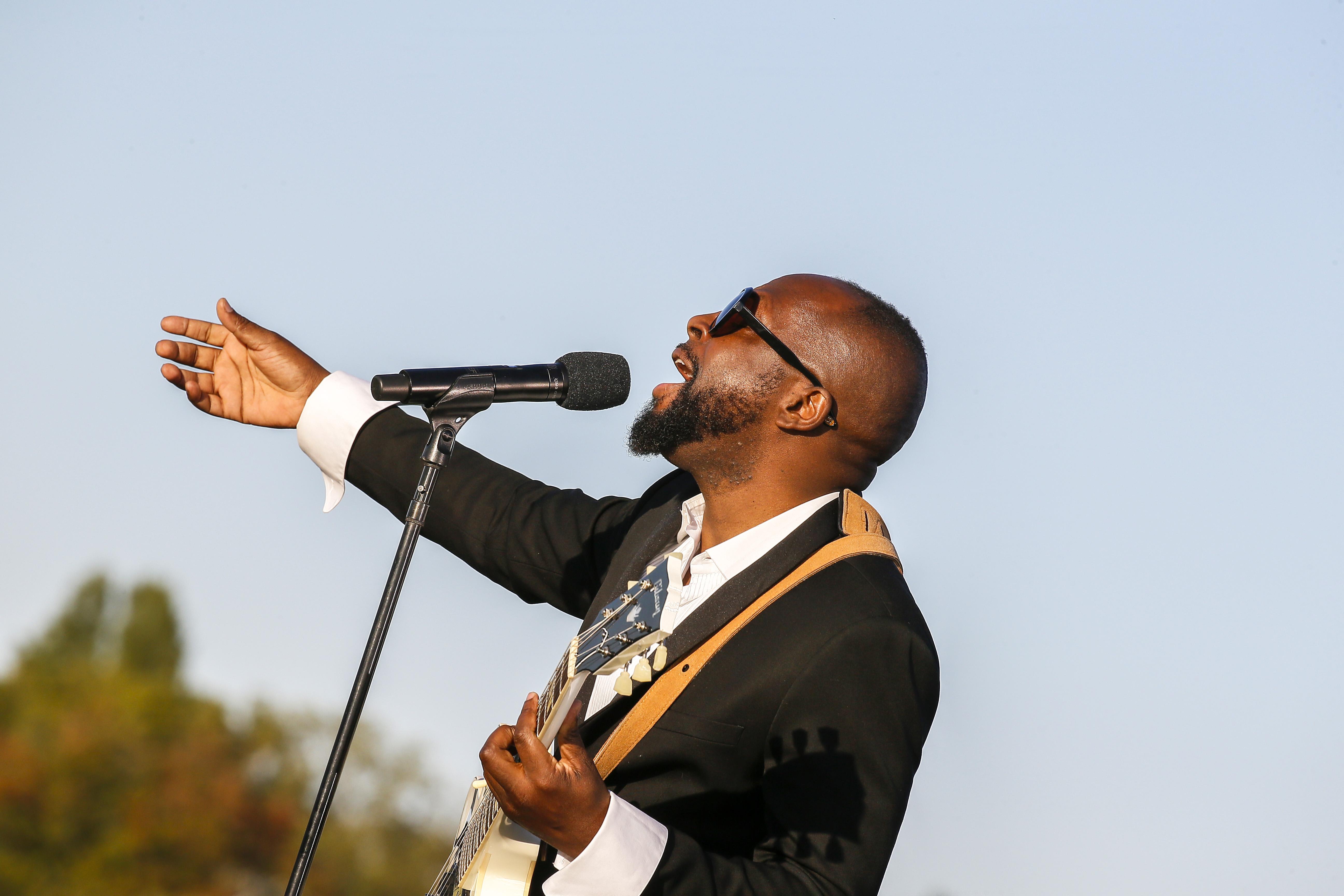 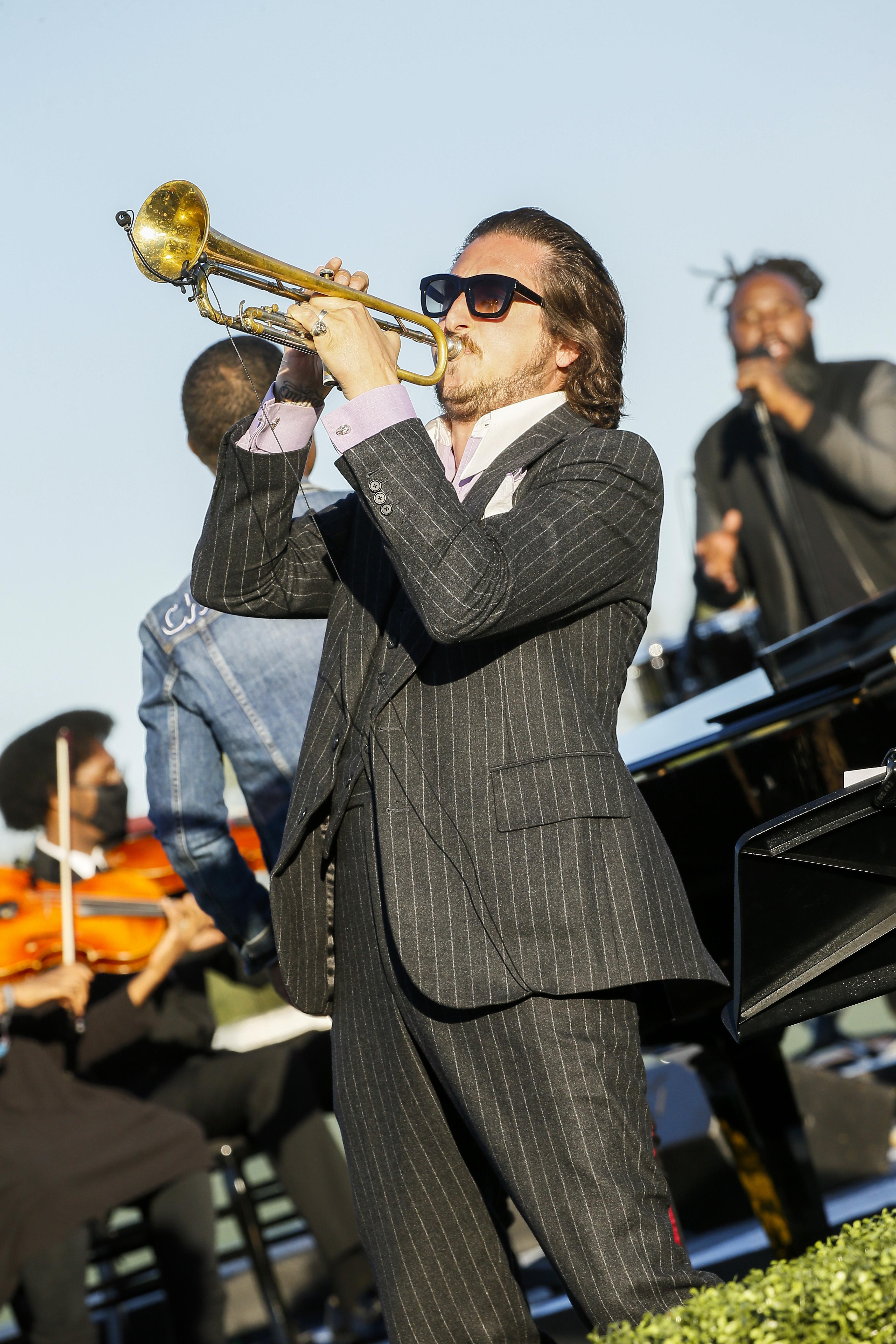 Jockeys riding in both the 145th Preakness Stakes and the George E. Mitchell Black-Eyed Susan Stakes wore armbands inscribed with “ONE RACE” to call attention to the racial injustices experienced by so many and to reinforce the message of unity and hope.

“Despite looking much different this year, Preakness 145 delivered an unforgettable day of world-class Thoroughbred racing and entertainment,” said Belinda Stronach, Chairman and President, 1/ST and The Stronach Group. “During a challenging time, Preakness 145 gave us the opportunity and platform to innovate and bring forward new and inclusive traditions reflective of the great City of Baltimore and the State of Maryland.” 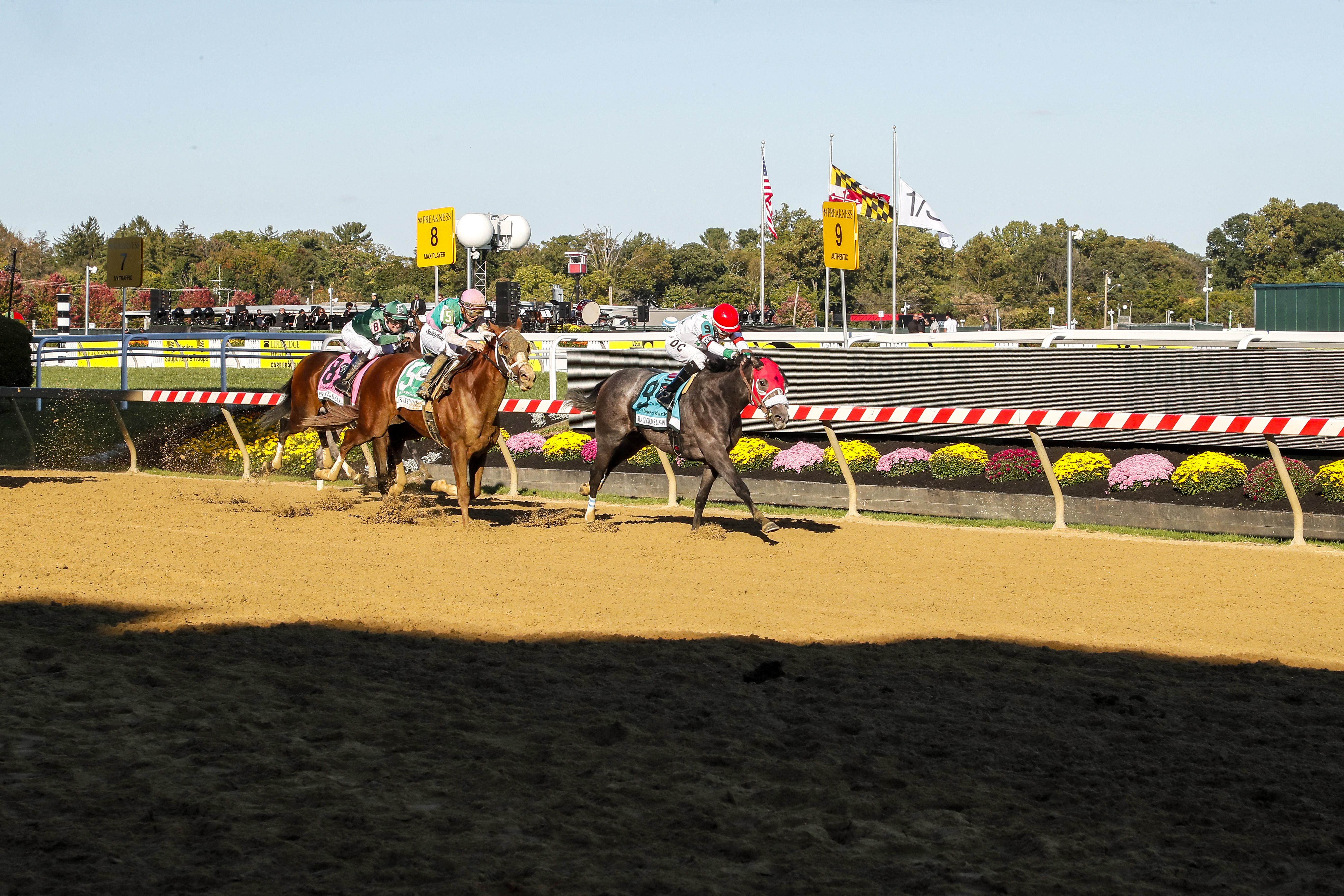 Due to the COVID-19 pandemic, the signature race did not include spectators. Celebrities, always a fixture of the Preakness, instead shared virtual greetings that were broadcast on NBC highlighting their Preakness picks and at-home celebrations, including actor and host Mario Lopez, TV host and stylist Jeannie Mai, actor JB Smoove, and singer-songwriter Kandi Burruss.