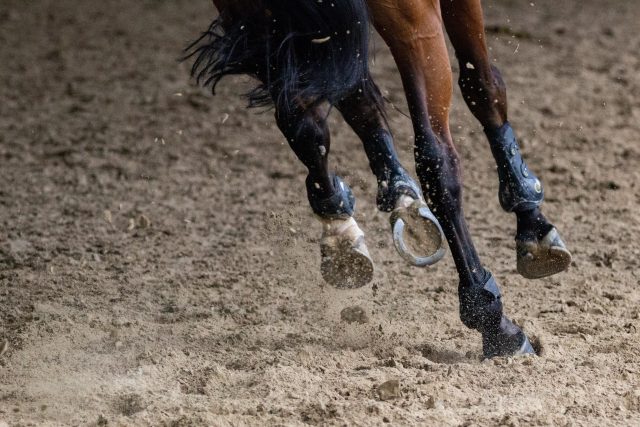 October 2, 2020DeAnn SloanSusan GloverBest of JNComments Off on Best of JN: What’s Your Lowest Bar? A Follow Up Column!

“I want to compete, but the cost has to be worth it. I’m more than ready to show, as is Steve, but it needs to be a good experience going in.” 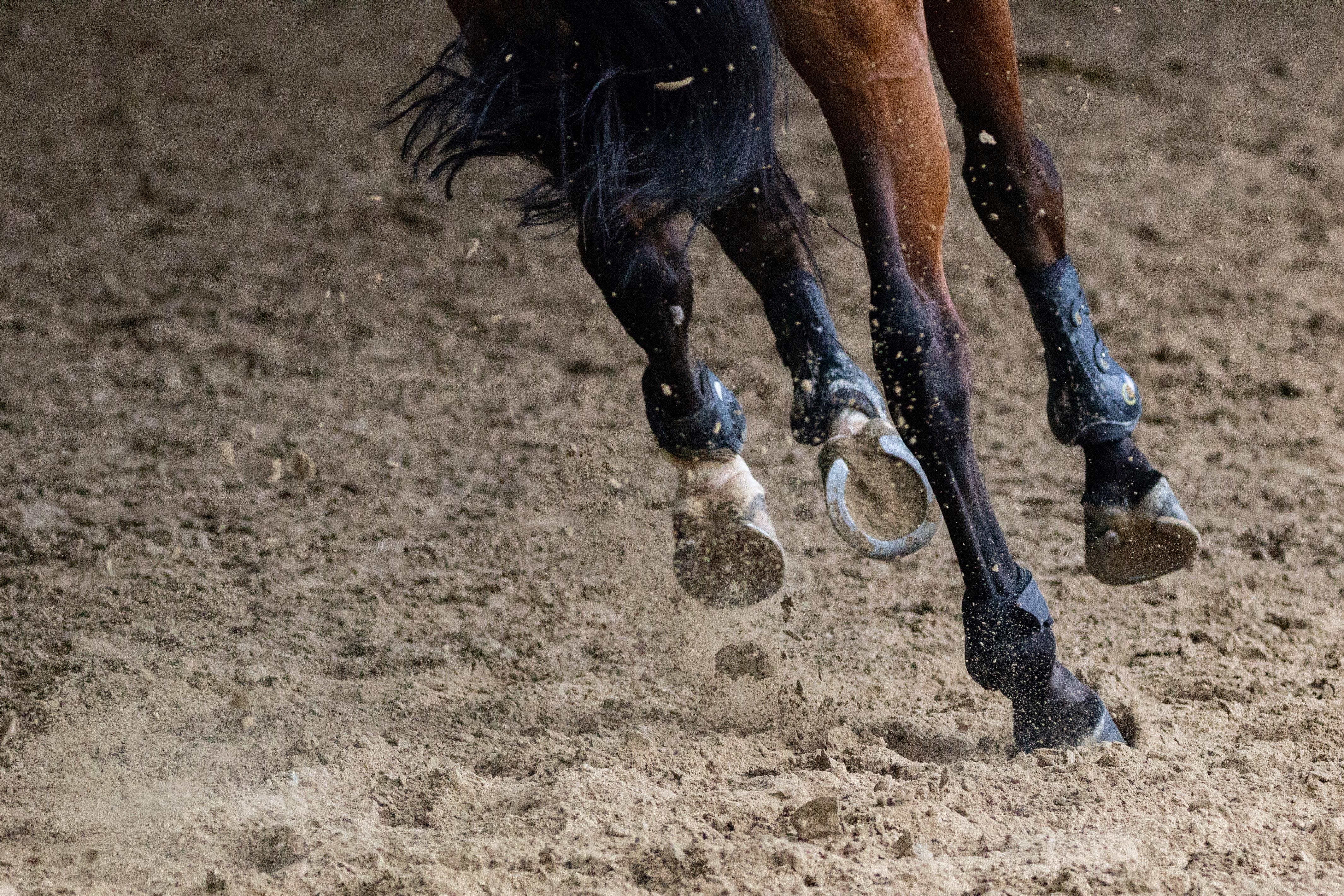 2020 has made horse showing difficult for me, in many ways. I have been very lucky not to be personally hit with the tragedy of COVID-19, and not being able to show much is certainly a minor problem in the larger scheme of things. Regardless, it is what I spend a lot of my time working toward, and this situation has been frustrating at best. I wrote about expanding one’s idea of competition to take advantage of other opportunities earlier this summer. This is a follow-up to that piece, as since then I’ve realized a few important things.

First, my jumper Steve was out of work with a minor but slow-healing injury from late fall until March. Next, the pandemic hit and everything was put on hold while we all dealt with this new reality. Many shows were canceled or moved to different venues, and even when things first began to open back up, showing seemed unsafe and unwise.

Horse showing for me always requires a good bit of organizing, particularly as I am a jumper in a barn full of eventers, and finding dates that work with my trainers’ schedules can be a challenge. Given that Steve and I are a little rusty, I’ve been unwilling to go to a large rated show without some help in the warm up ring. These shows are very expensive and most of the ones around me are quite a long hike from my barn, which makes the stakes too high to go in and screw up because I’m out of practice.

We did find a rated show to go to a few months ago, and the plan was for my trainer Morgan to take Steve in a class and then I’d do a couple more. She was going to meet us there and I took along a barn kid to help. We rolled up and had our temperatures taken at the entrance with a little temperature gun thing, but it wasn’t working. The gate people mentioned that the high heat was making the machine misread. Several minutes of futzing with it later and the temp takers radioed for help.

One of the organizers rolled up and did more futzing. He declared that it was fixed and tried it on me, but it registered that I had a high temperature. He tried two more times with the same result. I was very surprised by this, as I felt normal and quite healthy, but what could I do? I assumed sitting in the hot sun in my black truck waiting for the temperature gun to be fixed had made my forehead hot, but there weren’t any other options than to honor their request/demand that I turn around and head back home. When I got home, I took my temperature with three different thermometers and was relieved to see that I was well within the normal parameters. I took it every day, at least once, for the next week. Nothing. Technology failure was the only conclusion I could reach. I was angry at first, but when I put myself onto the other side of the question, I knew that if I was at that show and heard that the gate checkers were letting people in who registered as having a fever I would have been furious. This is a serious situation, and part of our job as members of a society is to behave responsibly and not decide we are exempt from rules meant to keep us all safe.

Sigh. Well, back to the drawing board. There was a little Combined Training sort of show that I was finally able to do, which I wrote about in that earlier column. That was fun and a good outing. I was hopeful I could go to more of those. COVID, however, had different ideas and as the summer went on, many of the schooling shows and other non-rated competitions held at eventing and other non-traditional venues were canceled. Or, the offerings were all 3’ and under, which isn’t very useful to us.

I finally found another schooling show that seemed like a good bet. Morgan was eventing that weekend, but my friend Jaime was able to be ground crew and post-show drinking buddy, so I sent in my entry. The highest division was only 3’3”-3’6”, but what the heck. I figured we weren’t showing much, so this would be a good re-entry. The picture of the venue had what looked like a nice sand ring, the entry fees were low, and (bonus!) it was only a short haul from our barn. It was going to be great!

It was not great. It was, instead, a big mess. The list of issues is quite long, but the first red flag was dropped when we pulled in and saw NO ONE wearing masks. There were no signs to indicate the pandemic was actually happening. Just the past week I’d heard from close friends about four more deaths of loved ones from COVID and it was weighing heavily on my mind, but here at this horse show it was clear that it did not exist for these people. Children were everywhere, people sat next to each other in groups, there were older people, infants, and everyone in between.

Jaime and I were masked, along with a handful of spectators, but everyone else was mask-less. I was so upset by this that I considered leaving right then, but I REALLY wanted to show! Was this a dumb decision? Probably, but we decided that we could stay away from everyone, do my classes, and then leave. We should have just left at the beginning, because things were going to get worse.

The list of problems with the show is too long to go into fully here, but this is a summary: Now, all of these issues were bothersome but, taken singly, workable. The footing was probably the most worrisome, as I highly value my horse’s legs. Even the honies were slipping as the day went on and the footing got more and more chopped up. That combined with the fact that the lines were set for a 8-10 foot stride, not a 12 foot stride, was the real kicker.

With better footing, the longer lines would not have been much a problem. Steve is very adjustable and will sit and put in a stride or open up and take one out. He has a massive stride and we have often left one out down a long line in a jump off. The 7.5 stride diagonal line would have been easy to manage, for example. The in and out, set on to 2.5 strides, was more of a concern. I watched approximately 3700 rounds (I may be exaggerating), and saw perhaps five where the horse was able to make the striding work out well there and in the other two shorter lines. As this involved galloping at each line and jumping very flat, it wasn’t a great strategy.

I knew we could do it, but did we WANT to? I don’t need Steve to be barreling around on slippery, hard footing and then jumping flat to create reasonable distances. I wasn’t going to stud him to just survive the grass warm up, especially since the studs would have posed an extra danger for his tendons in the sand ring. I’m not sure why we stuck it out so long, but when yet another trailer pulled in with yet more fodder for the 2’9” division, I called it a day. Steve was happily munching away and staring at things from the comfort of his nice luxury trailer for the eternity that Jaime and I had been watching all of this mess unfold, so as far as he was concerned the entire experience had been fabulous.

Lesson learned: if the venue isn’t a known quantity, try to gather information about it before you show up! No one had heard of this place, and all I had to go on was a picture of the sand ring, which looked fine from a distance. The lack of acknowledgement that the pandemic exists and demands a level of responsibility was bad enough, but when the cons were basically obliterating the pros, it was no longer worth it to hope for more pros to pop up. If I had a sturdy little horse jumping low fences it probably would have been fine. Certainly no one else appeared to be concerned with the issues I saw, even when horses began slipping in the terrible footing.

2020 means my bar for showing has gotten pretty low, but my horse deserves better, and this experience was a reminder that there are more important things than bringing home a ribbon. I want to compete, but the cost has to be worth it. I’m more than ready to show, as is Steve, but it needs to be a good experience going in. Where is your bar set for a show? Have there been times you’ve wished you had skipped a show due to bad footing or courses or other problems? I’m curious to hear other people’s stories and what are your red flags. I hope others have been having a better time of it, but one good outcome is that when I finally get back in the ring I know I will value it even more than usual!