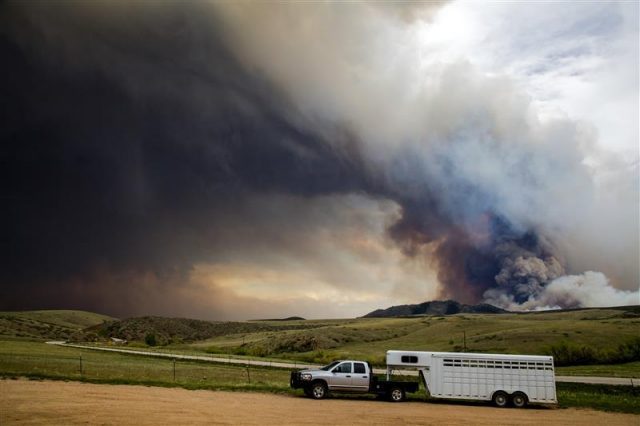 With smoke from fires on the west coast affecting people globally, knowing the best way for your horses to cope with it is key. Nan Meek and Kim Miller from Haygain offer these tips. 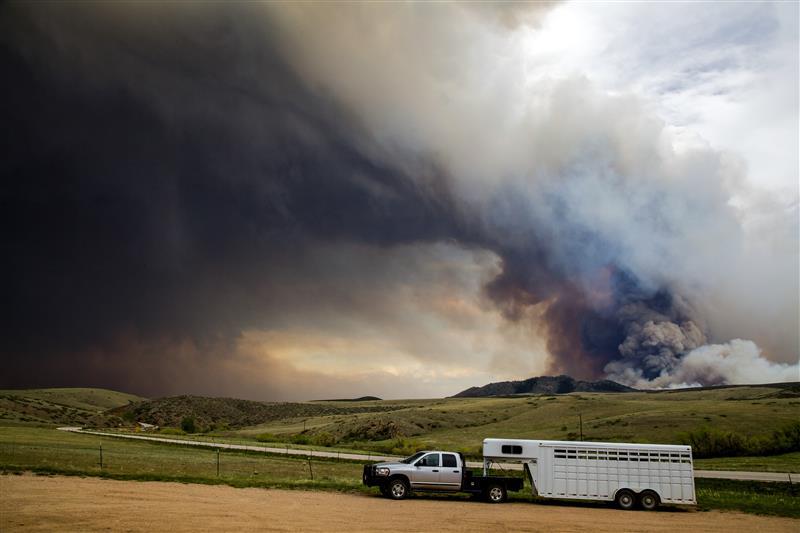 Smoke from wildfires in the West had made its way to the East Coast of America and has hit Europe. Speculation that it will circumnavigate the globe is sadly realistic. That smoke is as bad for horses’ health as it is for people.

Here’s a primer on smoke and tips on minimizing its effect on your horse.

Smoke comes in endless variations, depending on what is burned. In the case of wildfires that spread beyond forests and rangeland to consume homes and other structures, smoke is produced from burning wood, vegetation, plastic, building materials, furniture, vehicles and combustibles such as gas and oil.

Wildfire smoke can contain carbon dioxide, carbon monoxide, hydrocarbons and nitrogen oxides, among other chemicals, for example. Even the smoldering stages of a fire can be deadly – that’s when colorless, odorless carbon monoxide is produced in the greatest quantities. In high doses, carbon monoxide can be fatal.

Of greatest concern, however, is the particulate matter from wildfire smoke. Particulates are an airborne mixture of solid particles and liquid droplets that are very small – less than five microns, smaller than the width of a human hair, which is typically 70 microns. Sub-micron particles are small enough to penetrate deep into the lungs where they can cause damage even before any signs of respiratory distress become evident.

How Horses Are Affected

Horses show signs similar to humans, with irritated eyes and respiratory systems, compromised lung function and worsened conditions on the Equine Asthma Spectrum that ranges from Inflammatory Airway Disease to Recurrent Airway Obstruction, aka “heaves.” Watch for signs such as coughs, nasal discharge, wheezing and other breathing distress – if such signs increase or persist, your veterinarian should be called to provide professional diagnosis and treatment.

Not as widely discussed is the effect of particulates on the immune system, but it’s high time to highlight this important fact. Particulates have been shown to alter the immune system, which reduces the lungs’ ability to remove inhaled materials such as pollen and bacteria. Because horses are continually exposed to allergens outdoors as well as in the stable, an immune system compromised by wildfire particulates is a serious matter.

How to Help Your Horse

First of all, watch for clinical or behavioral signs that your horse needs treatment and don’t hesitate to call your vet if you are concerned. You know your horse better than anyone, and your equestrian instinct can be your horse’s best defense.

Keep exercise to a minimum. Avoid activities that increase smoky airflow into your horse’s lungs. You may note your horse being less active in his field or paddock, a sign that his horse sense tells him not to exert himself when it’s more difficult to breathe. Even if his horse sense hasn’t kicked in, be his advocate and refrain from normal activity until the air clears.

After a particularly intense period of smoke inhalation, it may take four to six weeks for your horse’s airway to heal. Give your horse the gift of time to heal. Exercising too soon could aggravate the condition of your horse’s lungs, delay healing and compromise future performance. Experts familiar with the training and competition schedules of sport horses advise a return to exercise no sooner than two weeks after the atmosphere is clear of smoke.

In the meantime, water is your horse’s friend. It keeps the horse’s airways moist and helps clear inhaled particulates from the airways; dry airways encourage particulates to stay in the lungs and air passages. Because horses drink most of their water within two hours of eating hay, encourage water consumption by keeping fresh water close to where he eats.

As an equine health company, respiratory health is one of Haygain’s primary areas of expertise. The Flexineb Portable Equine Nebulizer Haygain distributes is on the frontlines of efforts to help smoke-threatened horses throughout the West right now.

If your horse is diagnosed with smoke-induced respiratory conditions, your veterinarian may prescribe treatments such as IV fluids, bronchodilator drugs, nebulization or other means to hydrate his airways. Nebulization, commonly known as aerosol therapy, enables medications or natural therapy liquids to be aerosolized into tiny particles small enough for your horse to inhale deep into his lungs.

The Flexineb is proven to deliver 71% of the nebulized drug deep into the horse’s lower respiratory tract, with the other 29% reaching the upper respiratory tract and trachea. Its light weight, silent operation and easy application help the horse stay calm during treatment.

Haygain’s high-temperature hay steamers also help by adding water to the diet and reducing up to 99% of the respirable particles found even in hay of good nutrient content. These are problematic every day and especially when the horse’s respiratory function is compromised from smoke inhalation. Soaking hay is another way to add water and reduce some of the particles, however, soaking for as little as 10 minutes can increase the bacteria load in hay by 150%. That’s especially hard on horses whose immune function is suppressed by respiratory distress.

While it’s usually healthier for horses to live outdoors, the opposite is true when smoke is present. Keeping the barn air clean is extra critical, especially reducing two main culprits in respiratory disease: dust from stall bedding and ammonia fumes from bacteria that proliferate in the urine collecting under conventional stall mats. Haygain’s ComfortStall Sealed Orthopedic Flooring has built-in cushion that reduces bedding needs to only that required to absorb urine. Its top layer is sealed to the stall wall, preventing urine seepage to the stall floor.

Keep exercise to a minimum and hydration to a maximum. Watch for signs your horse is not feeling normal and keep an extra watch on horses with compromised respiratory and immune systems. If in doubt, call your vet.