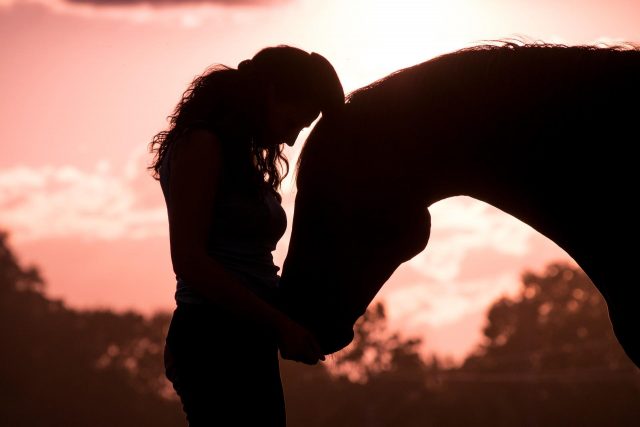 September 21, 2020DeAnn SloanAshley Francese#EDITORIAL, #ESSAYComments Off on Editorial: A Call for Equestrians To Be Better People

“Rather than wearing umbrage like a shield, and retreating behind our screens and into the barn aisles, let’s try to do better. Let’s try to talk to each other, to listen to each other and to trust each other.” 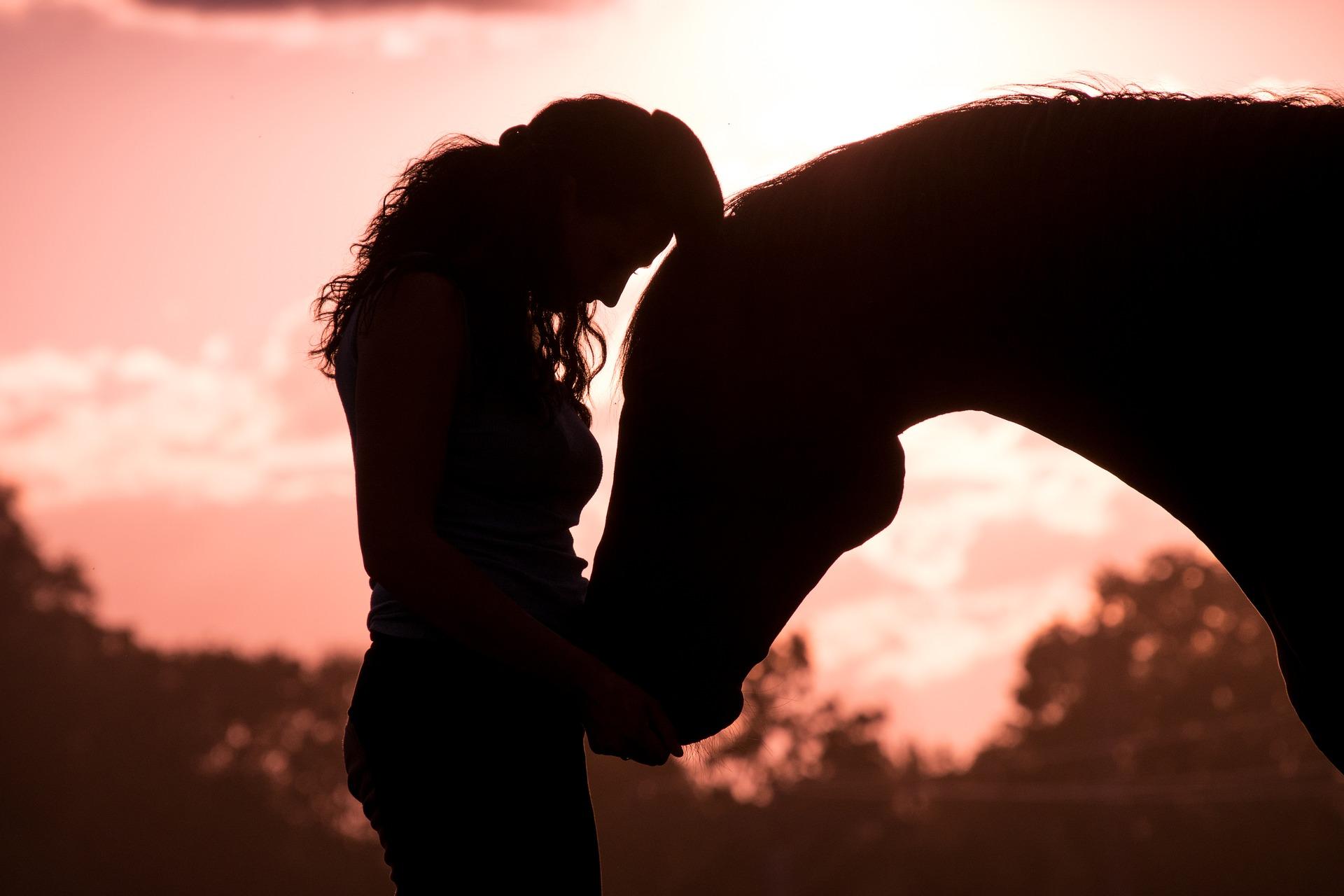 Over the past few months, I have been deeply saddened by the amount of in-fighting that I have seen amongst equestrians. The wealthy have been fighting with the poor, the offended have been fighting with the people who believe that other people should toughen up, breeders are fighting with rescuers and people are hiding behind the shield of righteousness to give themselves an excuse to ignore the other side’s argument. I have seen countless screen-shotted screeds against this or for that. And I have seen comments on articles that belie the fact that the commenters have not actually read the article in question, but have merely used the comment section as a place to voice their own opinion (I am sure I will get several such comments on this article from people who haven’t even read thus far).

So, I am taking to my screen, because my voice has always been clearer on the page than it is in person, to tell you all a story. And it is not a story that I share lightly (because it’s one that very few of even my closest friends know), but I am going to be vulnerable with you, readers, in the hope that you will realize that our community is divided, and that empathy and compassion require real honesty. And that sometimes honesty is uncomfortable. And that sometimes strength looks a lot like vulnerability.

When I was a little girl, my dad bought me a cantankerous old mule with a penchant for stepping on snakes’ heads and escaping from his solar fencing. His reasoning for buying me a mule was, “No daughter of mine is going to grow up riding a pony. My daughter’s going to be tougher than that.” My father engendered in me a love of hard work (he had a kennel of hunting dogs that we had to care for each day) and he always encouraged me to stand up for myself, but at the same time to listen to other people, and to quiet my own emotions and opinions when considering a situation. He was the most important person in my young life.

And when I was 10 years old he was brutally murdered by our neighbor. And I decided I didn’t much like human beings. Because a human had taken away the thing that mattered most in the world to me. I spent all my time with horses and dogs, and hid myself away from humanity. At the time my mother and I were fairly abjectly poor, but I sold items in our house (specifically my father’s beloved pool table) to fund my riding lessons and to help to purchase my first horse.

At this time I was riding at Wilson College in the community program and I was so mentally shut down by the trauma that I had suffered that I was put in remedial classes in school and even my riding instructor thought that I had learning deficits. But over the eight years that I rode at Wilson and attended middle then high school, I came alive again through working with horses. I still was awkward and uncomfortable around humans, but in that time I met some wonderful equestrians, who made me want to be a better person, most notably Colonel Kitts. He was a gentle, kind man, who could get lost in the weeds talking about the biomechanics of riding and who also believed in sportsmanship deeply in his soul.

When I was in college, the man who killed my father was released from prison and the 10 year anniversary of my father’s death came and went. It was a dark time for me filled with dark thoughts. Riding allowed me to clear my head and focus my energy. Horses were the only things I really trusted, and I was happy to spend the rest of my life in their company. And then a book changed my life.

I read the Iliad, and the story of Achilles putting down his anger (the Greek word for anger, menin, is actually the first word in the text) and becoming human moved me. The scene that I can never make it through without crying is the passage in which King Priam sneaks into the Greek camp after his son Hector’s death. He kneels down in supplication and begs Achilles for the body of his son. And he says, “I have endured what no other mortal man has endured, I have put my lips to the hands of the man who has killed my son” (I cry now as I type those words). And Achilles pities him, and gives over his anger and returns Hector’s body to Priam.

After that I started to think about forgiveness differently. It’s a necessary part of humanity. And locking yourself away from people to avoid being hurt is no way to live. I realized that I had been carrying around a lot of anger and resentment for years, and it is hard to carry the weight of another person on your shoulders. So, I spoke to the man who killed my father, and I forgave him. Not for him, but for me. So that I could move on.

And after forgiving that man, I found that I actively wanted to be around humans. I wanted to strive to understand people the way that I understand horses. So, I spent over a decade as a high school and middle school Latin teacher, and teaching those students reminded me of the beauty and resilience in the human spirit. I enjoyed hearing their opinions and encouraging them to think more deeply and to have empathy for their classmates and for themselves. Teaching (I have since moved from high school to college) continues to ground me in the human world and to remind me that humans, like horses, are sensitive and complex and deserve compassion and patience.

I tell you this story, a story that I almost never tell and the most deeply personal essay I will write, because currently in the equestrian community I hear a lot of fighting between liberals and conservatives, between the haves and the have nots, between people who feel disenfranchised and people who believe that all equestrians are necessarily disenfranchised. There is so much anger and rancor. It’s easy for equestrians to say their piece, and then move away from the conversation, hiding behind their screens or limiting themselves to interactions with their horses or other like minded people.

How are we ever going to understand one another if we can’t set aside that anger and listen? For me, putting down my anger and speaking with the man who killed my father was the first step in moving forward. This is something I call on everyone to do.

I would like to challenge you to talk to other people rather than unfollowing them. Growth does not come from comfort. Flowers don’t grow without rain, and without trauma humans do not become humane.

One of my favorite quotes is from Jane Austen’s Persuasion: “None of us wants to be in calm waters all our lives.” It’s a quote decidedly ahead of its time about women not wanting to be protected by men from the necessary ups and downs of human life, but it also speaks to the fact that everyone has demons, everyone has low points and everyone has things that they have to work through. No one can really know another person’s suffering unless that other person lets them in, and unless we have deeper and harder conversations with one another.

For me, I am from a family of immigrants, I have been poor, I have been sad and since I have started trusting people and putting myself out there, I have made deep and lasting friendships with people from all walks of life and equestrians from all backgrounds.

So, rather than wearing umbrage like a shield, and retreating behind our screens and into the barn aisles, let’s try to do better. Let’s try to talk to each other, to listen to each other and to trust each other. What I am calling for is radical humanity, radical horsemanship, and radical sportsmanship. Let’s really put ourselves out there and try to be better equestrians, better horseman and better humans.