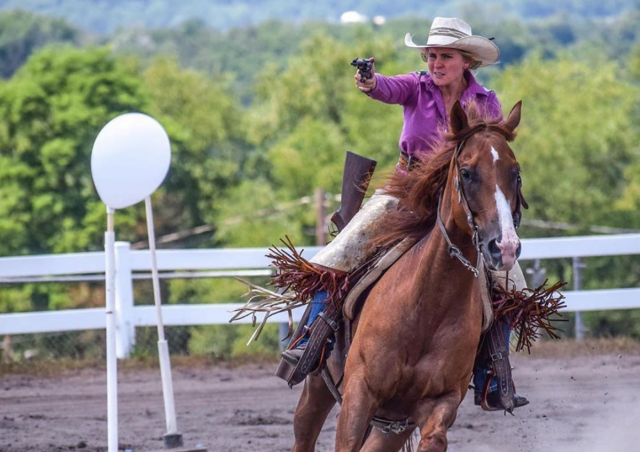 “We felt like a well oiled machine again…Buns shone in the arena. After every ride I got the chills. Buns was nothing short of amazing…It’s our time to shine.”

Over these past several months I kept you all up to date on Buns’s riding regimen. From walking for 15 minutes to now participating in competitions, you guys have followed him through it all. Just when Buns was really coming along and we were ready to start competing, the tables turned and Buns started rehabbing me.

The setback did not stop us. Buns aided me in my rehab and is continuing to help me as I am not back to 100% yet. I may have felt defeated and down on myself for the past month but Buns did not disappoint. He stepped up to the plate for me and I don’t think I’d be as far as I am now in the healing process without him. 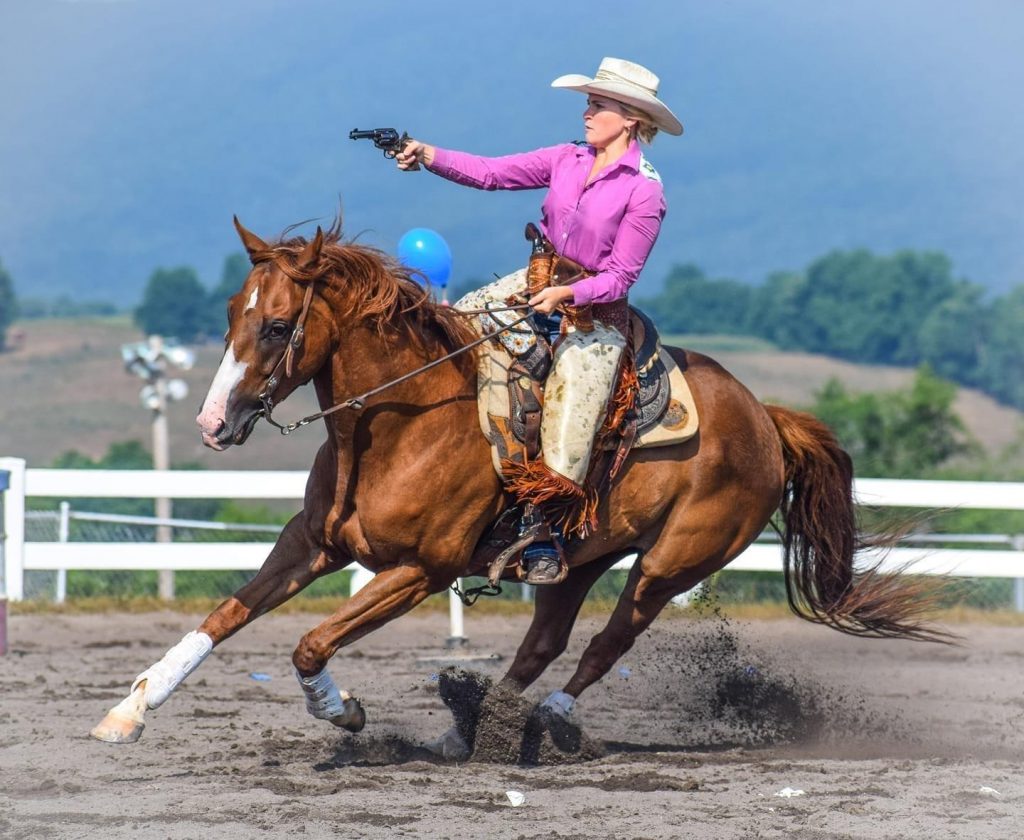 Since my accident, Buns and I have participated in six mounted shooting competitions. My doctors told me that they wanted me to continue doing whatever it is that I do for my everyday routine. That by doing this, my brain and eyes would remake the connection with each other quicker so that there was no lag between the two. Our first two shoots back were challenging for me. Buns did well for them being his first competitions post injury but through watching the videos you can tell he’s gotten so much stronger from his first competition back to now.

He was more than ready to be back to work. I think we took it easy more for me than him. That sure wasn’t in my plan. My plan was to ease him back into it, to make sure he was really ready, but he was easing me into it. 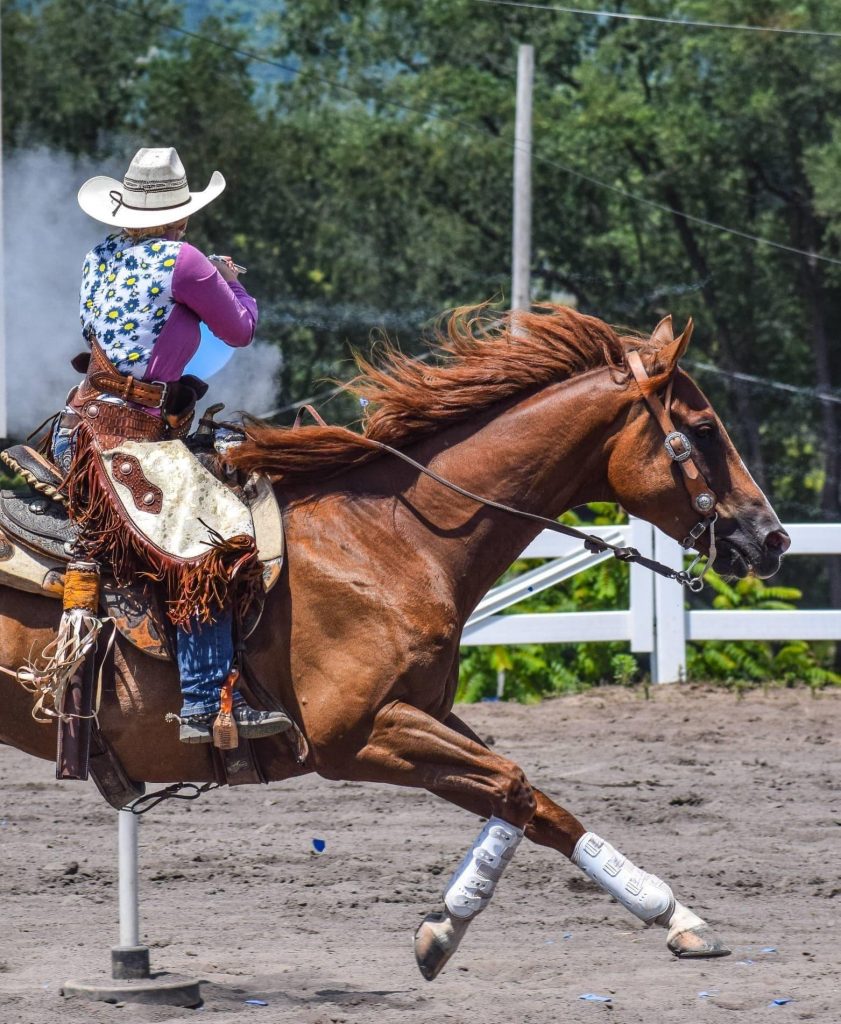 Despite taking it easy, our first shoot back was a qualified win in our class. I may have cried — a lot. I could not believe it. I was so nervous to see how he was going to maneuver patterns and react to the gunfire. He acted as if he had never taken an eight month break from it. Buns shone in the arena. After every ride I got the chills. Buns was nothing short of amazing.

The following weekend, we went to the CMSA Appalachian Mountain Championship in Lexington, VA. I figured this would be a good one for both of us. We only had to run two patterns a day (as opposed to the usual four stages a day) so we could take it easy the rest of the day. Buns was really awesome but because of my brain injury, I just couldn’t concentrate on the balloons. Needless to say, we had some tough luck there, all my fault.

Next up was the New York State Championship. We won our class there! Buns and I were on fire! Still holding back from where we left off pre-injury but Buns was definitely feeling stronger and really wanted to go faster.

I made the decision that the following weekend at the Lake Erie Mounted Vaqueros Shoot that I would let him go. It didn’t go so well. Actually, it was one of our worst performances ever. My eyes and brain were used to the pace we were going. It’s frustrating how something so simple as increasing speed is enough to throw off my balance, eye sight, concentration and ability to think quickly on how to cue my horse and shoot my gun. I wasn’t about to give up though. I continued to go at that faster speed in order to give my eyes and brain the opportunity to adjust, even though the entire weekend ended up being a crap shoot. 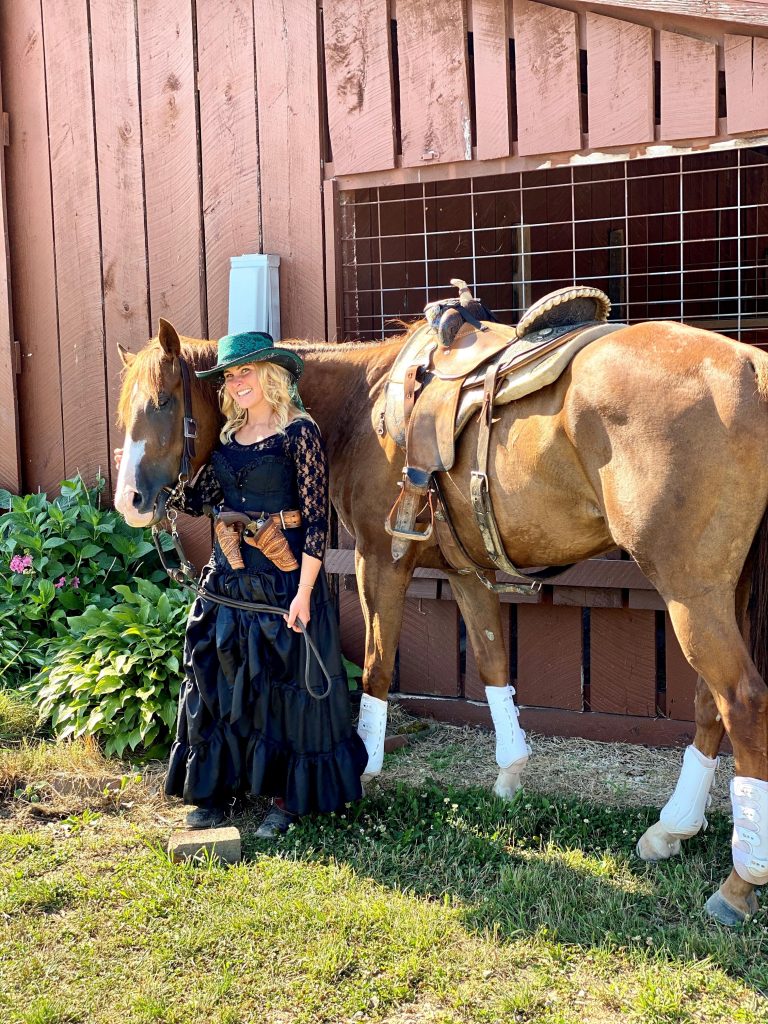 It paid off. We then went on to shoot with the Keystone Cowboys and we continued at the faster pace. Buns feels significantly stronger since starting back to competitions and I have progressed as well. We felt like a well oiled machine again. We won our class, shotgun and were in the top ten overall. This was our first top ten overall placing EVER — and we’re still not to our maximum potential!

This past weekend we shot with the East Coast Outlaws. With coaching from Penley Horsemanship, we continued to improve. We received our forth and final qualified win and moved up to a Ladies Level 3 – and then we kept going. We took second place against some tough competition in the Showcase and won our first Ladies Level 3 class on Sunday.

My goal was for Buns to come back from his injury and be a force to reckon with. I have no doubt that both of us are both going to overcome our injuries and blow that goal out of the water. It’s our time to shine and we’re not going to quit until we do!