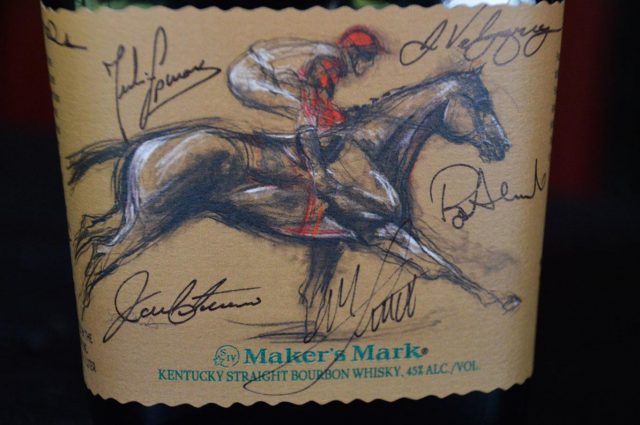 Every week Horse Nation teams up with Ovation Riding to recognize those doing good in the horse world. Today we recognize Keeneland and Maker’s Mark, who are joining forces to help the Permanently Disabled Jockeys Fund. 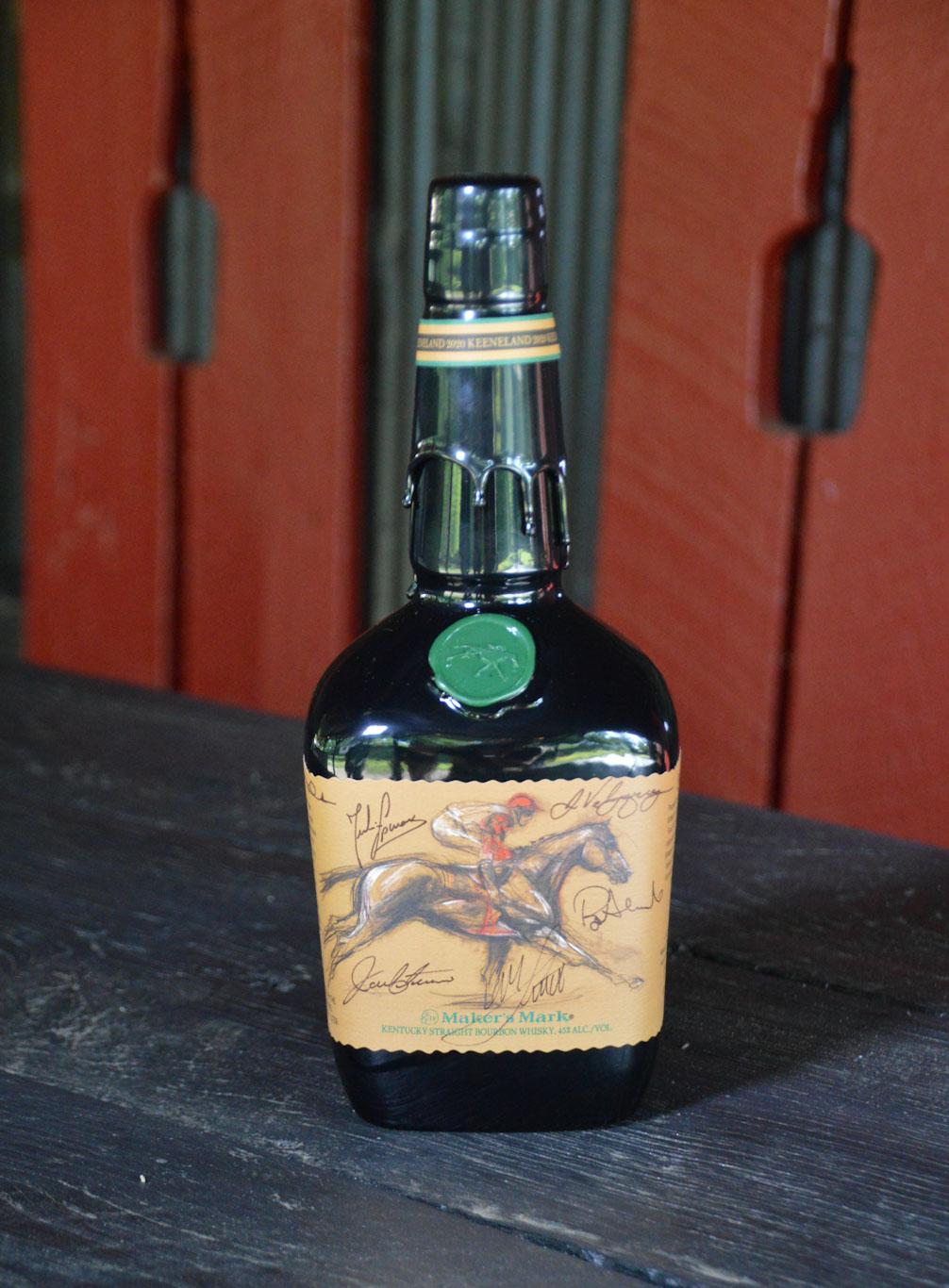 Keeneland and Maker’s Mark® have a rich history of working hand-in-hand to benefit the community and the horse industry. This year is no exception as the two iconic Kentucky brands today announced the 2020 Maker’s Mark® commemorative bottle, with all proceeds to benefit the Permanently Disabled Jockeys Fund (PDJF), an independent charitable organization that provides financial assistance to jockeys who have sustained debilitating on-track injuries. 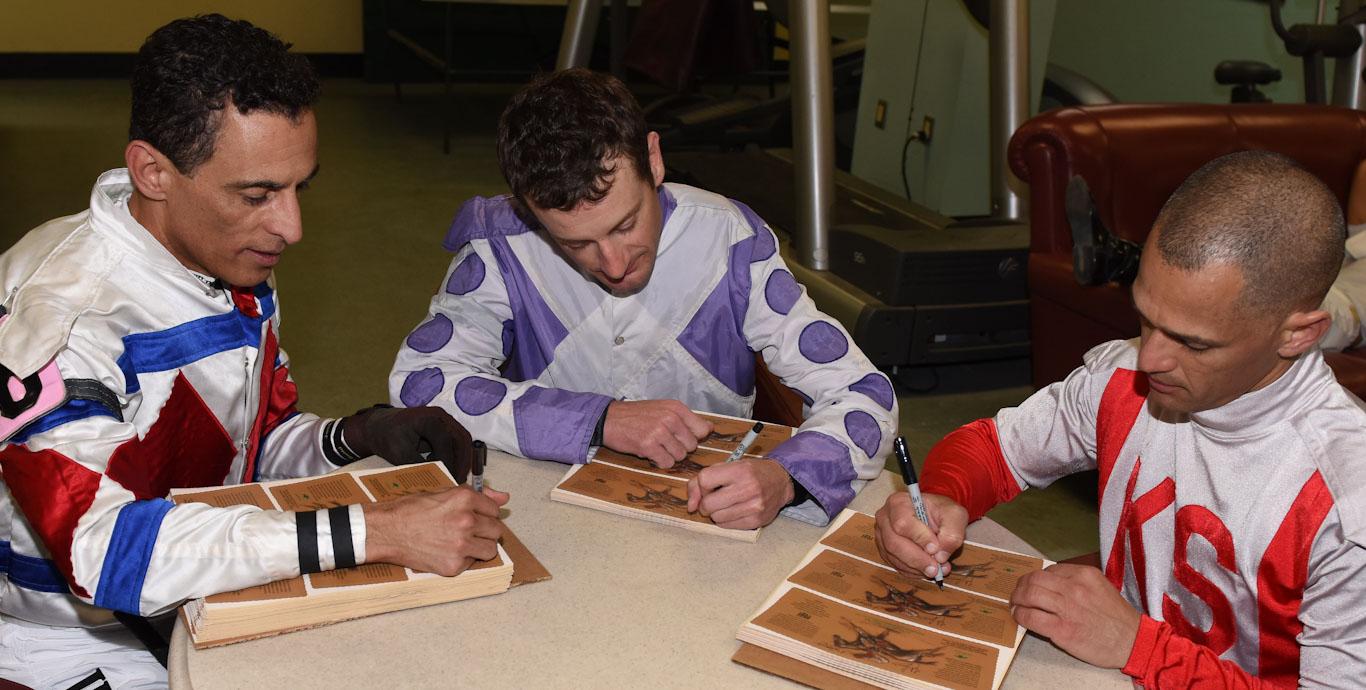 The bottle’s design features black wax on the top and neck, a green wax Keeneland seal on the front and a gold label featuring an illustration of a jockey in white and red silks aboard a Thoroughbred racehorse. The illustration is the work of Louisville artist Jeaneen Barnhart, renowned for a large portfolio of equine art that includes several posters for the Kentucky Derby Festival which she designed with her twin sister, Doreen. 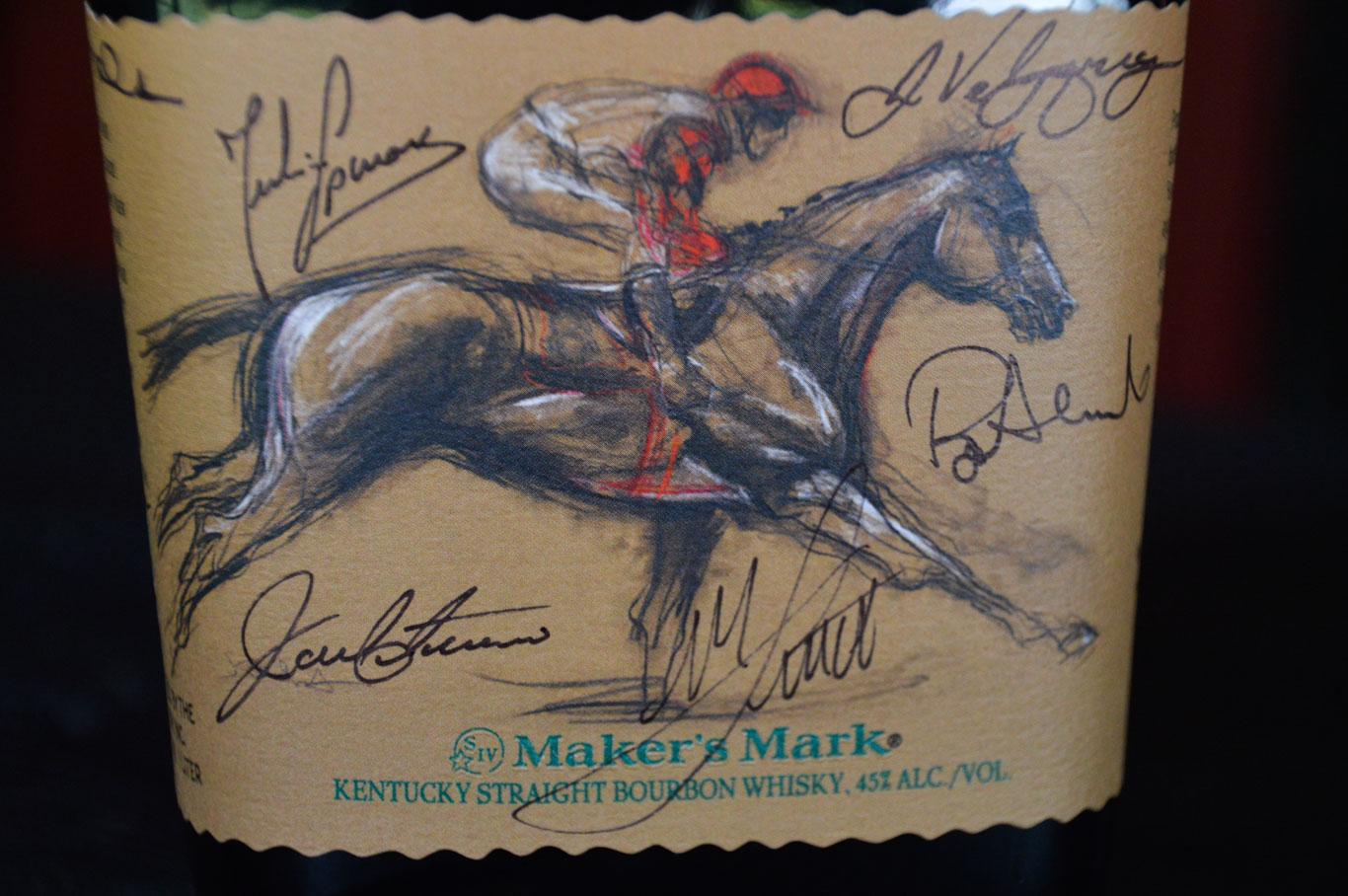 Certain to become a collector’s item, the bottle went on sale July 3 in limited quantities around Kentucky.

“Jockeys are truly some of the best athletes in the world and put their lives on the line every time they mount a horse,” says PDJF President Nancy LaSala. “Because of this, we’re so thrilled that two of Kentucky’s great institutions – Keeneland and Maker’s Mark – have come together in such a creative way to help disabled jockeys who can ride no more.”

“I’ve been involved with several Keeneland and Maker’s Mark bottles that raise funds for worthy causes,” says Hall of Fame jockey Mike Smith. “But this one really is where my heart is. Autographing a bottle is such a simple thing to do, and it’s great knowing that I’m playing a small role in helping other riders whose careers were cut short.”

“The people in the horse industry of Central Kentucky have played a big role in the history of Maker’s Mark,” says Rob Samuels, who is an eighth-generation whisky maker. “When my grandfather started Maker’s back in the 1950s, the horsemen supported him and helped spread the word that his bourbon was worth sharing. So, we’re honored to share something back in a meaningful way.”

“We are always gratified by the enthusiastic public response to the Maker’s Mark commemorative bottle, and we are so pleased sales this year will benefit the critical work of the PDJF,” Keeneland President and CEO Bill Thomason said. “We thank our longstanding partner, Maker’s Mark, and Julien, Robby, John, Javier and Mike for their strong support.”

About PDJF
The PDJF is a 501(c)(3) charity providing financial assistance to approximately 60 former jockeys who have suffered catastrophic on-track injuries. Founded in 2006, the PDJF has disbursed over $11 million dollars to permanently disabled jockeys, most of whom have sustained paralysis or traumatic brain injuries. The Fund is a cooperative effort among race tracks, jockeys, horsemen, owners, and racing fans. Visit www.pdjf.org for further information. 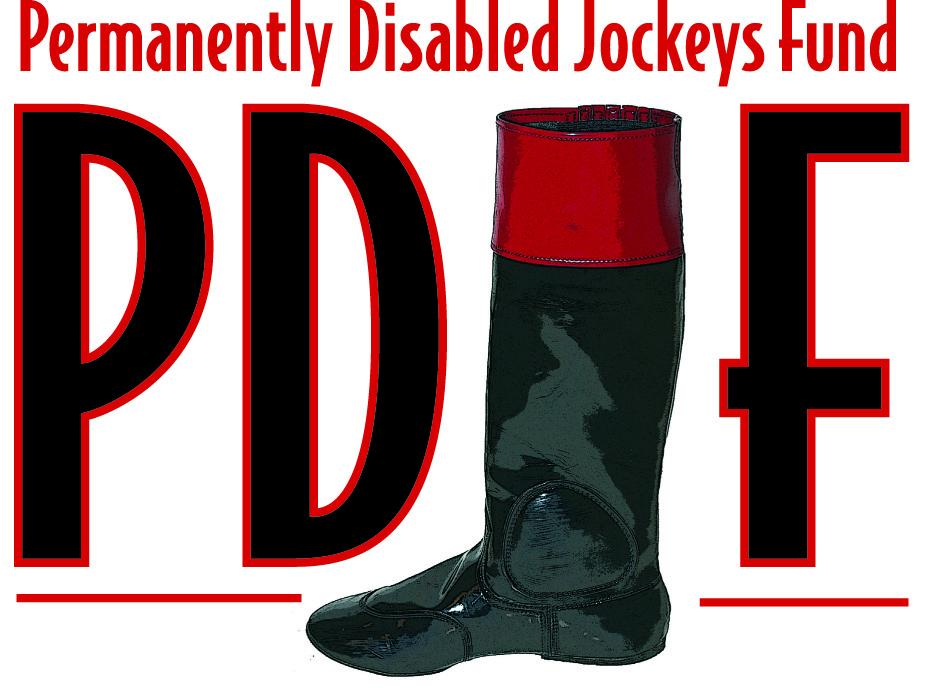 About Keeneland
For more than 80 years, the Keeneland Association has devoted itself to the health and vibrancy of the Thoroughbred industry. The world’s largest Thoroughbred auction house, Keeneland conducts four sales a year, in January, April, September and November, and presents online auctions through the Keeneland Digital Sales Ring. Graduates of Keeneland sales dominate racing across the globe at every level. In April and October, Keeneland offers some of the highest caliber and richest Thoroughbred racing in the world. In 2020, The Summer Meet at Keeneland will present five days of racing from July 8-12. Keeneland hosted the Breeders’ Cup World Championships in 2015 and will hold the event again on Nov. 6-7. Uniquely structured, Keeneland is a privately held company with a not-for-profit mission that returns its earnings to the industry and the community in the form of higher purses and millions of dollars donated in support of horse industry initiatives and charitable contributions for education, research, and health and human services throughout Central Kentucky. Keeneland also maintains the Keeneland Library, a world-renowned public research institution with the mission of preserving information about the Thoroughbred industry. To learn more, visit Keeneland.com.

About Maker’s Mark® Bourbon
In 1953, in Loretto, Ky., Bill Samuels, Sr., fulfilled his dream to create a handmade and delicious bourbon. He decided to make his whisky in small batches, using soft red winter wheat to enhance the softness and sweetness. He then rotated each barrel by hand for consistency and, finally, aged each barrel to taste. Bill Samuels, Sr., transformed bourbon from a “commodity” into a premium handmade spirit, and today Maker’s Mark® continues to make its bourbon the same way. In recent years, Maker’s Mark has introduced thoughtful, super-premium innovations to its portfolio, including Maker’s Mark 46®, Maker’s Mark® Cask Strength and Maker’s Mark® Private Selection, the brand’s first-ever custom barrel program. In 1980, the Maker’s Mark Distillery became the first distillery in America to be designated a National Historic Landmark and has also been decreed as the “world’s oldest operating bourbon whiskey distillery” by Guinness World Records. It remains one of the Commonwealth of Kentucky’s most popular tourist destinations, attracting hundreds of thousands of visitors annually. For more information, visit makersmark.com.