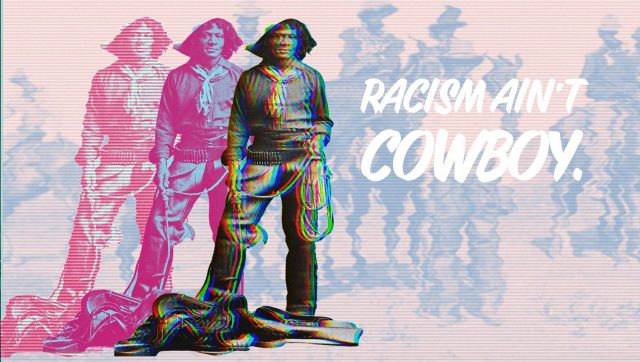 Every week Horse Nation teams up with Ovation Riding to recognize those doing good in the horse world. Today we recognize our own Tilly Berendt and her clothing line, Racism Ain’t Cowboy. 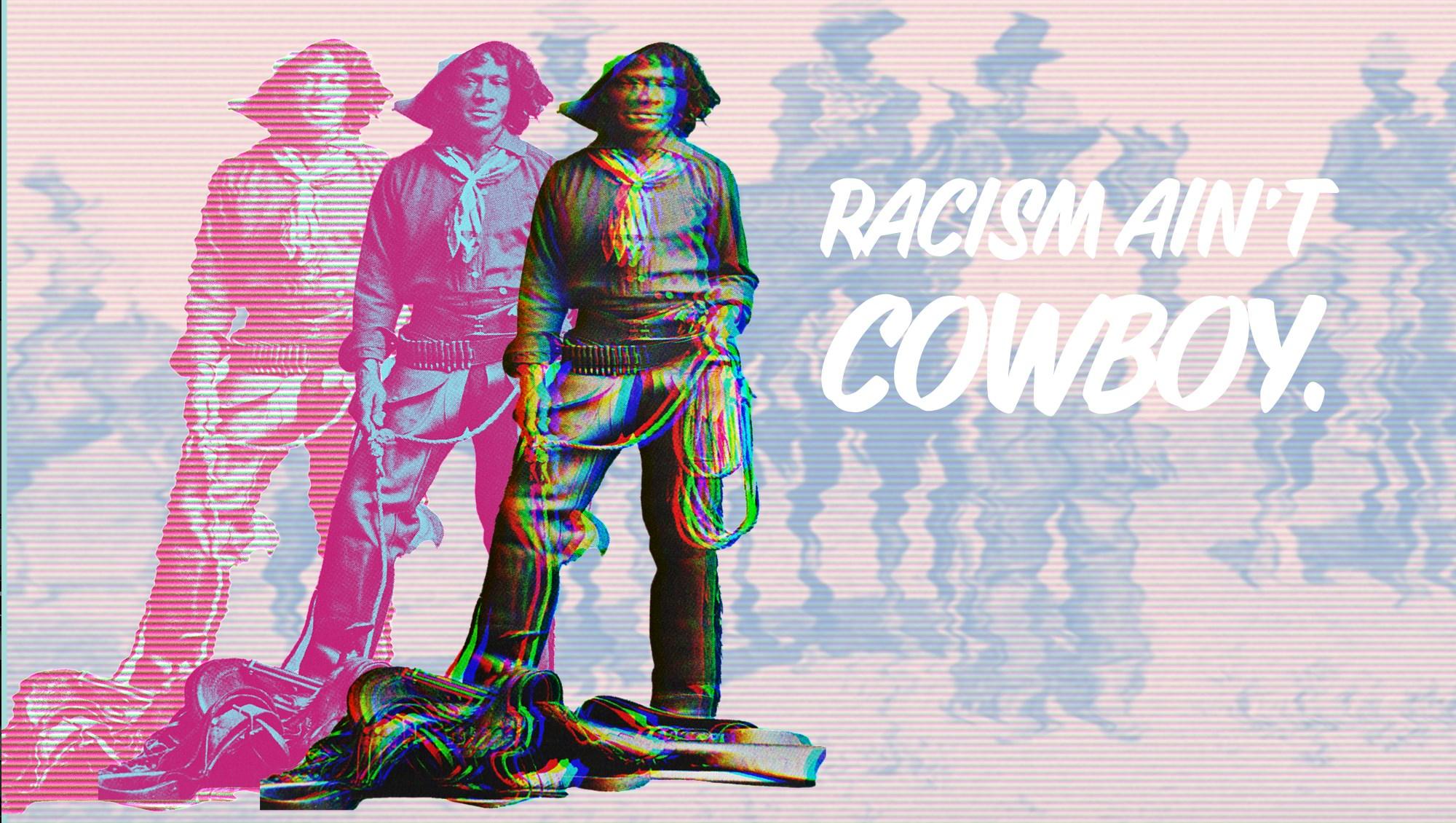 In late June, Tilly Berendt — one of the writers for our sister site, Eventing Nation — launched a line of limited range of t-shirts and sweatshirts bearing the slogan “RACISM AIN’T COWBOY.” Not only does this clothing line have the right message, but also 100% of the profits from the sales of the shirts go to equestrian access programs in the United States and United Kingdom such as Ebony Horse Club, The Urban Equestrian Academy, the Compton Jr Posse Youth Equestrian Program and more. Also, each sale buys a book for Saddle Up and Read, a North Carolina-based literacy program that gets kids in the library and in the saddle.

To reiterate: each sale donates money toward access programs and donates a book to Saddle Up and Read. That’s double the good deed. 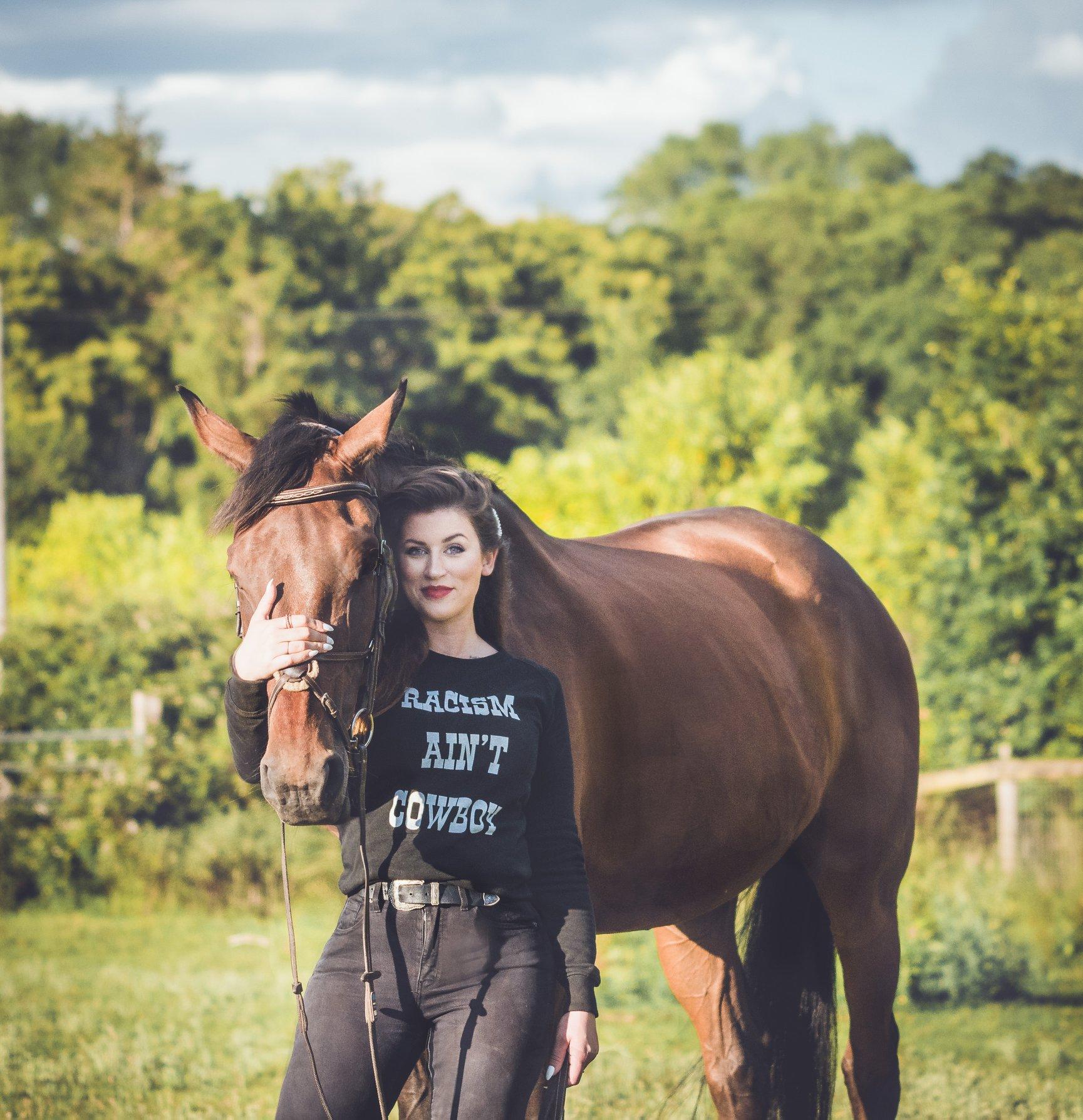 The idea behind the brand was inspired by a sign at one of the Black Lives Matter protests, which was photographed and published in the New York Times. Your purchase of one of these limited edition slogan tops can help encourage the next generation of BIPOC cowboys and cowgirls.

As Berendt lays it out in her social media post announcing the launch of her product line, the idea behind the slogan was based on the actual American west:

…the idea we’ve all got of American cowboy culture is all wrong. In fact, the wild, wild west was pretty damn, well, black.

It’s estimated that 25% of cowboys were Black, and the modern Black cowboy has become one of the most iconic symbols of 2020’s human rights movement. But equestrian sport is one of the final frontiers to tackle in the push for diversity and representation.

Berendt hopes to further the move toward more diversity and representation in equestrian sport through the sales of the t-shirts and sweatshirts. If you’re interested in purchasing or finding out more about the brand, you can go to her website. 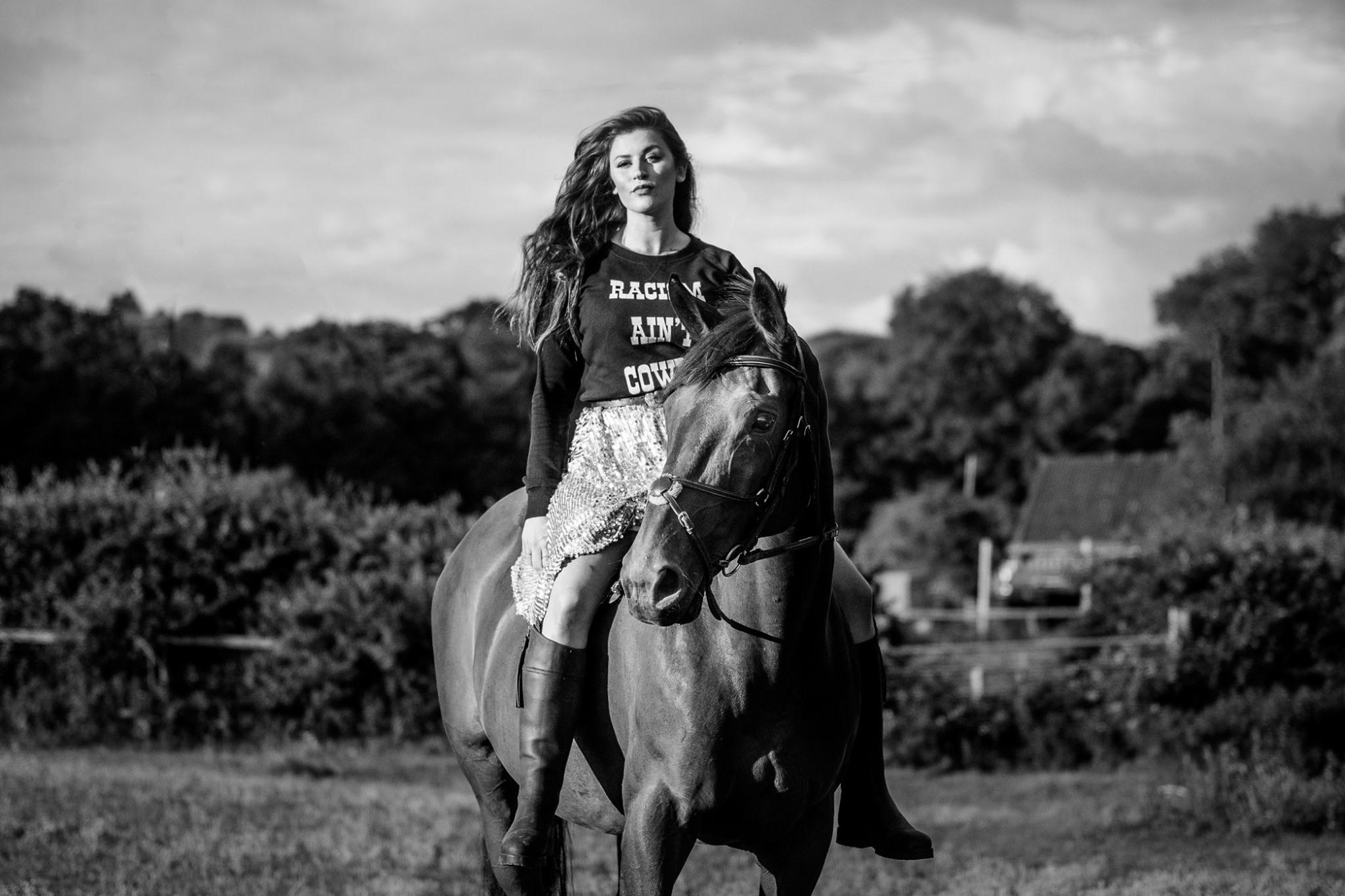