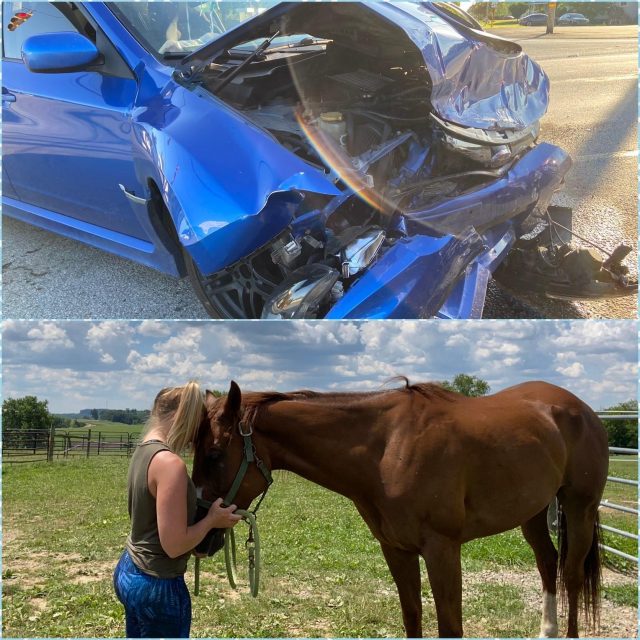 My relationship with Buns is a gift that keeps on giving.

Lately, I been discussing how Buns’s riding regimen has transformed from light rides to longer, more consistent riding. For most of Buns’s rides, he was getting ridden by my nieces, boyfriend and best friend. In the blink of an eye, that has all changed. 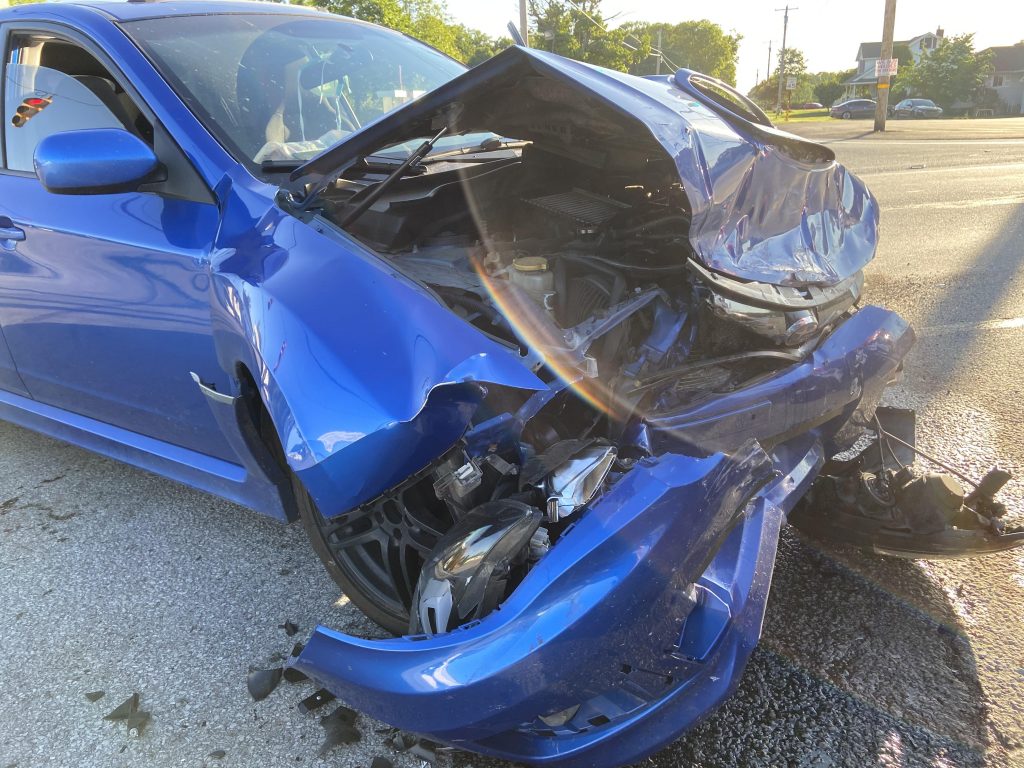 I sustained bruised ribs, a sprained knee and shoulder, a concussion and whiplash. For the first several days I couldn’t really get out of bed, I was in too much pain. My back, chest and abdomen muscles were constantly spasming and my head hurt so much I was seeing double. My boyfriend was doing absolutely everything for me. I couldn’t do anything for myself.

Buns and I were supposed to go to his first shoot back that weekend. I was so excited because I FINALLY had my partner back. It was a real bummer that instead of riding Buns I was being dressed and walked by family and close friends.

The very first time that I felt I was well enough to leave the house for an hour or so, I went to the barn. There was Buns, bright eyed and ready to rehab me. I spent so many months rehabbing him and now, he’s returning the favor.

During the first few visits I was only strong enough to walk him up and down the middle aisle a couple of times. He was calm and quiet, letting me use him to stabilize myself and limp alongside him.

Twenty minutes was the maximum amount of time I was able to spend with Buns before I was worn out. That short amount of time did more for me than all the days I laid in bed. For those 20 minutes I was pain free. Being with Buns gave me hope and reminded me how strong and determined I am. It also reminded me how strong and determined Buns was to get back to being my partner. He did it for me and I’m going to do the same for him.

It’s amazing what two weeks of being bed ridden with VERY minimal activity does to the body. I lost a significant amount of muscle. Because of that, my posture was and continues to be extremely poor. It was a battle holding myself in an upright position because of the muscle mass I lost in my back.

Finally, after what felt like forever (it was only two weeks), my doctor said I was moving in the right direction and to start resuming activity. I was at the farm within the next 24 hours saddling up Buns.

Up until my first ride, I continued to have back, neck and hip pain that warranted numerous around-the-clock pain medications and muscle relaxers. At that point, I felt like I wasn’t going to be in any more pain than I already was if I got on Buns.

I was correct. My first ride post wreck was uneventful but it made me feel SO much better. It wasn’t until I got back in the saddle that I started to feel my body healing. My first ride on Buns was short but in that small amount of time I was relieved of so much pain. In two rides, my pain had diminished so much that I only needed the pain medication and muscle relaxers when I went to bed due to the prolonged amount of time I wasn’t moving.

Buns walked slowly with me; he accommodated my increased dependence on him. He was forgiving of my sloppy seat and slower movements. But does that surprise you?

It doesn’t surprise me one bit. Buns and I have spent so much time together since I bought him as a two year old that being alongside him or on top of him feels like he is just an extension of me. Sometimes I think he knows me better than I know me.

Within another week I felt well enough to take Buns to his first and second shoot back (more details to come). I was pumped that we were both doing so well. I hate to say this, but I pushed myself too hard.

The ride home from the shoot was excruciating. I was car sick, seeing double and had a headache I couldn’t shake. The car sickness did not go away — I have been nauseated constantly since. On June 30, 2020 I had a doctor’s visit that gave me undesirable news.

My doctor wanted me to stop all activity again. No riding, no working out, no activity that would stimulate my brain. She referred me to a concussion center and I left the office — and went straight to the barn.

I walked straight into Buns stall and I cried. Buns just stood there and let me hug him. I needed him and he was there for me. It’s frustrating and upsetting not to feel well and not to be able to participate in my daily activities. Buns is helping me get through the process. 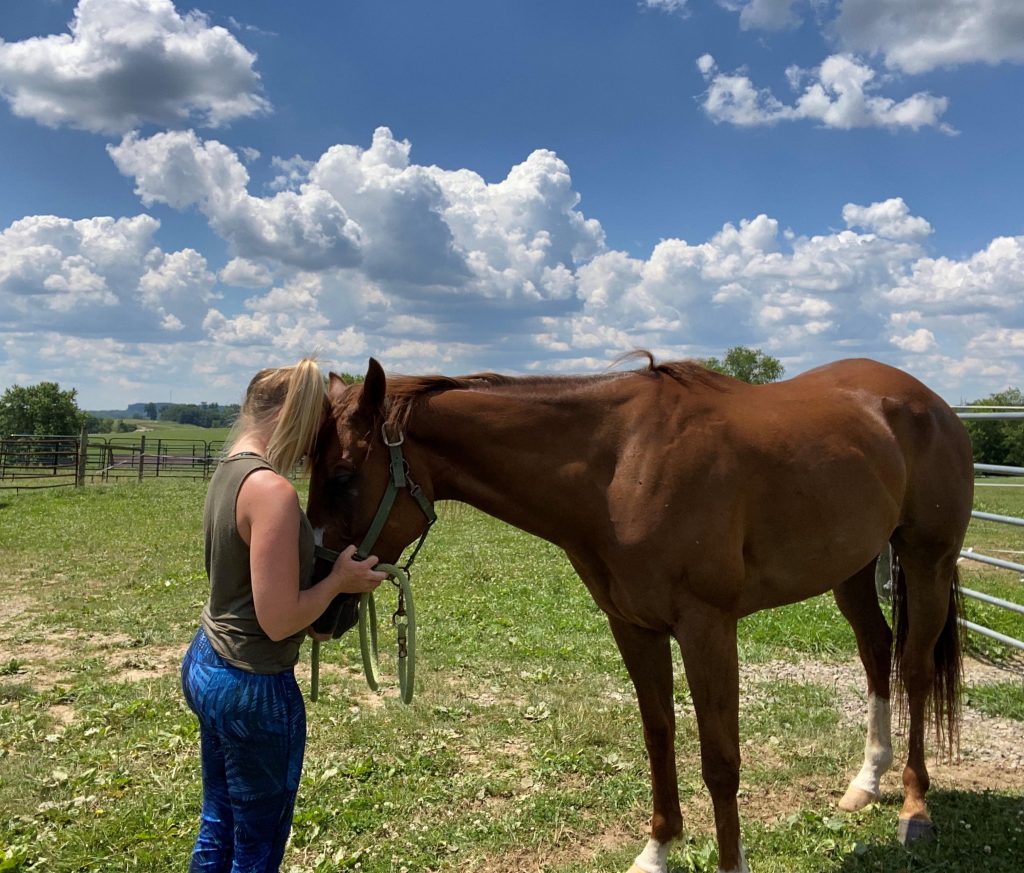 I have spent so much of my time and resources over the past eight months rehabbing him and just like that, the switch has flipped and Buns and I have reversed our roles. It’s astonishing how quickly and frequently my goals for us as a team have changed over the course of the past several months. It’s frustrating to me at this very moment, but I know I’ll look back and see it as a beautiful journey. I have put so much of myself into Buns and he continues to give me so much more back.