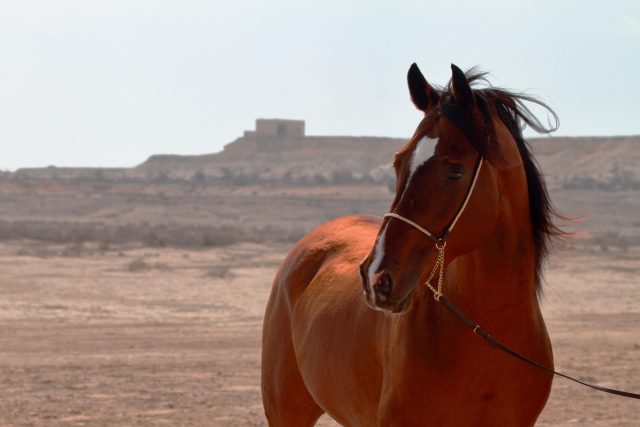 An eight-year long genetic study of Arabian horses challenges some commonly held beliefs about the ancient breed — most notably that they contributed to the modern-day Thoroughbred. 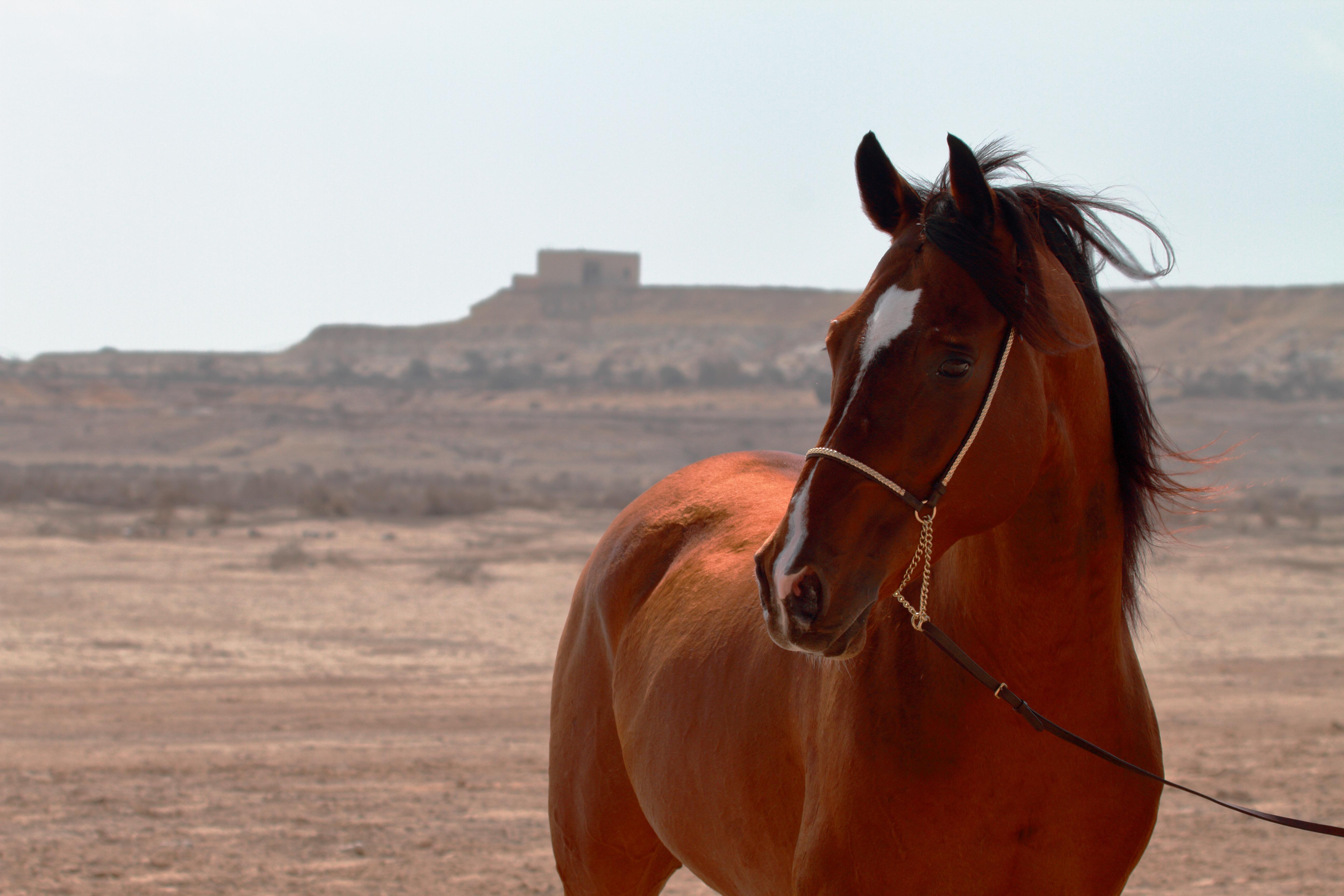 This photo was taken in Bahrain during a visit that was part of this study’s sampling process. Photo by Samantha Brooks, the lead researcher on this study from UF/IFAS.

A study involving Arabian horses from 12 countries found that some populations maintained a larger degree of genetic diversity and that the breed did not contribute genetically to the modern-day Thoroughbred, contrary to popular thought.

An international team of scientists was led by the University of Florida’s Samantha Brooks, a UF/IFAS assistant professor of animal sciences, Cornell University’s Doug Antczak, the Dorothy Havemeyer McConville Professor of Equine Medicine at the Baker Institute for Animal Health, and Andy Clark, the Jacob Gould Schurman Professor in Cornell’s department of molecular biology and genetics.

The group collected and examined DNA samples from 378 Arabian horses from Qatar, Iran, UAE, Poland, USA, Egypt, Jordan, Kuwait, United Kingdom, Australia, Denmark and Canada. The research, published June 16 in the journal “Scientific Reports,” was conducted over an eight-year period, beginning in 2014 before Brooks made the move from Cornell to UF. The process was a lot of effort, she said, in part due to traveling to collect the Arabians’ blood and hair samples, as well as natural delays in working with international colleagues to collect and ship other samples.

The samples were anonymized for data analysis purposes, except to note the horse’s location and categorizing them as endurance competition, flat course racing or show horses. The data set was also expanded using information from past studies on other breeds, which included Thoroughbreds, Persian Arabian, Turkemen and Straight Egyptians.

“The Arabian horse has a special mystique due to the long-recorded history of the breed,” Brooks said. “Arabian horse breeders, in particular, know their horse’s bloodlines many generations back. What we found was that in the area where this breed originates – likely the near East region, but we don’t know exactly – there’s a healthy level of diversity. This is particularly evident in populations from Bahrain and Syria, which suggests these are some pretty old populations.”

The horse is prized for characteristics like heat tolerance and endurance, as well as its unique appearance, with a dish-shaped facial profile, wide-set eyes, an arched neck and a high tail carriage. It has been exported from its ancestral homeland for centuries, with some modern lineages drawn strictly from these smaller genetic pools, giving the breed a reputation for inbred disorders. While this was true for some groups they tested, Brooks noted, they also found remarkable diversity when considering the breed as a whole.

Brooks contrasted the discovery of more diverse populations with the samples they received from racing Arabians. Another longstanding myth says that the Arabian contributed genetically to the modern Thoroughbred, but the racing Arabians’ DNA told a different story. 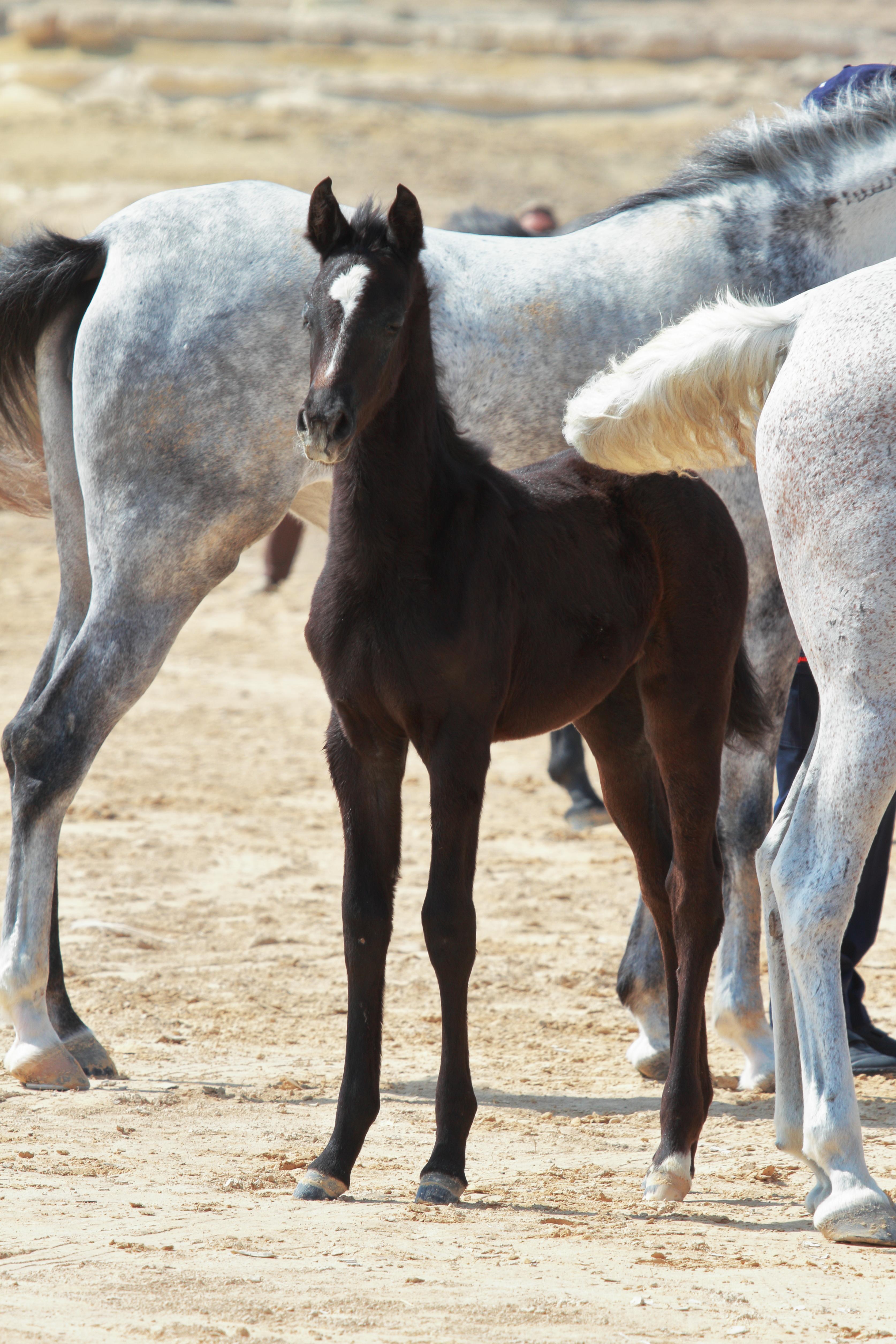 This photo was taken in Bahrain during a visit that was part of this study’s sampling process. Photo by Samantha Brooks, the lead researcher on this study from UF/IFAS.

“What we found in these samples was not that much Arabian ancestry was part of the Thoroughbred line, but the opposite: that Thoroughbred DNA exists in most of the modern racing Arabian lines, indicating a more recent interbreeding within this group,” Brooks said. “I can’t speculate on the how or why, but this is clearly the story the DNA is telling us.”

Another implication of this study, Brooks said, is the potential to identify the genetic regions that determine some of the Arabian’s unique traits, like their facial profile. This could be expanded to identify the marker for other horse breeds’ head shapes, for example.

“An exceptional aspect of this project was the wonderful level of open collaboration and sharing of resources by veterinary geneticists, equine scientists, and horsemen from around the world,” Antczak said. “It was a great pleasure to conduct this global study for the benefit of the horse.”