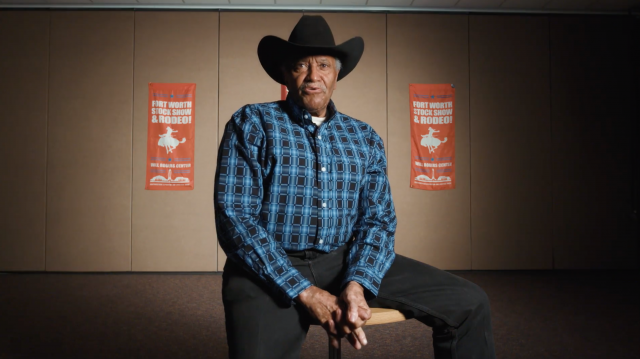 June 11, 2020DeAnn SloanDeAnn Long Sloan#rodeo, Cleo Hearn, Cowboys of Color RodeoComments Off on Worth the Watch: The Proud History of America’s Black Cowboys

This video is definitely worth the watch. It highlights Cleo Hearn, the founder of Cowboys of Color Rodeo, and his commitment to the rodeo way of life.

Cleo Hearn has spent the majority of his life as professional cowboy — he began his career in 1959. As a professional Black cowboy, he’s faced racism and significant challenges that White cowboys have not. Recalling his choice to be a cowboy, Hearn says

“God sent me here to be a cowboy. And the first thing a lady told me, she said when you rode in the arena, she said everybody’s eyes were on you. And she said, half of ’em wanted you to win, and the other half don’t give a damn whether you win or not because of the color of your skin. But I’ll always want to win.”

Hearn has received many awards for his work with communities around the world. He has a lifetime commitment to rodeo, his family, his community and the cowboy way of life.

Watch this interview with Hearn:

Cleo Hearn is now in his 80s. In his words, “That’s pretty darn old for a cowboy.”