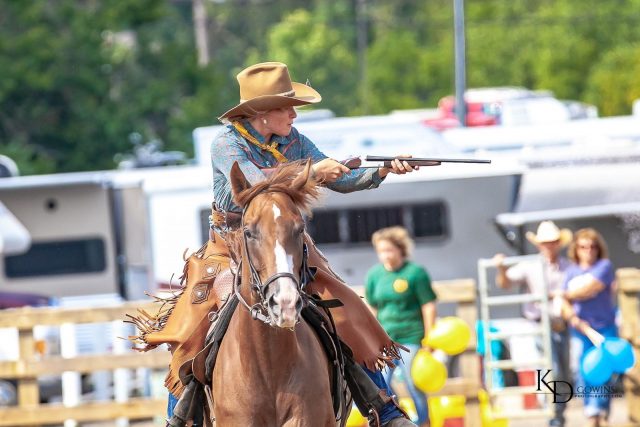 If Buns continues healing at this rate and we continue to make progress, by this time next year we’re going to be a force to reckon with! 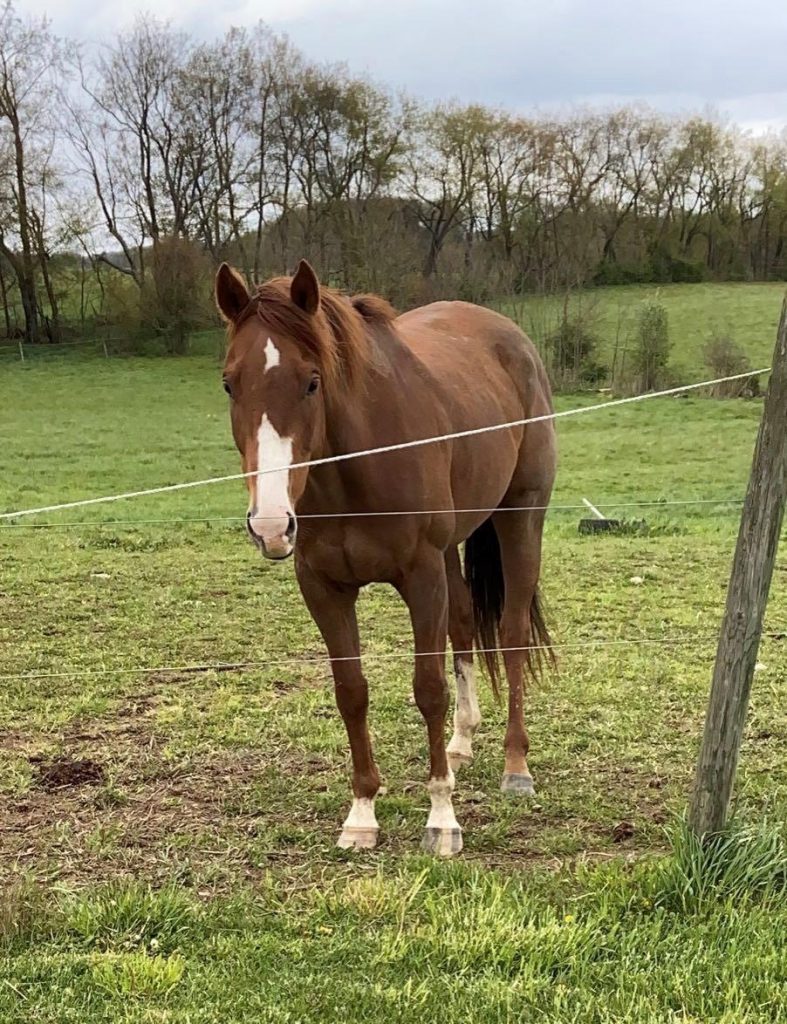 For the past month, I have been discussing his light riding regiment, which consists of mostly walking and trotting and no tight turns. My nieces did a large chunk of the slow work and I am so grateful for their hard work and dedication to Buns. Because of their determination and love for Buns, it feels fantastic to say their light rides have paid off. Buns is SO much stronger since my last article.

Buns is now getting his workouts not only from my nieces and myself but also from my boyfriend and one of my best friends as well. His riding regiment now consists of rides that last anywhere from an hour to over two hours. He’s getting ridden approximately five times a week, weather permitting, and he’s on full turnout in a 15+ acre pasture. 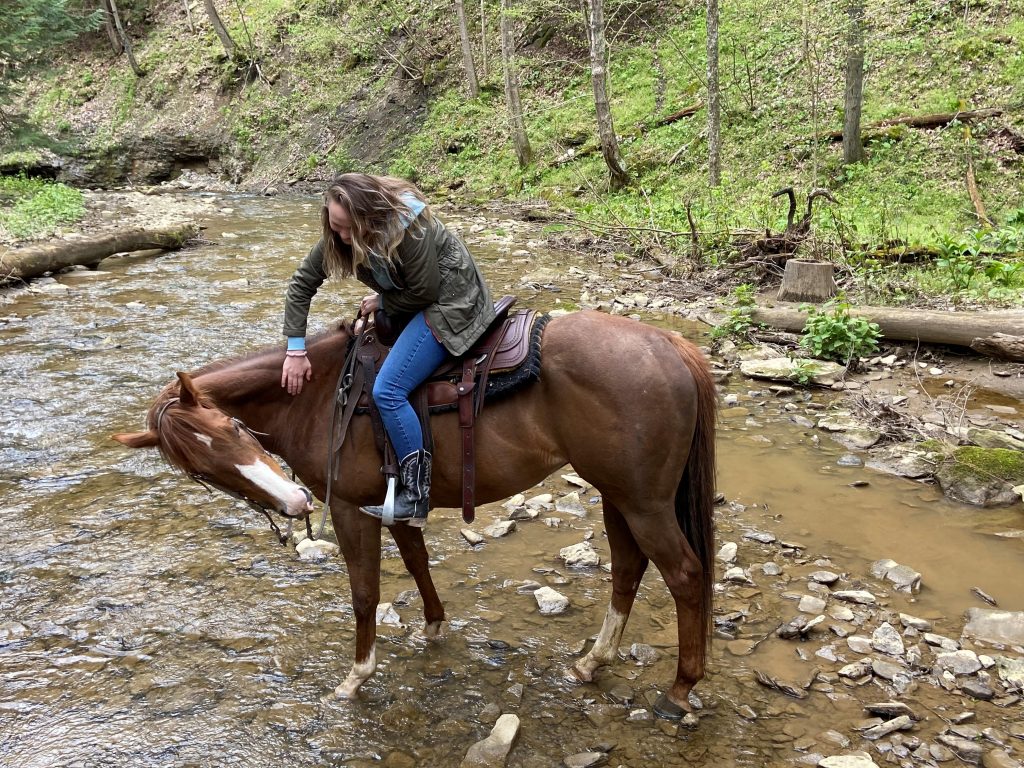 Each ride consists of a solid mix of walking, trotting and cantering, and he’s facing all types of footing. He’s hit the trails, the streets and fields. He’s encountered creeks, rocks, hills and tunnels. We’ve added backing up and side passing to our daily routines. All of this cross training is getting him fit and ready for the next step.

There’s still a few things that I haven’t allowed him to do because I really want to make sure he is strong and ready. He has not done any tight turns or spins yet because I don’t want him putting that much stress on the hind legs. I, along with all his other riders, also make sure that he slows down completely to a walk before heading down a hill — which I do with any horse I own, healthy or rehabbing, so they don’t injure themselves.

At the beginning of his reintroduction to riding, an average ride for Buns was one mile. Now, an average ride is between three and four miles. His longest ride was this past weekend and it was 6.7 miles long. He showed no signs of fatigue or discomfort at the injury site. I have been diligent with cold hosing the leg when we get back and checking for swelling and discomfort. We have a long way to go before we get back to the 30 mile competitive trail rides we used to do, but we are making huge strides.

So the big question now is, where do we go from here?

Within the next few weeks, Buns slowly is going to go back to work in his job that he really enjoys — mounted shooting. I’ll be practicing at home as well as hauling him to shoots so that he can get re-acclimated to the scenery, sounds and routine. It’ll also allow me to gauge the workload Buns can tolerate.

We won’t be going nearly as fast as we were going last year but we’re going to take our time and trust the process so he can get back into the swing of things. Until I feel confident that he can navigate the pattern without issues, we’ll be taking each and every course slow and wide. 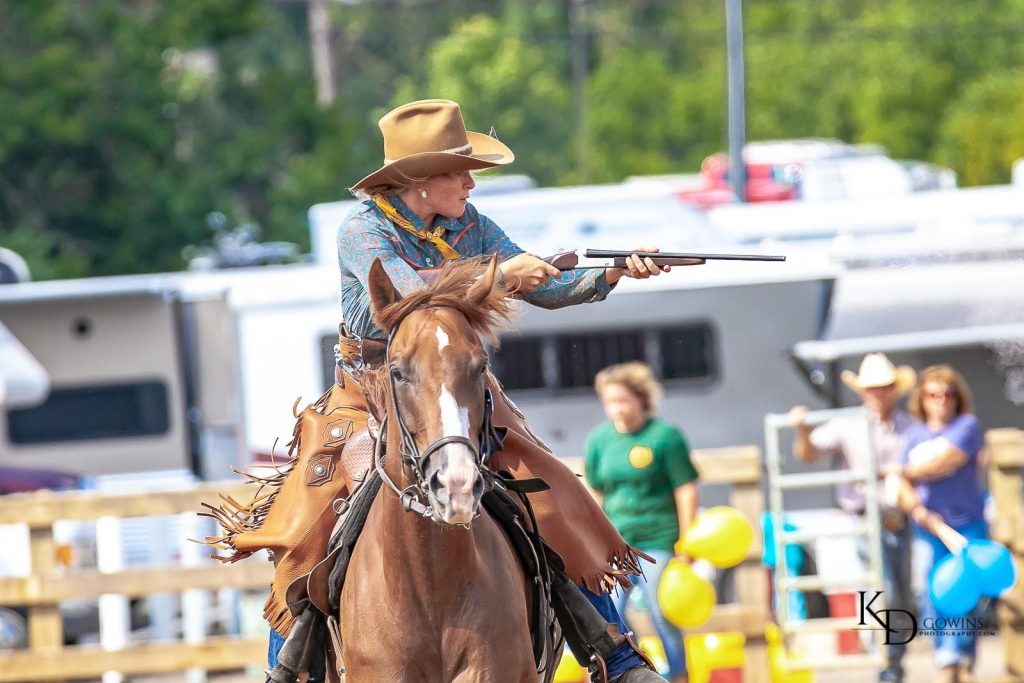 We may not be winning our class or moving up to the next level anytime soon, but just the fact that Buns is there and able to trot or slowly canter the pattern comes as a win. I’ve been setting realistic goals for Buns’ progress and he’s been meeting each one with flying colors. I have no doubt that he will continue doing that as he starts to settle back into his favorite sport.

With that being said, this time next year my fellow shooters better be ready for us because we’re going to be a force to reckon with.