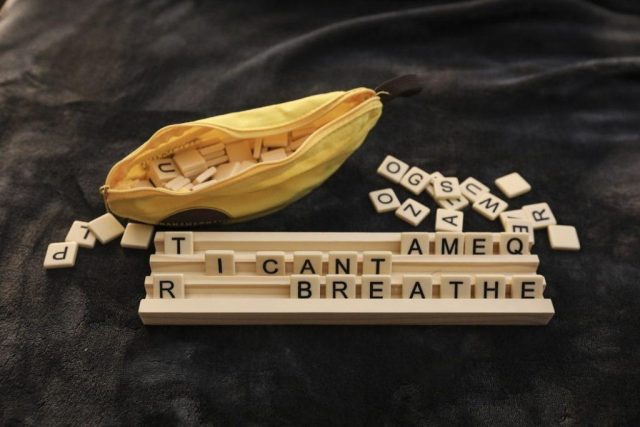 “Across communities, people have been driven to the breaking point with acts of racism and repeated incidents of police brutality.” The editor of Jumper Nation reflects on where we are headed as a community.

2020 has certainly been a year to remember, in more ways than one. Glaciers continue to melt, but new dinosaur species have been discovered. The COVID-19 pandemic struck, and the stock market crashed. Horse shows stopped, but now they’re beginning again. Businesses suffered, and some won’t recover. Some major equestrian events won’t even return. On top of it all, this past weekend, we’ve seen protests, riots, and outrage over police brutality incidents — most recently with the death of George Floyd. On Friday night, May 29, rioters’ actions were so intense that the President and his family were taken to the White House bunker for safety. Protests are rising across the nation in reaction to the breaking point of inequality and oppression for African Americans — and they’re not just confined to big cities.  Riots and violence are also erupting — not all by protesters intending to stand peacefully, however, but rather by those looking to take advantage of the precarious time.  I live in a suburb that backs up to cornfields in Illinois.  Only a few minutes’ drive away is an affluent suburb where further violence took place last night in the cute little downtown area, including explosive devices and trash cans set on fire by looters.  Naturally, the poor shop owners who were looking forward to opening again as Illinois enters Phase 3 in the COVID-19 recovery aren’t able to welcome residents looking to enjoy the day.

It’s time that humans looked beyond the violence and looked further at the root of the issue, inequality.  I call these people in the streets who cause harm to others “rioters,” not “protesters.”  Protests involve people standing up for a belief or a common moral in perhaps a march, signs, organization, or even just one person standing alone.  A riot is when things go too far.  People continue to get hurt.  It antagonizes.  Fear begets fear.

Differences are a natural part of merely existing — our planet is enormous, and with that comes people of different races.  Institutional racism has long threaded its way through history with its pointed needle and lack of thimble for protection.  Across communities, people have been driven to the breaking point with acts of racism and repeated incidents of police brutality.  “Enough is enough,” they say.

Rebellion has been used many a time in the past to defend liberty, common rights, freedom.  Look at the Boston Tea Party, with massive crates of English tea being thrown into the harbor.  Turn to Martin Luther King, Jr., who was instrumental in fighting for equality but then was assassinated. I wish, though, that there was a way to find equality that didn’t involve progress followed by death.  I don’t want to blame it solely on the justice system, though that plays an enormous part. Why am I writing this on a site that covers hunter/jumper news and the equestrian community? The answer is simple.  At times, we do live in an isolated community.  However, we make up a part of a wider community — one that’s determined, at least in part, to destroy itself.  Freedom of speech, equality, and peace are what this country was founded on.  It’s not where we’re heading.  I want to get us mulling on how to speak our minds and how this country can help itself, but without the violence.  It’s time to stop the madness.