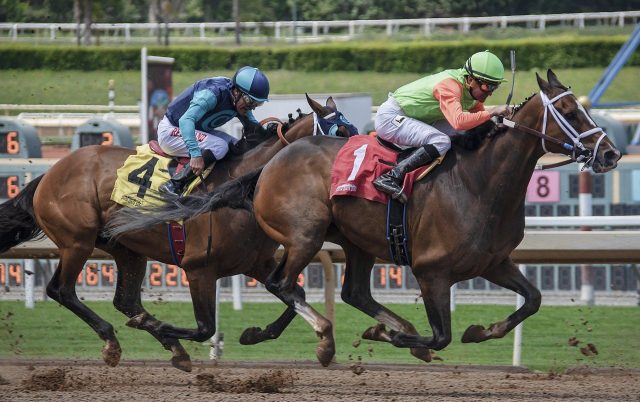 May 27, 2020DeAnn SloanContributor#HORSE RACING, #HORSERACING INTEGRITY ACTComments Off on Op-Ed: American Horseracing is Addicted to Drugs, and It’s Time for an Intervention

The Horseracing Integrity Act is aimed at protecting American racehorses through uniform drug standards and enforcement in horseracing. Here’s why the legislation — and your help! — are so important. 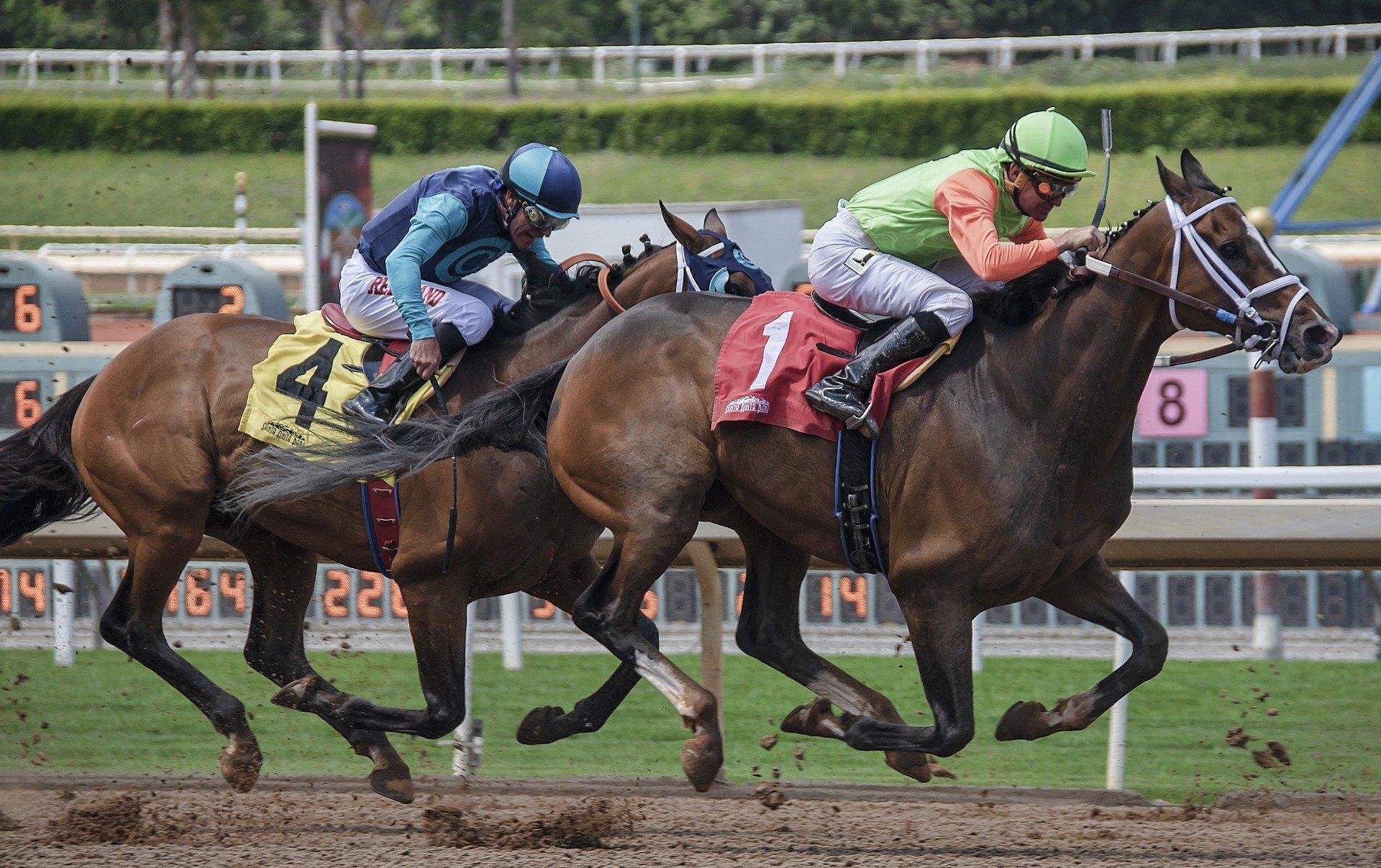 These are the words of Chris McCarron, a two-time Kentucky Derby, Preakness and Belmont winner and one of the most world-renowned jockeys in history. We both testified at a hearing before the U.S. House of Representatives earlier this year in support of the Horseracing Integrity Act, H.R. 1754/S. 1820, which would end race-day doping within the “Sport of Kings” in the U.S. We left the hearing with tremendous momentum and felt the legislation would soon be moving to the House floor for a vote. 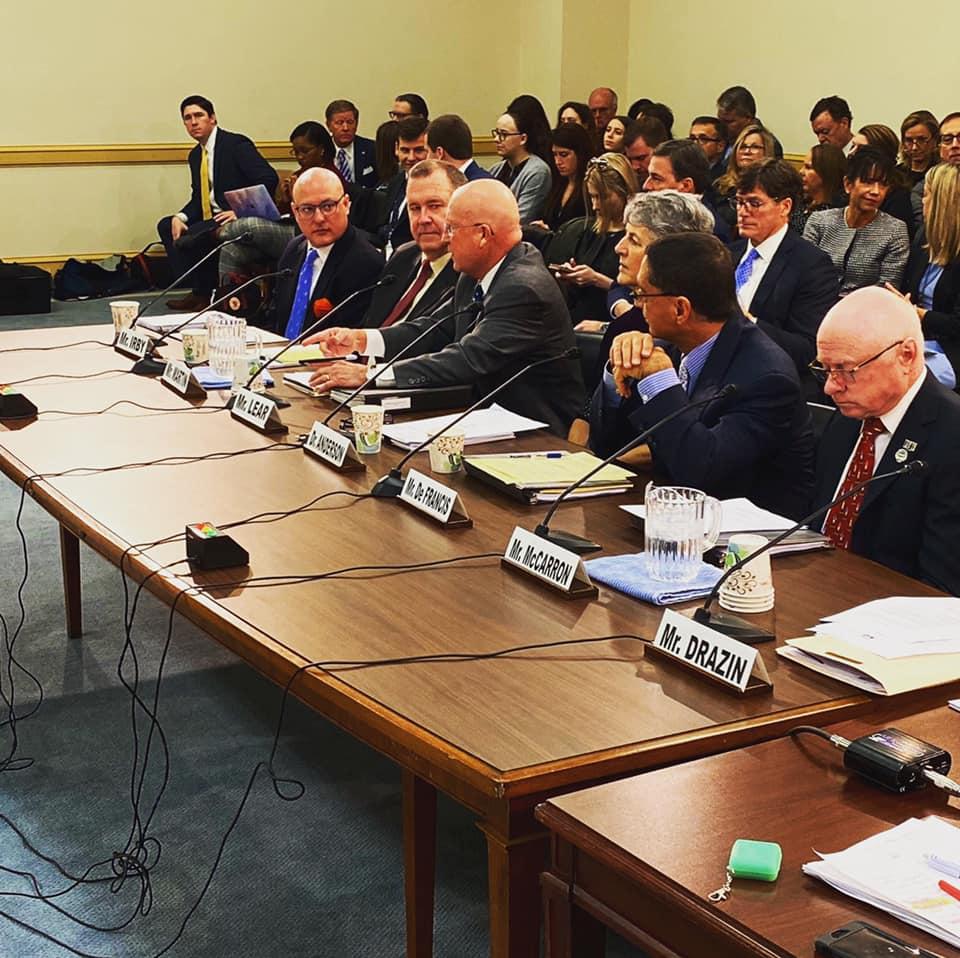 Five weeks later, on the morning of Monday, March 9, the legislation got an even bigger and unexpected boost: the FBI had conducted surprise raids at a racetrack and horse training facility in Florida, and the U.S. Attorney’s Office of the Southern District of New York in concert handed down 27 federal indictments charging trainers, veterinarians and other parties with a wide array of crimes related to illegal drug trafficking and racketeering.

Jorge Navarro and Jason Serves, the trainer of Maximum Security whose win at last year’s Kentucky Derby was revoked after judges reviewed the tape and disqualified him for running into another horse, were two of the big names in American horseracing at the center of the indictments.

The indictment claims that “virtually all” of Servis’ horses in more than 1,000 races over the past two years were drugged. The charges of the 27 people named detailed a scheme of misbranding and distributing various drugs to defraud state regulators, horseracing fans and the betting public by secretly doping horses in the $100 billion global industry.

And this week more news came to light: Bob Baffert, who trained both American Pharoah and Justify – the only two horses to win the Triple Crown of Thoroughbred racing in the past 40 years – appeas to have new violations of medication abuse utilizing pain-masking agents at the Arkansas Derby a few weeks ago – once again, drugs continue to plague the sport. If Baffert is guilty, then he should be dealth with swiftly and harshly, but to his credit, he recently spoke out in support of the Horseracing Integrity Act and called for reform. We can only hope that Baffert recognizes the system is rigged and wants to effectuate change.

The Horseracing Integrity Act is backed by a wide array of stakeholders: The Jockey Club; The Stronach Group, that owns and operates The Preakness Stakes; The New York Racing Association, that owns and operates The Belmont Stakes; The Breeders’ Cup; Keeneland; Water, Hay, Oats Alliance; Thoroughbred Owners and Breeders Association; U.S. Harness Racing Alumni Association; and racetracks and animal protection groups like Animal Wellness Action and the Animal Wellness Foundation. The Jockey’s Guild that represents horsemen like Chris McCarron soon followed Baffert in support of the legislation, and many more have joined us since. And at least 15 more individuals – many involved in harness racing – have also been indicted in the months following March 9.

While the Department of Justice’s actions are a thunderbolt and give us great encouragement that justice may be served, it won’t amount to much if we don’t pass the Horseracing Integrity Act. You see, American horseracing is addicted to drugs, and unlike the drugs at the center of today’s conversation, many others are legal and have been approved for use by various state racing commissions, and there’s been more scandal with the death of nearly 60 horses at California’s famed Santa Anita Park since December of 2018.

The Horseracing Integrity Act would protect American racehorses through the establishment of a national, uniform standard for drugs and medication in horseracing. It would also grant drug rulemaking, testing and enforcement oversight to a private, non-profit, self-regulatory independent organization managed by the United States Anti-Doping Agency (USADA) – the governing body that runs the Olympic anti-doping program — all at no cost to the taxpayer. The bill’s led by Reps. Paul Tonko, D-N.Y., and Andy Barr, R-Ky. – who represent two of the largest districts impacted by the legislation: Saratoga Springs, New York, and Lexington, Kentucky – in the U.S. House, and Sens. Kirsten Gillibrand, D-N.Y., and Martha McSally, R-Ariz., in the U.S. Senate.

Over the past year, we’ve seen more than 500 horses die at American racetracks, and the body count climbs every day. Our tracks are turning into crash sites. Unscrupulous trainers that drug horses are not only putting animals and jockeys at risk of life and limb, but also they are rigging the system and making a mockery of anyone who bets based on their knowledge of the athletes involved. The betting public will no longer tolerate the racing industry’s drug addiction, and it’s time for an intervention.

Unfortunately, later the same week of the indictments, the COVID—19 pandemic hit the U.S., and it’s been tough to get Members of Congress to focus on much else. It’s unlikely the House Energy and Commerce Committee, chaired by U.S. Rep Frank Pallone, D-N.J. – who represents the district where Monmouth Park, the track that’s been a hub for Navarro and Servis’ drug ring – will move the bill amidst this crisis. 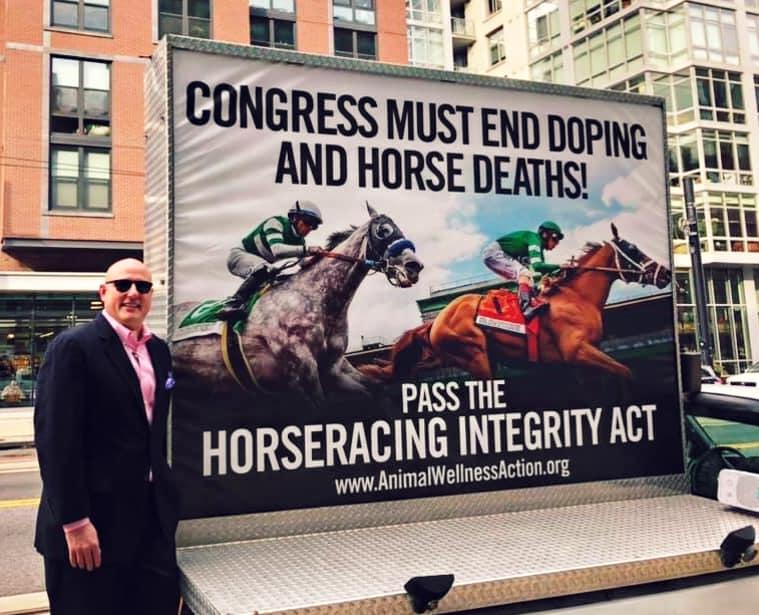 But there is hope thanks to a new House Rule that affords any bill with 290 House cosponsors (a number that represents two-thirds of the chamber) the opportunity to move to the House floor for a vote, and we’re very close with 253 cosponsors to date – only 37 away from the mark. This process has proven to work before and was utilized to pass the Prevent All Soring Tactics (PAST) Act last July.

Make no mistake: American horseracing is in peril, and if Congress doesn’t soon pass the Horseracing Integrity Act, American horseracing may very well soon cease to exist. The betting public has turned against the sport, as is evident in The Washington Post’s most recent editorial: “Horse racing should be dead. It’s just plain wrong.”

Those of us that support the Horseracing Integrity Act want to see American horseracing continue – but without the drugs and abuse that have plagued it for far too long – and we need your help. The readers of Horse Nation were instrumental in getting the PAST Act to the House floor for a vote, and I’m certain you can do it once more. Please contact your Members of Congress today by clicking here and asking them to cosponsor the Horseracing Integrity Act – your direct action will help determine the fate of the horses, and the sport in the United States.