Marty Irby of Animal Wellness Action reminds us of the importance of getting the PAST Act on the floor of the Senate for a vote.

“I’ve never seen anything like it before. That filly started out scared to death, trying to climb over the pen, and when he finished with her, she was as gentle as she could be. After 40 minutes, the filly who had taken five men 15 minutes to load in a trailer, walked back into the trailer as though she had done it all of her life.” It was in 2006 that Hall of Fame Tennessee Walking Horse trainer Larry Edwards, a man who’s likely won more world championships that any living trainer in the breed, spoke those words.

We were at Waterfall Farms in Shelbyville, Tennessee that day with Monty Roberts, “the Man Who Listens to Horses,” and he was teaching us how to Join-Up®, a method of natural and non-violent training that those of us in walking horse world had never seen before.

The walking horse breeders and trainers were in dire need of being educated in the ways of non-violent horsemanship, and a paradigm shift was beginning to occur. It’s widely known that the breed has been plagued by a painful practice called soring for more than six decades. Soring is the intentional infliction of pain to horses’ front limbs to produce an artificial high-stepping gait known as the “big lick.” For at least two generations trainers in the walking horse breed have continued a pattern of behavior that perpetuates this abuse quite honestly because they don’t anything different.

A few years later, in 2011 while I was serving as President of the Tennessee Walking Horse Breeders’ & Exhibitors’ Association, I decided to reach out to Monty and his daughter Debbie Loucks because several of us had the thought that we should create an annual conference within the industry that provided education and courses in non-violent horsemanship and more humane methods of training. We felt that if we expected the resistance and the soring culture to change, then we must provide them with knowledge and a new path forward. The conference was scheduled to occur in June of 2012, and Monty agreed to join us to help teach others about his non-violent methods as he had done at Waterfall Farms in previous sessions.

Then in May of 2012 ABC News released an undercover video of Jackie McConnell – one of the top World Grand Champion ‘big lick’ Tennessee Walking Horse trainers caught brutally beating and soring horses.

Monty steadfastly refused to come to Tennessee to give courses, speeches or any other connection to the Tennessee Walking Horse unless the industry would pledge in writing to eradicate all soring practices, and the use of large ‘stacked’ shoes and ankle chains. The majority of those that served on the executive committee I presided over were staunchly against eliminating the large stacked shoes and ankle chains and refused to comply. The result was Monty did not continue to come and we cancelled the conference. It was discouraging, and I did feel quite defeated, but nevertheless I persisted in the effort to make change. 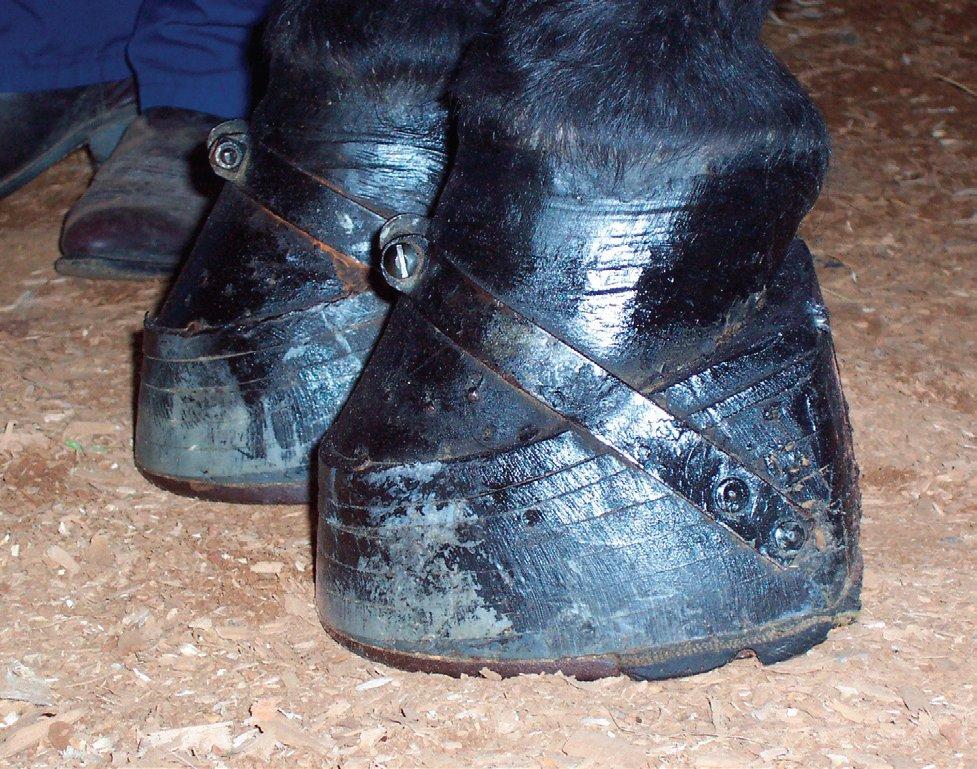 I saw the release of the ABC News Nightline expose as the pivotal moment that could be the key turning point for the breed – the point that could be the beginning of the end of soring. In the Fall of that same year, an amendment to the Horse Protection Act of 1970 was introduced in the U.S. Congress – the Prevent All Soring Tactics (PAST) Act. I began to feel a calling to support the legislation, and in May of the next year made a public declaration to support the bill and began a crusade to pass the PAST Act.

Others joined in: Monty and Debbie; Priscilla Presley, who shared a deep love for the Tennessee Walking Horse with Elvis, and who still maintains walkers on the grounds of Graceland to this day; Donna Benefield, a movie producer who has performed at the Summer Olympics, and who has worked for more than 30 years to eradicate the scourge of soring; Carl Bledsoe, a former “big lick” world champion trainer who’s now completely centered his life and practices around natural horsemanship; Mark Miller, the lead singer of the band Sawyer Brown who I had worked with on building his walking horse bloodstock; Alyssa Milano, Kesha, Willie Nelson, and countless others who continue to back the legislation.

And after six long years of watching a handful of lawmakers block a fair vote on the measure — Members mainly from Tennessee and Kentucky — we finally got a vote on the bill in the House in 2019. Lawmakers passed the PAST Act overwhelmingly, in part thanks to the readers of Horse Nation who’ve continued to take action and support the bill.

But as many on Capitol Hill often say: most good bills and causes die in the U.S. Senate, which has an array of parliamentary options for obstructionist senators to invoke. Despite the 52 Members of the Chamber that have cosponsored the measure, we have been unable to get the bill to the floor for a vote of all Senators, who if given that chance, would pass it in a landslide. We must all continue to press for passage of the bill, but we must do more. If a new Administration takes the White House this Fall, then there’s a strong chance that the U.S. Department of Agriculture will reinstate a regulation to eliminate the use of large stacked shoes and ankle chains that are utilized in soring and worn on the feet of walking horses in the “big lick” world.

We must also continue to introduce methods of natural horsemanship and non-violent training to the walking horse world and educate them. There are numerous individuals living in the hotbed of Middle Tennessee that continue to push for change within the breed. The Walking Horse Owners Association has eliminated all “big lick” classes and events from their shows, and the National Walking Horse Association has never had them. Despite the negativity these people continue to stand by the breed – it’s amazing to see how much pain the Tennessee Walking Horse has endured but still lives on.

There’s also efforts by a Citizens Campaign Against Big Lick Animal Cruelty that is pushing local municipalities to disallow “big lick” events in their domains, and they’ve been quite successful eliminating traditional pain-based shows full of soring from Jackson, Mississippi; Panama City Beach, Florida; and the North Carolina State Fair. These people have continued to display their Constitutional right to peacefully protest events in public, and the wagons are circling and driving the majority of walking horse abusers into a five or six county area centered around Shelbyville, Tennessee.

One of the most prominent violators of the Horse Protection Act, Russ Thompson, who sored horses just outside of Los Angeles since the 1980’s has now become a permanent fixture in Bedford County. This marks the end of the last pocket of soring in the nation’s largest state.

This week Monty Roberts celebrated his 85th birthday, and he’s conveyed to me that he’s recommitting his efforts to help us end soring. And Priscilla Presley, she remains committed to stand by our work to end soring as well – so have many others. No matter how long it takes to free the Tennessee Walking Horse and end soring, we’ll all continue to work towards the day of victory that I am certain we will see, I hold that vision in my mind, and can see it quite clearly. Please join us in the effort and stay the course by contacting your Senators here and asking them to cosponsor the PAST Act, and by clicking here to tell the U.S. Department of Agriculture to crackdown on soring and send a team of inspectors to scrutinize the “big lick” events that’ll be occurring in the coming month. The Tennessee Walking Horses needs your help, and the good people in the walking horse world are grateful that we’re all pushing for change.

Marty Irby is the executive director at Animal Wellness Action in Washington, D.C., an eight-time world champion rider, and a past president of the Tennessee Walking Horse Breeders’ & Exhibitors’ Association. Follow him on Twitter @MartyIrby.