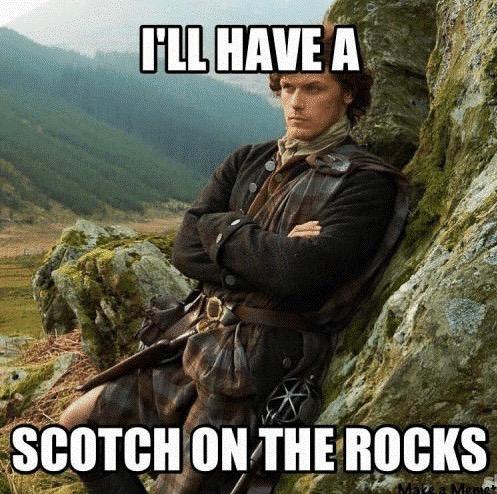 “Ask a mare, tell a gelding.” Here’s a tongue-in-cheek take on how true that is.

Should I just begin my crying now or make myself a stiff drink and hope I don’t break into tears while I’m writing this? These clearly are the only two coping mechanisms that are effective when dealing with and discussing mares! Oh, mares — they are not for the weak. They have big personalities and they don’t mind expressing their desires. For lack of better words, they are quite spirited.

EVERYTHING has to be their idea. The saying “Ask a mare, tell a gelding” has a lot truth, and hard learned lessons behind it. If a mare wants to have a nice, easy ride or would like to fight us the entire time, or if they even want to be saddled up that day — it’s all determined by them. Heck, they’re the ones that determine whether or not they will allow us to catch them in the pasture on that particular day. We dictate nothing for them. 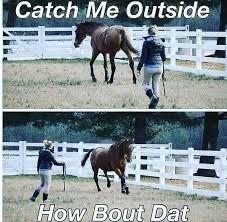 Mares are queens. They rule their fellow geldings. They rule other barn animals such as the barn cats and dogs — heck they’ll even fight that mean old rooster. If we think we’re any different, think again. We are just their clowns. Our sole purpose is to provide them entertainment, whether trying to coax them with treats or eliciting their response after we try to tell them what to do rather than ask.

These fine horses merely put up with us. We are such a drag to them. Always bringing down their already salty moods. They toss their heads in disgust when they see us — and that’s if we’re lucky. If we catch them on a bad day we get the full blown equivalent to resting b*tch face, the mare glare, fully equipped with pinned ears and teeth bearing. Don’t get it twisted, they are never happy to see us — they tolerate us. 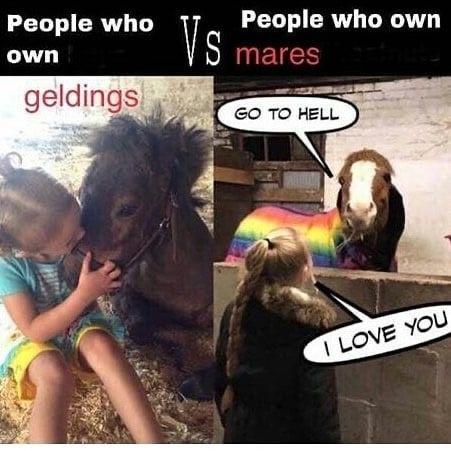 Sometimes the aggressive facial gestures and sassy attitudes leave us wondering whether or not our mare is in heat or just being herself. If you’re crazy enough, you’ll walk around to the back, move her tail over and see. “Crap. My horse is indeed not in heat; she’s just being a real mare today.” Then you take yourself home, crying the entire way — or you let your friends talk you into mounting the dragon. Either way, you’re still going to end up crying the entire way home.

As soon as we swing a leg over them, we have ruined their entire day. They act like the world is ending. Heck, they may start acting like the world is ending when you begin to saddle them. What a disgrace we are to them. Queens do not work and they surely do not carry their clowns around on their back. They’re probably thinking, “Peasants!” 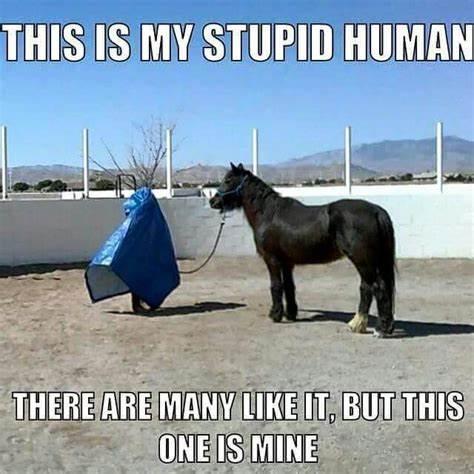 We have taken it too far and now our mares are downright p*$$ed off. World War III has just been initiated and our opponent does not back down. Throw up your white surrender flag now because you will not win. Quite honestly, if you had to pick a fight between your mare or your significant other, pick your significant other. You have a better chance at winning that argument — and we all know we NEVER win arguments with our significant others.

Now thinking about it — and I can’t believe I’m about to say this — but mare attitudes may be worse than pony attitudes. And pony attitudes are atrocious. It will come as no surprise when I say that ponies are the spawn of Satan. Wait, so what does that mean for mares? It could only mean one thing — mares might give Satan a run for his money.

Okay, okay, okay, mares aren’t that bad. I am definitely exaggerating when I say they’re worse than ponies. In all seriousness, mares may come off as testy and sometimes they may take you for rank rides, but there are many of us who would prefer them over a gelding any day.

While they test your skills and try your patience, they have drive. Hands down, they will try hard for you and perform at a high caliber once you’ve earned their trust. Mares have incredible drive — we just need to realize how to wrangle it and convince them to do what WE want them to do. We may never learn how to do that, but we’ll continue trying.

Until then, we’ll continue to ride the struggle bus and laugh at their not-so-cuddly personalities.