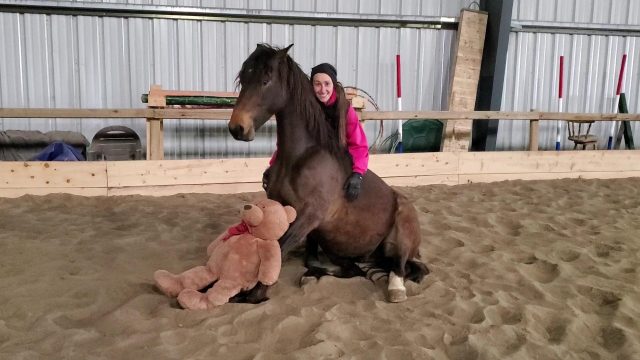 Lindsey Partridge tries out a virtual horse show with her Mustang Valiente. Read how it went and determine if they’re something you want to try! 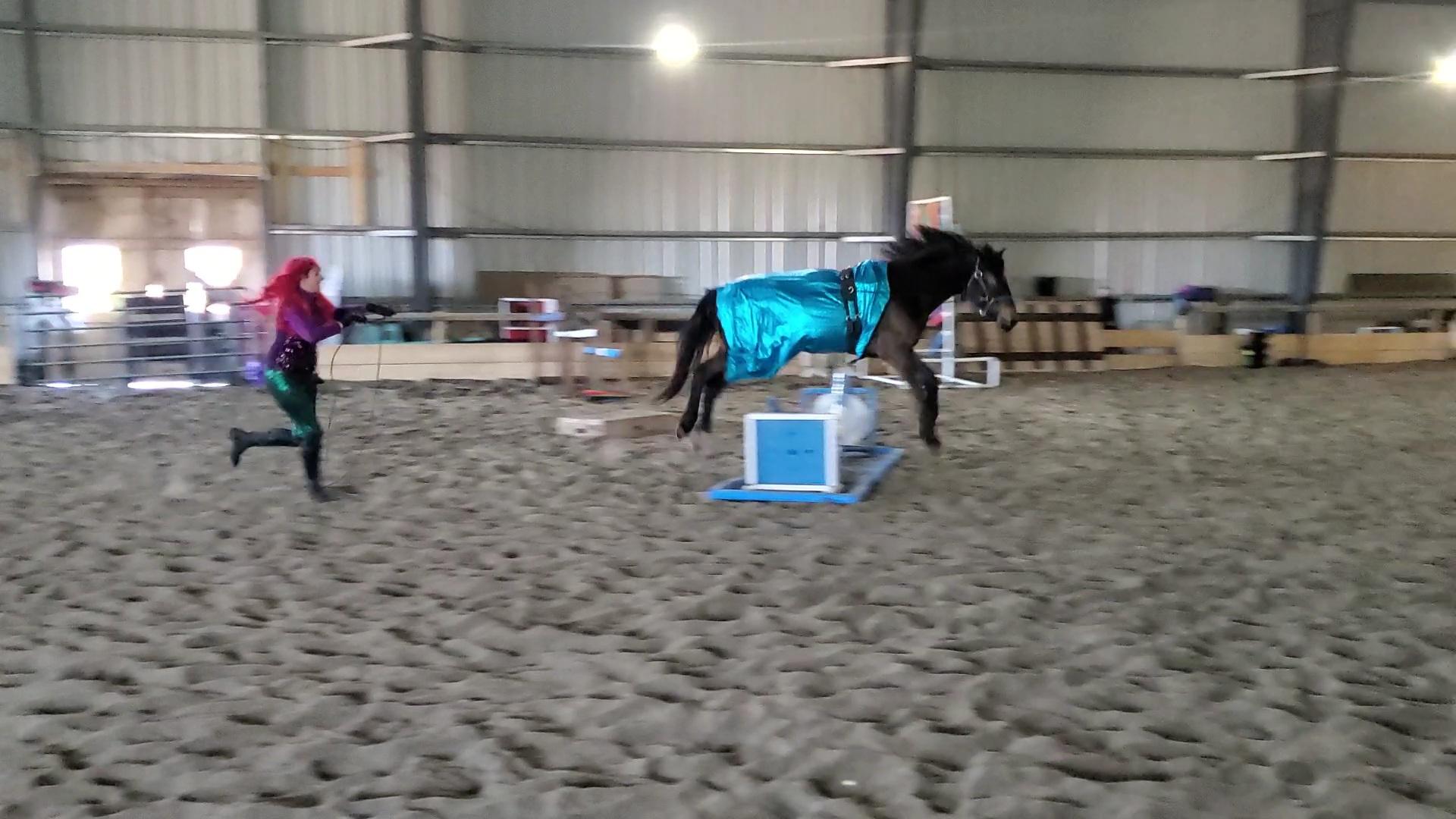 Being forced to isolate and avoid group events has caused many of us to look for different ways to engage in our activities. So many things have gone virtual because of the lockdown. One of my friends who is a physiotherapist said that they are even doing virtual follow-up appointments to avoid people having to drive and come to the hospital.

In general, I think this is great. It is helping get more people off the roads, which means fewer cars and fewer accidents, as well as fewer emissions. It is also letting people have more time at home. There are some downsides for sure, but I’d rather focus on the positive.

When it comes to the horse world, there are already many online courses that people can take. Harmony Horsemanship, for example, has short trick training courses ranging to more in-depth courses such as Become the Centre of your Horse’s Universe course or the Harmony at Liberty course, where you can send in videos for feedback and take part in live videos.

I had heard of virtual competitions but had never taken part in one. I ended up kind of tricked into my first virtual competition. I had signed up for Equine Affaire’s Mustang TIP Challenge with my Mustang #3334, who I named Valiente. It was supposed to happen in April in Ohio. However, because of the lockdown it was cancelled and instead the Mustang organization held it virtually.

It was really interesting to take part in the virtual challenge. We were emailed patterns which included where the camera needed to be. We were given instructions for the pattern including information about filming. There was no editing allowed and no zooming in or zooming out.

We then had an entire week to film our patterns. This was both a blessing and a curse. It meant that we had more time to practice. It also meant that I spent a couple days refilming the same pattern to try and get it perfect. I am sure my horse was bored by the pattern by the end of it, but I think it was a good learning experience.

Once all of the videos had been submitted, the organization put them together as a big long video and put them on YouTube for us to watch. It was really neat to be able to sit down and watch all of the competitors back-to-back. It was super interesting to see how everybody had different arena setups — some people were even working their horses in the field, but we were all doing the same pattern. It was kind of like going for a trip around North America seeing different people at their own facilities. It was nice that the patterns were pretty short and the videos were all less than two minutes for each person for the most part.

I ended up placing Reserve Champion with my Mustang in the virtual competition. I’m very proud of my Mustang. He started off as a very skittish horse and turned out to be a real superstar.

I am thankful for the opportunity to take part in the virtual challenge. I am not sure if I would have entered if I had known it was going to be a virtual, so I am glad it worked out the way it did. I discovered that doing a virtual challenge is actually pretty easy and there are a lot of perks.

Virtual challenges are easier because you can get help with the patterns, you can video yourself and then watch it to see what you did well and what you need to improve. You don’t have to spend money on hauling your horse to an event and you don’t have any extra costs related to buying food while you are there, or even staying overnight, which is what we have to do for some events.

We still got to interact with other competitors by commenting on the different videos. It is definitely not the same as going to an in-person horse event. Going to an event, whether it be a clinic or horse show, does have a special atmosphere with being able to meet people, laugh and joke with them, being able to see what your horse does in a new environment and getting to try new things. However, there are a lot of good things that go with virtual competitions and now that I have done one, I can say for sure that I will do another one. 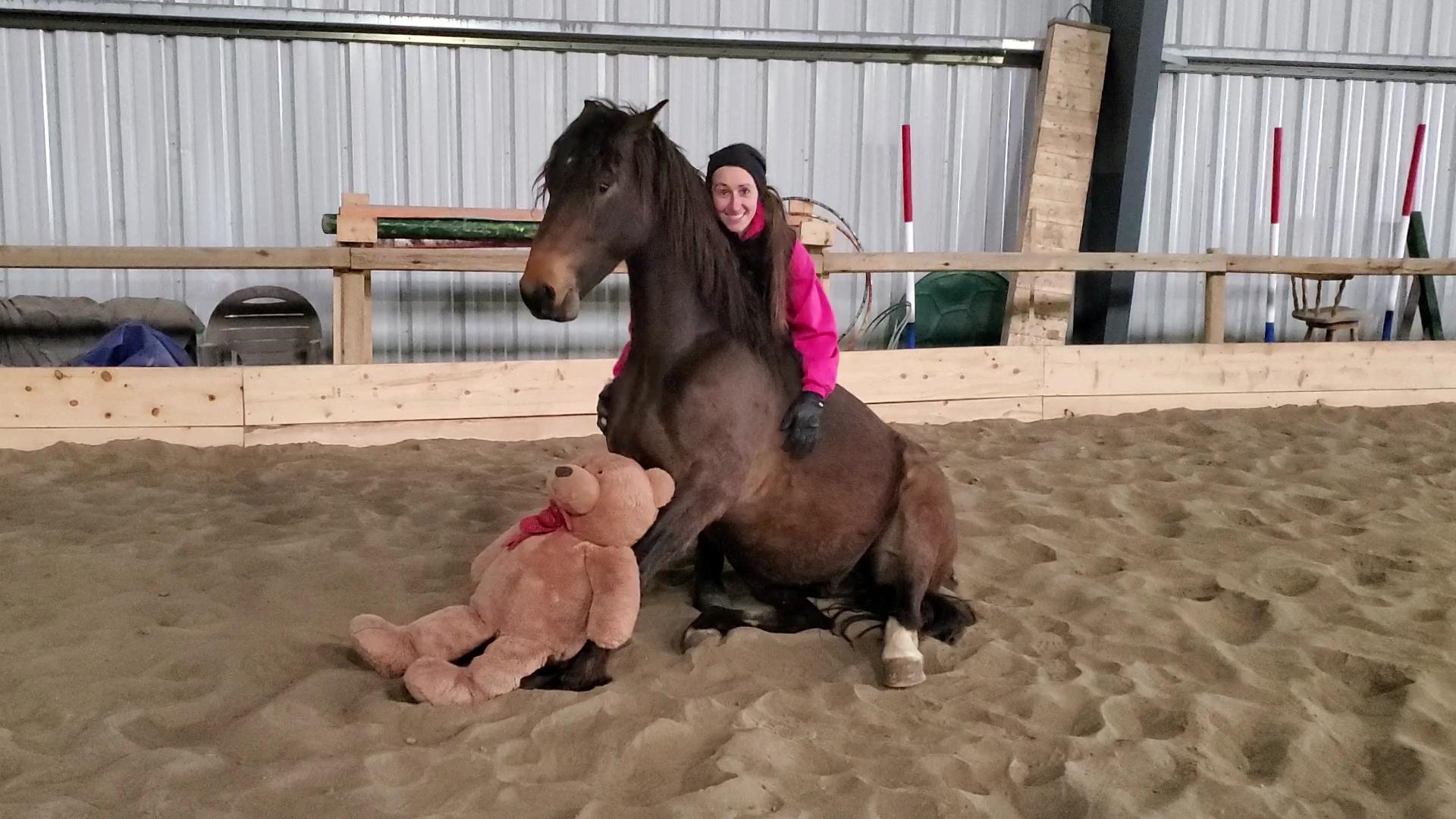 Harmony Horsemanship will be hosting a three-show virtual series. The first show will have patterns available May 15th and due by end of May. I really enjoyed my virtual competition experience and want to share it with everybody else.

Some tips if you are thinking about competing in a virtual competition:

Definitely try a virtual horse challenge. It’ll give you and your horse something fun to try together.