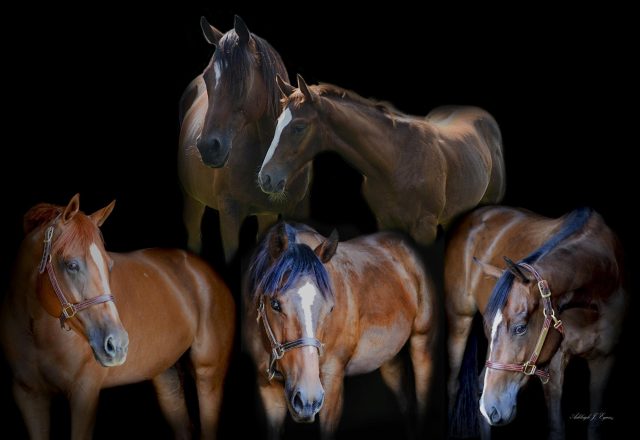 “Everyone has a story. A story of the one horse that saved them, that taught them how to ride, or was just perfect in every way. This is my story of my perfect horse. The twist in the plot is that I never once sat on him.” 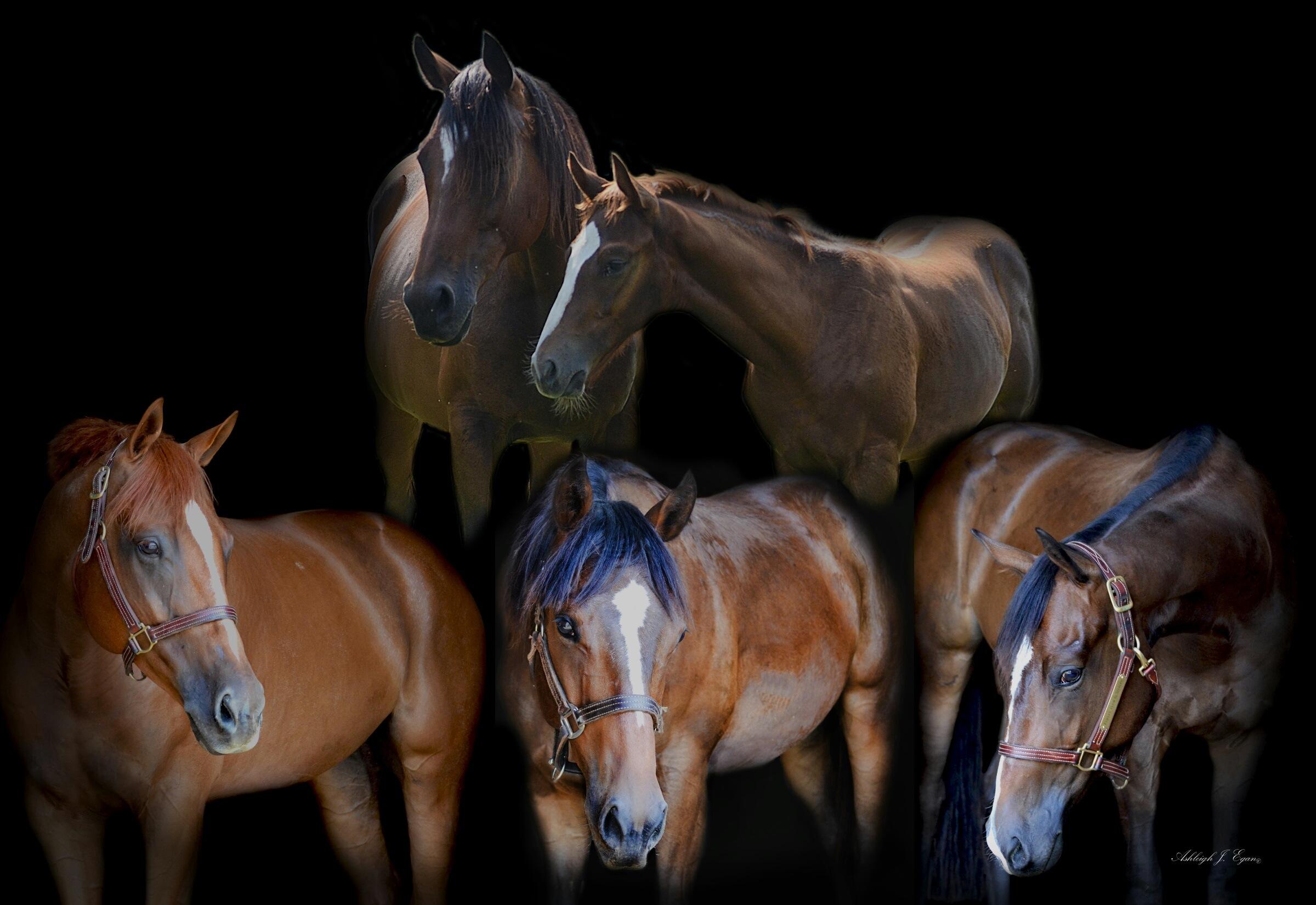 Everyone has a story. A story of the one horse that saved them, that taught them how to ride, or was just perfect in every way. This is my story of my perfect horse. The twist in the plot is that I never once sat on him. We were together for seven years and I never rode him; however, he changed my life in more ways than I can express.

The year was 2012 when I, a mother of five young riders ranging in age from 16 to six, was looking to purchase a hunter for my 11-year-old daughter. My oldest sons each owned Western Pleasure horses, but my daughter was interested in jumping. We were competing at open breed shows at the time and I liked the idea of keeping the family together at shows. I was interested in a horse that could cross over the divide — a seemingly daunting task. A trainer in our area had asked me to look at a three-year-old she had available for sale.

A three-year-old for an 11-year-old? Of course I said yes! I would come right over and take a look. He had been in professional training his entire life, had already started showing and was ready to go to the Appaloosa Horse Club World show in four months with my daughter. And yes, the trainer believed he was calm enough to do the lead line class with my six-year-old. At this point in my story you must be shaking your head saying that it can’t be; however this three-year-old did all that and more. That was when I knew that Dashing Hunter was one of a kind.

While in Oklahoma for the World Youth Show, I heard that Dashing Hunter’s dam was being offered for sale. She was in foal to a full sibling to our Dashing Hunter. I quickly made the deal and made arrangements to have her brought to our farm in New Jersey. I had never had a foal on our farm before, but was reassured by the prior owners that Maddashfordinner knew what she was doing. I lined up a veterinarian that would help should we need it and set about waiting for the foal. All of my children were excited to welcome a sibling of Dashing Hunter’s into our farm family. Maddashfordinner did indeed know what to do, and her colt was born without incident. Maddashfordinner produced a total of three full sibling geldings for us.

My daughter’s love for jumping soon had her devoting all of her time to it. She took lessons on school horses because we understood that green on green made black and blue. Dashing Hunter continued to have professional training to help him make the switch from open breed showing to the hunter division. My daughter continued to ride him and show him at whatever level he was performing. She quickly passed him and needed a 3’ Hunter horse while Dashing Hunter was comfortable at the 2’6 level.

We kept him in the family and he turned out to be a favorite lesson horse. Following this, I decided to give him a much earned vacation. He had been showing and working since he was a yearling. I told him he could be a pasture pet for the winter, but he had to promise he wouldn’t hurt himself out in the field. On the day I introduced him to the herd, I reminded him of his promise to stay in one piece as I lifted his halter over his head. He looked me in the eye as if to say, “Of course, I will behave.” Then he nuzzled my shoulder and quickly took off bucking and kicking. He ran right up to the head of the herd, bit him on the butt and said, “Want to play a game of ‘Lose a Shoe?’” Dashing Hunter won that game that winter.

When we brought him in that following spring, he was a happy horse. My youngest daughter was just coming off her pony and ready to step up to the 2’6 with Dashing Hunter. They had two great show seasons together and won many championships. My daughter was now ready to move up to the 3’ division. Dashing Hunter showed us his ability to be perfect once again, when asked to participate in the therapeutic riding program at our farm. He instinctively knew that the children sitting on him needed his protection, and just like he protected both of my daughters when they were younger, he would protect his riders again. He was a superstar.

In 2019, my oldest daughter had broke, trained and showed Dashing Hunter’s full sibling Oktoberfest Marzen and was offering him for sale. She sold him in under a month. At four-years-old, he was a spitting image of his brother with the same protective instinct. A woman called our house asking about Marzen and I told her he was sold. She started to cry when she told me she had been searching for a horse for her two daughters and Marzen had seemed just perfect. She told me of her struggle with breast cancer and how her daughters are her rock, how the daughters help her and are always putting others first. She was ending the conversation and asked one more question: “ Do you have anything in your barn like Oktoberfest Marzen?”

After hearing her story, I thought might this be Dashing Hunter’s next vocation, to heal the hearts and souls of this family who had seen so much pain. I told her Dashing Hunter was actually not for sale, but if they wanted to come out and ride him, we would see if it was a good fit. They drove three hours each way one day a week for a month to take lessons on Dashing Hunter. After getting to know the family, I agreed that Dashing Hunter had found his next family. 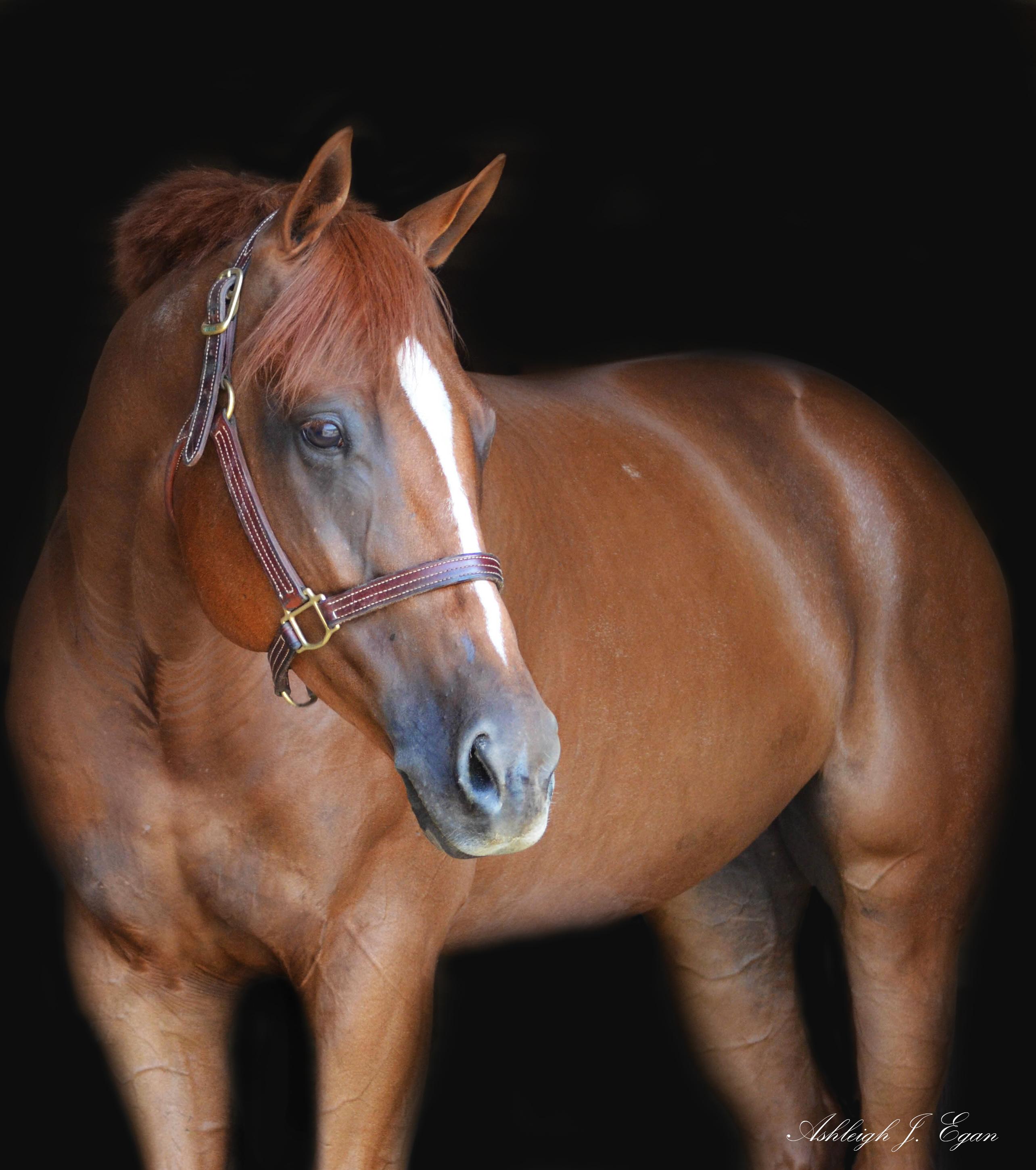 They loved him for three months before a tragic accident shattered his leg and he was humanely euthanized. His new family was distraught and the pain they suffered insurmountable. They were so appreciative of the time they had with Dashing Hunter and count the days spent with him in their barn as their fondest memories. Our families have continued to grow close, and it is fitting.  It was Dashing Hunter’s way of bringing people together.

Dashing Hunter will live on in all of us who knew him. My eldest son pursued a career in equine breeding and both of my daughters continue to breed, break and train Dashing Hunter’s siblings. The life lessons that this magnificent horse had bestowed on those privileged to know and ride him are indescribable. The horse and human united… a God-given gift altogether unique that emboldens our capabilities, amplifies our frailties and focuses our hearts on how truly desperate we are to help each other find our way.

Denise, and her husband Bill, along with their five children and daughter in law, own and operate Furlyn Farm & Stables in northern New Jersey. In addition to caring for the horses, Denise enjoys home schooling her children. She is easy to spot on the farm, just look for the corgis and she is not too far behind.