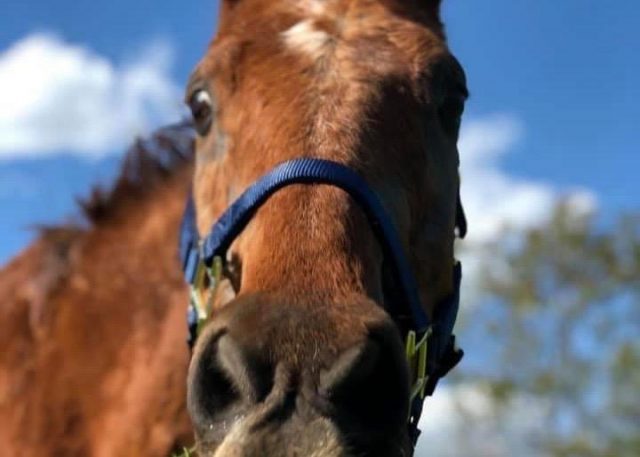 May 5, 2020Esther RobertsEsther L. Roberts#HORSE RESCUEComments Off on The Rehabilitation of Regal: Home Sweet Home

Regal is released from the University of Tennessee College of Veterinary Medicine and heads toward his rehab home. See how he’s doing!

They say a picture’s worth a thousand words, so we’ve loaded up on some photos of Regal as he was released from the University of Tennessee College of Veterinary Medicine and headed towards his rehab home! Enjoy!

On the joyous day Regal was released from UTCVM, he took a moment to nuzzle his thanks to the veterinary staff who so carefully tended him during those first three weeks when his chances of survival were so very slim. 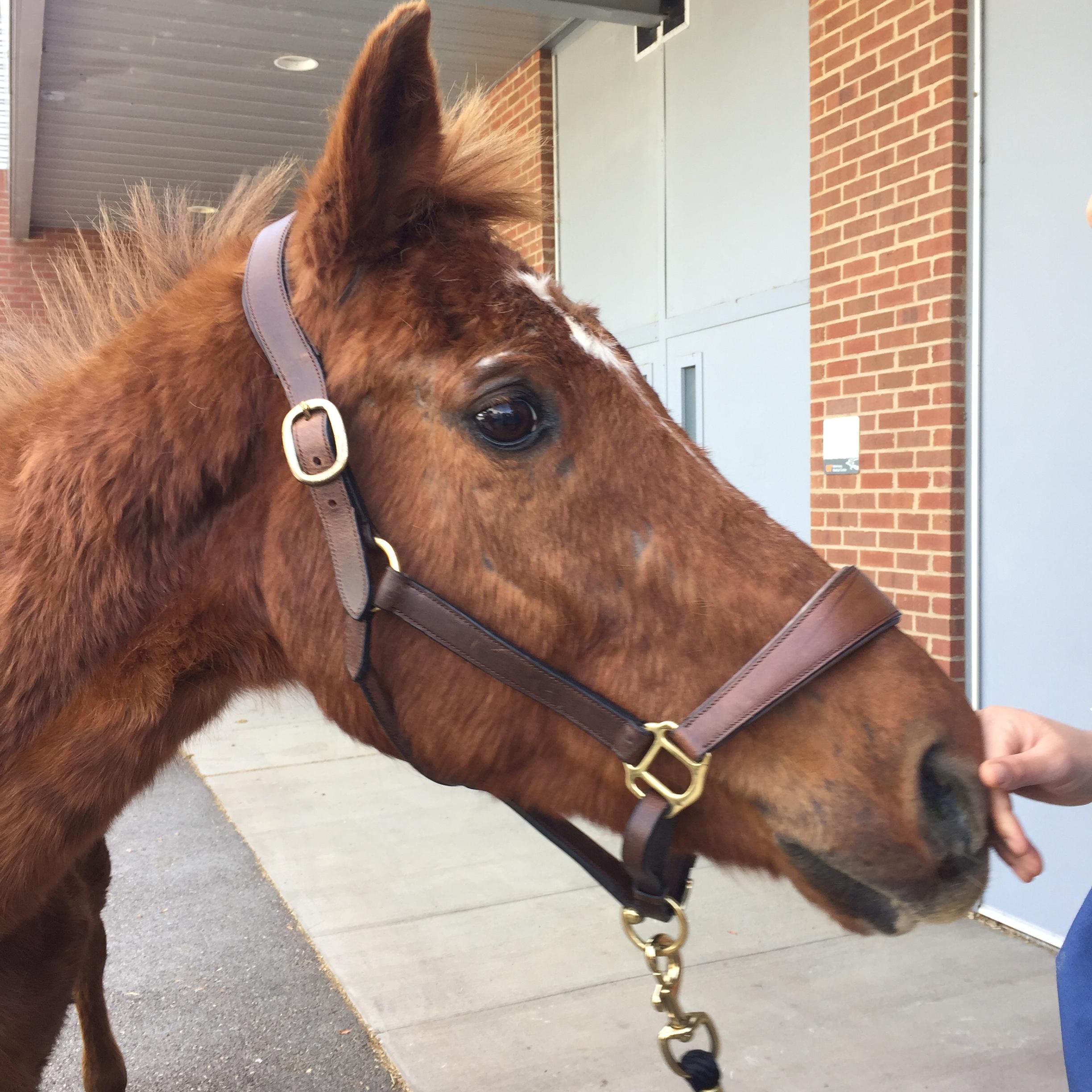 Farewell nuzzles of thanks to the crew at UTCVM. Photo by Esther Roberts

On the day of his release, Regal had gained a whopping 100 pounds yet remained a “1” on the Henneke scale. The folks at UTCVM were surprised at his resilience and his sweet demeanor, despite all he had suffered prior to being rescued. 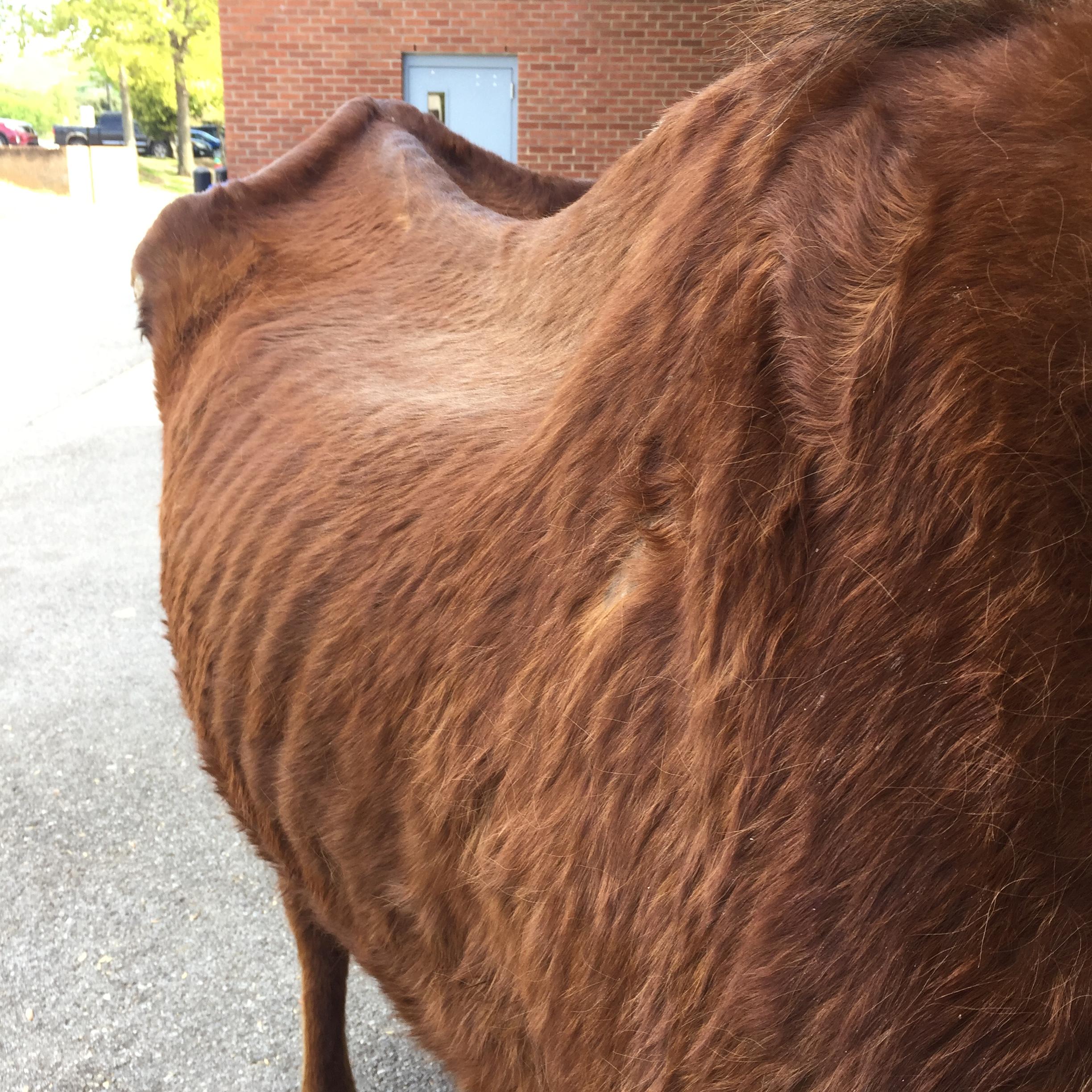 Despite gaining 100 lbs while in ICU, Regal left UTCVM still a 1 on the Henneke scale. Photo by Esther Roberts.

Regal was fortunate to have several wonderful folks all across the eastern United States offer to adopt Regal and provide him with a loving forever home. Starlight Farm Animal Sanctuary carefully evaluated each adoption application, with one goal in mind: What is best for Regal? A local vet tech, Jennifer Taylor-Linebarger, and her husband, Darrell Linebarger, had everything Regal needed, including prior knowledge and experience rehabbing starved and neglected horses, a solid knowledge of equine husbandry and medical care, a beautiful farm with a snug stall and private pasture for Regal to continue his journey towards health. And their farm is a short drive from UTCVM, should Regal require any additional hospitalization or emergency care. It was truly a match made in heaven, and the SFAS Board unanimously approved Jennifer’s adoption application with joy and gratitude for her generous heart and willingness to take on such a long-term rehab case. 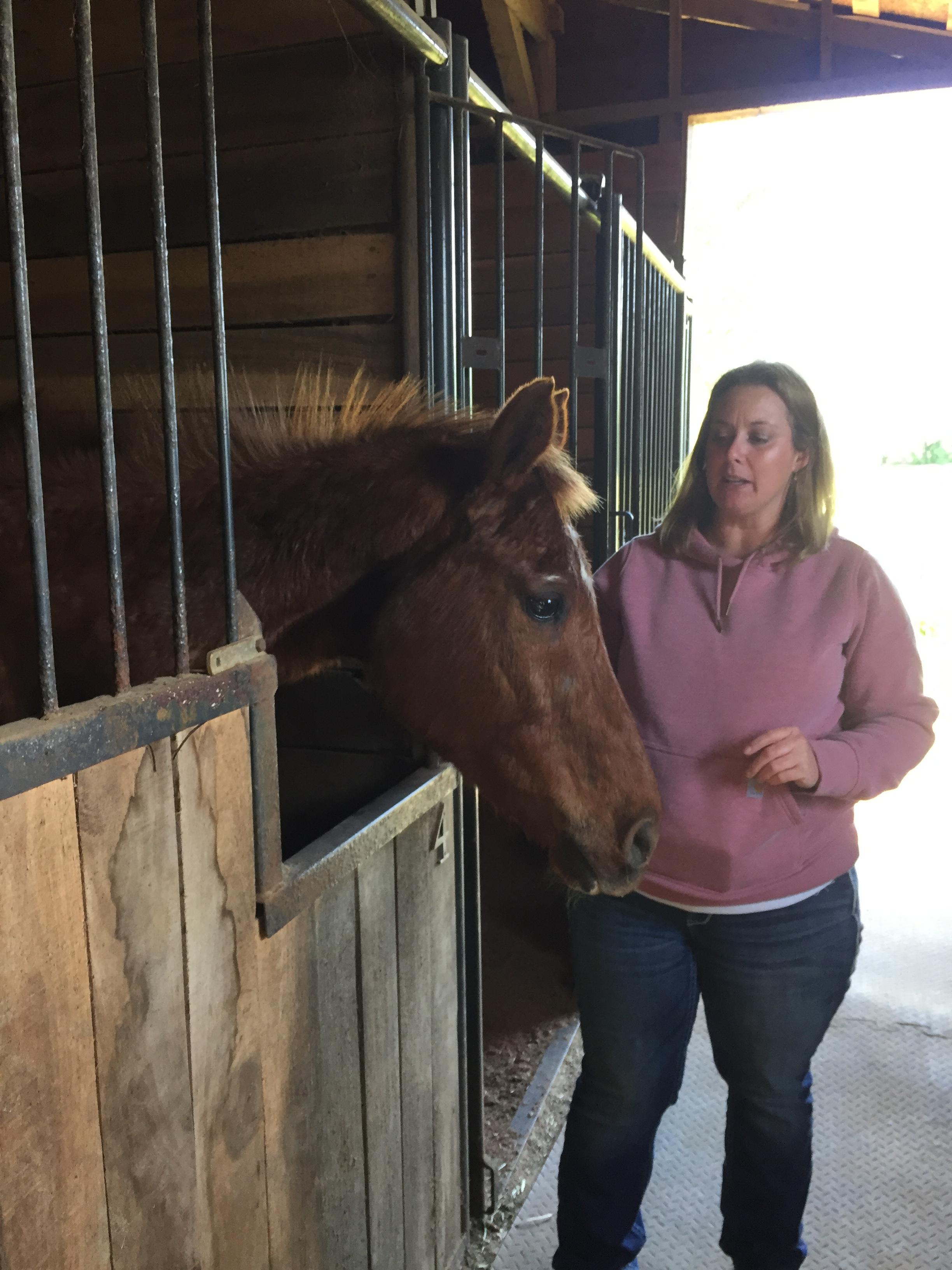 Regal and his adoptive mom, Jennifer. Photo by Esther Roberts.

The Taylor-Linebarger farm includes hundreds of acres — sunny pastures, rolling hills and lovely wooded trails. For now, Regal is limited to brief outings on the lush grass, so his body can adjust to it. 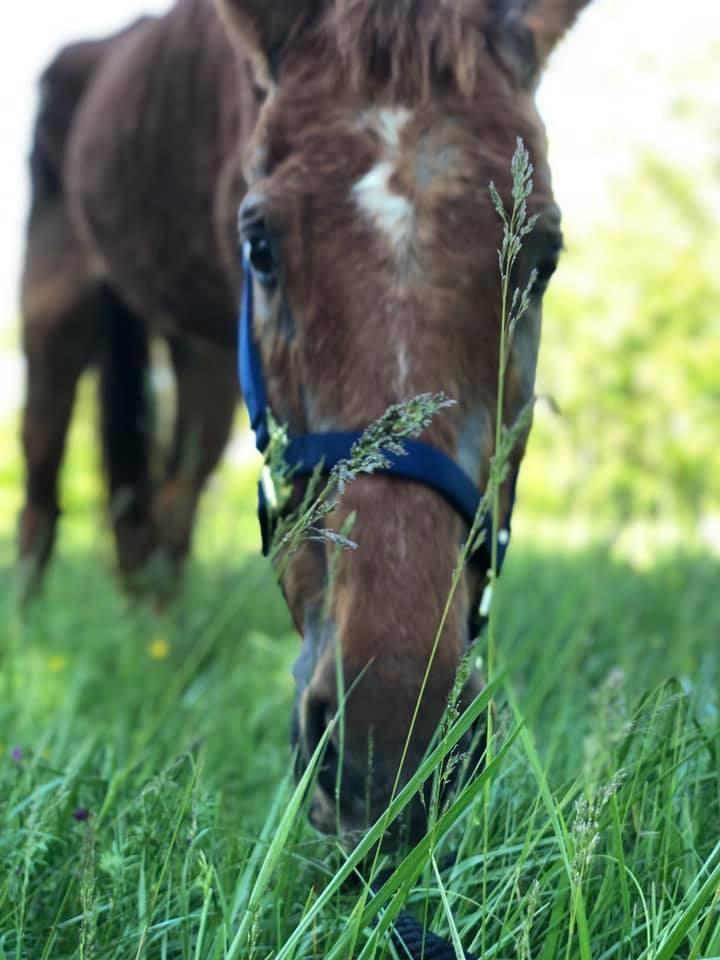 Regal’s first night with Jennifer, he found himself tucked in his stall with a blanket, fresh water and all the hay he cared to nibble. 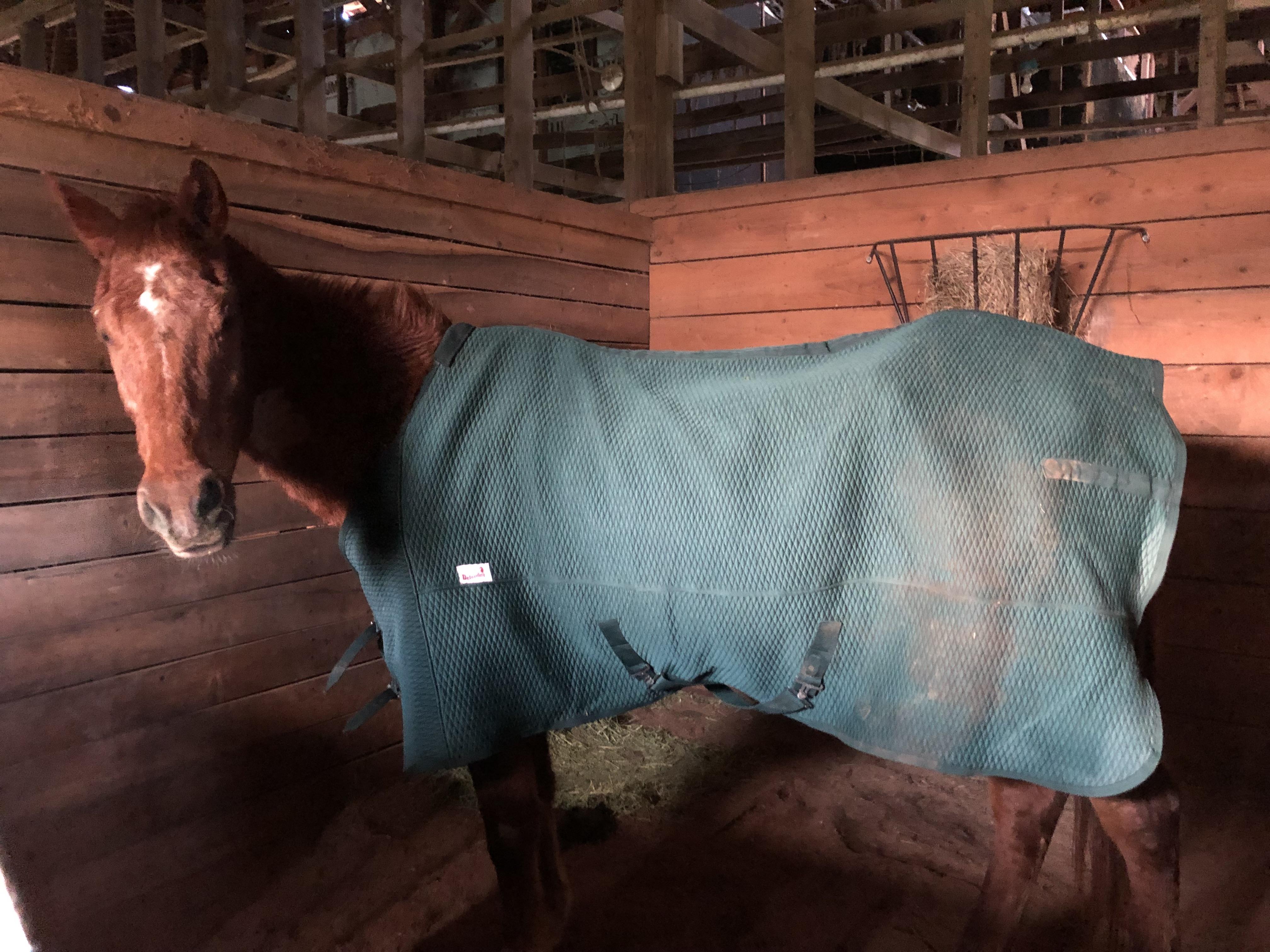 Snug in his new stall with a cozy blanket of his very own. Photo by Esther Roberts.

We are delighted with Regal’s new home, and it looks like Regal is, too! 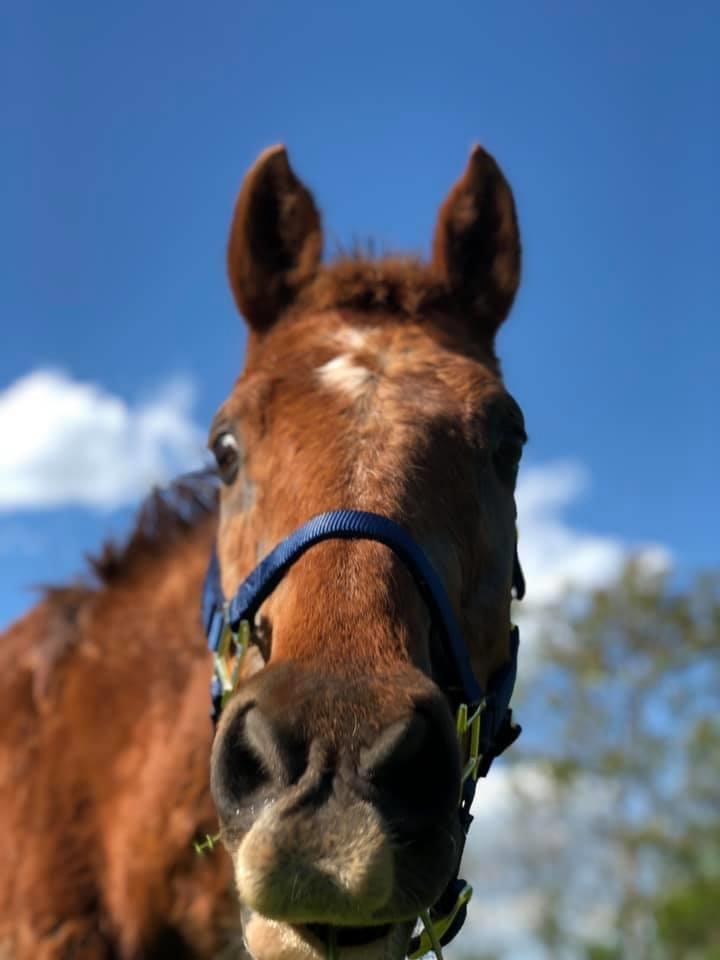 Blue skies ahead for Regal. Photo by Jennifer Taylor-Linebarger.