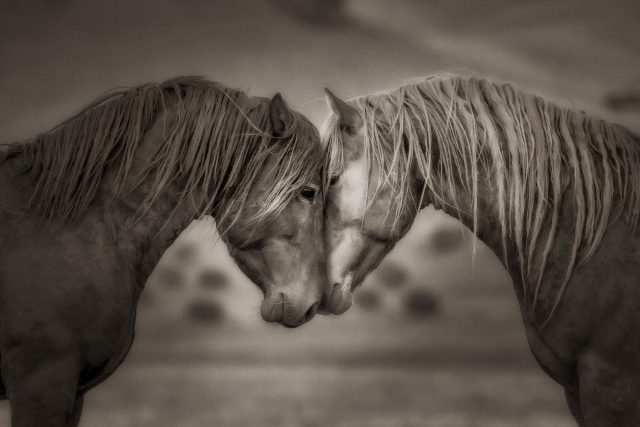 April 15, 2020DeAnn SloanCandace Wade#MUSTANG, #PHOTOJOURNALISMComments Off on Don’t Believe Everything You Think – With Wild Mustangs and Life

“Wild things are teachers — if we pay attention. How often are we blind to what’s really going on in our world? The Onaqui wild Mustangs have become my teachers. I will be careful of what I choose to believe.”

What’s happening with these wild Mustangs? Looks like love. Awe! 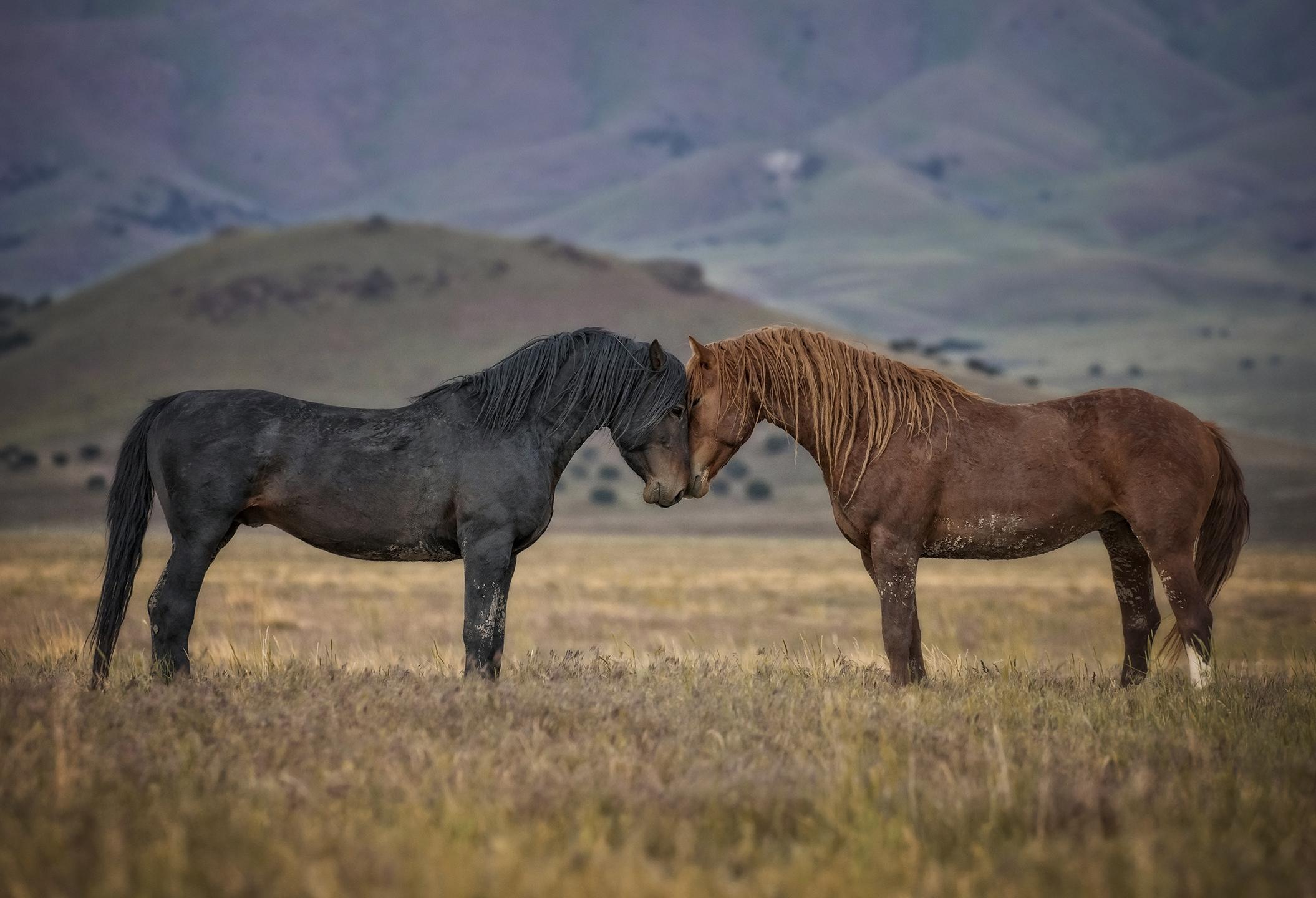 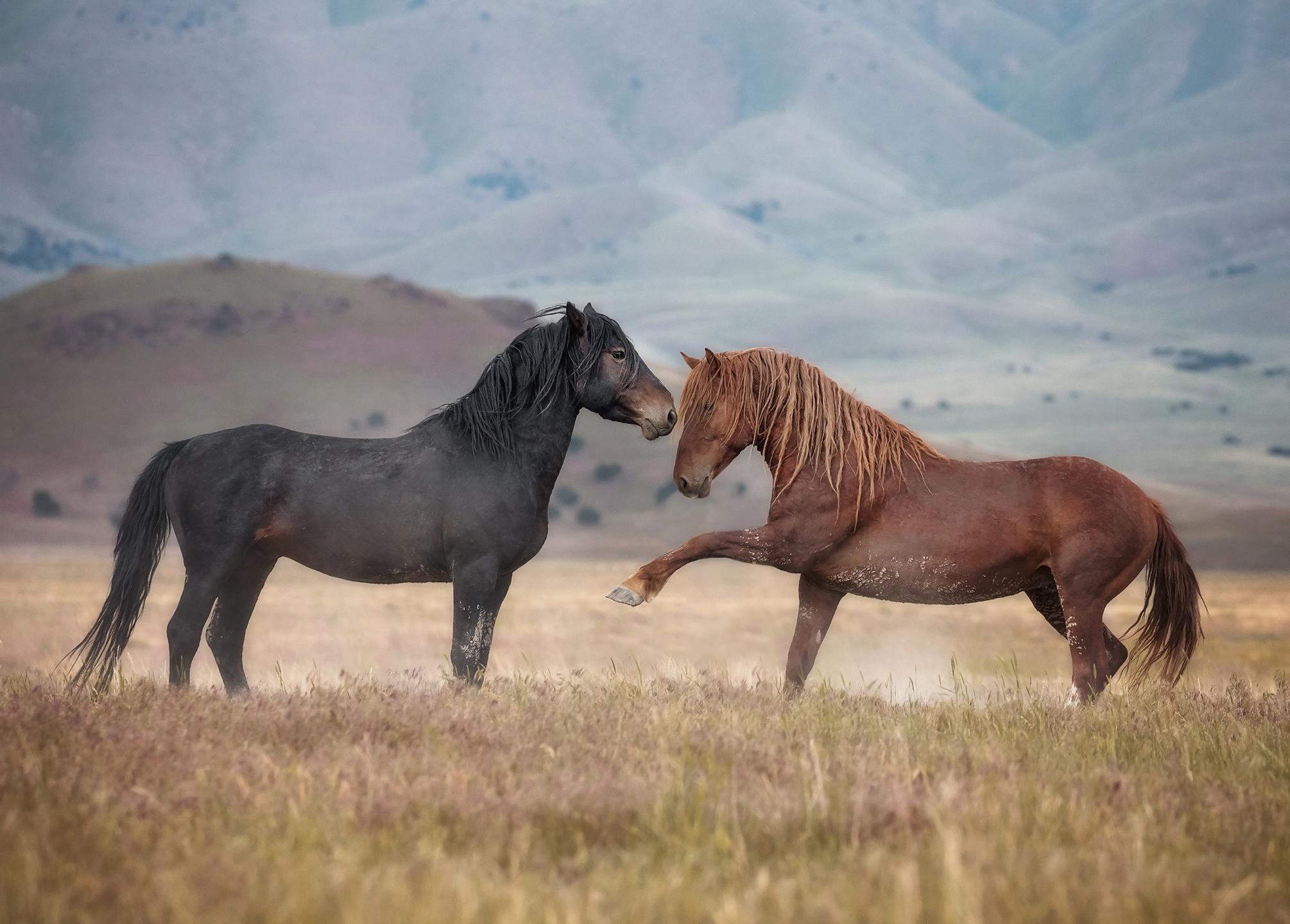 Oooops, I was wrong. 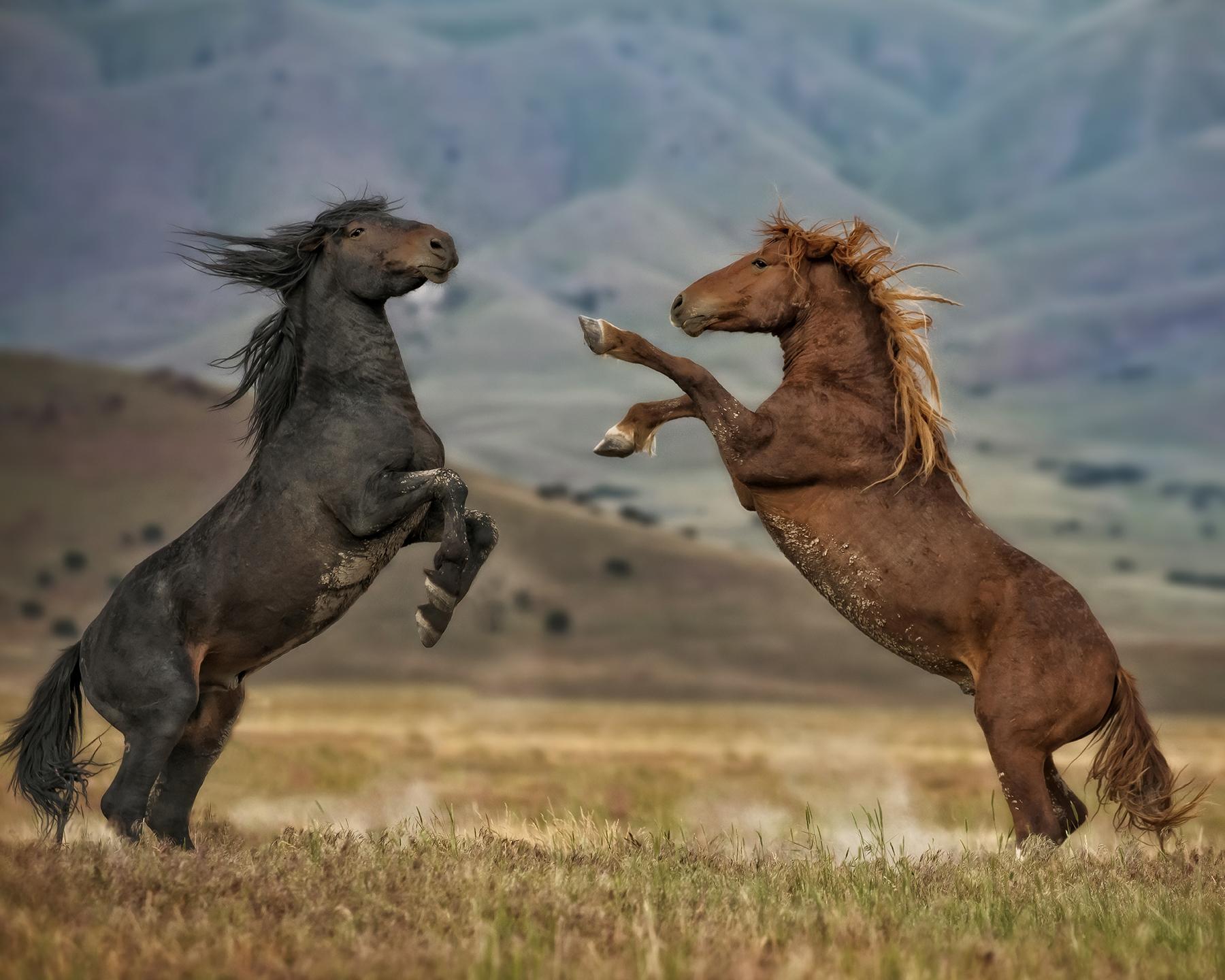 My favorite equine photographer, Kisa Kavass caught two stallions (Onaqui Wild Mustangs of Utah) “doin’ what comes naturally” for stallions. She explained, “Wild stallions use body language to communicate. If you play attention, they communicate continuously.” As with our horses,  “The position of ears, legs, head, tail and shoulders telegraph the horses’ mood and thoughts.

Kisa described her encounter with the Mustangs during this photo session:

“The late June afternoon light in Utah lasts well into the evening. I had driven out to the range by myself. I wanted that waning light. Storm clouds gathered in the distance as I drove onto the Bureau of Land Management wild horse range. The sun peaked out and a rainbow materialized over the mountains. Horses took form — way off.  I was unable to get close to them. I was disappointed, but then realized that they were slowly grazing –meandering my way.

“Before long, the herd had encircled my car — spread out grazing on both sides of the gravel road. The young foals played while their mothers grazed. The bachelor stallions had begun to ‘sport’ — imitating the older stallions. An occasional fight would break out among the band stallions over personal space or mares. I watched the two stallions (pictured) standing in the distance sizing each other up by touching nose-to-nose. They took turns striking the ground with their front legs, stirring up dust. Sometimes after this ritual the horses will turn and walk away. This time they rose up to strike and bite. They stood on their hind legs poised to fight, but then came down to touch noses again. They then turned and walked away in opposite directions.” 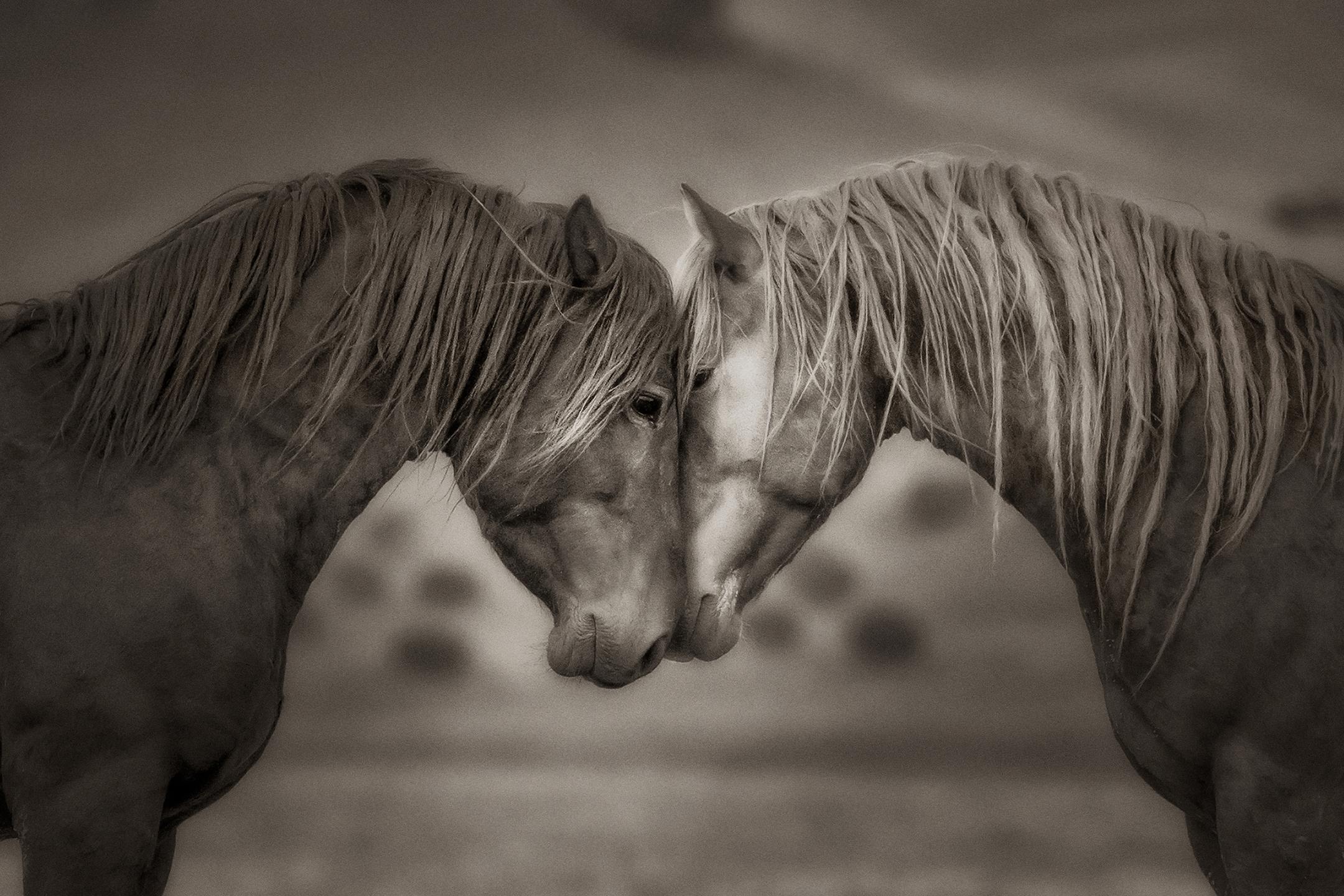 My enchantment blossomed as Kisa disabused me of my overly romantic assumption of the encounter as affection. How often do we mis-read our own horses or are blind due to not paying attention? Wild things are teachers — if we pay attention. How often are we blind to what’s really going on in our world? The Onaqui wild Mustangs have become my teachers. I will be careful of what I choose to believe.