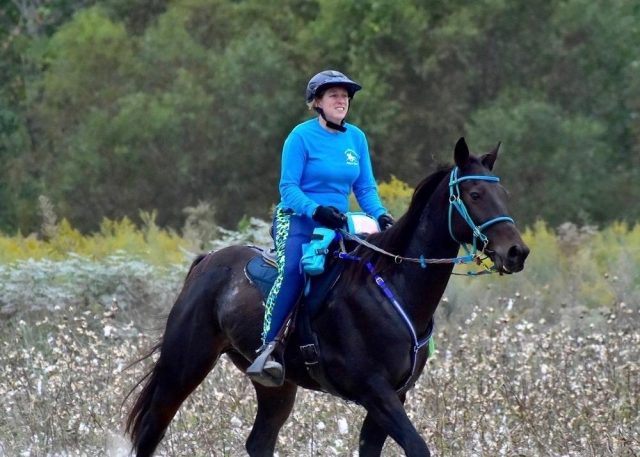 In part 15 of her stories on Standardbreds, Ashley Francese offers another testament to the versatility of Standardbreds — especially when it comes to endurance riding. 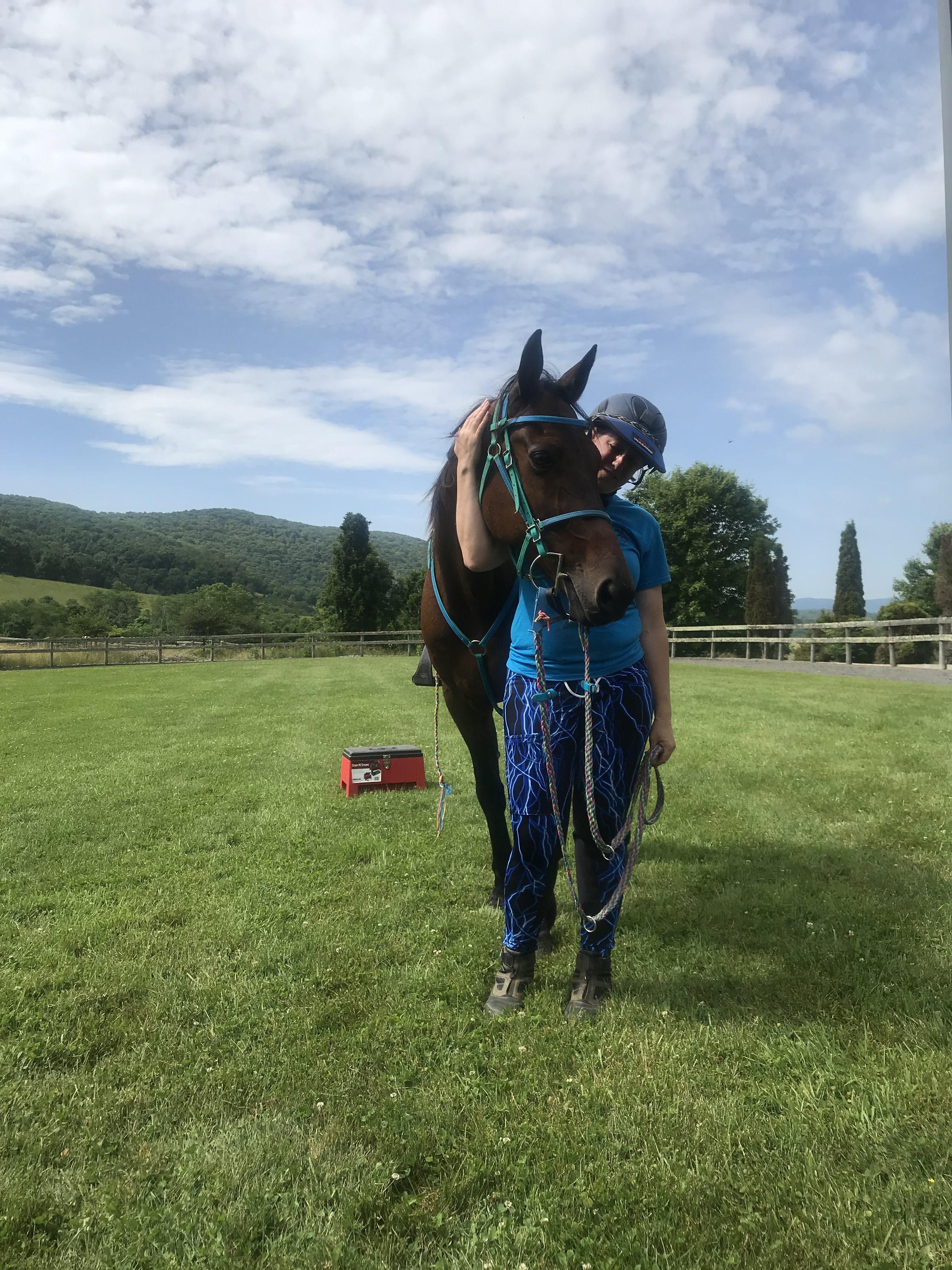 Griffin Keller grew up loving horses and was an avid Girl Scout, whose interactions with horses happened mostly during Girl Scout Camps. As an adult, Griffin rode on vacations as often as possible. When she was 27, her husband gifted her with a lease horse, and the following year she bought a bald-faced paint, who she enjoyed trail riding.

Griffin started competing in endurance in 2014 and her first few years were rough. She lost a horse at her first ride and lost a horse to colic two years later. Her third horse ended up being unrideable. At this point Griffin started looking at Standardbreds, she had seen several posts about them on distance riding and endurance groups on Facebook, and there were two available for adoption near where she and her husband were going on vacation. She tried out two Standie mares; one was a trotter and an ex-racehorse and the other was a pacer and an ex-Amish horse. She liked the down-to-earth demeanor of the horses and wanted one that had a good combination of personality and stride.

Griffin found that winning combination in Sleek N Wow, known affectionately around the barn as Sully. He is a 13-year-old trotter, who Griffin adopted in July of 2018 through Sabine Spring. He raced until September of 2017 and completed 159 races including 27 first place finishes, 17 seconds and 11 thirds. He earned nearly $208,000 over the course of his career.

Sully now lives with Griffin’s previous horse, the unrideable one, who is his pasture companion.

It was Griffin’s love of the trail that lead her to endurance riding. When Griffin had her first horse, they spent all of their time on the trail and she had looked into competitive trail riding, but she was intimidated by the rules and there was no one near her farm to coach her. When Griffin moved to Tennessee, she started boarding at a barn with a lot of other endurance riders. But life and having children derailed her plans for several years. Her family moved to Virginia, and when she arrived in Virginia, Griffin got together with a group of endurance riders and started conditioning with plans to complete an intro ride at the Iron Mountain Jubilee that summer. 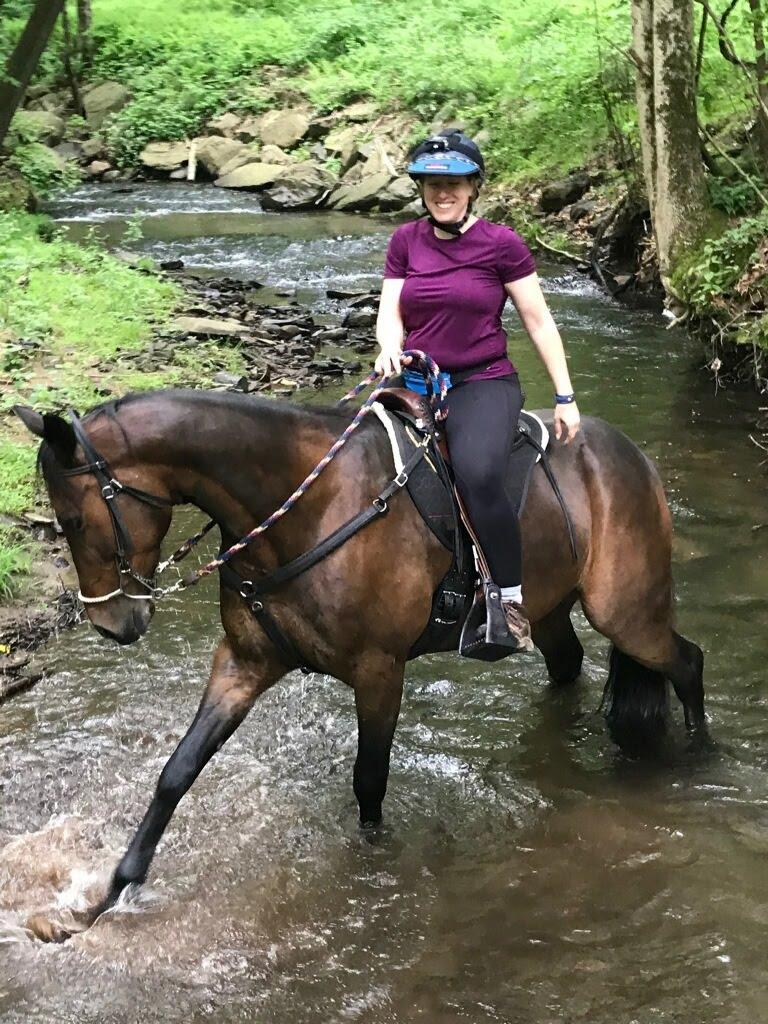 Her paint handled his conditioning rides well and completed 28 mile rides through intense terrain, so Griffin changed her plan and decided to do a limited distance ride at the Iron Mountain Jubilee. An accident about two miles from the finish caused her beloved paint horse to break his shoulder. The ride’s vet put her paint down and the site of the Iron Mountain Jubilee became his final resting place. Despite the trauma of the event, Griffin was hooked on the concept of “trail riding with a purpose.” 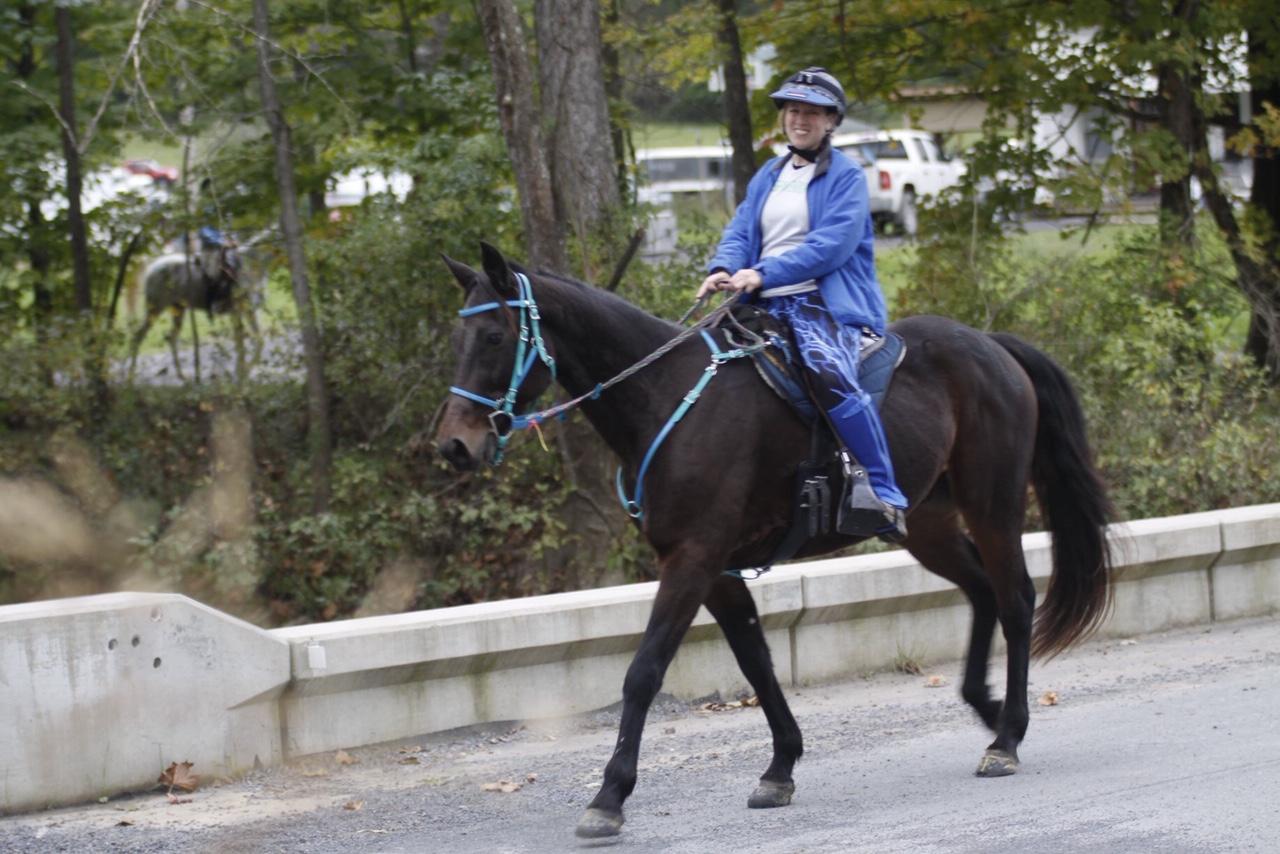 After acquiring Sully, Griffin had to fight the weight loss that is typical of horses who have retired from racing and are making the transition to riding horses. Once he was up to weight, Griffin and Sully started competing in limited distance rides. On their first ride, Sully had trouble leaving camp. He had to be led to the starting gate for the intro ride. Then, once he got pointed in the right direction, he was happy to go on and ended up being heavy on the bit, and Griffin had to take to riding him in gloves. As the season progressed, Griffin stopped needing to use the gloves all the time. Now their biggest challenge is working on Sully’s space requirements. He sometimes kicks out when horses get too close to him when he is not in the lead. 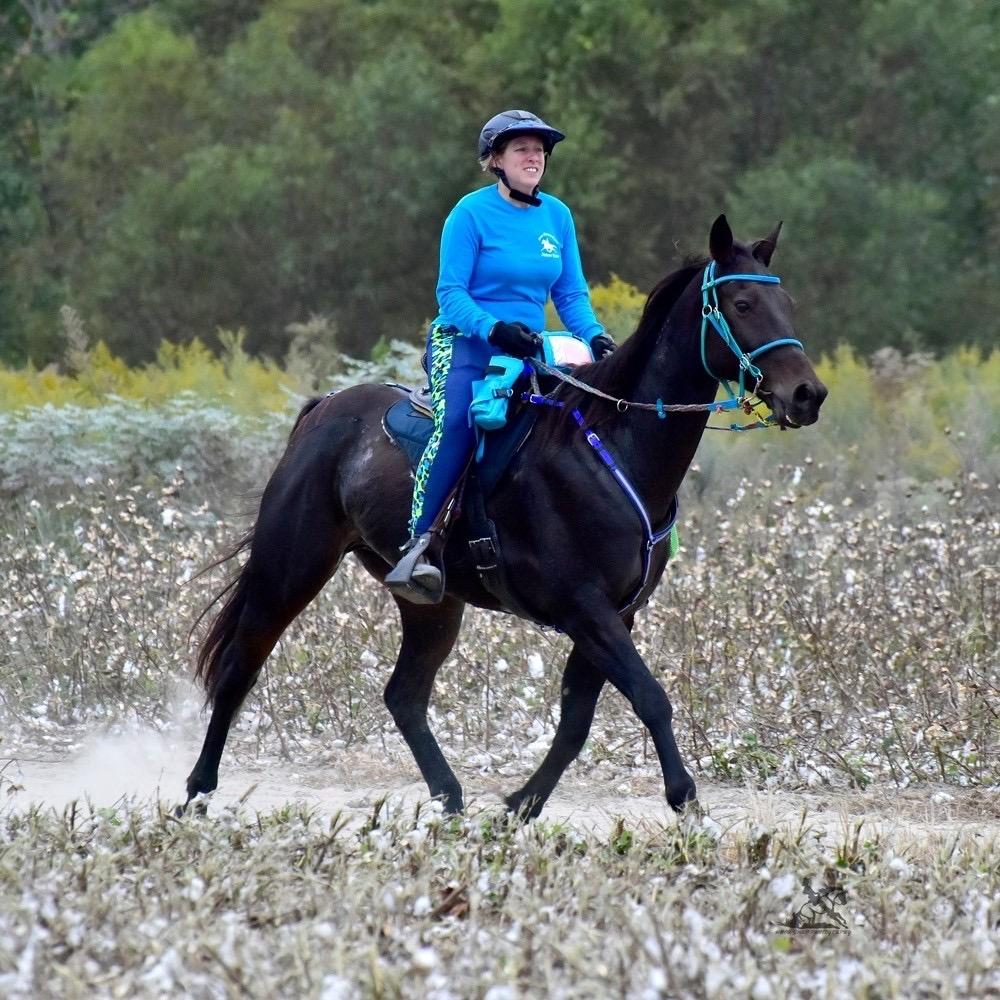 Griffin and Sleek N Wow completed their first AERC season in 2019. They completed all five of their limited distance rides; 135 miles total. And for three of their finishes they landed in the top 10. Their first top 10 finish took Griffin totally by surprise; they had finished in eighth place and won High Vet Score and Best Condition Award for that ride. After a successful competition season in 2019, Griffin hopes to move up to Endurance level rides, 50 mile rides, with Sully in 2020.