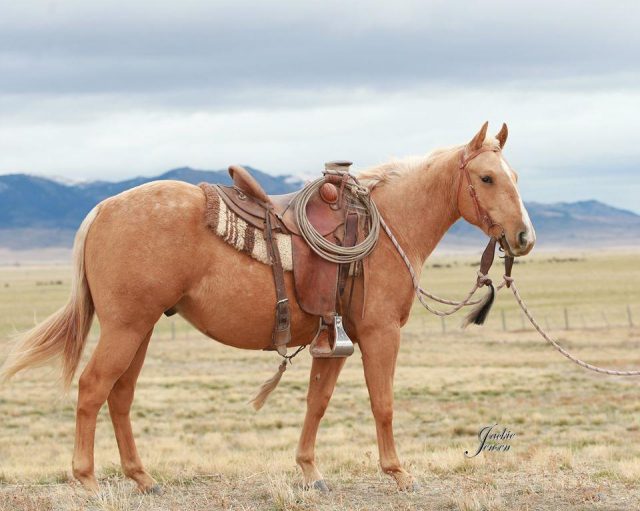 Despite its move from an in-person, two-day event to a live internet auction, the annual national colt sale of Montana Center for Horsemanship and University of Montana Western was a success, raising over $100,000 for class costs and scholarships.

Outdoor arena in Montana. Photo courtesy of the Montana Center for Horsemanship.

Dillon, MT (March 29, 2020) — It wasn’t the way it was planned but it was a great success — the annual, national Colt Sale of the University of Montana Western, traditionally held every spring in Dillon, MT. But this year was different. When the Coronavirus crisis hit, one of the nation’s leading equine education centers – the Montana Center for Horsemanship in partnership with the University of Montana Western, who coordinate this sale, were faced with a dilemma – 30-plus colts, well-trained and ready for the sale — what to do about the live auction scheduled at the end of March?

The Natural Horsemanship Program, which educates students to work with young horses as part of a broad range of equine and other academic studies, is a joint program of the University and the Montana Center. The horses, all of whom are donated by well-known area ranches, are well-bred and have extensive natural horsemanship training, and would typically be sold at a live auction event in Dillon, MT. It’s known in the horse world as one of the most anticipated events of the year. But with the health crisis looming, the face-to-face auction event had to be canceled. “It’s one of the most important fundraising events of the year,” according to University of Montana Western Foundation Director, Roxanne Engellant.

To the ranches that donate the colts, this is about the future. Lynn Hirschy of Harrington-Hirschy Quarter Horses, one of the original donors who has been with the program since its inception, says the ranch has donated about 50 AQHA colts over the years to both the University of Montana Western and to Montana State University. She says they do it because it gives students in the program a great advantage in the real world of training and they get the kind of experience that will help them throughout their future with horses. 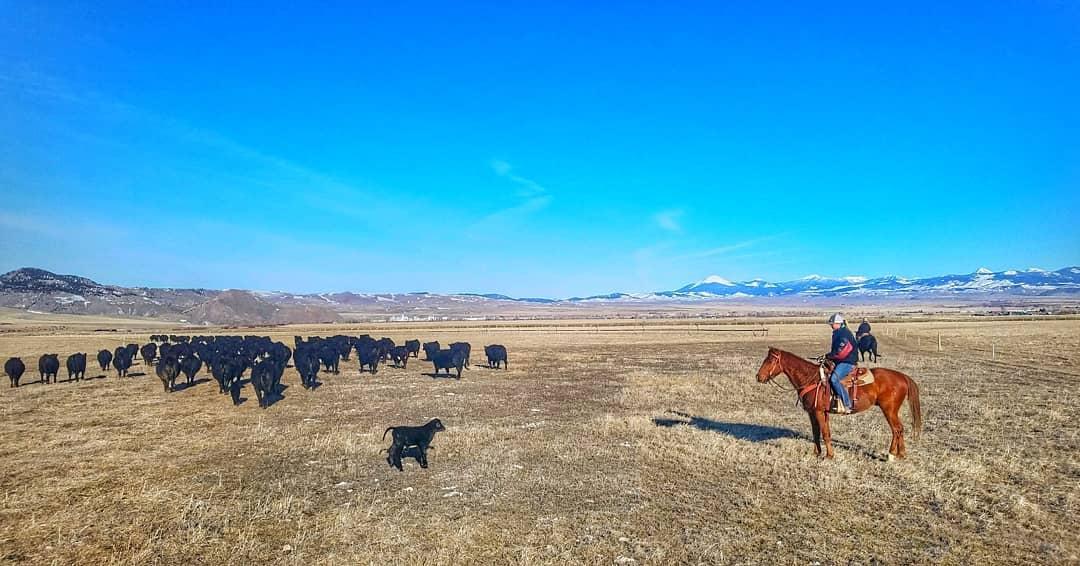 A student and colt getting used to cows. Photo courtesy of the Montana Center for Horsemanship.

Not unlike the NFL draft, the organizers, Montana Western and Montana Center for Horsemanship, made the decision to take the auction and sale online. Rivers West Auction Service in Arlee, MT was called on to manage the sale and bidding turned out to be brisk, with serious horse buyers bidding online from all over the nation. Cal Erb, one of the original colt donors says he was pleasantly surprised at the national interest and participation even at this time of crisis. 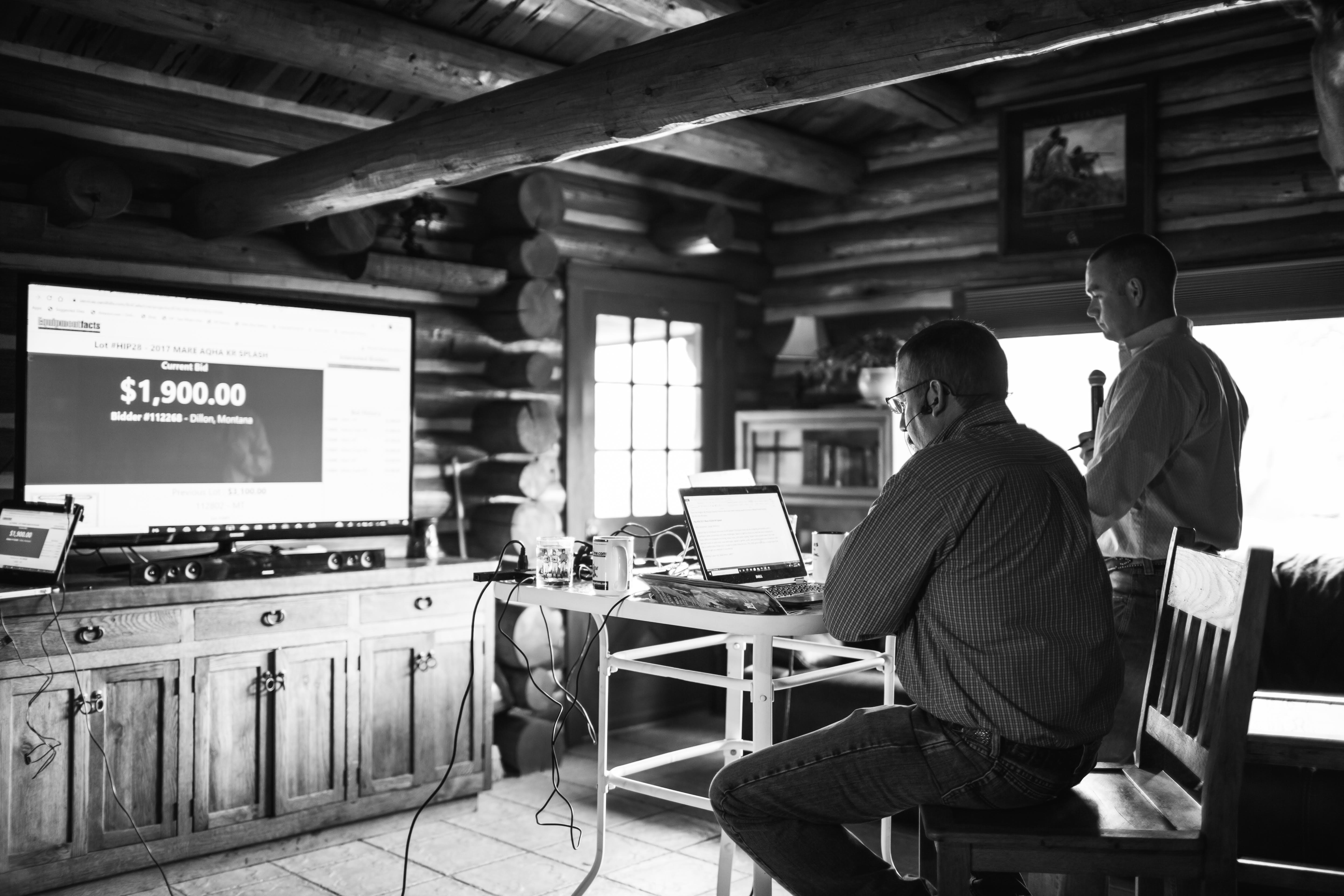 In the end, there were bidders from 27 states, as far east as Pennsylvania and Florida, all the way west to California, Oregon and Washington. There were 231 bidders and many more following live online. Cal and his wife Brooke Erb are committed to the Natural Horsemanship Program and say they love helping to fund the program, which encourages many young people to go to college who might otherwise not, and he appreciates the exposure for their horses. As Erb says, “The horse industry has grown a lot because of recreational interests and this program helps to support that.”

When the Colt Sale ended, in under three hours, more than $135,000 had been raised from this online event. The net proceeds will go towards class costs and scholarships. The Director of Horsemanship for MCH, Eric Hoffmann says, “The auction was a great success because of student dedication and community and national support of the sale. It’s a true team effort and a major commitment to education and community collaboration.” 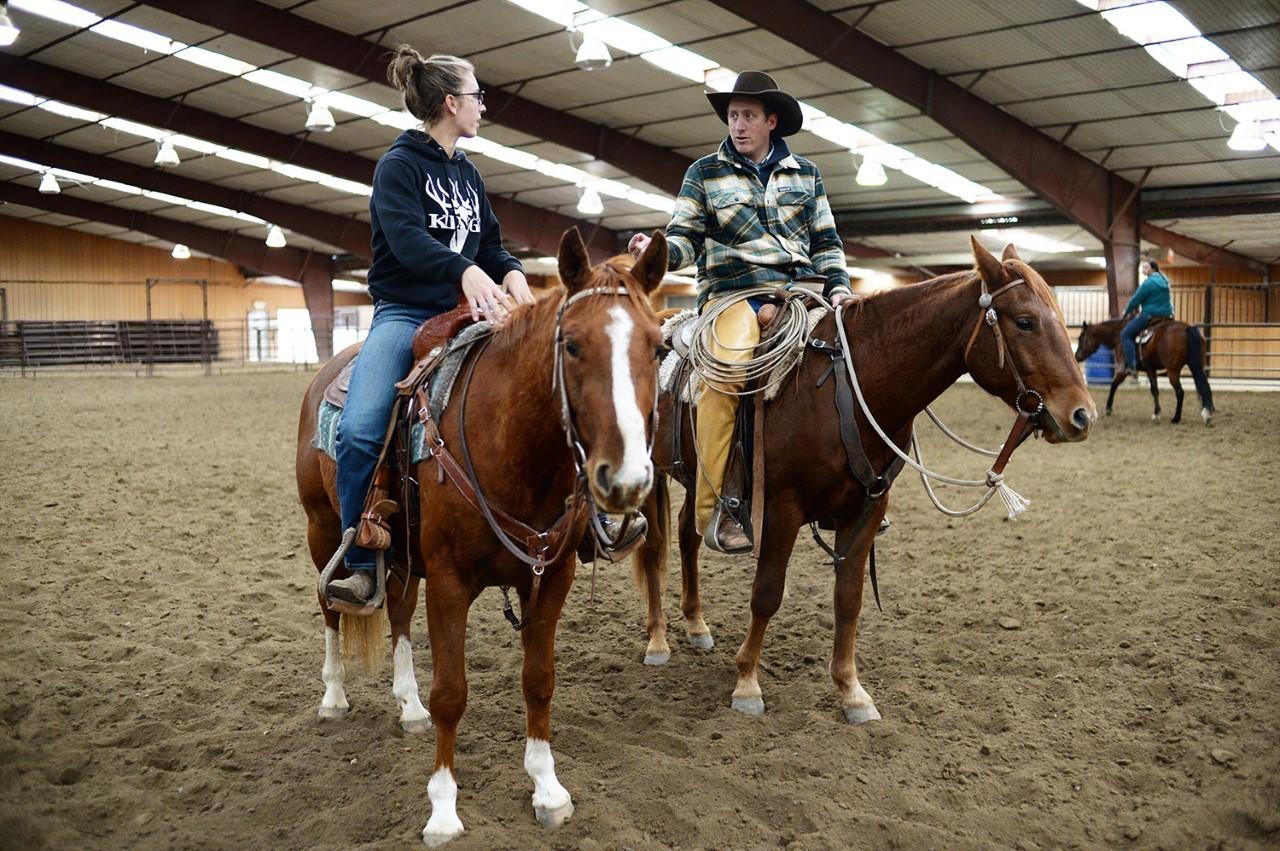 Roxanne Engellant, Director of the UMW Foundation says, “We are grateful for the support of our colt donors and bidders.”

Verna Holland, who with her late husband Chad, has been donating colts from the Holland Ranch from the very beginning and are lifetime members of AQHA, says they love being part of the Natural Horsemanship program and the Colt Sale because “we love the horses. Our feeling is this is a better way to train. The program is teaching students and future horsemen and horsewomen to work with the mind of the horse, more than the muscle,” adding, “the horse talks to you, you have to teach the human to communicate, to read a horse; this program helps to encourage that.”

Stan Weaver, of the Weaver Quarter Horse Ranch, another ranch that donates colts, says this is a real tribute to the Natural Horsemanship program of UMW & MCH. “The colts sold really well, even though bidders could not see them perform in person and they sold well based on their reputation.” Weaver adds, “That says a lot for the program and people want to support the program but also, people want to ride good horses. Good horses always sell well.” 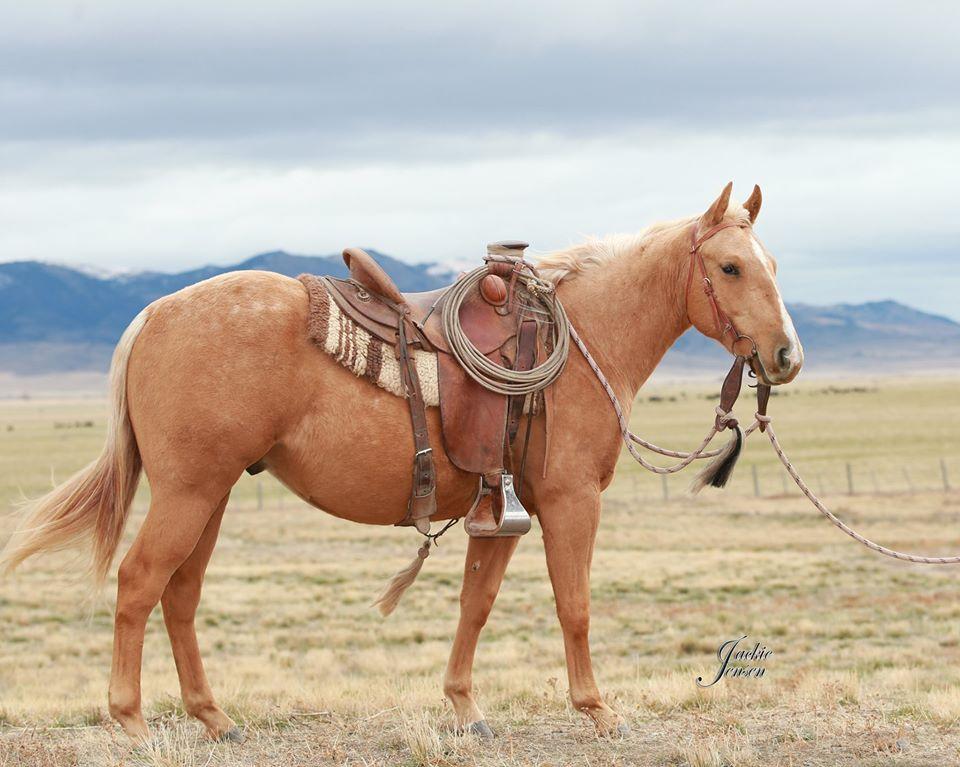 Weaver’s Perk n’ Broke, one of the high selling colts this year. He was donated by the Weaver Quarter Horse Ranch. Photo courtesy of the Montana Center for Horsemanship.

All the donors agree, this program offers students interested in horses and horsemanship a better way to learn, to train and to communicate with horses. With people staying so close to home because of the health crisis, many of the bidders were anxious to contribute and support young people and education. According to Janet Rose, Director of Development and Communications for the Montana Center, “This is about the future – supporting future horsemen and horsewomen, future equine veterinarians, students who will pursue agricultural and other horse-related industries. It connects the dots between the horse world, natural horsemanship, an exemplary education and natural horsemanship studies.” 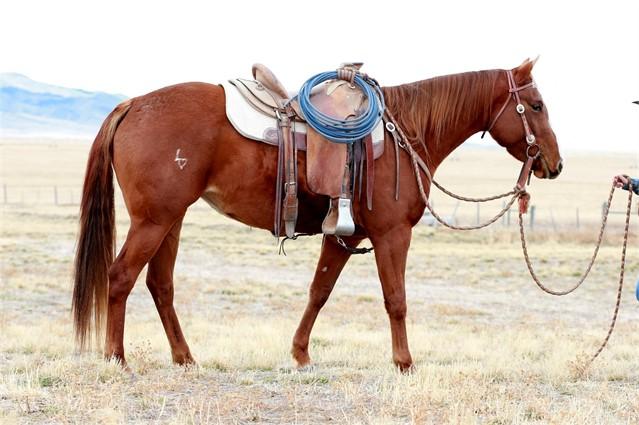 Dashing with Nitro, one of the horses in the colt sale this year. Photo courtesy of the Montana Center for Horsemanship.

In normal years, the Colt Sale would be a two-day event with students featured in a live, in-person horsemanship competition, during which students showcase their progress with the colts in a ranch riding pattern. Since last September, the students have worked with their colts exposing them to everything from the trail to the mountains, from the arena to cows. They get exposed to dogs, tarps, a wide range of conditions and experiences, anything that a horse might encounter in the real world.  But when the Coronavirus crisis hit, the coordinators realized that having an in-person, public event wouldn’t work; that’s when they took the unprecedented action of taking the auction to the Internet. Everyone involved with this special event meanwhile, is hoping that next year, the health crisis will be over, and the live, in-person event can be held at the Montana Center for Horsemanship in Dillon, Montana.

At the close of the online auction, some horse owners were already on their way to the La Cense Ranch in Dillon to pick up the horses they had just won, to take them home and continue their education. As some of the bidders said, it was a great way to take their minds off the health crisis, to help students advance, and to give back to their community, whether it’s Dillon, Beaverhead County or Montana, and to think about a brighter future in the days ahead.