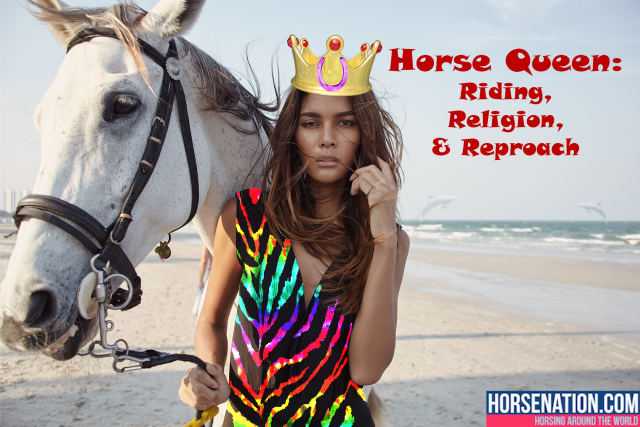 Hey, all you cool colts and fillies. If you couldn’t get enough of Tiger King and you love horses, you’ll be thrilled to hear that Netflix is expediting the post-production on its docuseries Horse Queen. 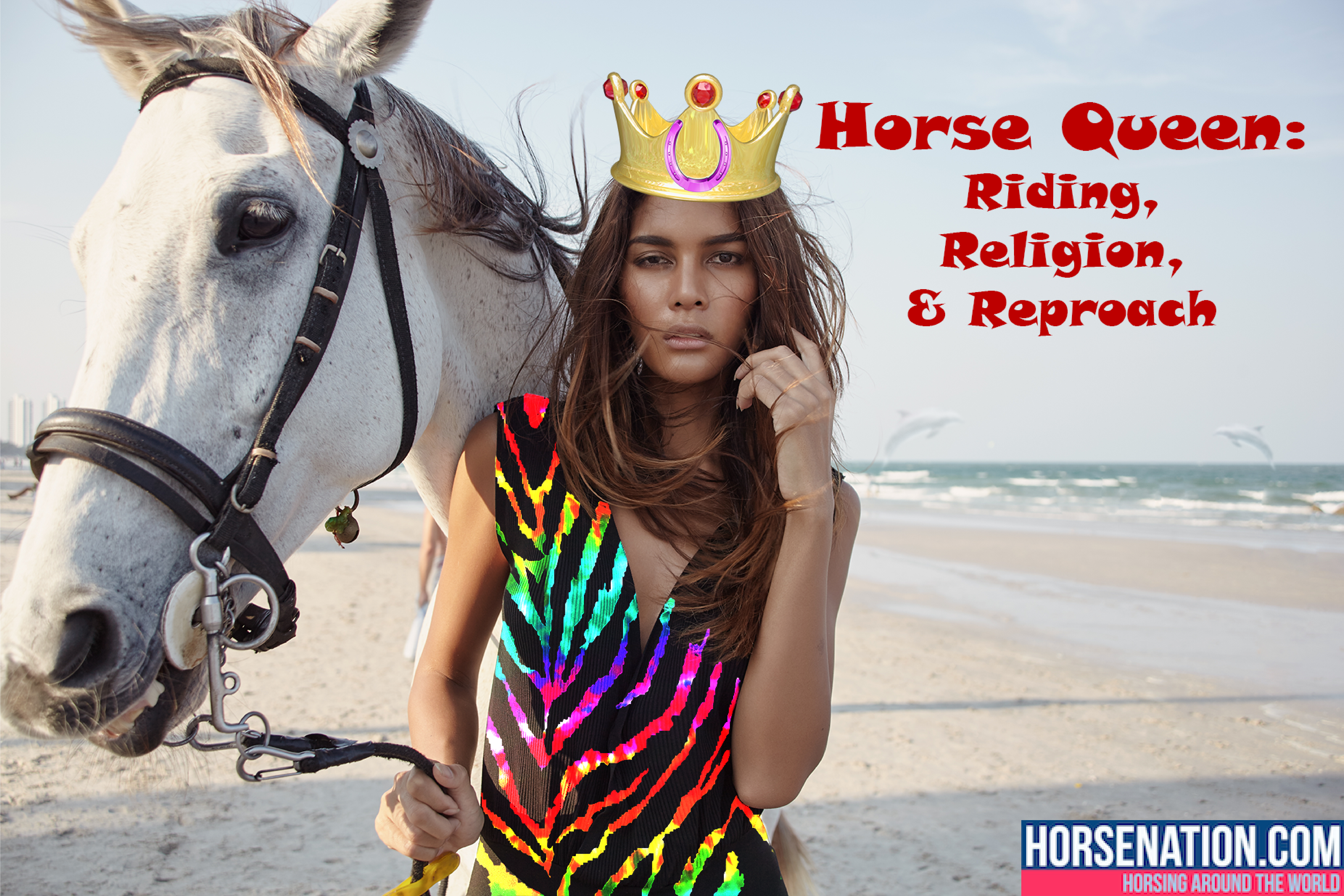 That’s right! In the wake of the unexpected success of Tiger King and in an effort to provide house-bound viewers with more in-home entertainment, Netflix is expediting post-production on a new nine-episode docuseries called Horse Queen: Riding, Religion and Reproach. Producers Eric Goode and Rebecca Chaiklin — the dream team who introduced the world to Joe Exotic, Carole Baskin and “Doc” Antle — have already finished filming Horse Queen and had plans to release it next spring. However, they’ve decided to move up the timeline to give viewers what they want: true crime, scandal, conspiracies, ample fodder for memes and, of course, horses.

Although there are plenty of horses, Horse Queen will appeal to a wider audience than just horse-lovers. The tangled web that the people in the docuseries weave will shock and enthrall you from the first episode to the last. In the same way that Tiger King centers on Joe Exotic and the intriguing characters with whom he surrounds himself, Horse Queen brings you into the wild world of Sandie “Equys” Holtz.

Sandie Equys uses the draw of horses to bring people to what she calls “the ranch,” but uses the teachings of her self-founded religion to keep them there. From unsuspecting beginners just looking to take lessons and learn a little bit about horses to vagabonds to convicted felons, Sandie Equys keeps people on her multi-acre property in a series of make-shift shelters, convincing them that their unpaid work and her questionable equine management are for the good of horses everywhere and will ensure salvation.

The scandal doesn’t stop there. Amid rumors that Sandie’s ex-husband was composted in the manure pile along with horses whose best years were behind them, local authorities are constantly trying to catch Sandie and her followers doing something for which they can be put behind bars. However, tip-offs and bait-and-switch routines leave neighbors, well-meaning civilians and law enforcement officers wondering whose side everyone is on.

The plot is further complicated by Sandie spearheading the opening of branch campuses of her church and stables and establishing multiple non-profit organizations, behind which many of her unethical businesses practices are hidden. Throw in a good-old-fashioned feud with a former follower that leads to arson, brawls and convictions, and this is one series that will have you glued to your screen with your jaw dropped. 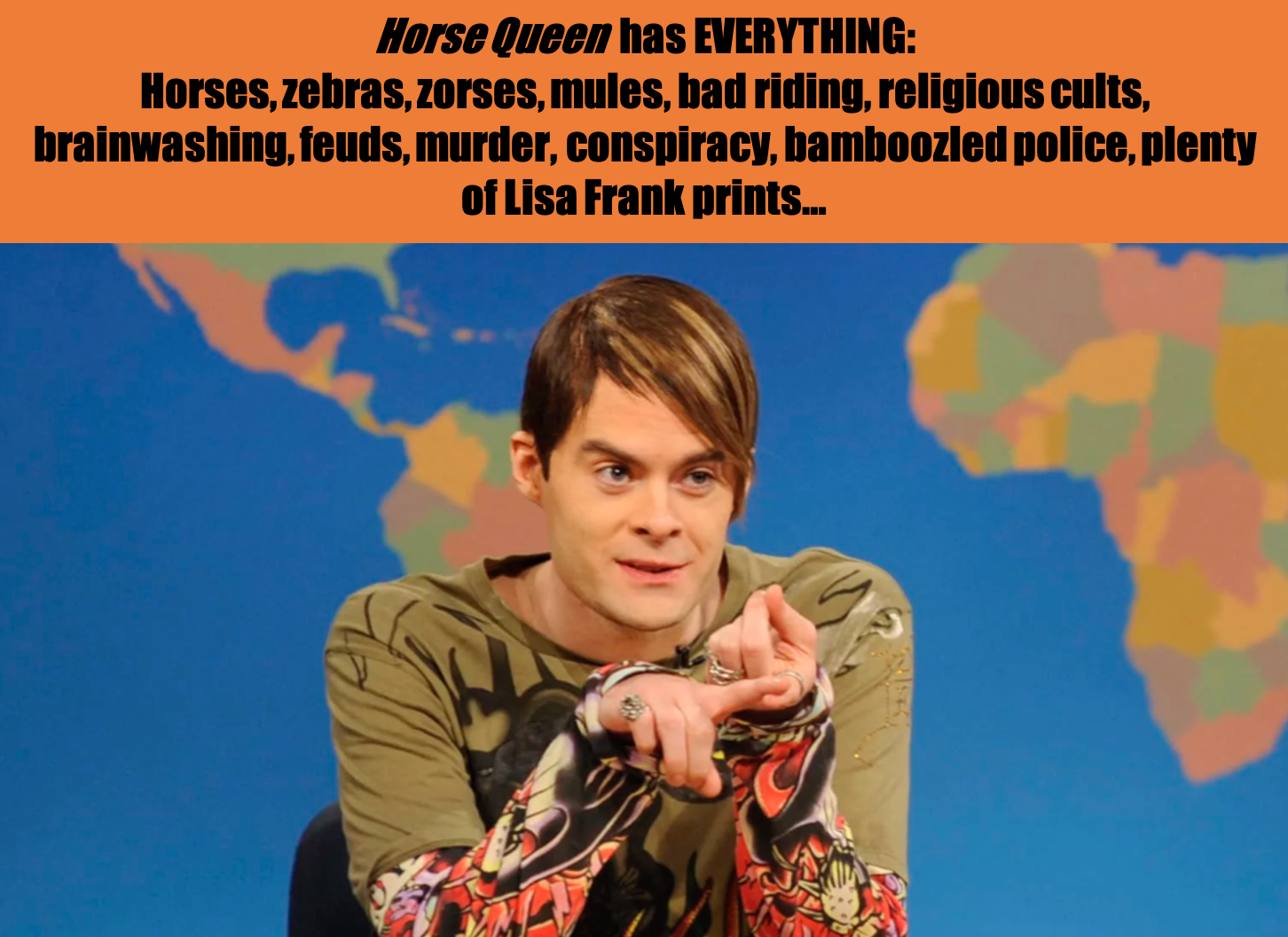