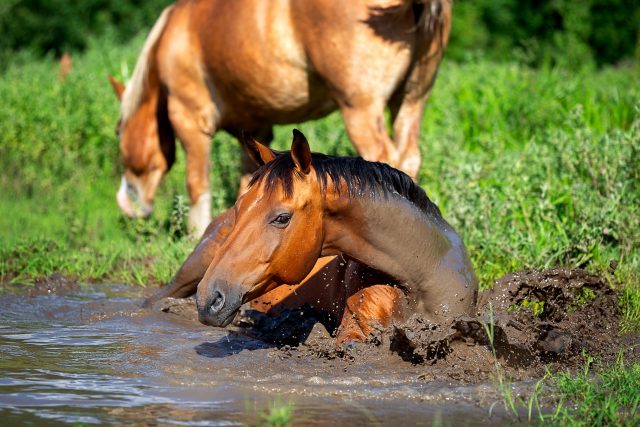 As mud season reaches its stride, horses are adapting to it in unexpected ways and many horse owners are coming up with new ways to capitalize on the mud. 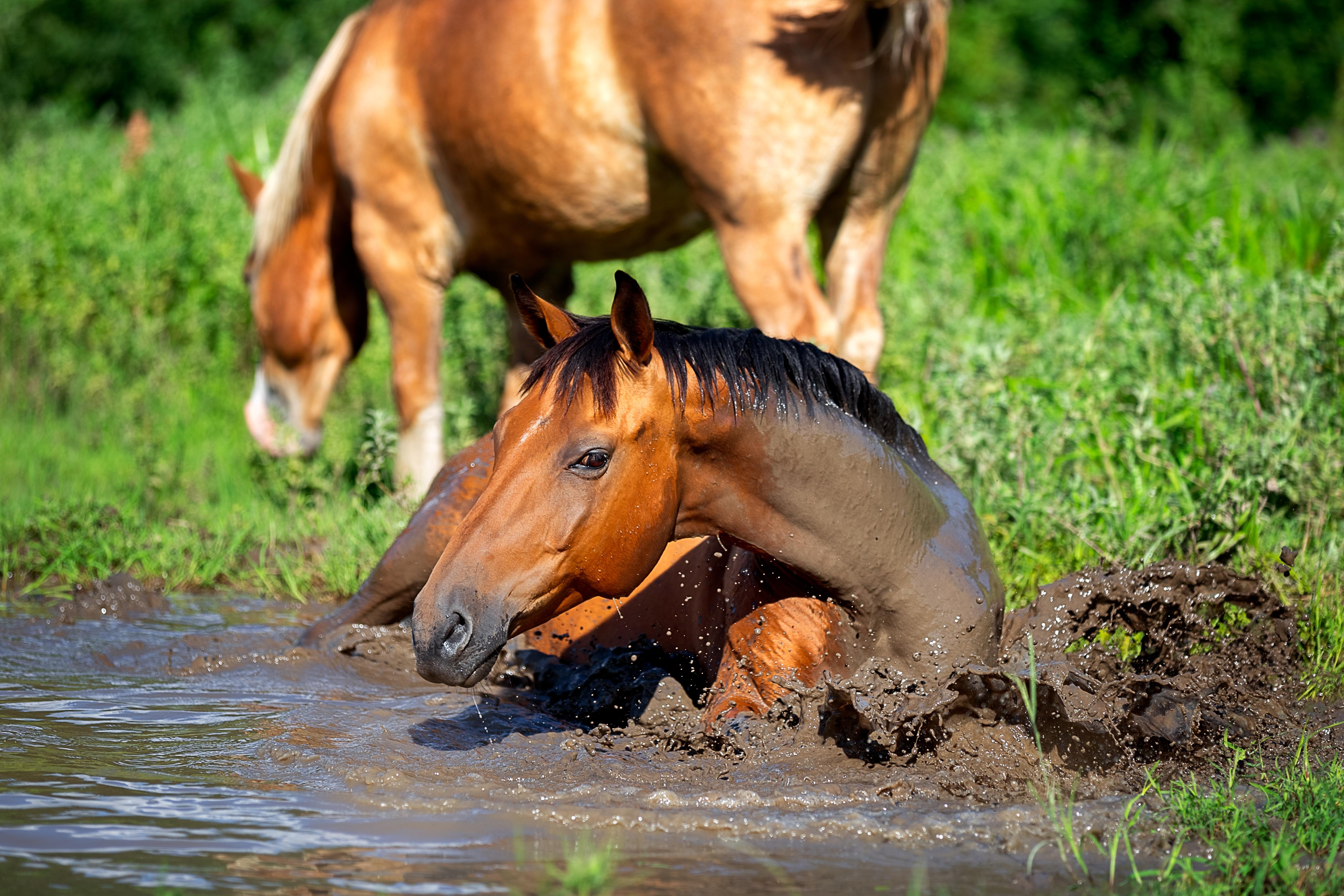 When you think of an equestrian facility, you likely picture large rolling hills carpeted in thick green grass. But if you own horses and you live in the Northeastern United States, you likely have pastures that resemble the trash heap from The Fraggles. It’s not easy keeping things green in the Mid-Atlantic in the spring.

Some horse owners in states like Pennsylvania, New Jersey and Ohio are embracing the muddy mess. They are letting their horses enjoy the mud. Some have even taken up mud wrestling with their horses, saying, “It’s like liberty work, but dirty. Really, really dirty.”

Others have started doing spa-influenced mud treatments with their horses. The thinking apparently being that if it’s good for my skin, it must be good for my horse’s skin. Some owners are even envisioning horse-rider spas opening up across the country, where you can go to get pampered with your horse. One budding entrepreneur said, “Think about how much we equestrians spend on our horse’s physical well-being; hooves, braiding, clipping, PEMF, massage, chiro. Maybe riders would pamper themselves a bit more if they could do it with their horses…” This author is particularly enjoying the mental image of a rider and a horse, both wearing fluffy white robes, sitting in a Turkish-style bath house.

Race trainers have always accepted that horses love the mud. You hear expressions like, “That one’s a mudder!” all the time on the track. But the rest of us often struggle in vain against the mud in the springtime. We try to keep our horses’ hooves dry to no avail. We try to keep our horses from looking like the Swamp Thing, but everyday we go outside and see them dripping in mud.

A researcher at a major northeastern university thinks that if we embrace the mud, then we may be able to create an amphibious horse-like creature. Think of the Hippocampus from Greek Mythology, or a giant equine version of a Mudskipper, or its Pokemon equivalent, Mudkip.

Doc Metamorphosis reports that keeping horses in excessively muddy paddocks could potentially lead to horses sprouting gills. He states, “If horses are kept in deep mud, they will have to assimilate to their new surroundings, and they may acquire gills to help them breathe through the mud.” 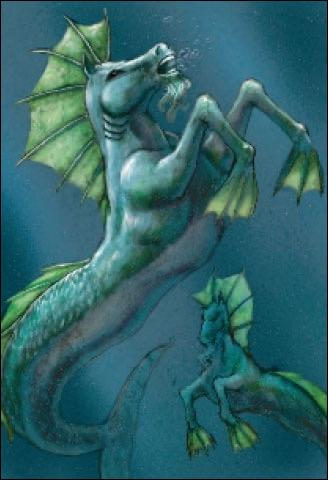 Another change he says we could be seeing, if our horses are allowed to wallow in the mud like pigs for months on ends, is that our horse’s hooves could turn to webbed structures to help them move more efficiently through the mud. This author would personally hope that eventually horses could transform to have a fish tail like a Hippocampus, because who doesn’t want a mermaid-horse, but, when asked about this, Doc Metamorphosis reported that he believes it is unlikely that horses would develop a fishtail unless they are forced to live in excessively aqueous areas.

So as March turns to April, and April showers bring muddy, messy pastures. Keep an eye on your horses’ hooves and necks to make sure that they are not morphing into amphibians. And set aside some money to take yourself to a pony spa this summer. Treat yourself!