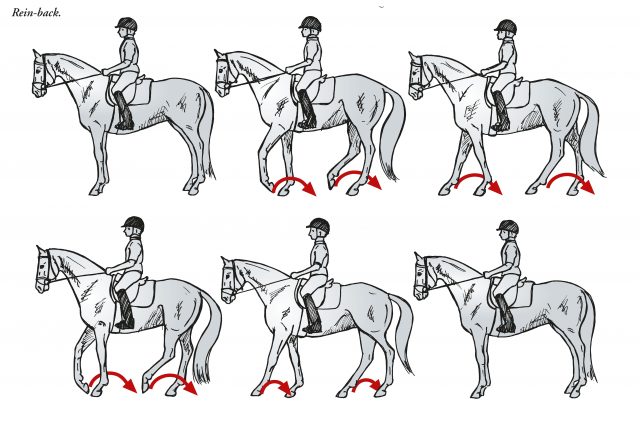 In this excerpt from The Principles of Riding, the classic book from the German Equestrian Federation (FN), we learn what makes for a correct rein-back and how to correct common rider mistakes that lead to issues in the movement.

When performing rein-back, the horse moves backwards with each diagonal pair of legs in unison. The diagonal steps are in the same sequence of leg as in trot, but without the moment of suspension. Therefore, as with trot, the footfall of rein-back is referred to as steps. The horse should step back willingly, markedly and on a straight line, with even steps. The horse’s feet should be lifted actively off the ground and set down backwards. This can only be achieved when the rider manages to have a controlled driving influence, even when going backwards. The rider’s aids are comparable to riding half-halts, which means that the horse is ridden into the sustaining or lightly asking hand, from back to front, with weight and leg aids. This is then followed by a giving rein aid. 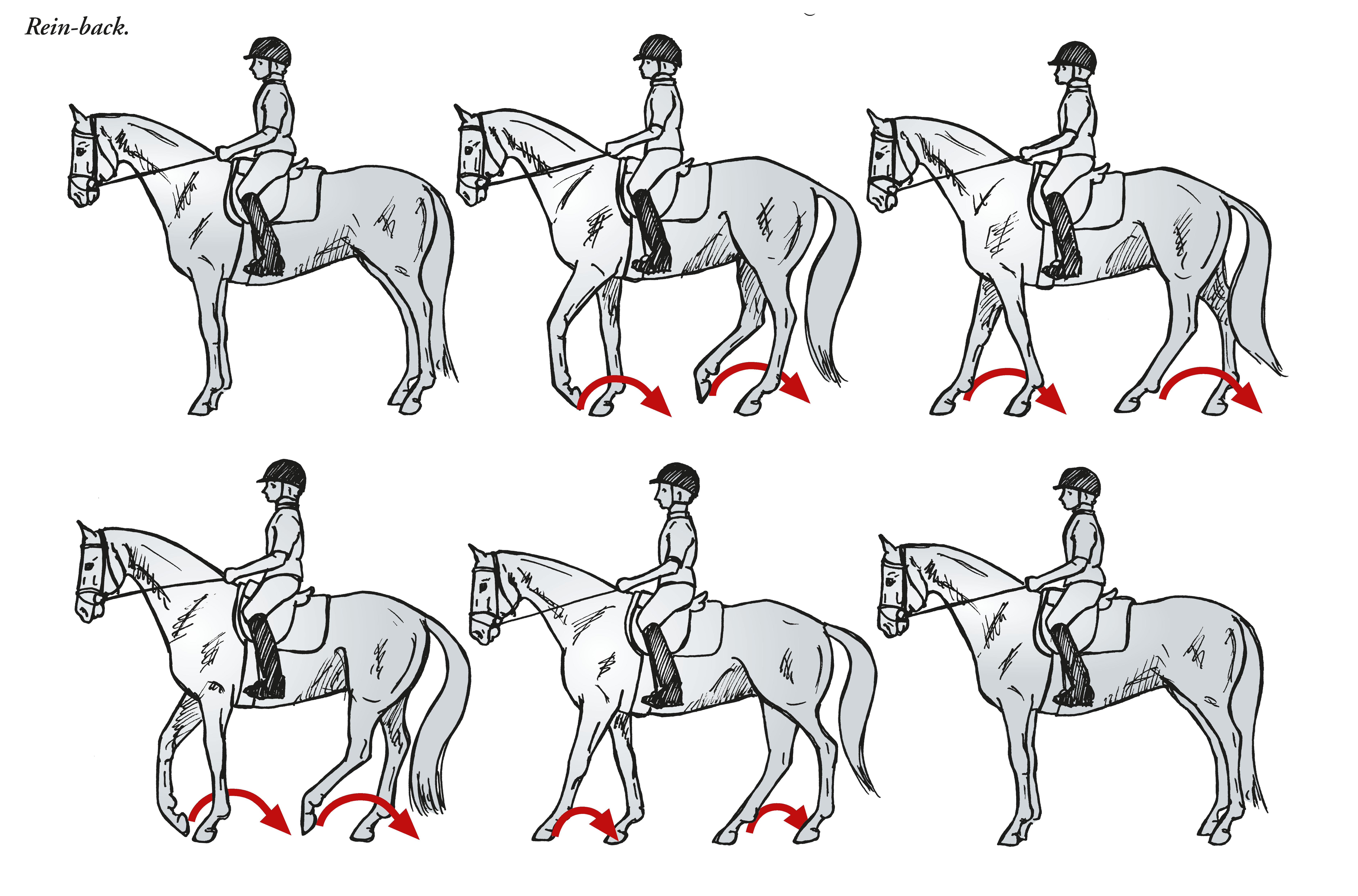 Specifically, rein-back is ridden with the following aids, with the precondition that the horse is in a square halt on a straight line. 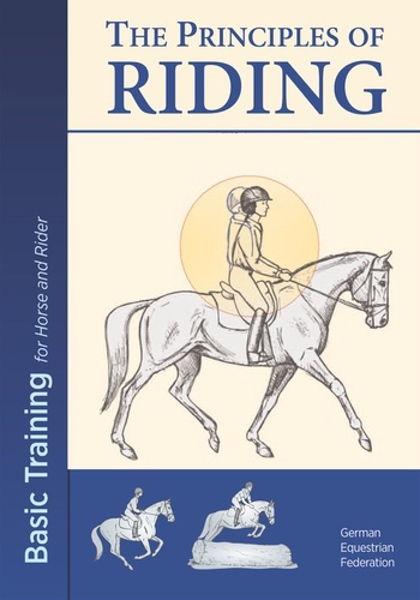 This excerpt from The Principles of Riding from the German Equestrian Federation is reprinted with permission from Trafalgar Square Books (www.horseandriderbooks.com).