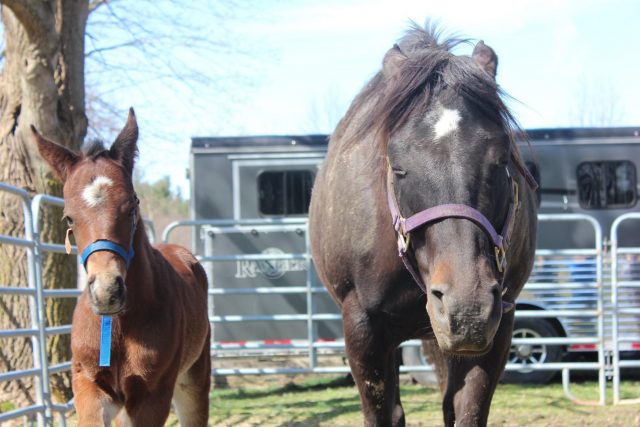 I spent 11 months waiting in anticipation for the birth of my mare’s foal. Now reality has reared its ugly head. This foal is the reason prayer chains get sent around in your social media PMs. Quite frankly, I think she may need an exorcism.

Awe, foaling. Such a beautiful process — that’ll be a hard no for me! I mean, okay, the first one was peachy. The entire process went so smoothly for that one. First, I didn’t even know my mare was pregnant until month ten (I purchased her not knowing I was getting a two-for-one deal) and second, she foaled so quick in the middle of the night that I missed the birth. And that foal, she came out, so kind and loving. She was so affectionate toward people and so so easy to teach. 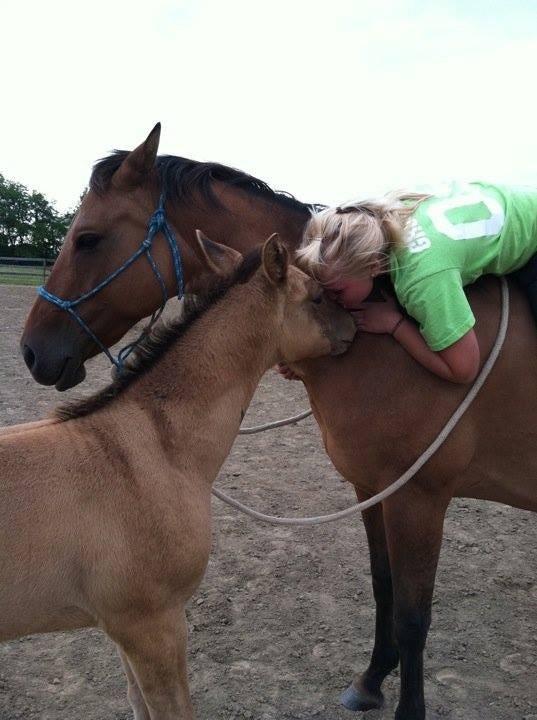 My first foal. Loving and sweet. Photo by Marlee Fritz.

Fast forward several years later, once I became more established. I felt that I was ready to have another. THIS IS ONE OF GOD’S MOST CLASSIC TRICKS THAT HE PLAYS! He gives you a sweet and mellow first baby and then, boom, the second one comes and it’s the spawn of Satan. I can not express how true this statement really is. I’ve heard many mothers say it but I just laughed it off — I’m paying for that. The second foal I decided to add I believed would be a great addition to my herd. She is a hellion and I should have known she would take the personality of a demon when I watched her kicking inside the womb so hard that it knocked her mother off her feet.

I thought I was so well prepared. I was ready to imprint and teach her to lead and tie as soon as she hit the ground. Now I’m sitting here laughing at myself. This foal was a trouble maker in the womb, all through labor and now she’s wreaking havoc as her days pass by here on earth. 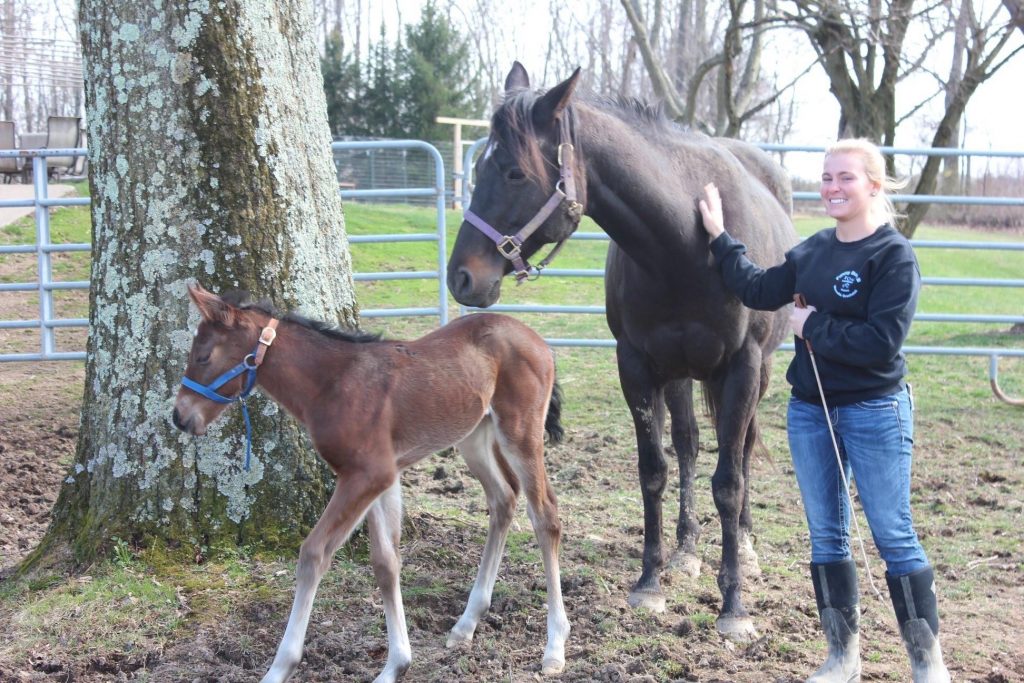 My current foal is like, “peace out.” Photo by Alicia Johnson.

Oh the laboring process. How excited I was to see what the color and sex of the foal would be. My mare laid herself down and I was ready to watch what I thought was going to be an uncomplicated process. I thought my mare was going to breeze through the process as my last one did, but this foal had another plan.

After 20 minutes of laboring, only the two feet had come out — together, side by side. I was starting to get concerned so I gave the vet a jingle. She stated that the foal should come out with the legs staggered and the head in between in order to allow the shoulders to pass. Long story short, the vet asked if I wanted her to pop over to aid in the complicated birth. In my head I was thinking, “Of course. I can’t even remember my name right now I’m so nervous, let alone how to maneuver the foal to get her to come out correctly,” but all that came out was, “Yes, please.” 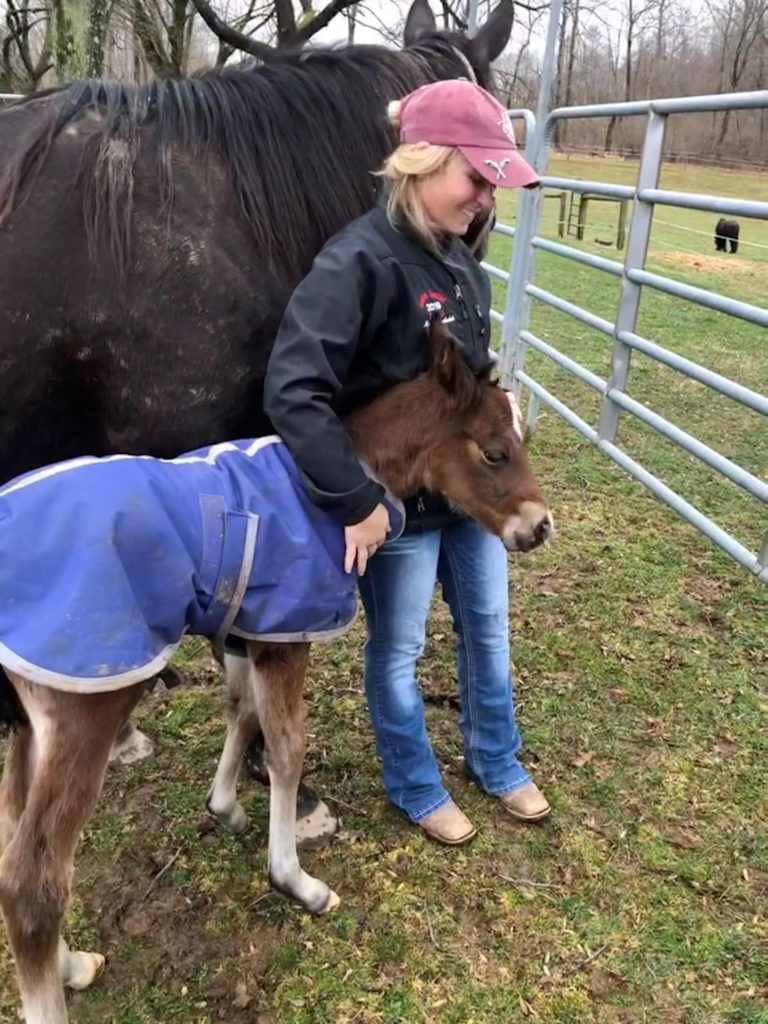 Day one. I haven’t been able to get this cuddly since. Photo by Marlee Fritz.

The vet was on her way. In the meantime, the sack broke and we had to pull out the baby. And when I say we, I had no part in the matter. Two good friends, who are also barn personnel, pulled out the foal. Me, the nurse, I was so nervous I got tunnel vision, heartburn and didn’t even know how to speak. I was being a complete sissy while my friends removed their shirts and got down and dirty.

The foal was out, the vet arrived shortly after, and everything was going smoothly. The foal was sweet as ever and I’m thinking, “Yes! This next few years are going to be magical.” GOD WAS UP THERE LAUGHING AT ME! 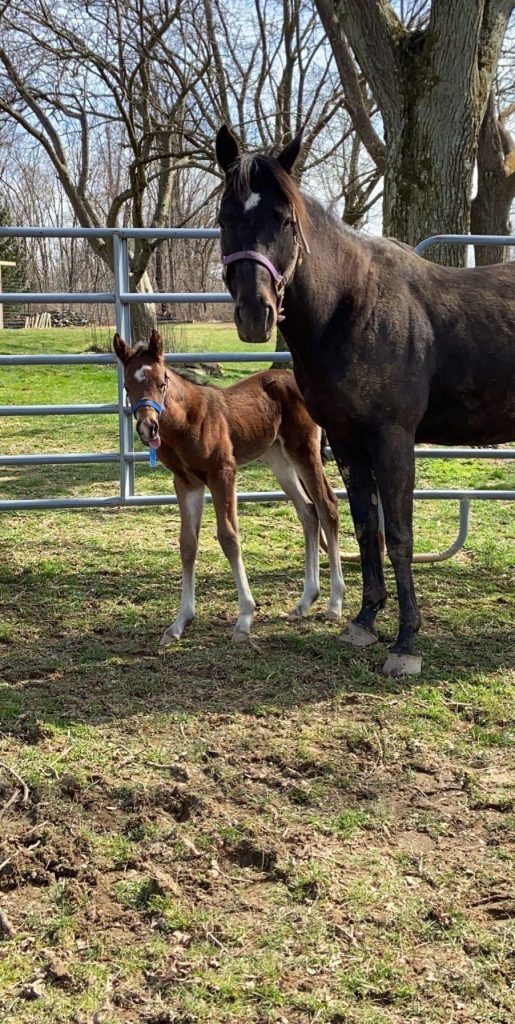 Starting day two until now — it’s only been approximately one week since the she devil has made her arrival. I have had a never ending bout of heartburn and have been extremely close to screaming for my mommy when she’s nowhere close to my location. This foal came out of the womb and she is large and in charge. Catching her in the stall is worse than trying to tie a hog in the mud and leading her is like when the dog takes you for a walk. 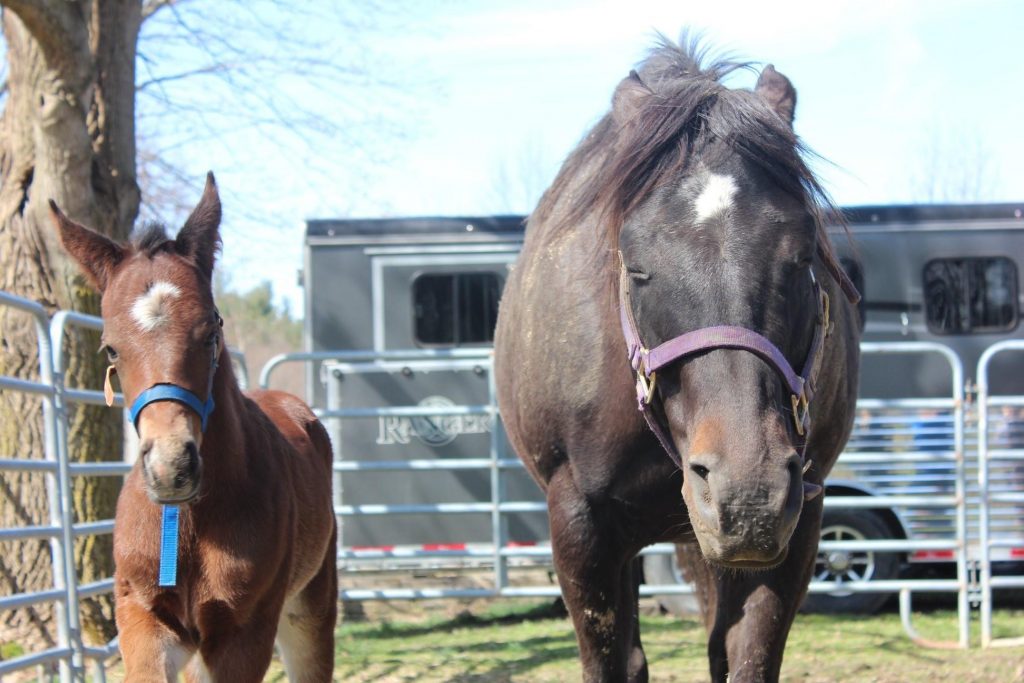 She is the wildest beast that not even my nightmares could make up. She is probably more feral than the wild ponies on Assateague Island and no matter how much I try to work with her and teach her, she just ain’t havin’ it.

Every day is the same thing. Work with the foal — for like three 10 minute increments — go home, take Tums and ice my body. The vet said for me to make sure not to pull on her face to try to lead her, use pressure from behind to get her to move forward. Little does she know, that is not our issue. I use my arm as a fence against her chest to try and ease her up so I’m not using pressure on the face just yet, but this little demon drags me up the driveway to their pasture, bucking and rearing the entire way.

Since she’s been born I’ve been trying to come up with a name for her. It started out with names such as Daisy or Anabelle, but quickly turned to options such as Lucifer, Satan, Demon or Hellion. The little ball of fire needs a strong name that really shows off her personality. While she may look like a little angel from a far, I can assure you she is hell on four very long legs. The little dragon has been a constant reminder to me that I know absolutely nothing about horses. I thought I was pretty knowledgeable but I need to go back to the Kindergarten class of horse training and handling. 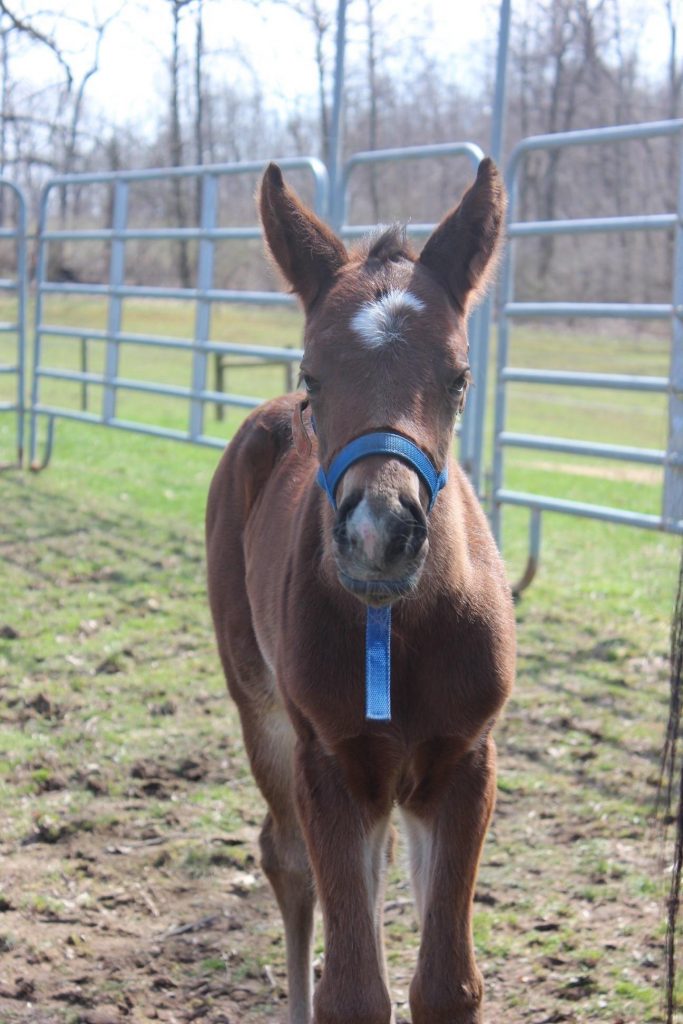 Basically what I’m trying to get across to y’all is, if your first foal is everything you’ve ever wanted and was extremely easy to train and you’re thinking about breeding for another, get that thought out of your head and go buy yourself a nice two-year-old.