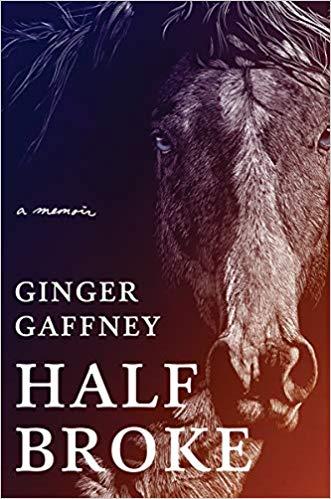 “This review is a snap — if you never read another memoir or horse-related book, read Half Broke.”

I don’t inflict a lot of memoirs or “horse story” books on myself. I admit that I am jaded. Enter Half Broke by Ginger Gaffney. This review is a snap — if you never read another memoir or horse-related book, read Half Broke.

Ginger Gaffney is a schooled writer, horse trainer, clinician, rider-trainer and, in my opinion, a master observer. She was asked to help the tooth-bearing, ear-pinning, predatory gang of horses tended by the Livestock Team of resident “multiple offenders and felons” at an alternative-prison ranch in New Mexico. As a memoir, Half Broke is a “peeling off” of emotional bandages – for her, for the raw souls of the inmates and for the horses. Is Half Broke a literary work? A horse rescue/training book? A flayed exposure of the human side of drug addiction? Yes . Breathe y’all, you won’t be left writhing in sorrow. Ginger rescues us with hope, some successes and gentle lessons that can guide us to be more effective listeners and observers of our horses. 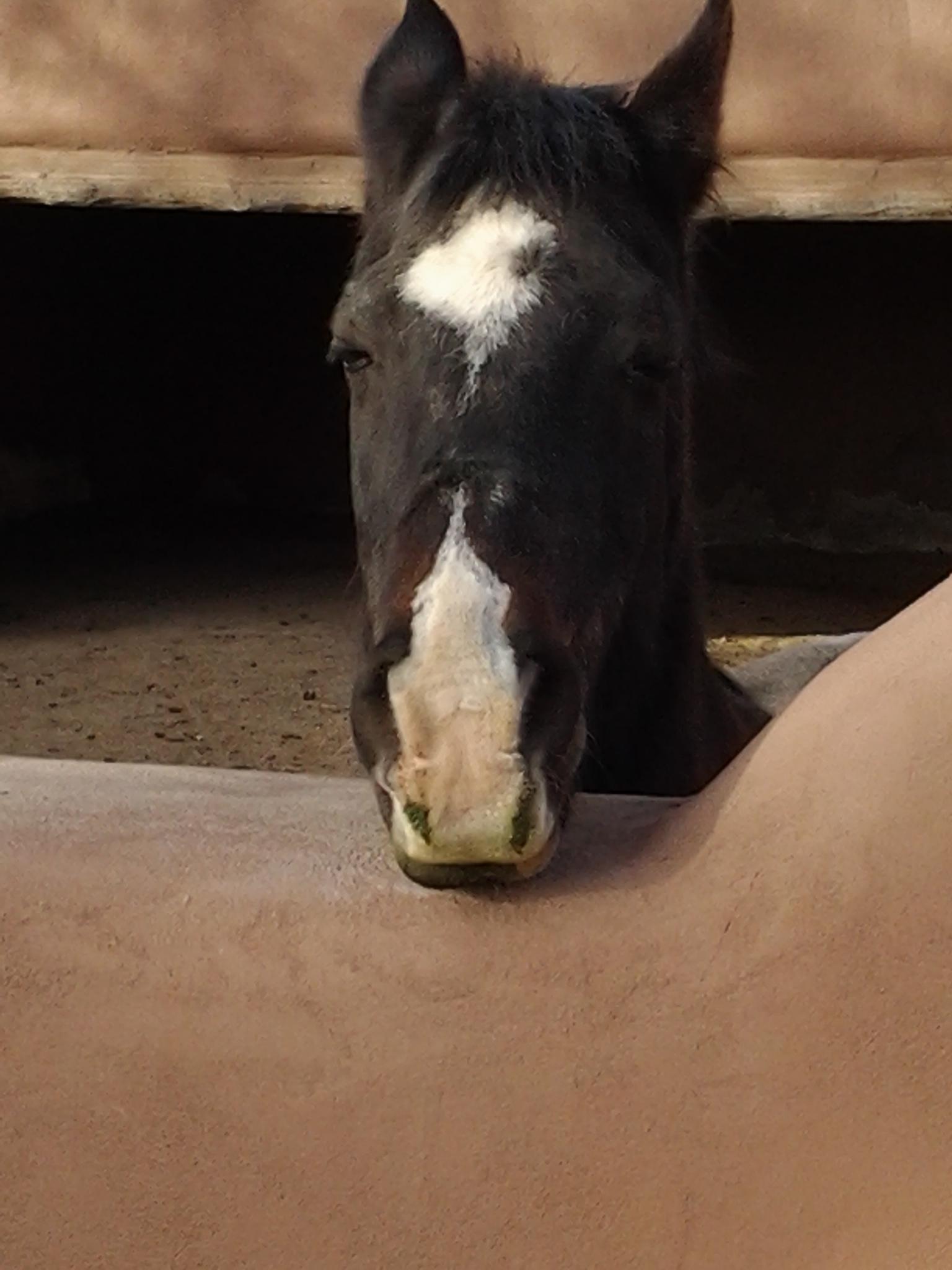 One of the Half Broke horses: Willie, a 22-year-old Arabian. Photo by Ginger Gaffney.

I don’t know if the writer of The New York Times review of Half Broke is a horse person. I focused my assessment and interview of Ginger on the mirrored responses and behaviors exhibited by both the drug-addict inmates and the horses in the incarceration and rehabilitation program at the ranch. My assessment is less of a literary critique than my enthusiasm for Half Broke as an honest, personal window to human and horse struggle.

Why the Title Half Broke? Ginger shared that neither the horses, nor the inmates (and I add nor Ginger) were completely broken beings. When we spoke, she addressed the old concept (and methods) of “breaking horses” in training. Episodes in her book show how “gentling” achieved with the patience to look for signals/body language builds more solid results with horses . . . and humans. 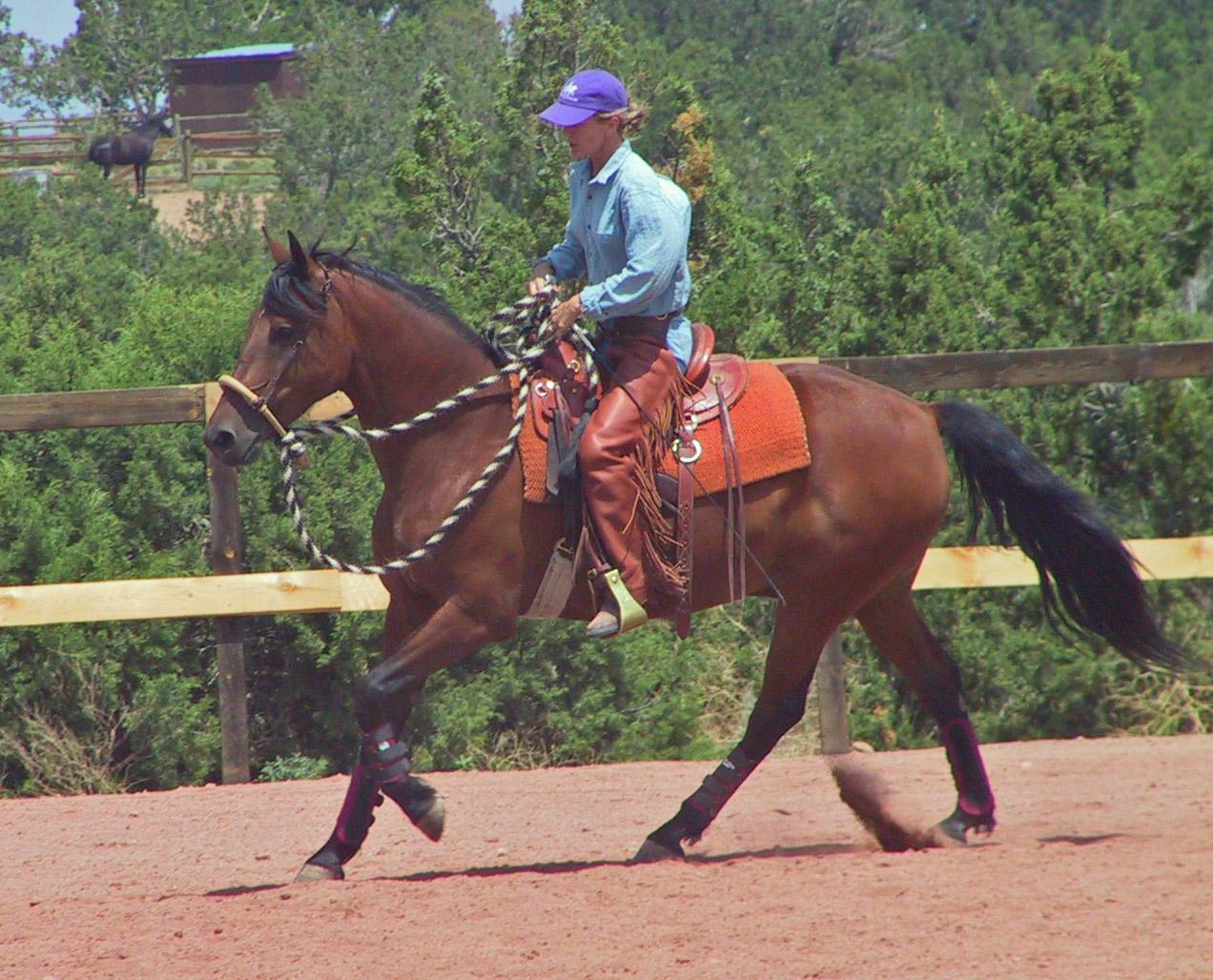 Ginger on Moo, one of the horses in the book. Photo provided by Ginger Gaffney.

Space: Per Ginger, the Livestock Team (LT) didn’t know how to release pressure on themselves or on the horses. The concept of releasing pressure is basic in equitation. Consider how vital the concept of space is to a horse . . . and to humans. Ginger guided the LT toward space to breathe — release – to crumble – in order to ferret out solutions to achieve wanted behavior for themselves and for the horses.

Givers and Takers: I was taken by our discussion of “takers and givers.” Ginger offered that horses are givers while addicts, by trade, are takers. In Half Broke, she scattered “knowledge breadcrumbs” to guide the LT toward discovering how to become givers to the horses and to each other. 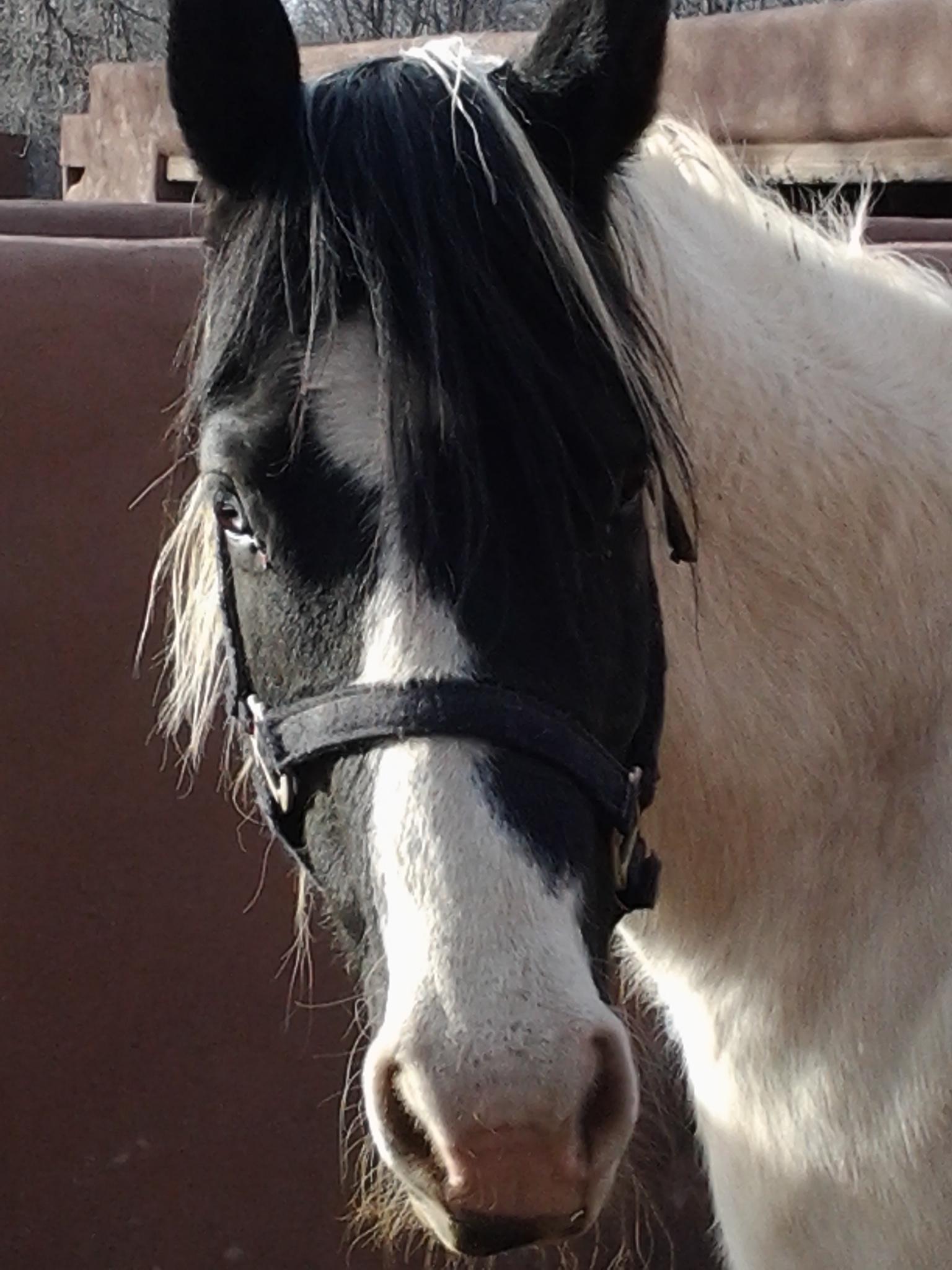 Another of the Half Broke Horses: Luna, a 6-year-old paint mare. Photo by Ginger Gaffney.

Language of Movement: Ginger explained her concept of the “language of movement” revealed in Half Broke. She shared that movement is essential to horses. Knowledge can come from watching horses . . . and humans move. Riding is a horse/human conversation. The movement of Ginger, the horses and the inmates of the LT were all part of the conversation.

The “Respected Trainer”: The chapter on her work with “The Respected Trainer” rang bells for me. When have we earned the knowledge and courage to trust our gut — to say “no?” I shared my regret over my wayward journey to learn to ride as an adult — revealed in my book Horse Sluts. Ginger offered that we riders need to make the gaffes and work through the conflicts to have a gut to trust. Mistakes teach us — to listen — to watch — to assess – to say “no.”

Half Broke is a basket of revelations. Both horse enthusiasts and/or those who simply enjoy a compelling read, Half Broke has a savory takeaway for both.

Learn more about Ginger Gaffney, Half Broke, book signings and interviews at gingergaffney.com. 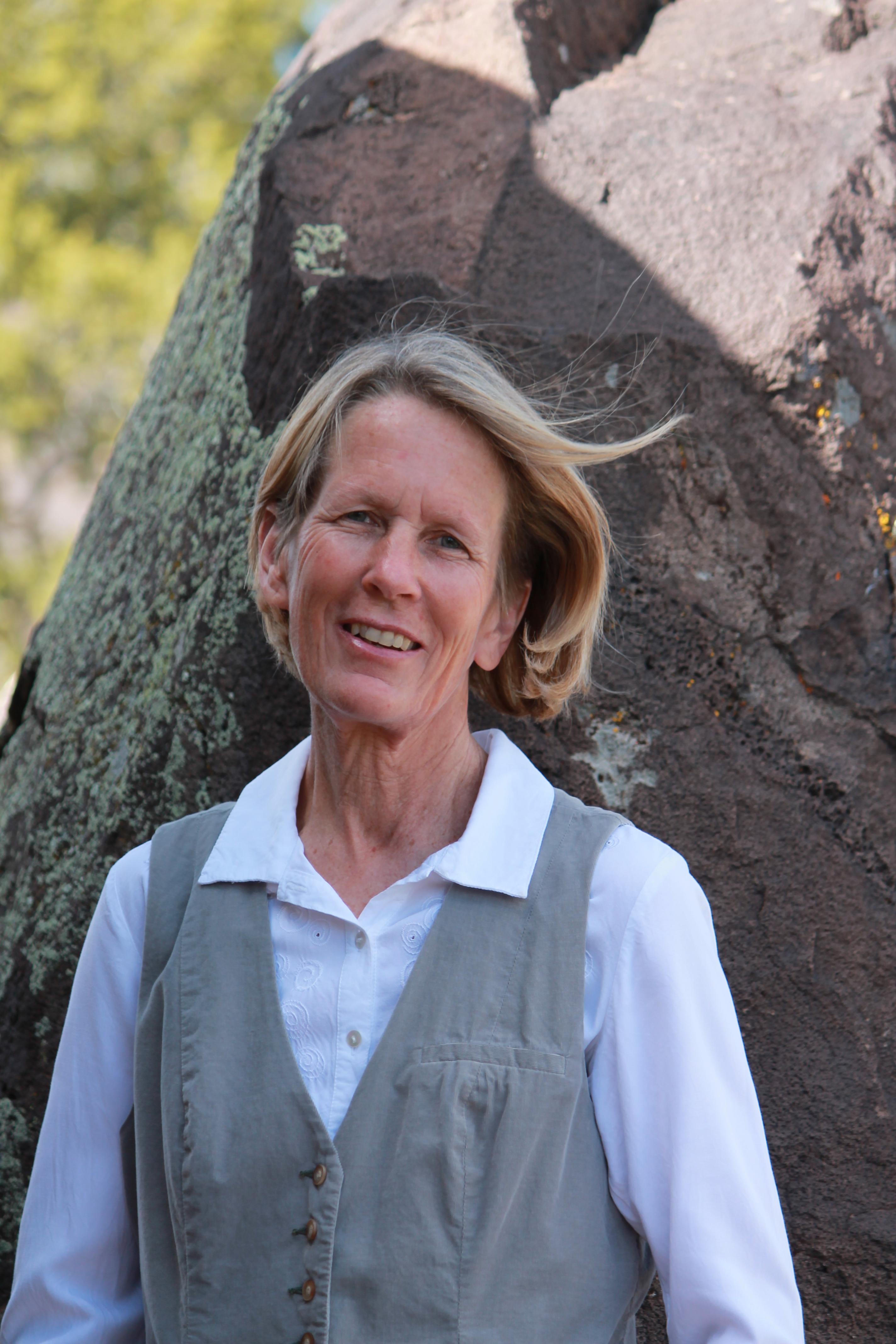