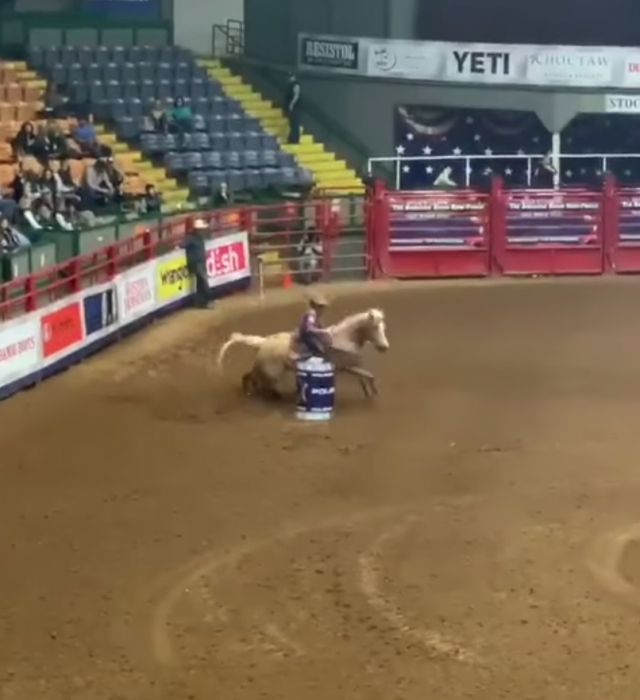 For this week’s Performance of the Week, we applaud barrel racer Jimmie Raelyn Smith and her horse, LenaOnTheRocks, who ran a 13.662 in RFD-TV’s American Rodeo barrel racing slack, securing a top spot in the semi-finals.

Smith will go on to compete in the performances portion of the American, where — if she performs well — she’ll have the chance to run in the finals at AT&T Stadium in Arlington, TX on March 7th and 8th.

Take a look at her smoking run here:

The American invites the top rodeo athletes in seven events from the PRCA to compete for a $2.35 million purse. However, according to the website, “anyone can qualify via the Semi-Finals and any contestant who advances to The American and out-rides or out-ropes the sport’s super stars is eligible for an additional $1 million bonus.”