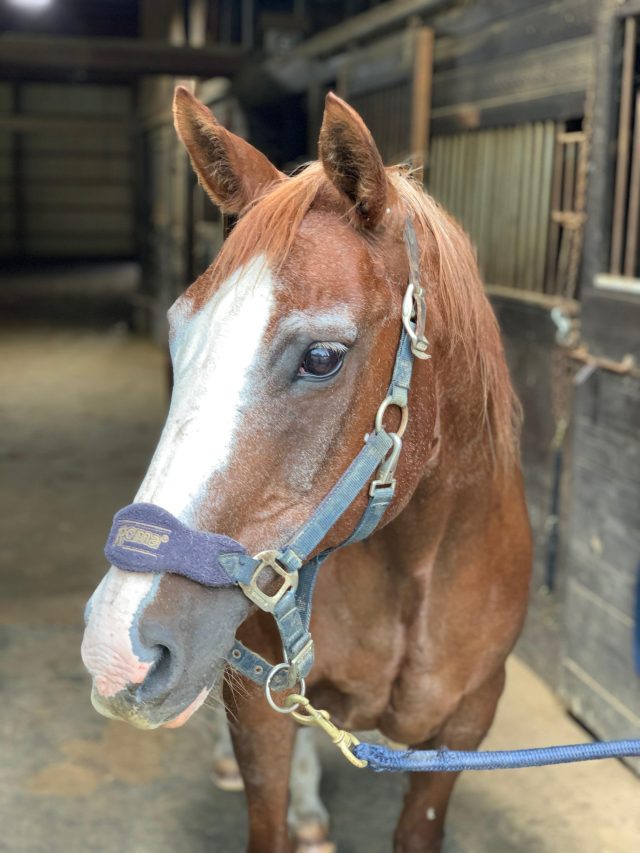 They say you can’t teach an old dog new tricks. But is this true of senior horses?

There is an old saying that you can’t teach an old dog new tricks. I am sure some say the same about horses. But why?

I can see how the phrase came to be. Even for us humans, it’s harder to teach new things to us as we get older. We get set in our ways. But does that mean that the saying is true and that we shouldn’t even bother to keep learning as we age? And should we also stop continuing our animals’ educations because they are getting a little white around the eyes?

No, we should not. Just because it may be harder to teach new things to a 20-year old horse as opposed to a yearling who is a blank slate does not mean it is impossible.

I currently own two horses. One is my almost two-year old Bugatti, who I have been training since owning her as a weanling. The other is my 20-something retired shooting horse Shelby. And although my focus has been on my youngster, I want to keep Shelby busy and in some sort of work. She deserves the attention and I think being out of work frustrates her as much as it frustrates me. 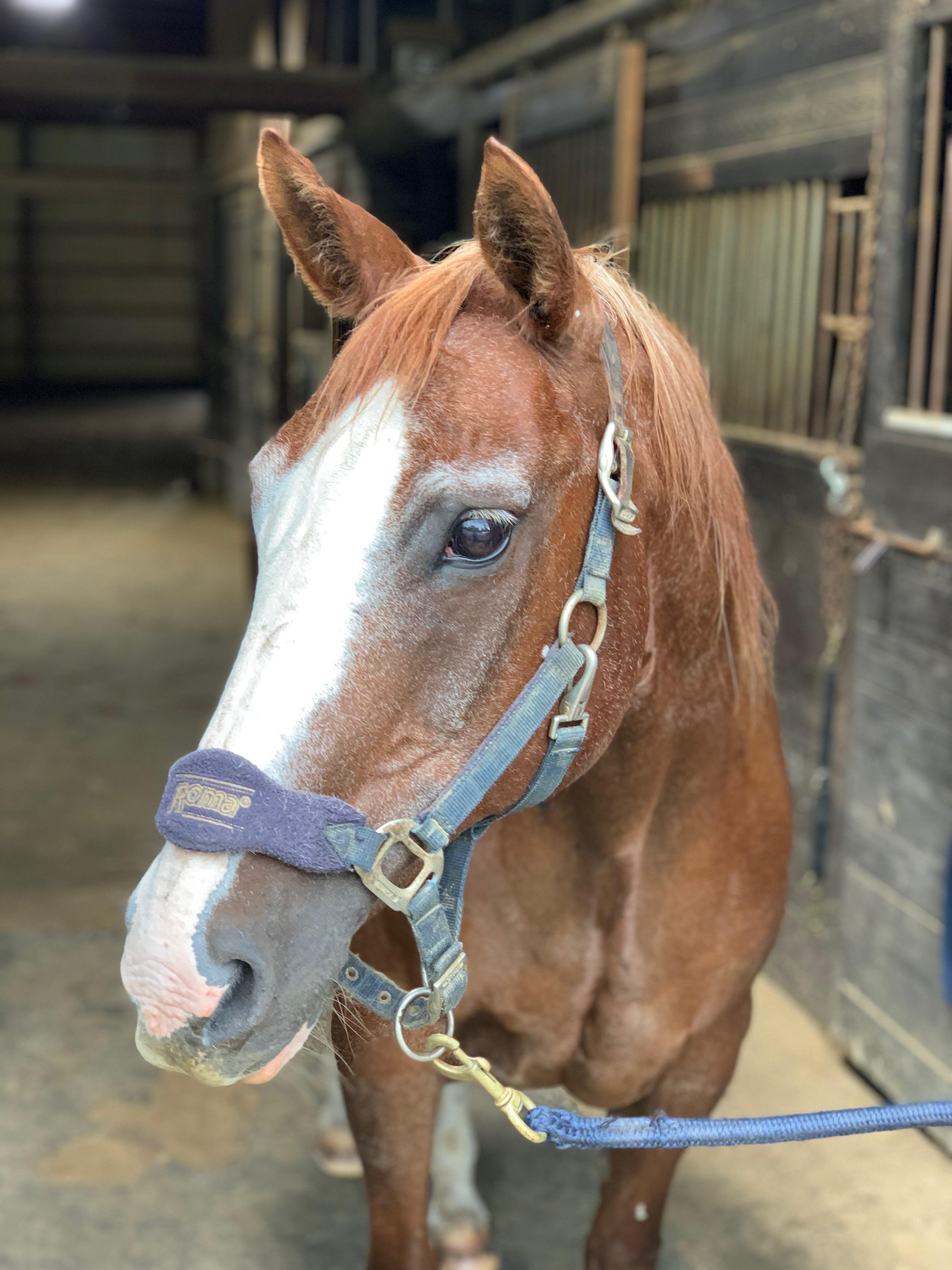 Shelby was officially retired almost two years ago after being diagnosed and treated for EPM. The symptoms never completely went away, and her occasional tripping makes it too unsafe to ride. Additionally, she was kicked in the face before the EPM diagnosis. That trauma has significantly changed her vision, causing my former bombproof horse to snort and spook at objects she wouldn’t have thought twice about before.

So not only do I have an older horse that I am teaching new concepts to, but also she has vision issues that make seeing my body language difficult. It has been an interesting process and there is such a contrast between the way I have to approach training each of them.

I am introducing liberty and solidifying groundwork with both, but Shelby comes into this with a lot of baggage and years of not focusing on this kind of work.

So far with Shelby, I have been desensitizing her to the whips and working on creating a draw, or getting her to come in toward me when I cue with posture or verbally. I use whips for cueing, and even though she never minded them previously, they seem to upset her when they touch her now because she can’t see them and they surprise her.

Positive reinforcement has been an excellent way to recondition her that a touch of the whip is not a scary thing. I will usually have her in a halter and lead and just rub the whips all over her, then click and treat when she shows signs of relaxation. Then I progress to cueing her shoulders to yield with the whip until she doesn’t mind it, and seems to be comfortable knowing it is just a new way I am communicating with her.

I spent a recent session with her doing exactly what I described above, and by the end of it I was able to get some draw from her at liberty, and even use the whips to guide her shoulders, which was huge progress!

Training new concepts with an older horse may take more time, especially if they also have vision issues, but it is not impossible. It can feel like an uphill battle, sure. Bugatti can learn something in one session that might takes me weeks to get out of Shelby. But having two horses that learn completely differently just makes me a better trainer overall, and they are both helping me find my way as I continue this journey of improving myself and my program.