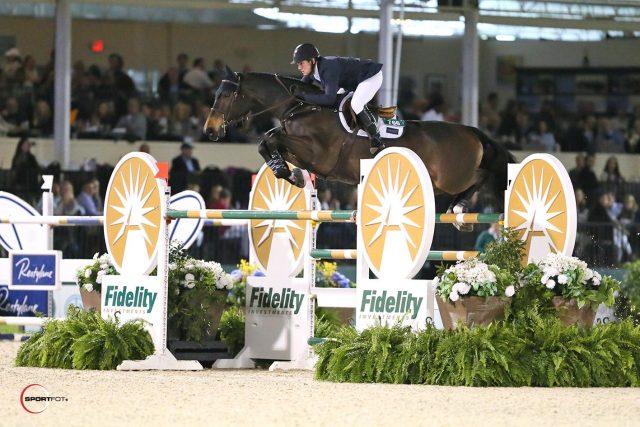 The competition featured 40 of the world’s best jumpers on the Anthony D’Ambrosio and Andy Christiansen designed first-round track. Twelve posted perfect rounds to advance to a jump-off. U.S. Olympic team silver medalist Kent Farrington and Gazelle sat in the leading position on a time of 39.51 seconds when Ward entered the ring. Ward and Noche de Ronda broke the timers double-clear and the ones to beat in 37.47 seconds.

“That’s about all Ronda and I had to give,” said Ward. “I think for any of us, at that level, when you get to go after the one that sets the time, you have a bit of an advantage. Normally, you come out by winning or crashing, one or the other. It all came off very nice and the horse really performed spectacular.”