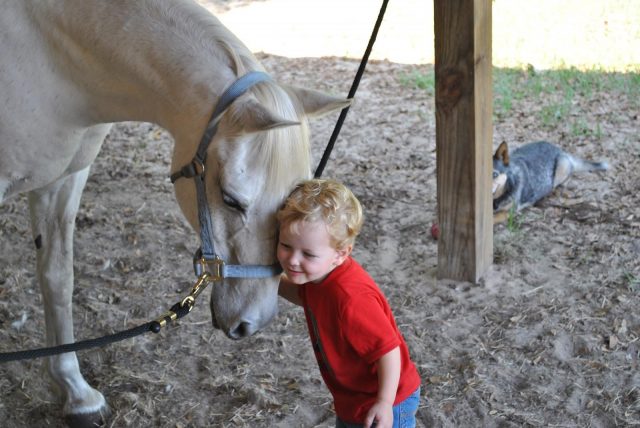 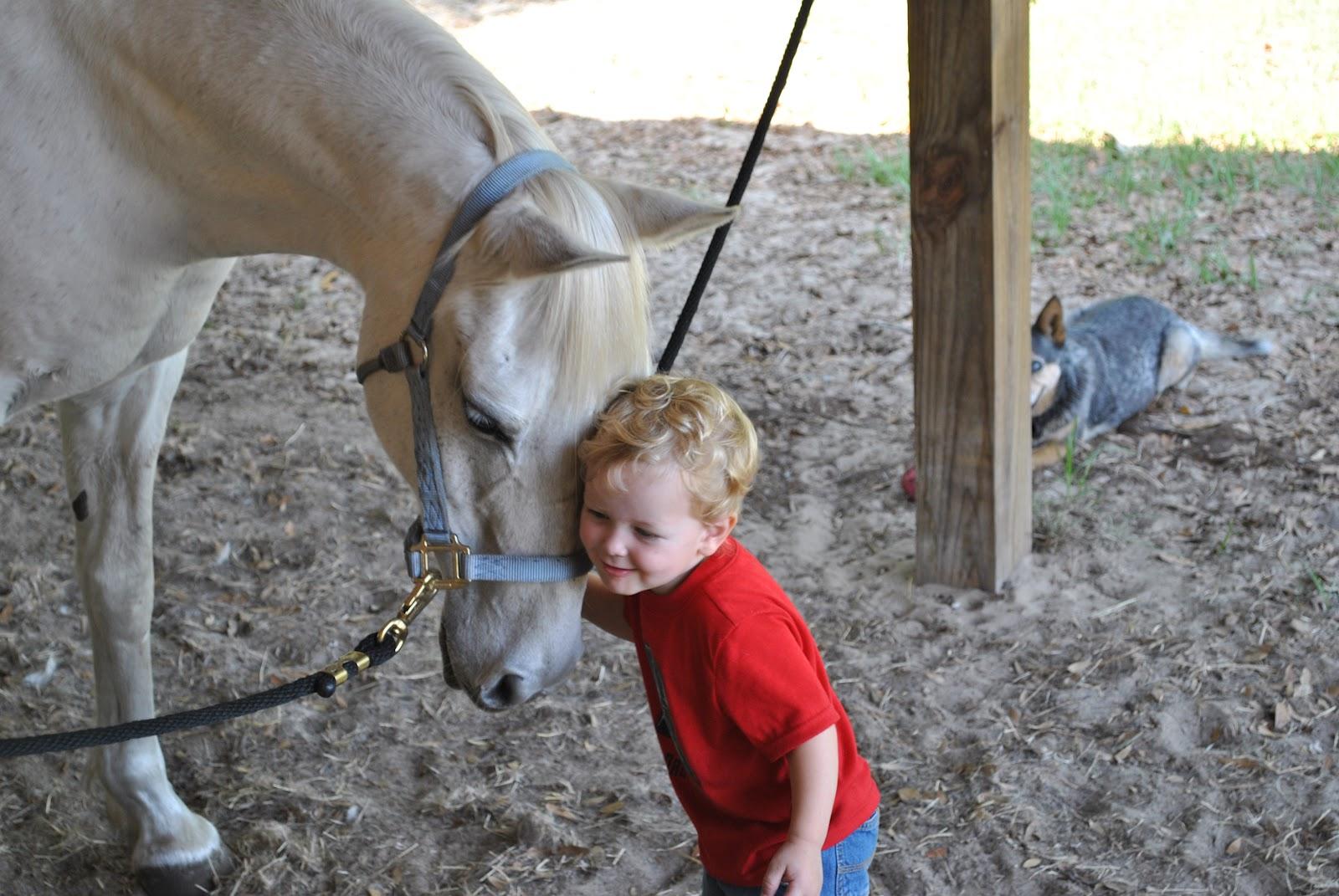 He was a working horse. His grey coat was white from age as he was saddled up every morning and tied to the hitching post to await passengers at a resort up north. His job was long and hard. He endured the annoying clumsy kicks and sudden yanks on his bridle from impatient green riders. Large and small, heavy and light, green and experienced: He carried them all through the prime of his life and beyond into his aged years. Sometimes, a timid little hand reached up with a treat or a pat. A wide smile on a young face when he lowered his head to sniff them. Finally, one day his weight began to drop and his ration would no longer suffice. A busy rental stable hasn’t the time to individually care for older horses requiring TLC. So, he was sold.

A mother and her two sons came for him. His new home had sparse pasture and his new owners knew nothing about caring for an older horse. In the harsh northern winter, he was turned out to fend for himself. Complaints about the “skinny white horse” caused him to be advertised as “free” on Craigslist to get rid of him quickly. After all, the boys had become bored of their new toy months ago.

His luck seemed to change. A knowledgeable lady saw his ad and picked up the skinny old horse. She fed him and watched his weight return a little, but his teeth needed work and he had digestive issues. More than she could afford with her own horses to care for. So, she appealed to her network of horse owning friends. A rescue a few states away offered to take him if he could be shipped. He was loaded and hauled south. He was fed well, but his teeth were still not looked at and his digestive upsets continued. Then, the rescue was folding due to the economy. All rescue horses had to go.

An inquiry from a family in Florida brought another trip in a trailer and another new start. Finally, he was evaluated and re-evaluated until his issues were sorted out. His digestive upsets were because his back teeth were worn down to stubs. They could not effectively chew hay anymore so the hay he was fed was causing persistent diarrhea, weight loss, recurrent choke and colic. The solution was no more hay. A senior feed with some water was his new diet, plus medicine for his melanoma.

Now he gained weight and held it. The burns down his legs from the diarrhea healed up. He stopped colicking and choking on his food. The new owners were a father and mother with a baby. They thought he was a dear old horse and deserved to be cared for in his twilight years after serving so long as a dude ranch horse. A quiet retirement; no riding, no work, just rest.

Then, one day, after a few years in his new home, he was needed. The baby was now a small boy ready for his first ride. The mother carefully saddled the old horse, checking and re-checking the saddle fit. A hackamore was used rather than a bridle because she noticed a melanoma lump on his lip where a bit might put pressure. The mother rode first, just walking, to see that he was safe. Then, the boy was hoisted up into the saddle peering excitedly from under his helmet. Cries of delight as the little boy clutched the old horse’s mane. After the brief ride, the boy stood in front of the horse and reached up to pat his chest. The old horse lowered his nose and the boy hugged his face. The old horse closed his eyes and held very still. The boy kissed him.

The mother worried about the old horse so no more rides. He was groomed and petted and the boy fed him treats, but no more riding.

Then, again, he was needed. The same thing happened. The boy was now able to sit in the saddle by himself while his mother led him around the farm. The boy exclaimed from the old horse’s back, “Wow! I can see the whole world!”. The old horse sighed happily as he gently carried his young charge. His eyes were bright and responsive. The mother noticed the change in his attitude. She saw contentment, calmness, and… a sense of duty? She had thought retirement was best, but this old horse didn’t want to be left out.

He was more affectionate whenever he had something to do. He was truly happier with a job. Maybe old horses, just like old dogs and even old people, don’t want to be forgotten or tucked away. They want to be part of a family. They want to be useful and needed. So, a little work for the old horse from now on. Only 30 minutes a few times a week. Or 10 minutes, if 30 is too much. A light rider (just walking is enough). A child to love him. Light riding, lots of grooming and plenty of treats should be enough to keep him happy.

Andy is our old horse and this is his story. This is how I learned that the best thing for an older, sound horse is to need them. Make them feel useful. And allow yourself to be humbled by their sense of duty.