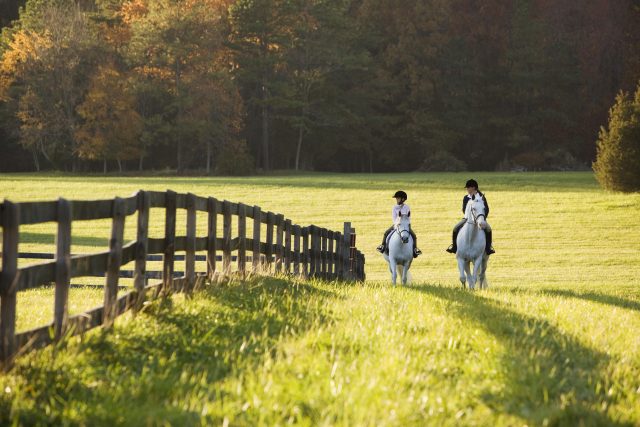 December 12, 2019DeAnn SloanReader Submission#LoveLanguages, #THE HORSES WE LOVEComments Off on I Got It From My Mother

“Only now, in hindsight, do I realize how blessed I was to have shared my childhood with horses and with a mother who cared enough to bring this blessing into my life.” 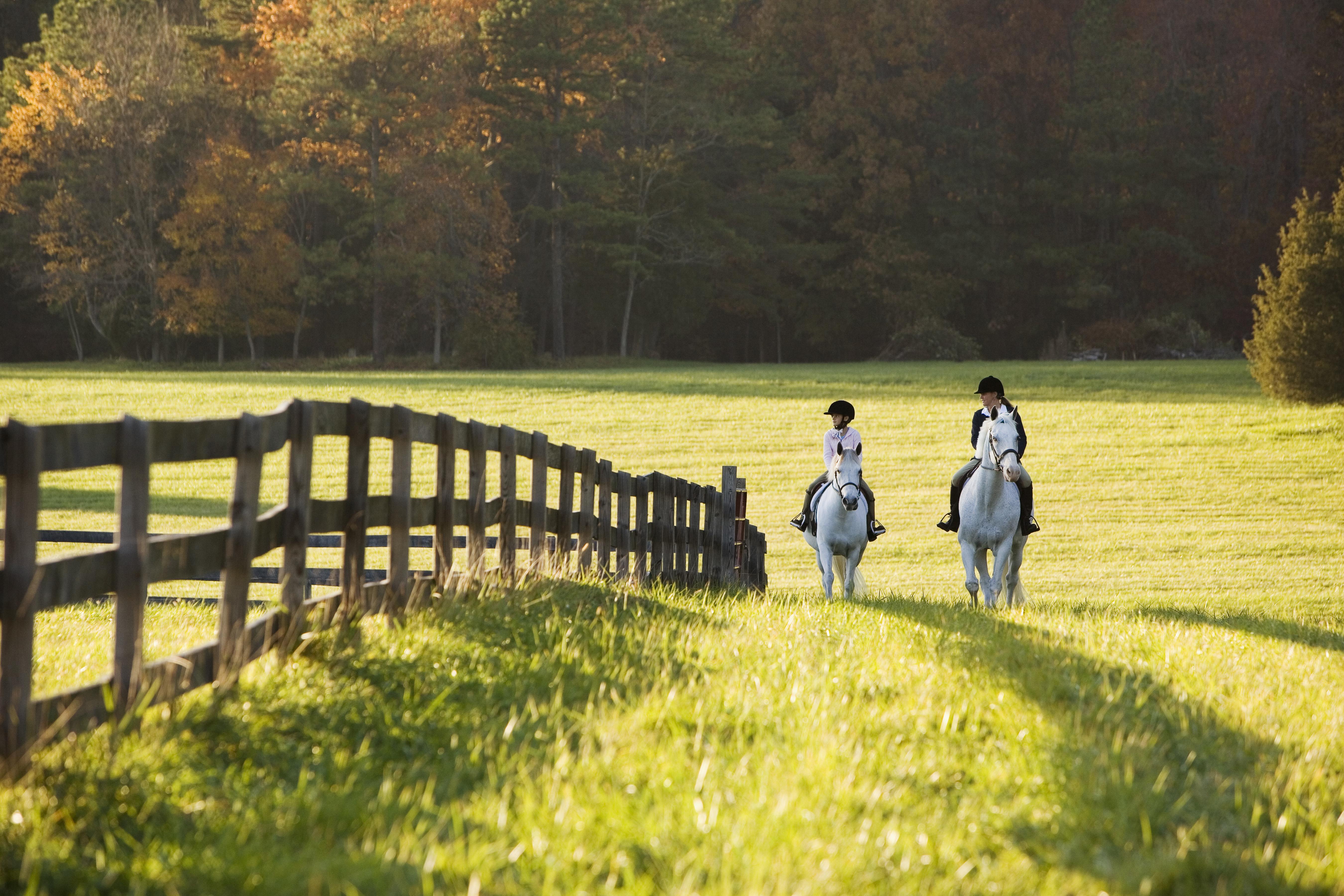 I was standing in the Dollar Store one afternoon, admiring a lady for her style. She was wearing flashy, studded jeans. She had long blond wavy hair. I was reminded of a character on the 1980s drama Dallas. I wasn’t sure if I was jealous or impressed or both. I started to get the“Well who does she think she is?” attitude so I wouldn’t have to like her.

But then I noticed she was wearing gorgeous rings on her fingers. The lady at the register noticed too and made mention of them, so I had to comment as well. The lady and I started a conversation. She was new to the area. We talked for a while. She was in the horse therapy calling. I found this fascinating as I grew up with horses and knew the impact horses had made on my life and the life of someone close to me.

We talked about an appreciation for the therapeutic qualities of horses for a while and, in doing so, we discovered a commonality. My new acquaintance found her love of horses growing up as a youth in the foster care system. Tears welled up in our eyes as I shared that my mother had the same experience. The moment was powerful.

Growing up, I was blessed with such a strong support system in both of my parents, it is almost impossible for me to imagine life without it. It is also interesting how my mother, someone who did not have a close relationship with her mother, was so able to be function as one — and a very good one, I must add. Technically, she knew her who mother was, and even interacted with her at different times, but she and her sisters were left as wards of a Catholic school somewhere in the mid to late 1940’s.

Mom was so young that she has little memory of life before this event. At the age of 11 she was sent into foster care and knew three homes before reaching adulthood. Surprisingly, she will tell you now, as she often does me, that she was, in fact, blessed.

It was during her time at foster care that she was introduced to horses. She was sent to homes on farms where she worked with animals, including horses. In relating to horses she discovered a gift she says “the Lord blessed” her with, and I am glad she has shared this gift and blessing with me.

When I was very young I had a golden pony named Daisy and, also when I was very young, I had my first experience getting bucked off of a pony named Daisy. But my first official horse was a gelding I named Ropeo. I named him this because he was quite handsome, but he had a very coarse, stringy mane. Ropeo was born on our property out of mom’s favorite mare and by stallion named Major. He was was a leopard appaloosa Pony Of America, brown and white and taller than the usual POA. 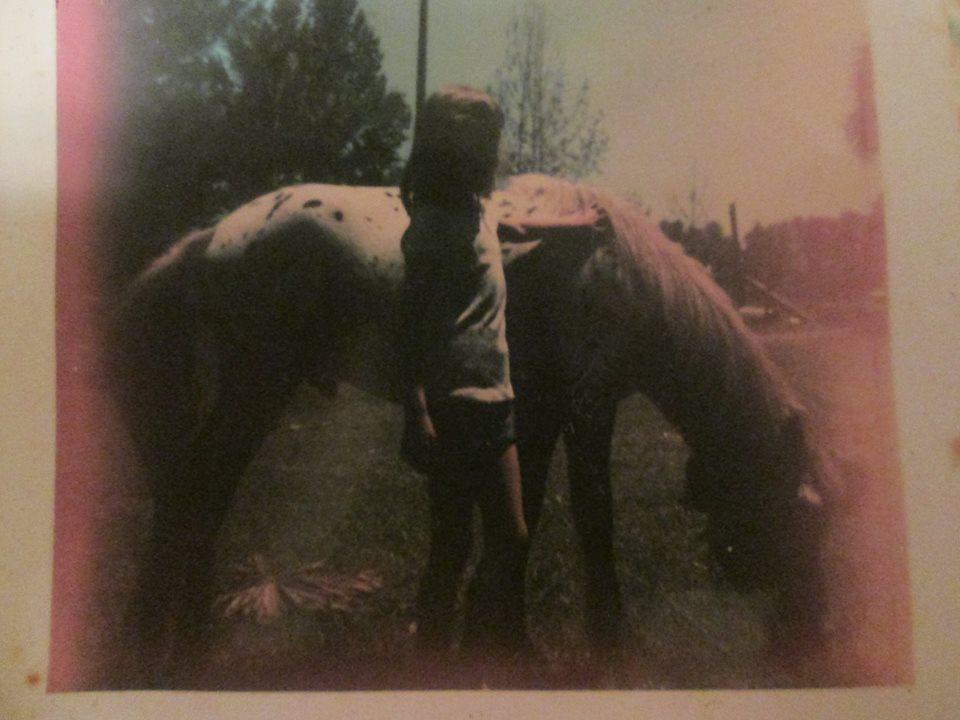 I was about 10 when my mom instructed me in a hands-on course in horse training. Mom does not believe in breaking horses. She believes in training them, in theory, as you would a child with respect for their unique mind, spirit and abilities. This required great patience on my part, and the cliche is appropriate here because it was worth the wait.

I was anxious to saddle up and ride, but I learned an appreciation for developing a relationship of mutual trust with an animal. I learned patience and reward. In the years I spent with Ropeo, I learned my mom’s method of training consisted of asking very little of my horse and then offering him lots of praise for whatever he was willing, according to his mood, to give.

I can remember sitting on his back gently nudging his sides with my feet, clucking like a chicken and using various phrases to prompt his forward motion: “Come on boy,” “Giddy up,” “Be a good boy.” And so it went. It was a great challenge to keep his head out of the grass and if, after a session, I only got a few steps after half an hour, I was still expected to pet him, brush him, feed him and build his self esteem.

Mom knew both my horse and I were learning, and though it may seem an ineffectual system by sample, no one could argue with the end results. By the time he was trained, riding Ropeo was like second nature for both of us. He was both a fun and safe horse. It was like having a dirt bike with its own personality and built-in governor.

We jumped logs and turned corners. I often ran him full tilt down into an old spring bed and up the other side where we stopped abruptly at the fence. While my other friends were playing video games or watching cable, I was often riding Ropeo down a country road to a little corner store to buy beef jerky.

Sometimes my friends would come over and ride Ropeo’s dad (we eventually had him gelded, too) and we would ride together. We must have been a sight with our horses tied to a post outside a store in the 1980s. To top it off mom let me use her union saddlebag to pack our snacks. My mom was very protective of me, but I guess she trusted my horse and I think he trusted me and enjoyed our adventures.

Ropeo was friends with everyone — he established relationships with other animals on the farm and even found a way into my dad’s heart. Daddy was not the horse lover that mom and I were. Mom was known to let the horses graze free in the yard. Dad usually found displeasure in their tendency to bite the lawn too short. But he eventually developed a soft spot for Ropeo.

They bonded over their shared taste in tobacco. Dad kept a variety of tools and things handy in the back of his pick- up truck. When he worked around the yard he liked to have things handy to grab. He liked to roll his own cigarettes and kept a canister of tobacco in the back of the truck. Ropeo was a curious fellow and had a very dexterous muzzle. He enjoyed rifling his nose through Daddy’s things, exploring his environment.

On at least one occasion he found and managed to open a canister of Carter Hall that Dad had left in the truck bed. Dad would inform us of this with a tone that suggested he was amused rather than irritated. He was entertained that the horse liked his tobacco; perhaps it was affirming.

Ropeo’s skill at making friends was not restricted to the humans. You see many strange things growing up on a farm. I am still perplexed by an activity I witnessed my horse engaging in. I think it must prove the existence of interspecies communication in the animal kingdom. When we had Ropeo we also had several dogs, one of which was a Blue Tick Hound, creatively named Tic.

Tic wasn’t one to accomplish much in the day time. He was a pet, we never hunted with him. This, however, did not stop him from answering the call of his pedigree. He would often cross the road at night and tree a coon in the cow pasture at dark-thirty. We had listened to him howl all night. It was a lonesome call, admirable until it became mind-numbing. He wanted recognition for his stellar tracking and treeing efforts, poor thing. But life found a way of rewarding him.

Perhaps Ropeo took notice of our negligence to appreciate the fine hunter because, for whatever reason, the two of them had worked out some kind of understanding. Tic would at times be known to lean his plump rear into the squares of the field fence until a fat tuft of himself protruded prominently through to the other side. And then Ropeo would proceed to groom this offering of dog hide with his teeth, in the fashion that horses use to groom each other. I really don’t have anything more to offer on that subject except that, perhaps, it shows that horses can be selfless and benevolent, and they are not speciest.

These curiosities and memories, when I think of them now, bring me a realization of how very much it meant to have had the experience of knowing and loving horses in my lifetime.

Now in my 40s, when I drive by a pasture and see a horse grazing, I think about how privileged I am to know something about their kind. Only now, in hindsight, do I realize how blessed I was to have shared my childhood with horses and with a mother who cared enough to bring this blessing into my life.