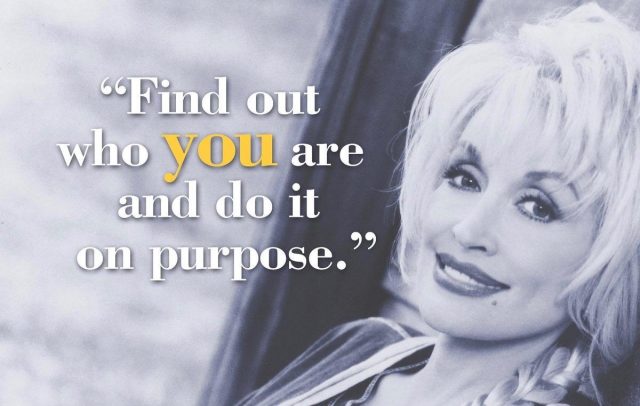 December 2, 2019DeAnn SloanAshley FranceseDolly Parton, Song lyricsComments Off on 10 Dolly Parton Lyics and How They Apply to My Life With Horses

Do you ever hear the lyrics to a song and think, “Man, if that doesn’t sum up my life!” This not only is true of our personal lives, but also our equestrian lives — especially when it comes to a lyricist as talented as Dolly Parton. 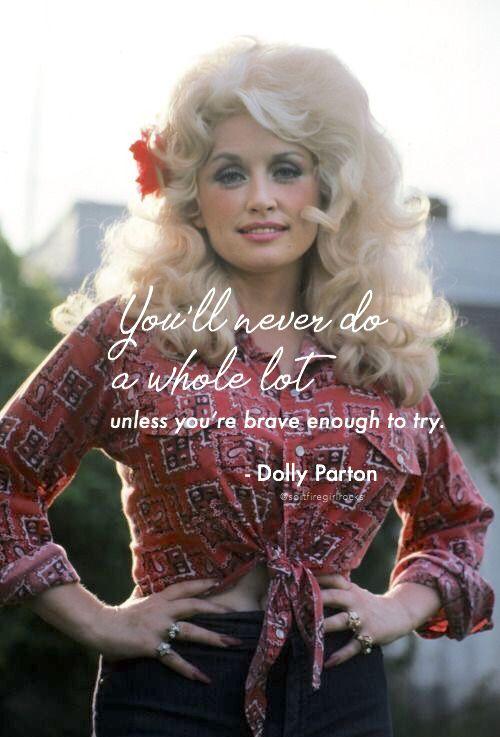 The song “Sugar Hill” follows a couple who meet as children through the many years of their relationship as they spend summers on Sugar Hill. This song always reminds me of my heart horse Genesis. We met when I was a teenager and were together until his death a few years ago. When I think of any of the summers of my youth, he stars in all of my memories. And I know I am not the only equestrian who had a long relationship with a horse that shaped my life. 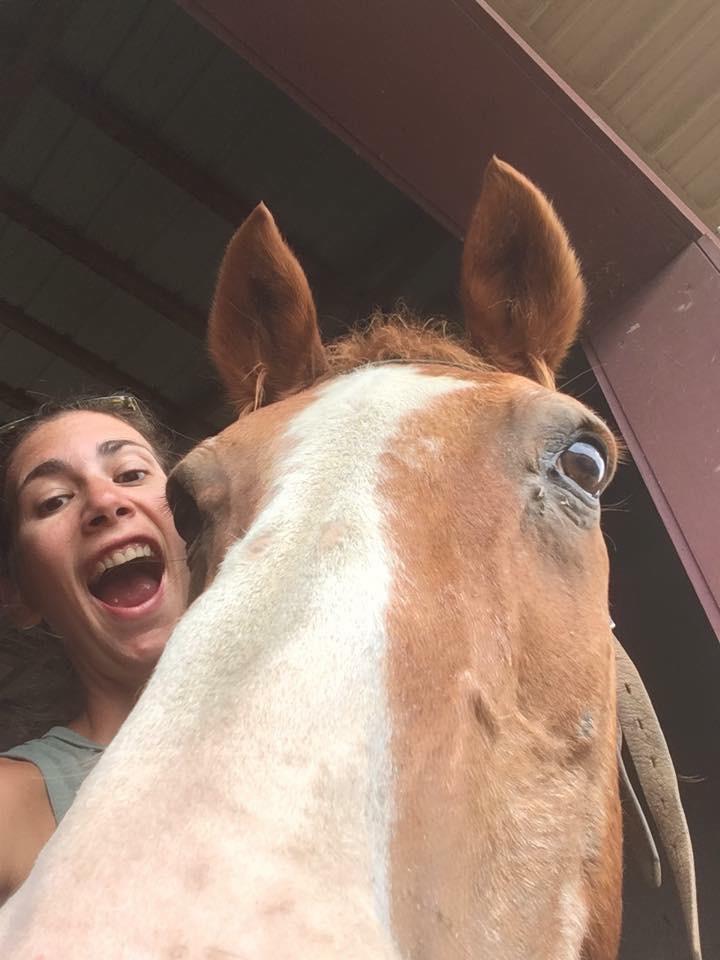 Genesis and me many summers into our relationship. Photo by Ashley Francese.

Just about every equestrian I know runs on coffee. Some days, especially show days when I am up long before dawn, I need a couple of cups of ambition.

This is admittedly my favorite Dolly Parton song, and I love the Trio (Dolly, Linda Ronstadt and Emmylou Harris). This particular song reminds me of how many young equestrians grow up feeling that they are different from their peers and then they find their people in the horse world. This is why I find it so disheartening when Danielle Goldstein or Fallon Taylor get bullied for being who they are. Because I see equestrianism as a place to be unapologetically who we are and to be accepted for that. 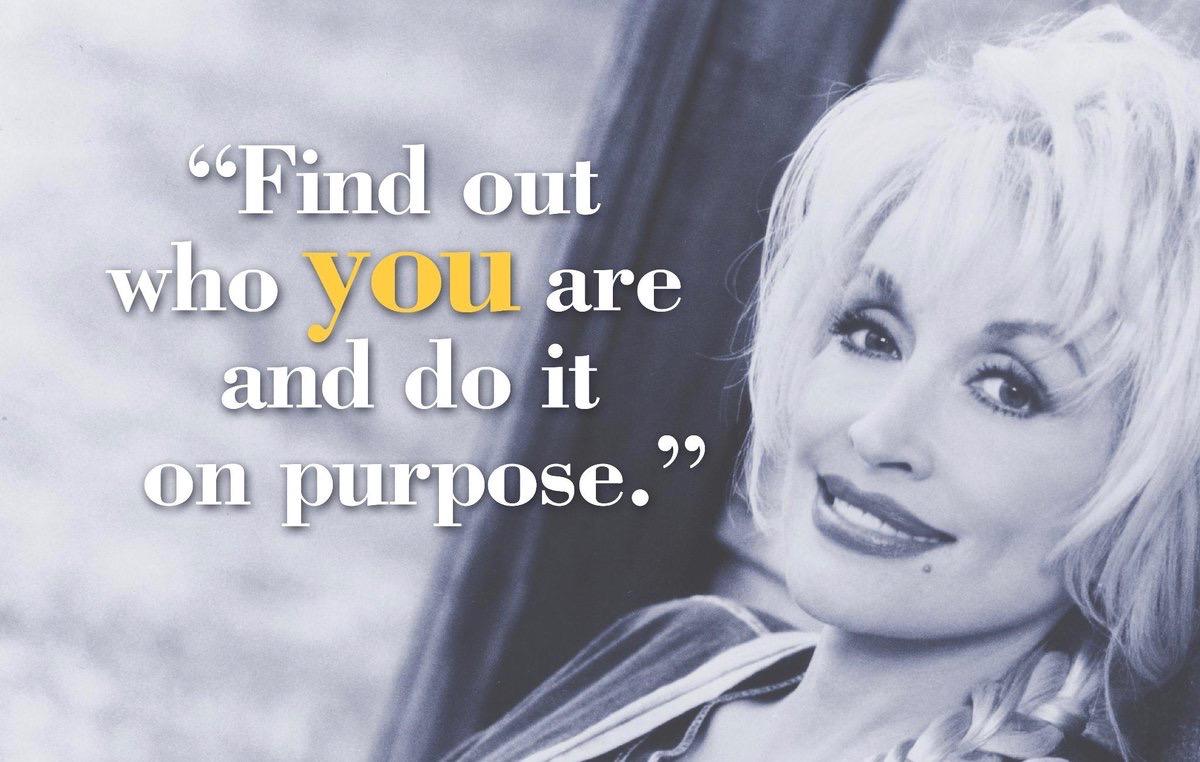 This quote applies to every equestrian who has ever had a heartbreakingly disappointing ride at a horse show and had to get their sh!t together, because ain’t nobody got time to have a moment when you’ve got a horse to attend to. Plus there’s usually wine right around the corner to take the edge off the disappointment.

“Just because a body’s different
Well, that don’t make ‘em mad
Well, they’ve crucified a many
For the special gifts they’ve had”
~ From “These Old Bones”

I work primarily with horses with behavioral problems, so this quote really speaks to me. Because often I have to think a bit outside the box to appreciate the quirks the horses that come to me have. Right now I have a guy in the barn who is especially different. He likes to have extreme amounts of pressure applied to him — especially to his head, and so training him has posed some challenges. But even though he’s different, he’s not mean and certainly not crazy. And I have to be able to appreciate that about him in order to be able to start to help him. 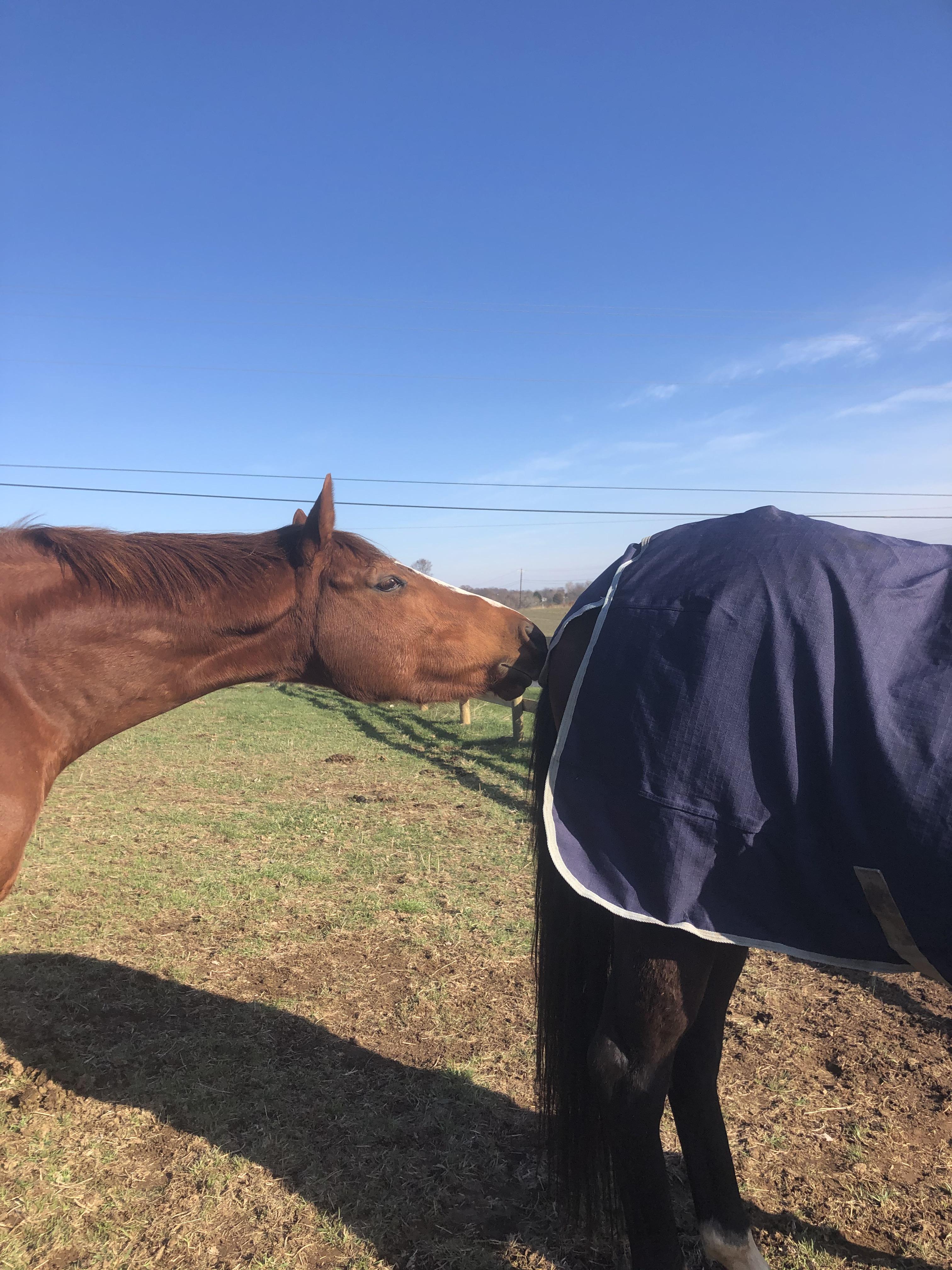 Every single time I come in from the barn looking like a hobo with hay clinging to my shirt and stuck in my hood, my hair mashed down by a hat, a low pony tail making me look like Alexander Hamilton and my husband looks at me with stars in his eyes, I think, “Thank goodness he loves me even when I look like this, because I look like this about 90% of the time. And otherwise it would be just me and the dog. For life.” 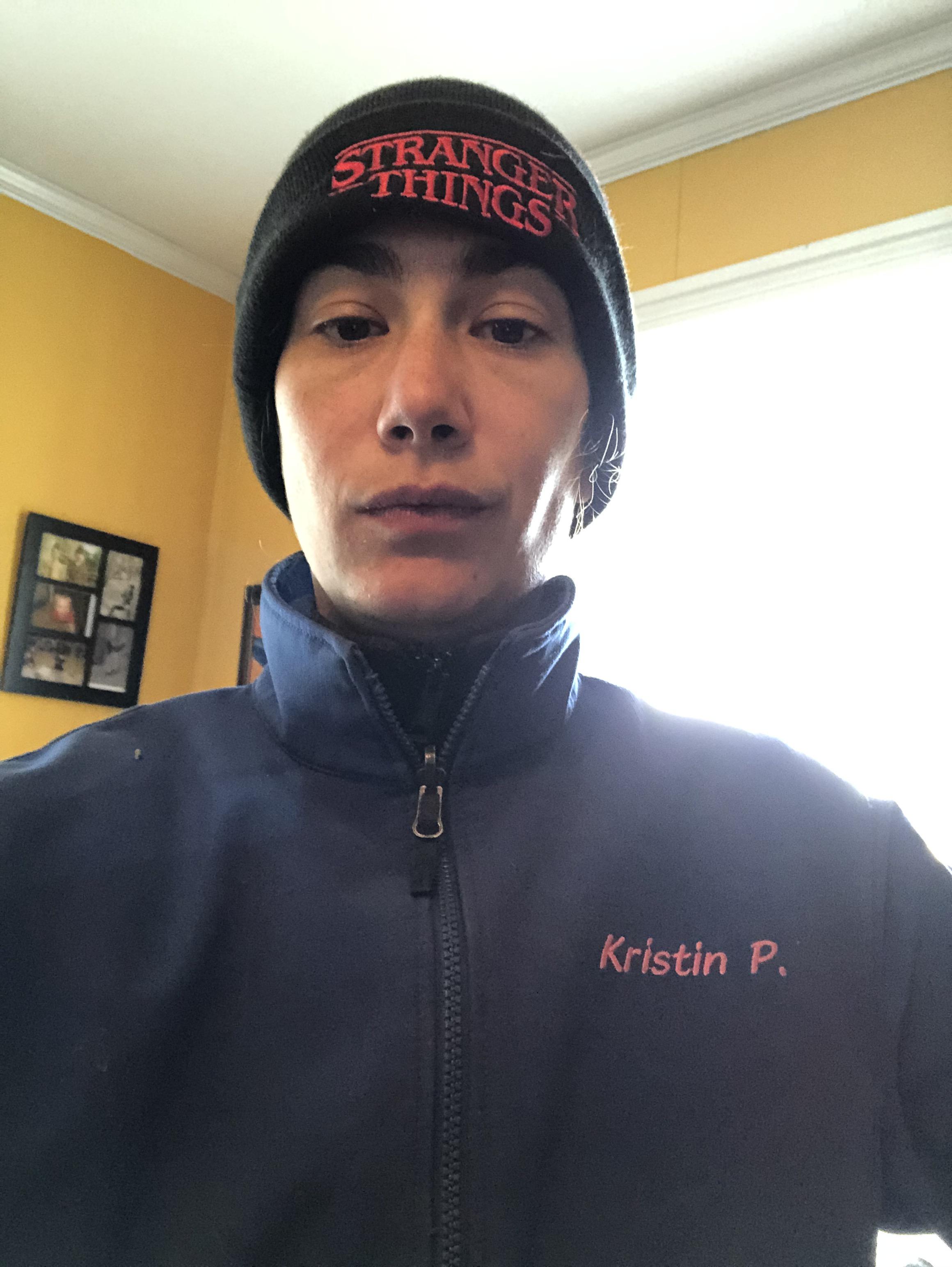 Me when I come in from the barn. Photo by Ashley Francese.

When you see a professional ride your horse. And you think, “The problem…is me.” 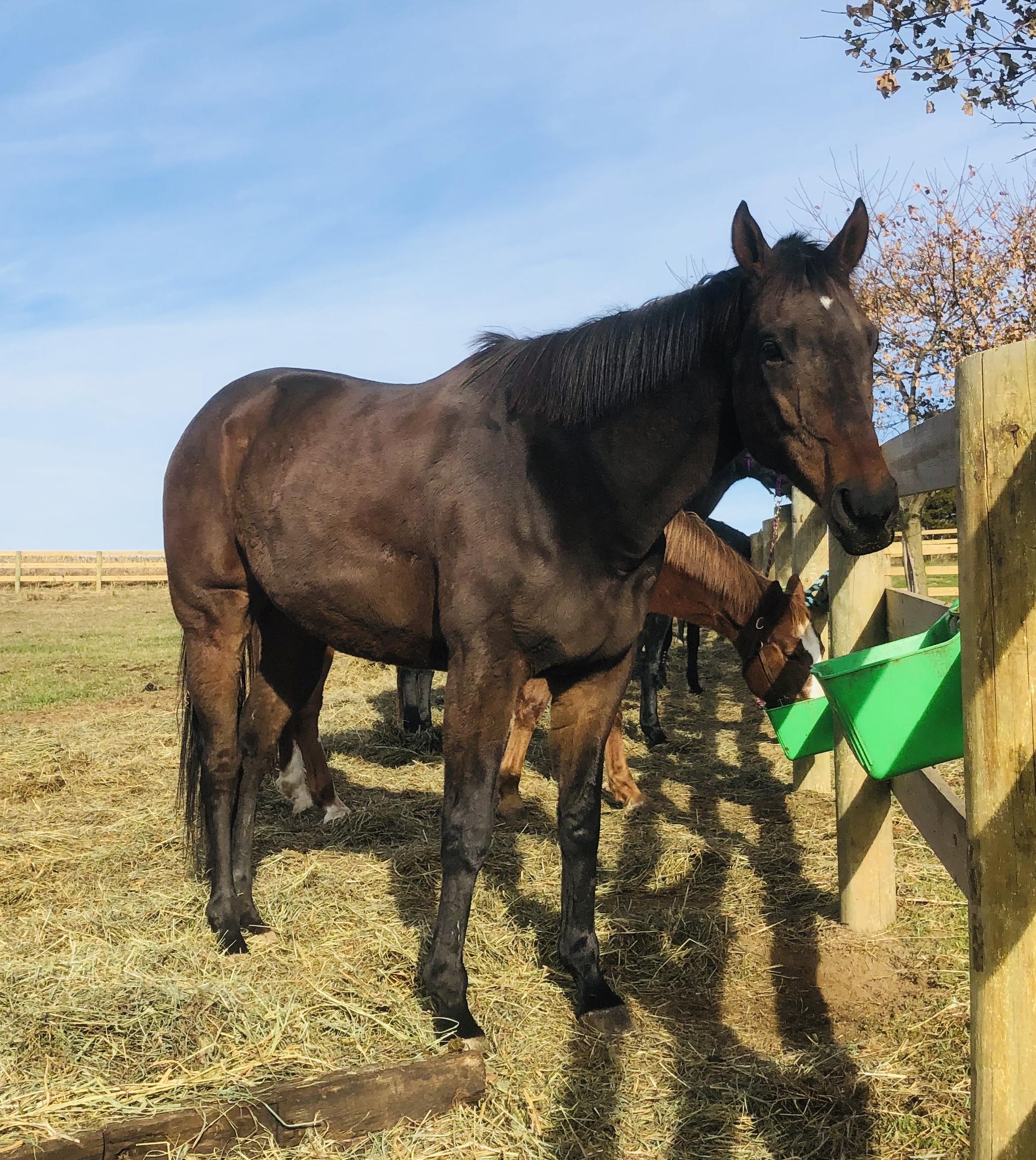 Admittedly Loretta Lynn is more of my horse Harper Valley’s style. When I first met him he wanted to take everyone to “Fist City.” I have told his story previously in How I Fell for a Bad Boy, but the lyrics to “Joshua” sum up our relationship pretty perfectly. When I met him everyone told me he was mean, but I just didn’t believe them. And now a year later, he’s just what I have been looking for and we’re living happily at our home. 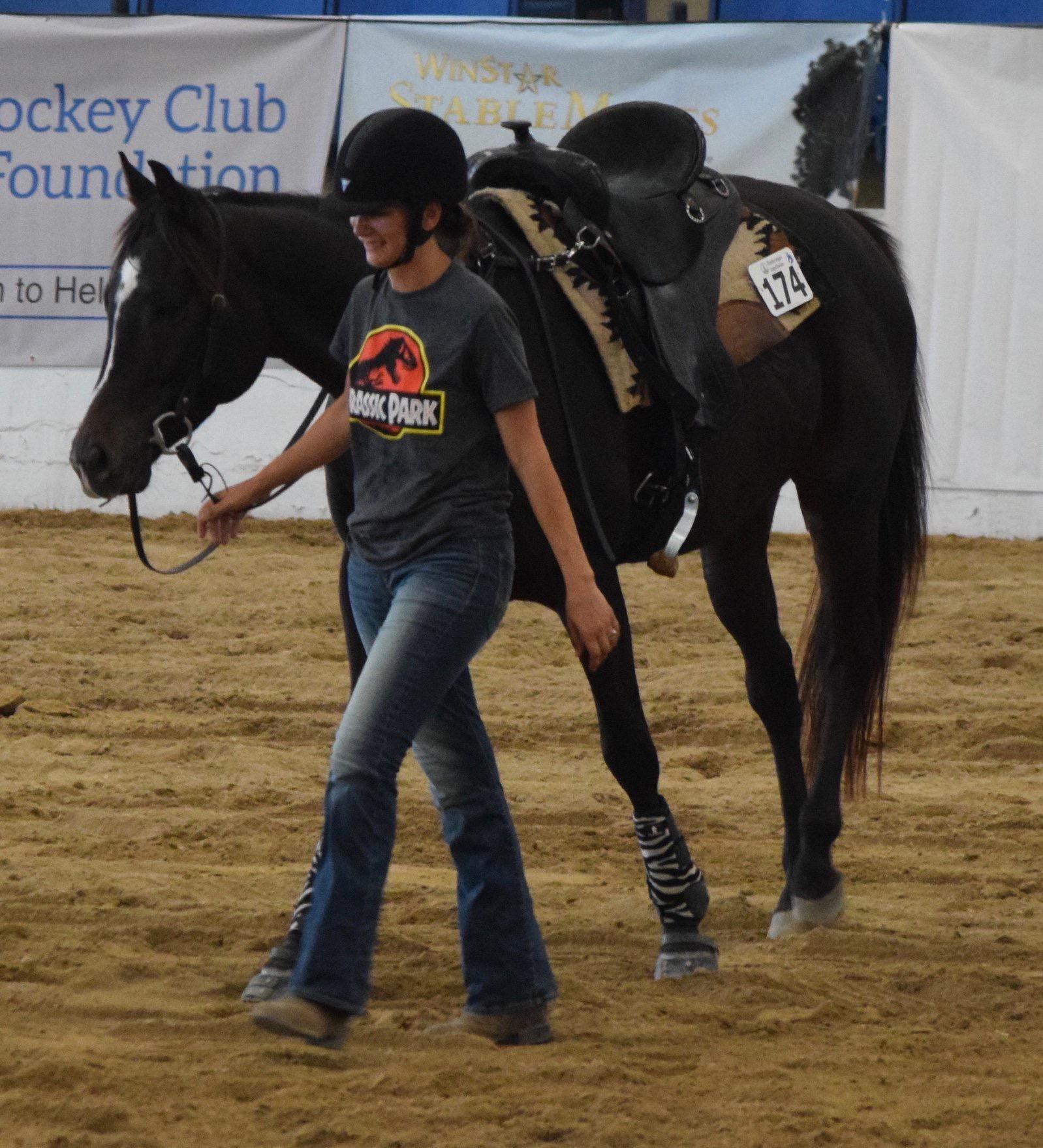 “Your life’s a wreck, your house a mess
And your wardrobe way outdated
All your plans just keep on falling through
Overweight and underpaid, underappreciated”
~From “Better Get to Livin’”

Has a more appropriate quote ever existed for professional equestrians. I don’t even feel I need to explain this one, but I will spell it out for any of you who think your trainer lives a charmed life for riding ponies. We is poor. Our houses are dirty even though our barns are clean. Sometimes we feel underappreciated, especially when our students take a clinic and go to a show and finally learn the thing we’ve been trying to teach them for months.

As for overweight, I know I eat more than both of my stepsons combined (and they are teenage boys)…working outside has this as a consequence. And with horses the Robert Burns quote is incredibly apt that, “The best laid schemes o’ mice an’ men, gang aft a-gley.” Or in modern parlance from John Lennon, “Life is what happens to you while you’re busy making other plans.”

With horses, you can never plan too far ahead, because they’ll pull a shoe, or get an abscess and you’ll have to go back to the drawing board.

When I first met my horse, Ant Man, known around the barn as Hank, he was ugly. There is no way to sugar coat that. Like the dog, Cracker Jack, in the song in which he is the titular character, Hank’s ribs stuck out. He was gangly and awkward and he was pretty seriously under-muscled. I remember when I first started working with him, people laughed at the idea that he’d ever be okay enough looking to do anything in an english saddle.

But I liked him. He had spunk. And after a lot of love, a lot of hay and a lot of long trotting, he turned into a handsome little thing. I think everyone has loved a horse that other people didn’t quite see the appeal of, and for me Hank’s that guy. He still looks alright to me even after all these years. 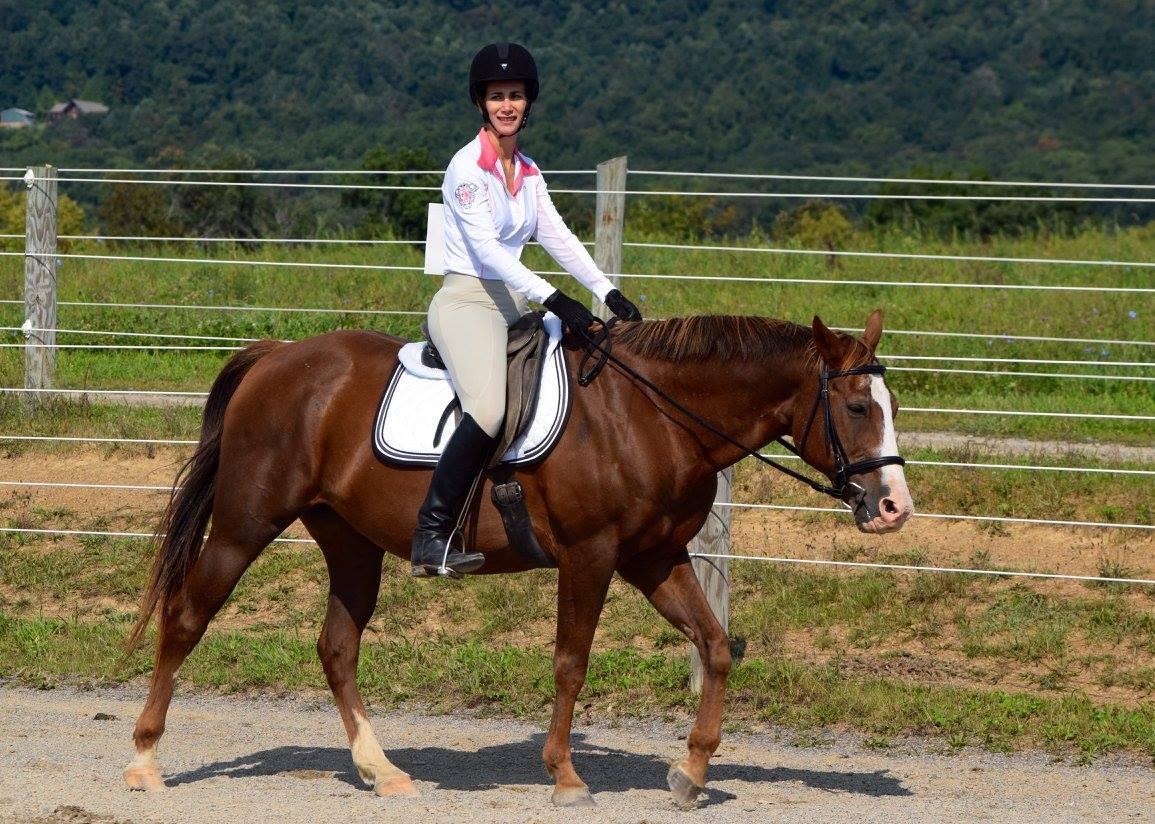 Don’t see your favorite Dolly Parton lyric represented here, feel free to comment with your favorite and how it applies to your horse or your life as an equestrian.

And if you are not a big Dolly Parton fan, these songs are a fun place to get started and most of them are available on Apple Music or YouTube. But be forewarned, her songs are catchy and you might just end up with “Sugar Hill” stuck in your head for a month of Sundays.