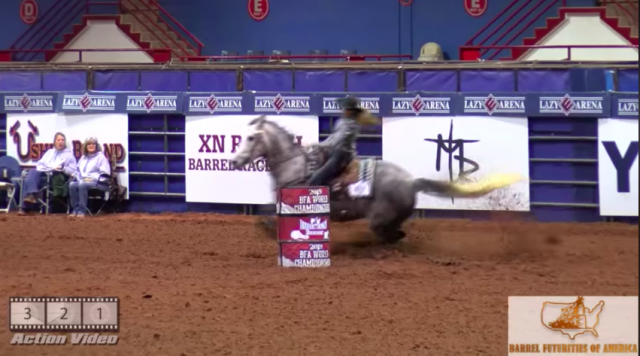 The Barrel Futurities of America (BFA) is a barrel racing organization that aims to unite the barrel racing futurity industry. The BFA World Championship is a week-long event in the Lazy E Arena in Gutherie, Oklahoma. Payouts exceed $1 million with both futurity and derby events.

Heading into the finals of the 2019 BFA Futurity, Kassie Mowry needed a time of 16.022 or better to take the lead. On board Epic Guy (Epic Leader – Frenchilicious – Frenchmans Guy), a 2015 model owned by Kristen Williams, Kassie Mowry ran a 15.470, clinching the win.