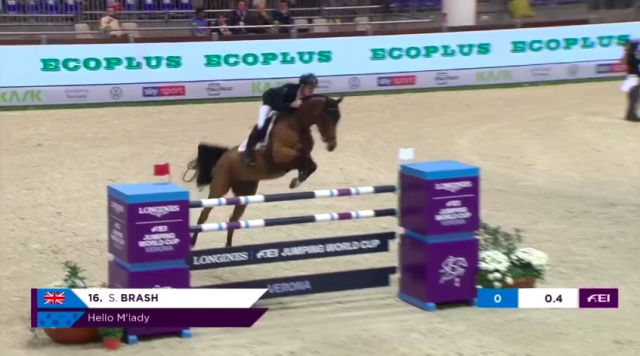 Even though Ireland’s Darragh Kenny was favored to win after a 36.06 second round, Brash (GBR) remained cool atop his 13-year-old Belgian Warmblood mare, knew what had to be done and finished out with a lightning-fast round of 35.55 seconds.