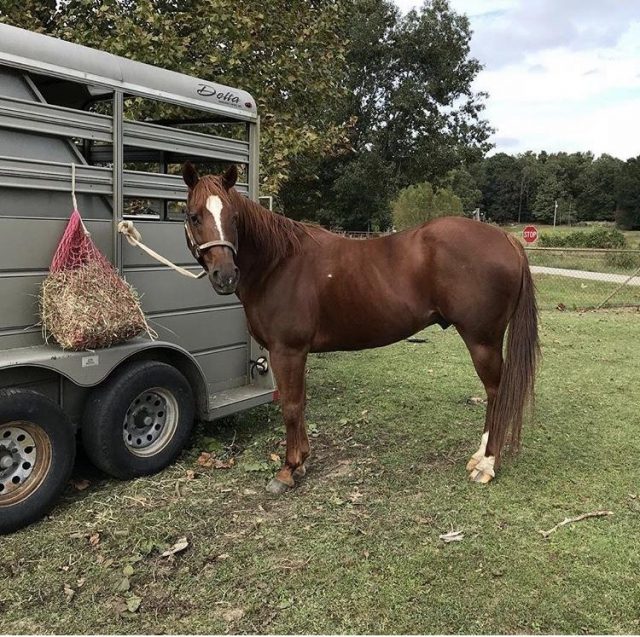 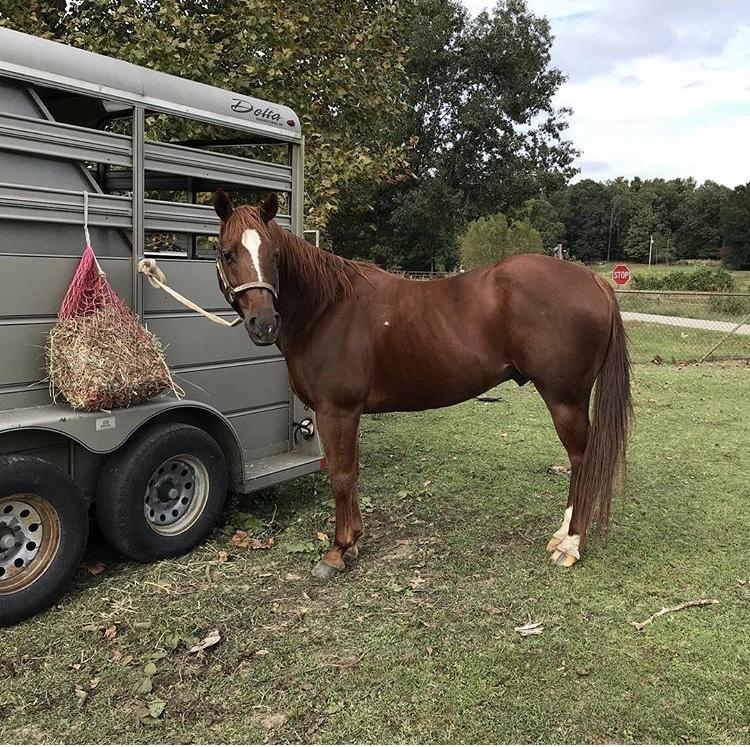 Last year my family and I (husband, baby and dog) loaded up with a new horse and headed to a local jackpot. Once we arrive there, I realized that I was more pressed for time than I would prefer. That makes me a bit on edge because I won’t get to do my lengthy routine… especially with a new horse. So as soon as I get out of the truck I’m a bit on edge.

I’m pretty particular about my pre-race routine. By nature, I’m just a slow person when it comes to getting ready for anything, so I need my time.

With a new baby this year has been a whirlwind of trying to figure out how both of us can continue to be competitive in the arena and take care of a baby all at the same time. We don’t have family help here as each of us is from different states, so let’s just say that it’s been a stressful thing trying to make all these things run like a well oiled machine. And let’s be honest, they still don’t!

Particularly so if you are a very ritualistic person like me, and things don’t go as planned — which they rarely do anymore!

Anyway, back to the jackpot. I’m there with this new horse I’ve never run before. My husband is honestly doing his best to help me, but of course he doesn’t really know that there is a special way I want the horse saddled and mane braided— this all does, in fact, make a difference how my horse will perform (not really).

I explain to him that really I need to do this for my own sanity and I just need him to take care of the baby. His response was, “Casey, you are at a jackpot with a free horse that might hit the 4D. Why are you acting like you are running for the average title at the National Finals?”

I’ve thought about that statement a lot. At the time he said it, it didn’t sit right with me. And a week later, it still doesn’t. What he was saying was one hundred percent a fact. I was at a barrel race that barely had 30 entries, on a horse that’s not gotten out of the 4D prior to that day. Why exactly was I all geeked out? 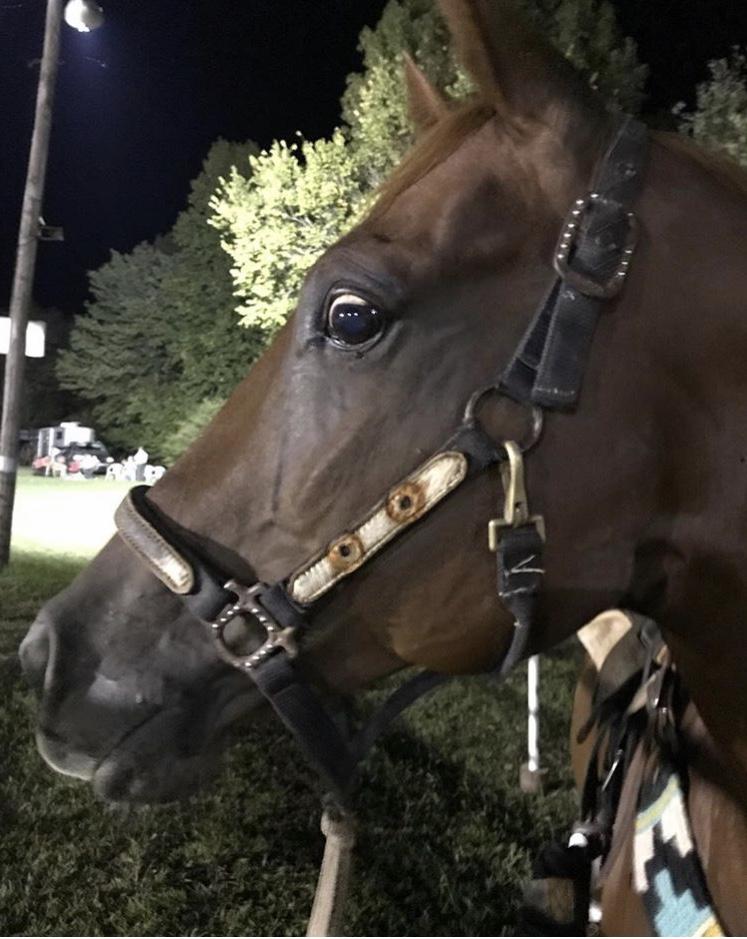 Pre-race face. This is not a look of confidence… should’ve gotten here earlier! Photo by Casey French.

I’ll tell you why, and some may disagree. That horse doesn’t know where he’s placed in the past, he doesn’t know how many entries there are or how much money is or is not added to this particular race. If I do not prepare and give him my best each time, then how in the world can I ever expect my horse to preform at his best when it all really is on the line?

They don’t know the difference!

I feel that keeping a routine is of utmost importance. The routine is calming for me because I know what to expect next, and the same goes for my horses. They rely on my consistency and my consistency gives them confidence. I become predictable for them. The preparation is only the beginning, but this where it starts.

With all this being said, things aren’t always going to go as planned. We are going to be late sometimes and things can happen beyond our control, but that should be more rare than common.

If I am consistent enough times, I feel I have a better chance of having a favorable outcome even when things don’t go quite as expected because of the confidence that I have already created. But in the beginning when there’s not much of a foundation to rely on, a positive outcome is harder to come by! So in the early days, that means I need to take even more time with my routine than I normally would

No one ever looks back and wishes they would’ve done less.